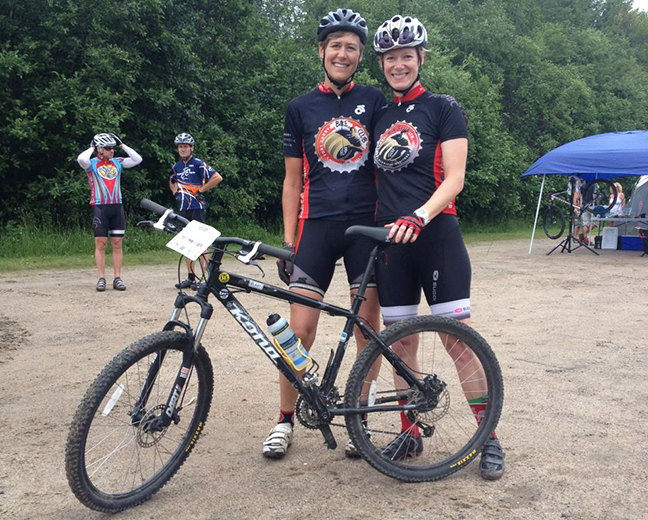 First, let me clarify that by ‘quick’ I am not implying whatsoever that at anytime during the Falcon Ridge mountain bike relay race on Saturday I was anything approaching fast. In fact, at one point, while momentarily under the delusion that I was going fast, Olli the Finnish Flash came rocketing by me – like a man, as Jonny G would describe it – and silently assured me I was not going fast at all.

‘Dirty’, however, is something I was. Not in the sexual slangy sense, but rather in the fact that I was covered in dirt. And blood. And sweat. And gallons and gallons of the highest octane (yet oddly ineffective) insect repellants money can buy.

The 24 Hours of Falcon Ridge mountain bike race is a much loved annual affair happening in a rocky lakeside haven in southeastern Manitoba. Racers ride a seven kilometre course for 24 hours, banking as many laps as possible. The event is open to solo racers as well as teams, and includes relay options. I can only assume that had I elected to do the full 24 hour solo event as opposed to the eight hour relay, I would be roughly six times more bitten, bruised and dehydrated – and most likely dead.

Some of you may remember my first attempt at this race two years ago. Some of you have enjoyed the video more than I think is normal.

This year I teamed up with Charlene, the lovely Missus G, a fellow lanky lady who loves to bike fast and knows a thing or two about staying upright on the technical stuff. While she was certainly the muscle, I was charged with coming up with a fun and creative name for our team, penning one only slightly more creative than ‘Andrea and Charlene’. 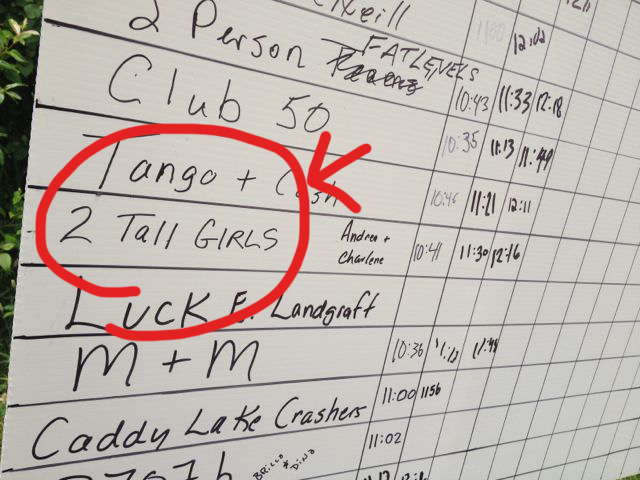 As you may know, I am not much of a mountain biker. Part of this may lie in the fact that I do not mountain bike much. Although they say that people tend to like things that they are good at, I do like mountain biking in spite of not being good at it whatsoever. Regardless, it’s easy to say I prefer the nirvana of the open road, providing it stays under the rubber.

Although bikes factor highly in both disciplines, that is where the similarity seems to end. For example, I have never been to a road race where the preferred pre-race fuel was White Russians. 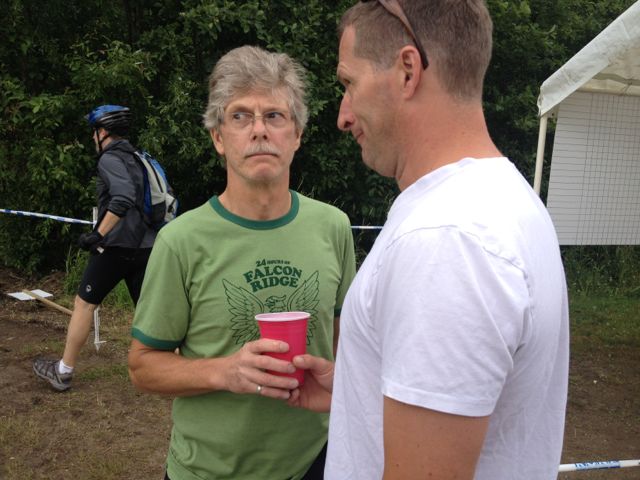 However, I think that would be a welcome change.

When a stray deer wanders onto the road, in addition to being lost and confused, they can be a also hazard. When a human wanders into the bush, it is much the same thing, but in reverse. 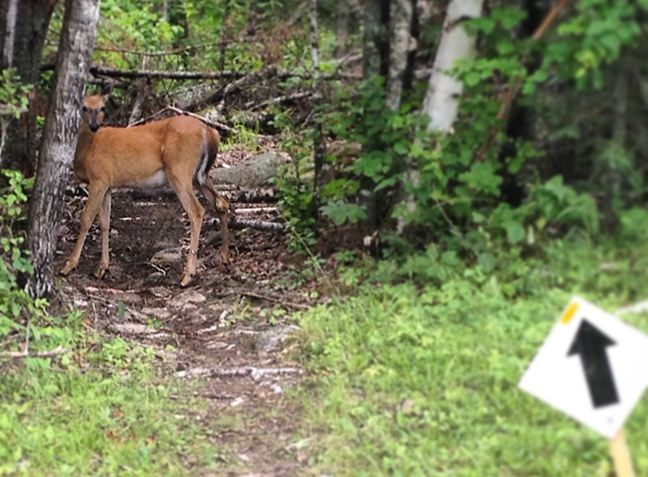 “…the fuck? Stupid human must be lost. Shoo!”

There are other things you will probably never see at a road race. For example: 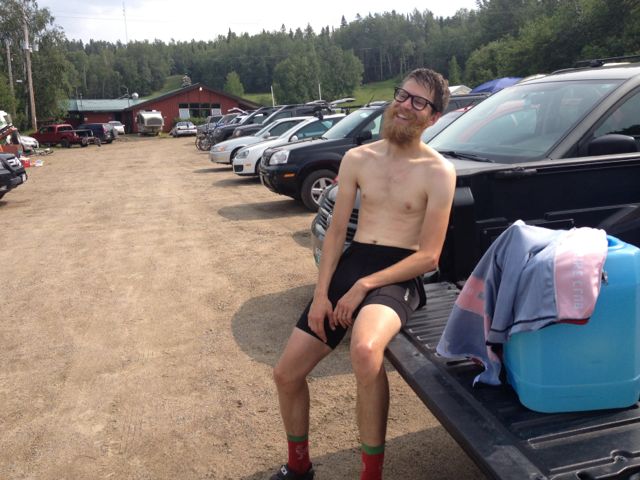 Children playing barefoot. I bet their parents are hippies. 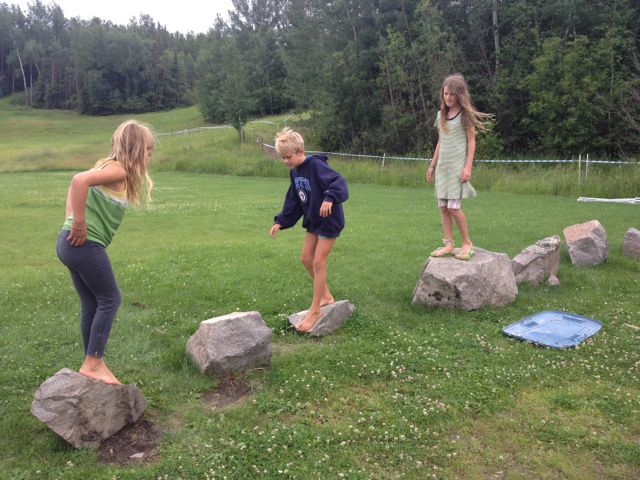 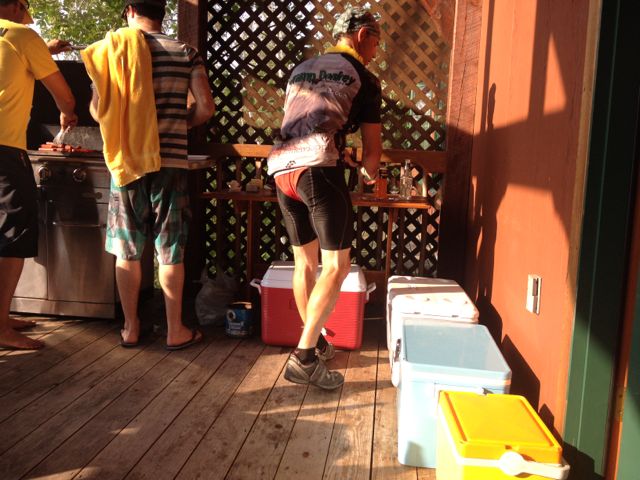 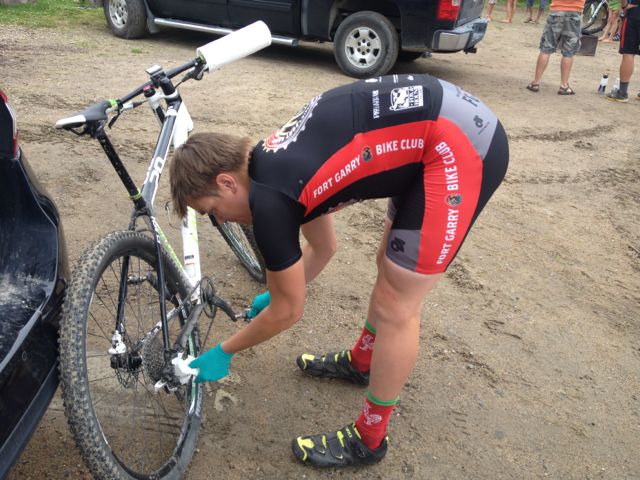 After all, we are not savages.

And yes, I was smiling.

Huge thanks to Bill Algeo and the Birch Club, and Dark Red Racing, who braved the relentless bugs to clear the course. Thanks also to Falcon Trails Resort who open up their beautiful little pocket of the world to a bunch of smelly (and somewhat inebriated) bikers. Apologies to Sweet Sweet Cheryl Koop, who narrowly avoided death (and barfing) while a passenger on my first ever attempt to drive a quad. Yeehaw!

← Fantasy Tour Talk
The First Cut is the Deepest. Here’s How to fix that Mother. →