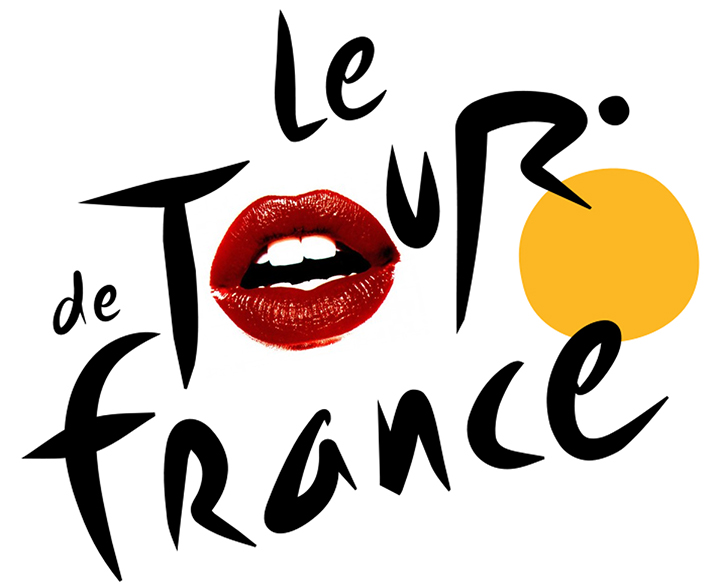 Next to my birthday, the Tour de France is without question the most wonderful time of the year. While the minions work furiously at whatever it is they do, I sequester myself in my office watching a shitty feed of the day’s stage on my laptop and pretend to work. Even still, as enthusiastic a fan as I am, trying to keep track of twenty two teams and one hundred, ninety-eight riders is damn near impossible. And so when the time comes to pick my team for the Fantasy Pool (which isn’t nearly as sexy as it sounds), I select my riders based on fairly unconventional, yet mathematically sound criteria:

It may come as a surprise, but I rarely do well in the Fantasy Pool. No matter, rather than dwelling over the lacklustre performance of my good-looking, yet talentless team, I entertain myself by following the various dramas and side stories that inevitably form around this grand dame of sporting events.

This year the drama began long before the racing did, when Team Sky surprised everyone by cutting Sir Bradley Wiggins from their Tour dream team in favour of the younger and arguably faster Chris Froome. You have to admit it takes some balls to sack a knight, especially one with a famously bad temper. “FOUL!” The Brits cried! “FOUL BALL!” and furiously began growing their sideburns in protest. As you know, Wiggins was knighted by the Queen two years ago after becoming the first British cyclist to win the Tour de France. As such, Sir Wiggo McPottymouth joined the impressive ranks of  Sir Elton John and Sir Jean Luc Picard, who will undoubtedly lay down their lives to protect Her Majesty’s empire should the unfortunate need arise. 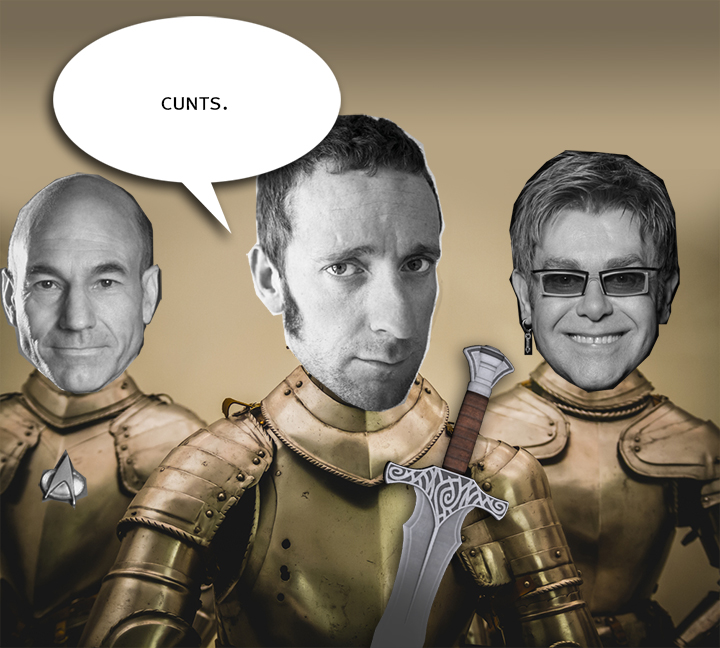 Crashes are, without a doubt, the hockey fights of pro cycling. They are terrible things to watch, but add an element of excitement that gets bloodthirsty fans worked up into an incredible lather. We peek through spread fingers as our favourite riders hit the deck at speeds equivalent to being thrown out the window of a moving car. In addition to being horribly painful, a crash can change the outcome of the race faster than you can say Polysporin.

There was no better example of this than the series of crashes that caused Tour favourite Chris Froome to abandon the race in Stage 5. (Froome may have been a favourite, but only scored a miserly six out of thirty on my fantasy scale, so was not one of my picks). Although Sir Wiggo made public statements in support of Froome, I can’t help but think he is doing a celebratory schadenfreude chamois dance behind closed doors.

After being dethroned as the most hated man in cycling, Alberto Contador slithered back into the peloton a year ago after riding out (if you’ll excuse the pun) his suspension for eating steak (a.k.a. dope). He was a favourite in this year’s Tour until Stage 5 yesterday, where he got his ass handed to him, losing a whopping two and a half minutes to the equally diminutive, but less disliked Vincenzo Nibali. While ‘Nibali’ does sound a little like it might rhyme with ‘Pantani’, Nibali lost major marks with his hideous Italian champion jersey, which caused quite a stir among those of us who are petty enough to care about these sorts of things. 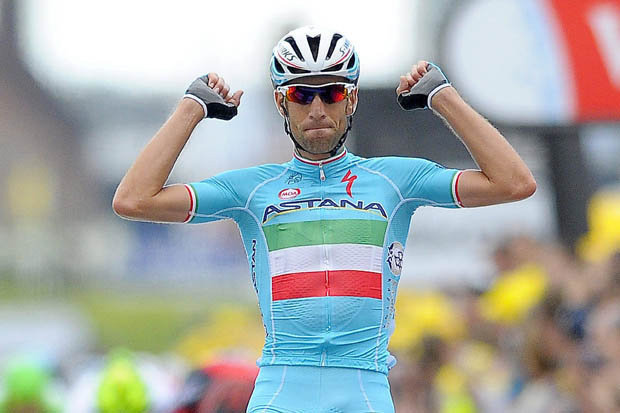 The colours of the Italian flag clash so badly with the Astana team colours it makes my eyes bleed. This might be excused if they had actually bothered to run the flag stripes in the proper direction, but like my very liberal college drawing instructor once told me during an awkward discussion about sleeping with short men, it doesn’t really matter when you’re lying down.

Speaking of such things, poor Nibali defied all Italian convention by striking out with this podium girl in spectacular fashion. (fellas, you might want to look away)

Of course one rider who is always on my Fantasy team is none other than my adorable boyfriend Mark Cavendish. Even though his name sounds nothing like Pantani and his team kit is forgettable at best, he scores a clear three hundred on my Fantasy scale. If you are new to this blog, you may not be aware of the special relationship I have with the Manx Missile, but I assure you it is as genuine and reciprocal as it is fictitious. 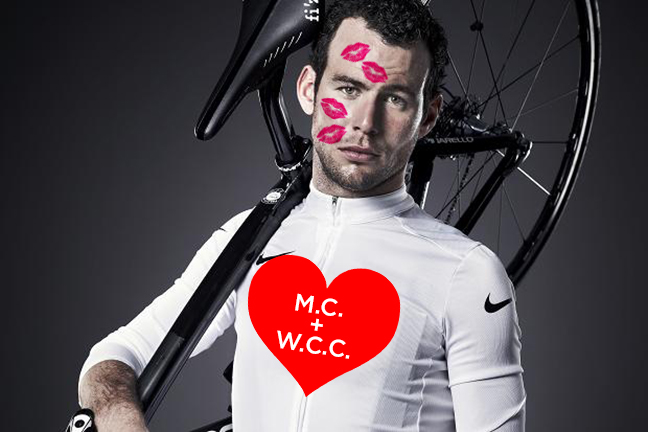 Needless to say I was gutted like a fish when he crashed out of the race in the final sprint on the very first stage. Crashing is nothing new to Cav, nor is causing crashes for that matter, but this one was different in that he was badly hurt AND admitted the crash was his fault. Perhaps in addition to dislocating his shoulder, he took a hit on the noggin as well.

And so I find myself in the unfortunate position of having even less chance than usual of garnering any points whatsoever in the stupid Fantasy pool AND having to find a new boyfriend.

And they say riding the Tour is hard.

In other news, Andy “Abandy” Schleck has withdrawn from the race, citing a knee injury from his unfortunate run-in with a spectator. It is 99.9% likely that Schleck would have abandoned on the wet and cobbled Stage 5 anyway “because it’s hard”, but the spectators this year have been an increasingly frustrating and dangerous part of the race. In the efforts to wow their friends with clever selfies taken from the middle of the peloton, these bone heads put their lives and the lives of the riders at terrible risk. 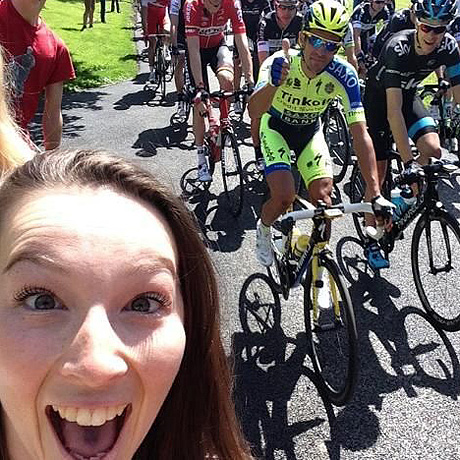 I think even El Pistalero could be forgiven an errant elbow to the back of this gal’s silly head. She must have got him on a good day, unlike this guy a few years ago who wasn’t so lucky. 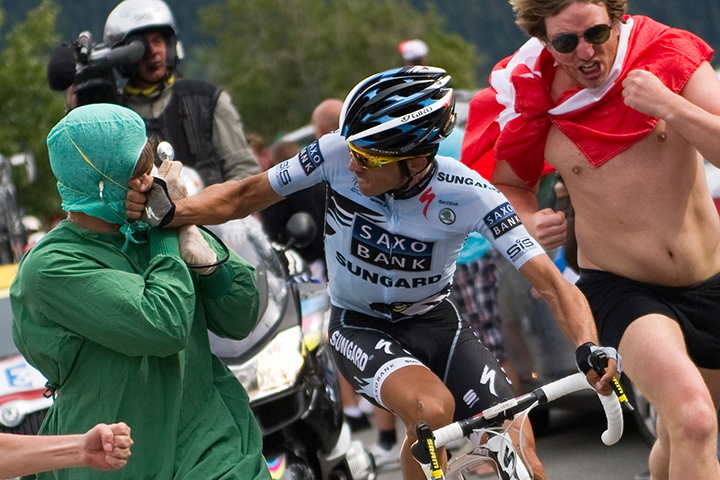 And so the Tour continues, and while I’m disappointed that Cavendish is out of the race, I’m happy to have his company on the couch as we watch the rest of the race unfold. After all, it’s my fantasy.