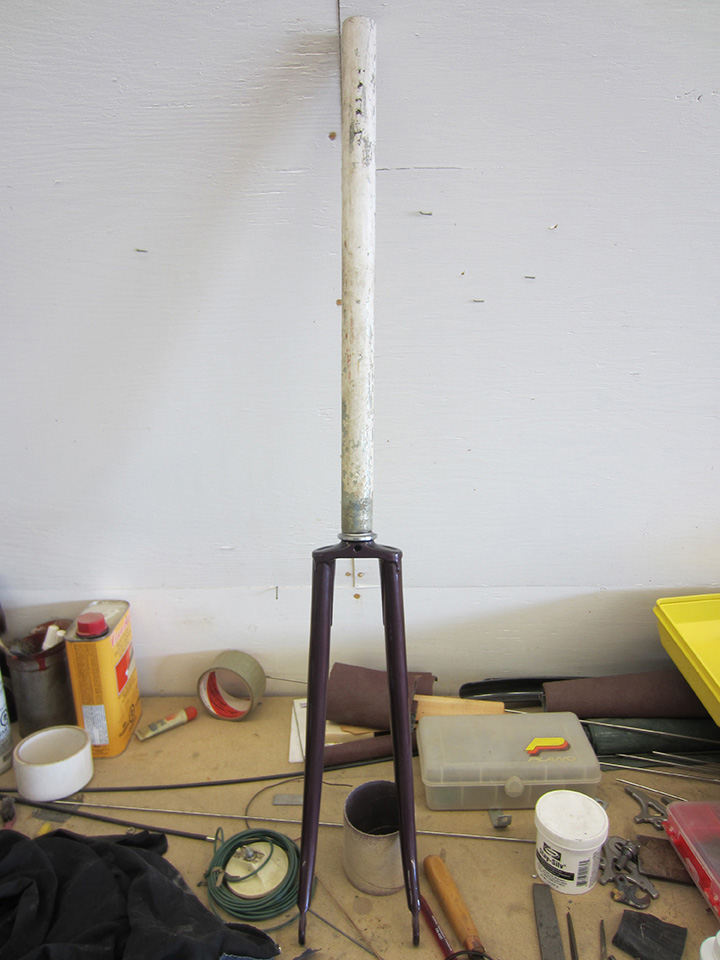 In the grand scheme off things, a cracked fork is no big deal. In the somewhat smaller scheme of a bike restoration, however, a cracked fork is a fucking catastrophe. This post is about a broken fork and how my friend Lyle saved the Guerciotti project from a swift and early demise.

I was in the car, driving back from what was supposed to be a very happy visit to Olympia, where one of the mechanics was going to use the “special headset wrenches” to do the final tightening of my headset. It was, a momentous and proud occasion.

After the headset was firmly in place, I happened to mention I was having some trouble getting the stem to slide into the steer tube, trying my best not to be lewd. Scott (one of several) stepped over to have a look, and in doing so discovered a nasty crack in the top of the steertube. This was not good news. The steer tube is part of the fork, a pretty essential part of the bike, and I was going to have to find a new one. It was at this moment the Guerciotti came perilously close to landing in the dumpster behind Olympia.

I looked everywhere from local bike shops to the Interwebs, and had people as far away as Los Angeles looking for a suitable (and affordable) replacement. And of course I whined about my predicament to anyone who would listen.

This is where Lyle comes in. I decided I would let him tell the story from his perspective (with some added commentary from me). He promised to take pictured of how he repaired the fork. In return, I promised to make him famous. 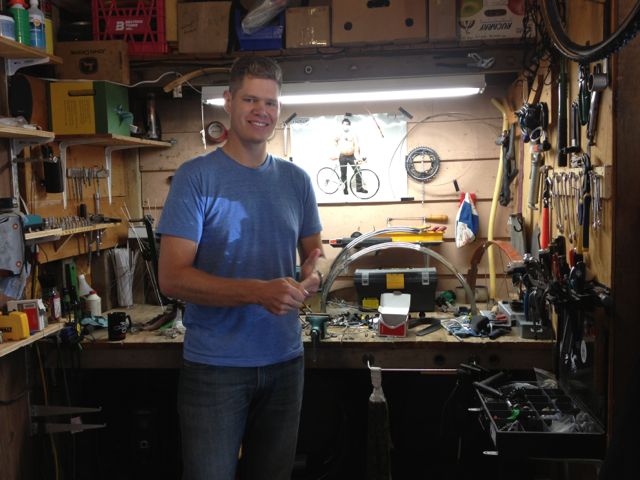 CycleChick: Go ahead Lyle. It’s all you.

Lyle Wiens: A couple of weeks back, at the beginning of a weekly bike ride, I overheard Andrea lamenting the fact that her newly powder-coated fork for the “gwerchy” project was cracked.  Never missing an opportunity to demonstrate to the “Citiots” (no offense Andrea…it’s just such a good word) how ignorant they are about how things are made, I jumped in on the conversation.  It turns out that the top of the steer tube had a small crack in it at the top. 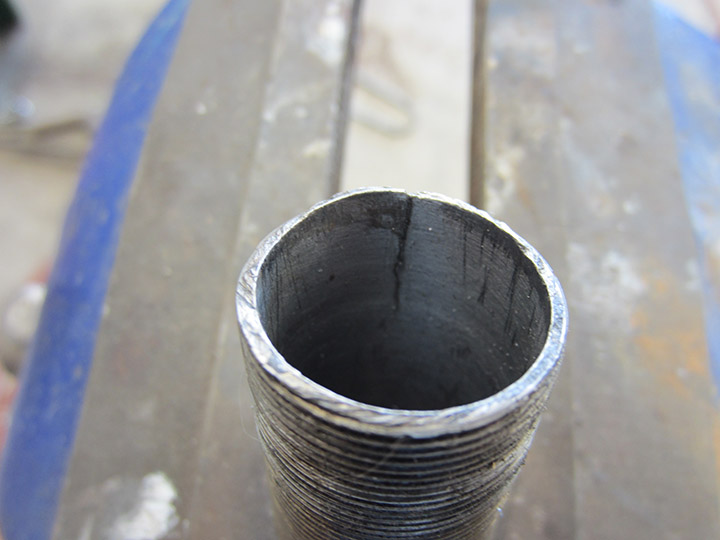 “What? You can FIX the steer tube?” she said.

“No problem, I do it all the time.” I said. “Seriously, I’m eight feet tall and very few forks come with steer tubes long enough for bicycle frames big enough for giants.”

CC: I should clarify that Lyle is actually 6’8 and a trim 245. So yes, finding things that fit can likely be a challenge.

“Yeah”, I told her, “I’ll just cut off the existing steer tube and weld on another one.”

“Wow!” she said. “Lyle, you’re amazing….so talented and handsome to boot!” This went on for a while – Citiots tend to swoon at the sight of a tall, talented, hipster farmer. 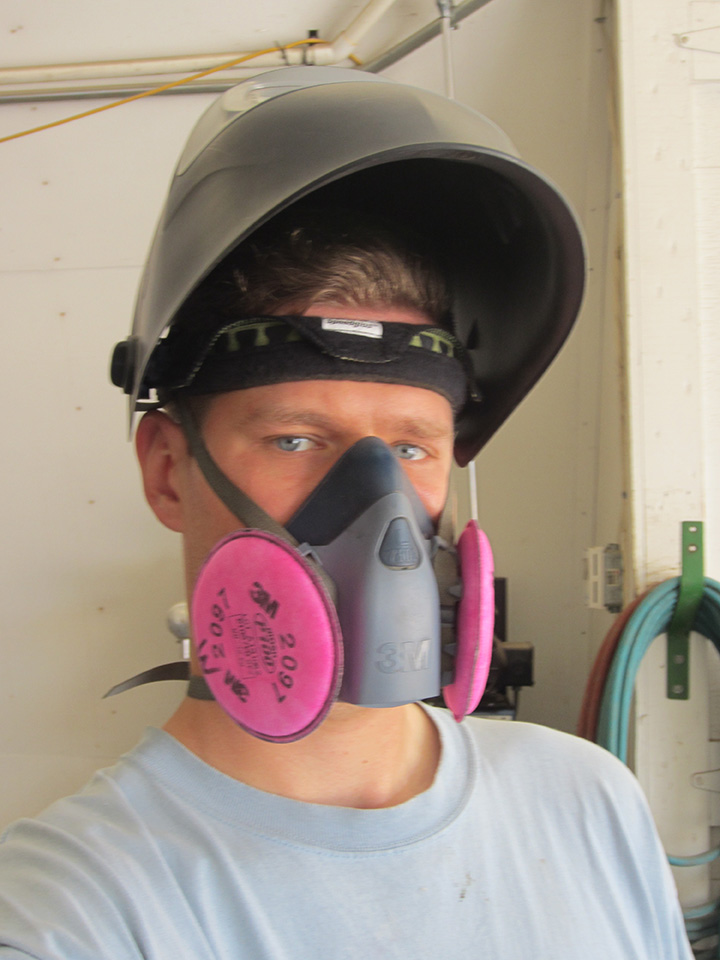 So then she asked me if I was sure it would be strong enough. The one benefit of being a Clydesdale is that if it doesn’t break while I’m riding it, it won’t break while you are.

Andrea brought me the fork a week or two later and I took it to my shop and welded on a replacement. The original steer tube was cut, then a smaller steel tube sleeve inserted in to reinforce the joint. A new top was then threaded and welded on to the fork. Like so: 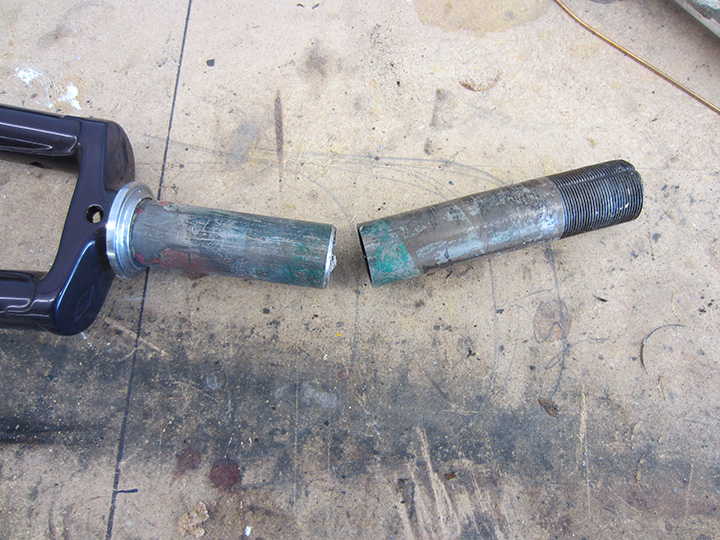 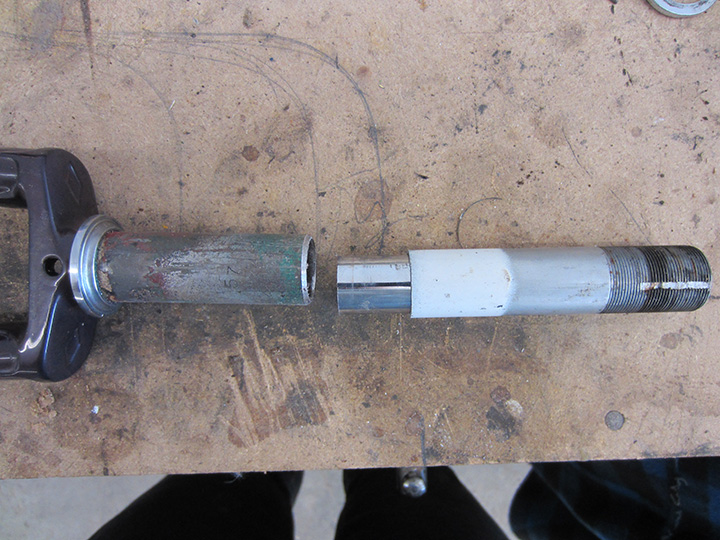 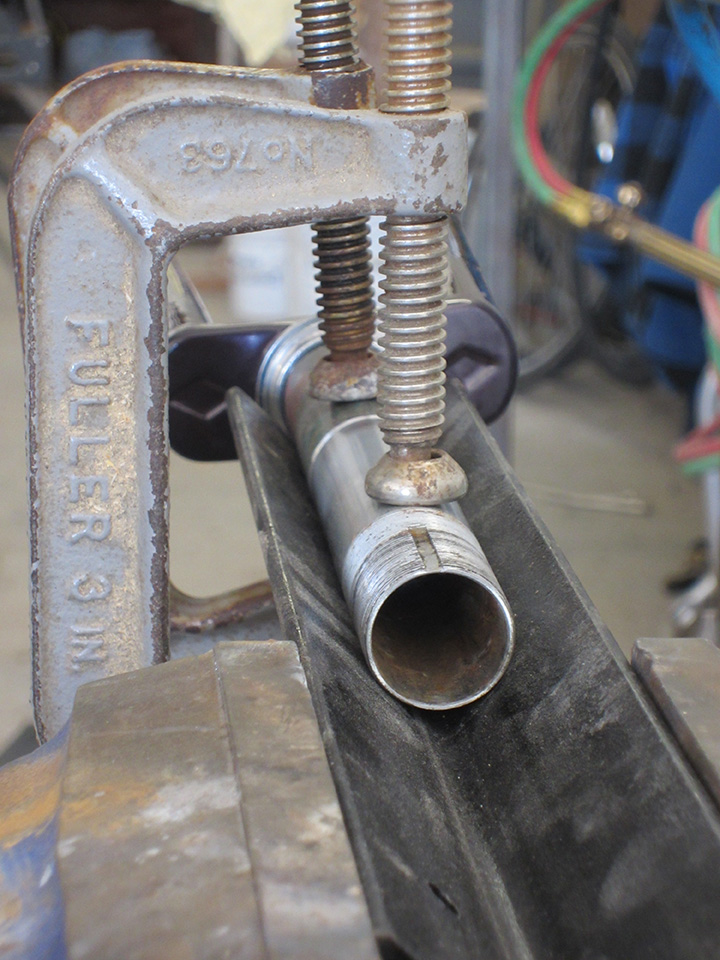 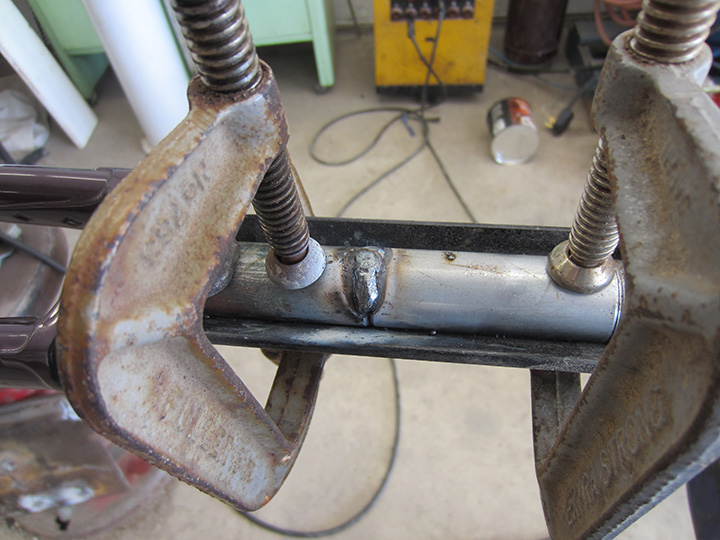 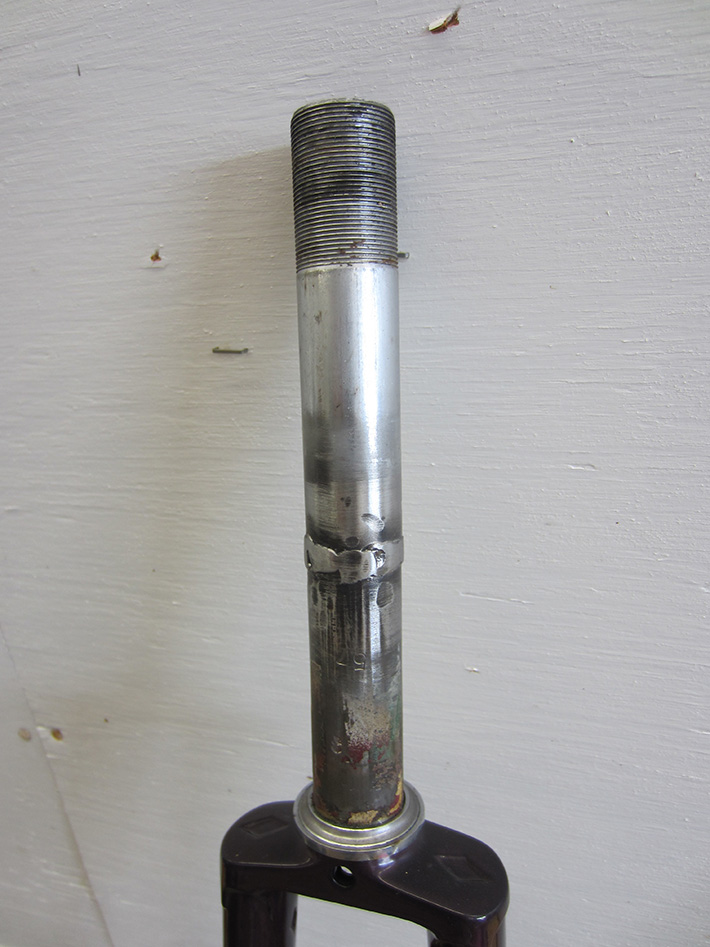 CC: And it is perfect. You truly saved the Gwerchy. When you’re not busy marrying your cousins, you country folk are pretty handy. Thanks Lyle!

By the way, the image at the top of this post was emailed to me by Lyle, with the note: “Andrea, your fork is done.” To which I parlayed my abundant thanks and asked if I needed to get it cut and threaded. Lyle had to tell me it was a joke and that it was just an old pipe he found lying around the farm. Citiot indeed.

← Product Review: Sugoi RSE Jersey & Bib Shorts
Is it getting dark, or is it just me? →