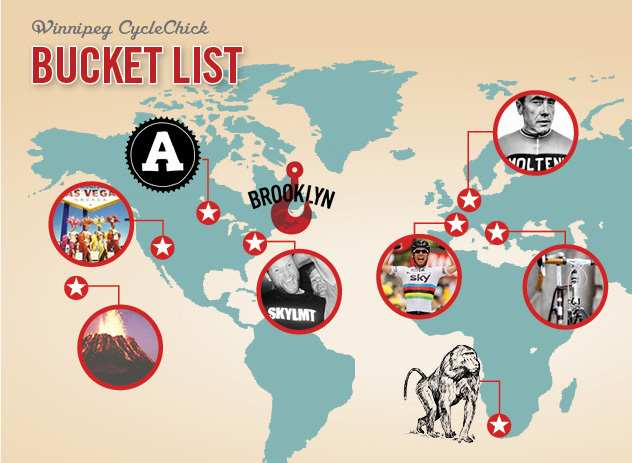 One of my live-in soigneurs was recently charged with creating a Bucket List for school. In the interest of good “team building” I feigned interest and read over his list, which included things like driving a submarine, getting a Shelby Cobra 427, and trying the Scottish delicacy of haggis. Pretty weird shit, if you ask me, but soigneurs can be a bit peculiar – especially if they’re twelve.

In any case, we all have a bucket list, and chances are it is an eclectic and ever-changing affair. My list from twenty years ago probably included going on tour with some obscure rock band who are now a bunch of broke and bloated alcoholics playing casino gigs in Moosejaw. But if I were to write my bucket list today, it would look something like this:

Party With Prolly and Beans

In addition to allowing us to slack-off with the appearance of working, the internet has given us a glimpse into the world we might not otherwise see. On one such “working” excursion, I came across a series of photos of Tom Boonen and John Watson out on the town together, having what could easily described as a pretty alright time. In addition to being an ass kicking classics man, Tommy Boy likes a good party. In the world of cycling blogs, the Austin-based John Watson is a pretty big deal – without getting all creepy about it, let’s just say I’m a fan. A night out with these two would most certainly be one for the books.

Go to the Red Hook Criterium 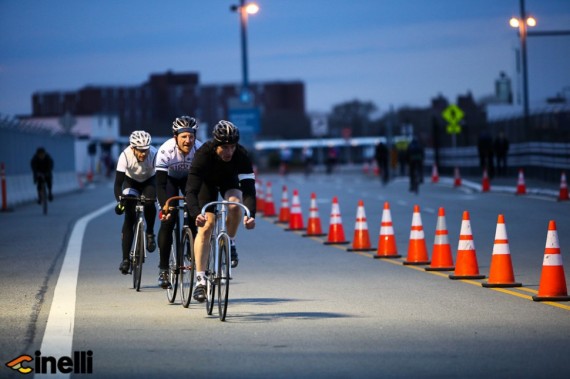 Since New York is on my “normal” bucket list, we’d head straight there to check out the Red Hook Criterium. We’d pack up our road-jars and meander down to the pier to watch one of the coolest track bike races on earth, complete with bike messengers, pros, and Jane and Juan Does from all over the world. Sadly Red Hook was walloped pretty badly by Hurricane Sandy, so we’d be sure to buy a special Restore Red Hook jersey to help raise funds for the recovery effort. Of course if Red Hook isn’t quite up to it this year, there is also an Italian version in Milan.

My love affair with Italy is a little surprising considering my first trip there did not exactly leave me with the best impression. Apparently while we “American” girls are schooled that Italian men are “assertive”, Italian men are schooled that American girls are “easy”. All unwanted groping aside, from Bianchi to Campagnolo, Coppi to Cippolini, Italy possesses cycling pedigree and romance that cannot be surpassed – not even by Belgium, the only nation that holds more world champion road titles (no doubt a fact raised nightly with the Virgin Mary). Riding across Italy is something every cyclist must do – like visiting Mecca, but more like a Rapha ad. 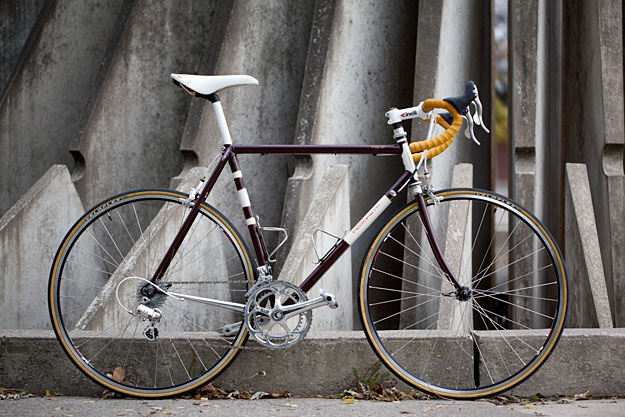 If one is going to ride across the cradle of cycling civilization, you sure as hell can’t do it on an American bike that was made in China. The only respectable options would be a) an exquisitely hand-craftet bicycle made by an Italian of unquestionable heritage, or b) an Italian-made Bianchi (not to be confused with the ones sold in the US that are primarily made (you guessed it) in China. I don’t know much about hand-crafted Italian bikes (other than the fact that I really want one), but I think a hand-painted frame by Dario Pegoretti would be a pretty good start. (photo via Cycle Exif)

Learn to Fix my Own Bike 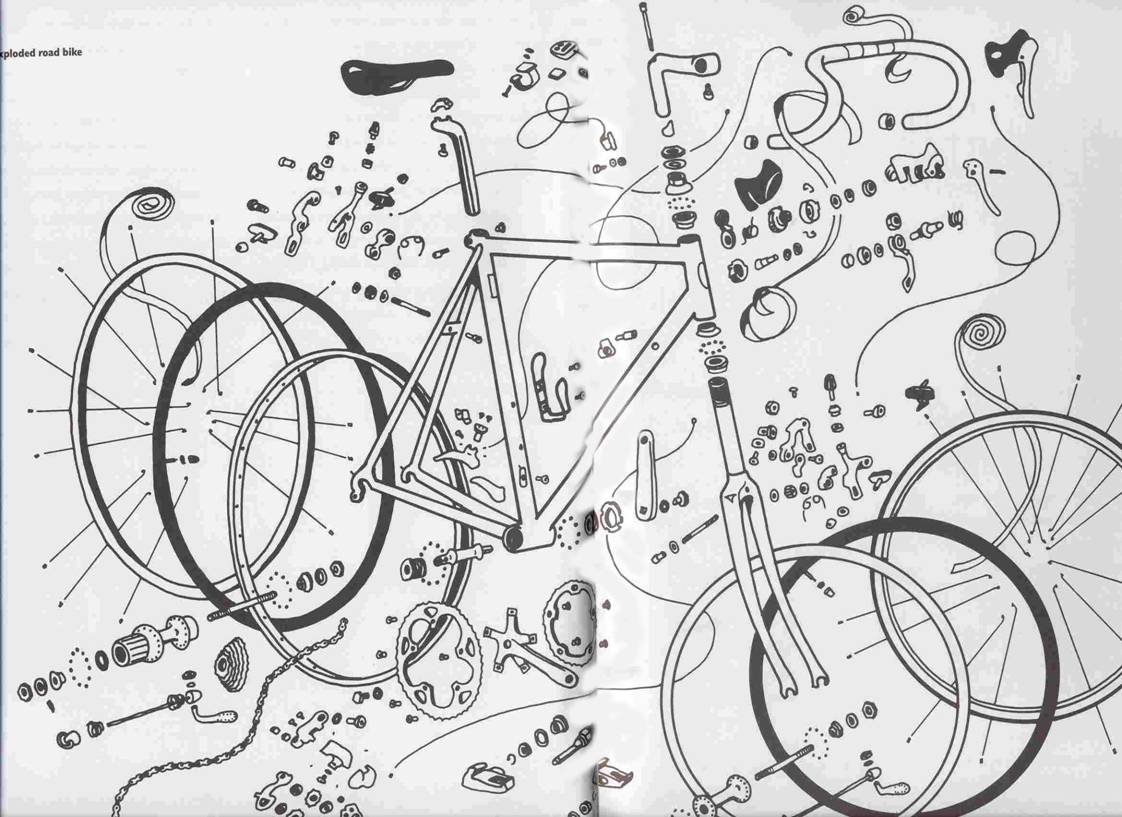 There’s nothing worse than a guy who owns a super awesome sports car but is too much of a pussy to put his hands under the hood. While I know enough to know the things I should and should not attempt to fix myself, it is a fantasy of mine to really learn the inner workings of a bicycle, thus banishing the word “thingy” from my vocabulary forever. That, combined with the super-awesome hand-made Pegoretti, would give me enough street cred to hold my head high at Red Hook and then have a chatty lunch with Leonard Zinn. 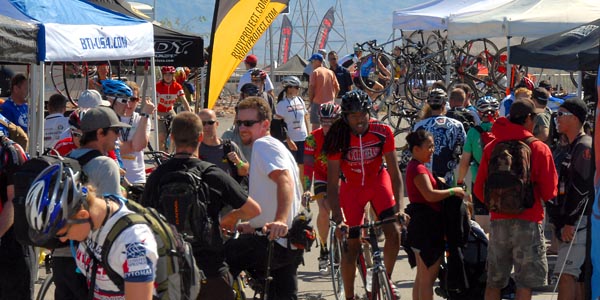 Interbike is a yearly bike expo held in Las Vegas and is a veritable paradise for bike geeks from around the world – imagine Comic-con on wheels. All the latest and greatest bike gadgets are introduced and anyone who is anyone in the cycling world is invited. The rest of us are not. Anyone who is invited seems to hate going, while the rest of us would give a semi-vital organ just to get past the outer ring of security. Leonard Zinn would certainly be invited, and I would be all to happy to tag along. 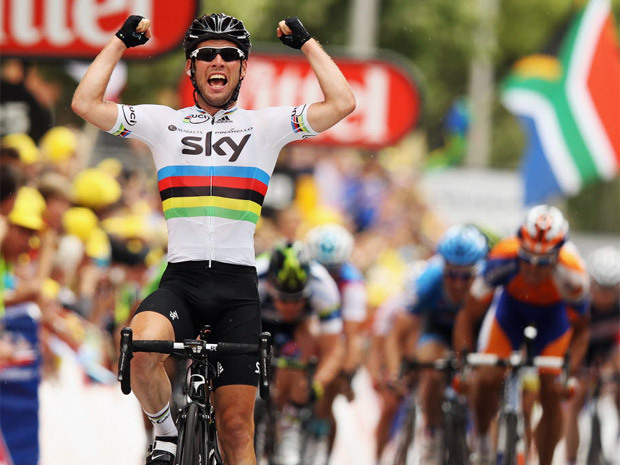 Next to watching Toronto ex-mayor Rob Ford do this, watching sprinter Mark Cavendish do his thing is probably one of the most pleasurable things I have ever seen. As he emerged from the chaos of lead-out trains to demolish the other sprinters at the end of Stage 18 of the Tour de France this year, I thought I might actually die from the excitement. It was as beautiful as it was terrifying. I’m not usually one for the short guys, but what Cav lacks in stature he more than makes up in moxie. 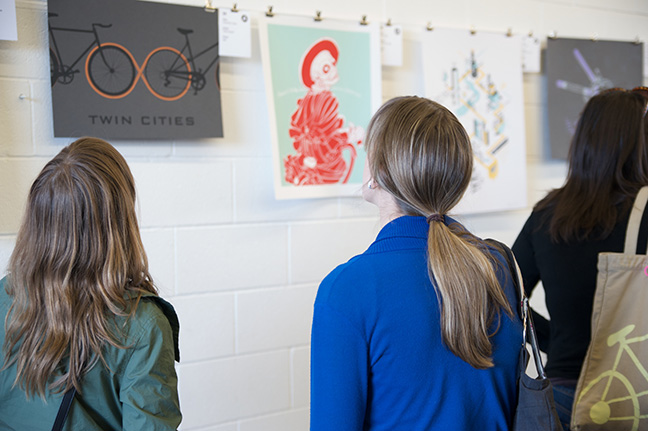 During family vacations, my travelling companions have resigned themselves to the fact that for me to participate in family activities like waterparks, malls and museums without going on a homicidal rampage, trips to the local bike shops must also be included in the holiday itinerary.  On one such vacation, we found ourselves in One on One Bicycle Studio in the blossoming bike metropolis of Minneapolis. I immediately scoped out Gene, (the proprietor) and engaged in some friendly tourist chit chat. He was kind enough to let us know there was a “bike poster party” called Artcrank happening the next day – which would have been extremely fortuitous has we not been leaving in the morning. Being a graphic designer equally obsessed with bikes and parties, this was clearly some karmic payback for some nastiness I committed in my misspent youth. (If you’re reading this Conrad, you totally deserved that egg in the face for telling your friends I kiss like a linebacker).

Gene could clearly see my disappointment as I began sobbing uncontrollably, and suggested I contact Charles about bringing Artcrank to Winnipeg. Clever Gene. If I can’t go to Artcrank, perhaps Artcrank can come to me. 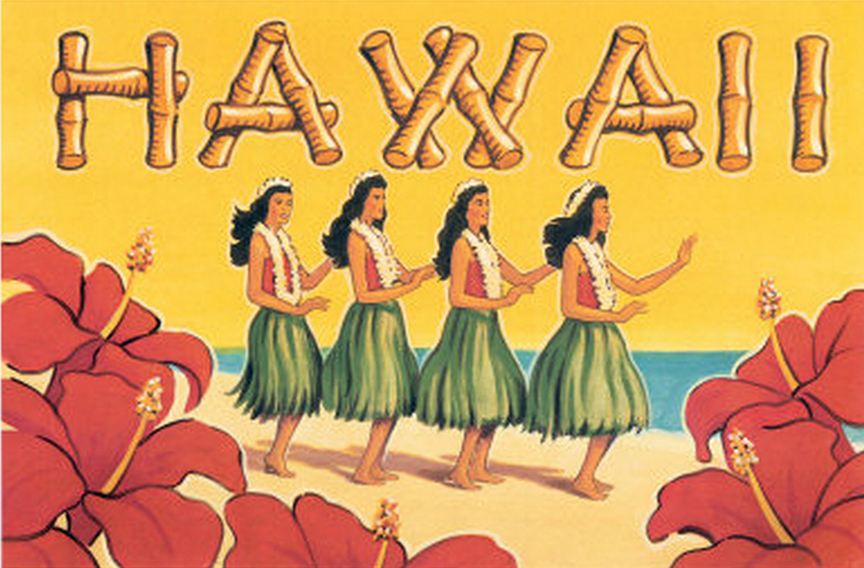 Some people will travel all over the damn place to do really hard and stupid things on a bike, like ride up an active volcano, for example. I figure if I’m going to haul my ass thousands of feet up a mountain “just for fun”, it may as well be in Maui. Haleakala was one of those things I’d never heard of, and as soon as I did it seemed everybody who has ever ridden a bicycle has gone there – and for the most part they have returned unscathed, smiling and with a pretty descent tan. Climbing Haleakala appears to be a right of passage for the road cyclist – like crashing your bike or showing up at your first indoor group ride with a helmet. 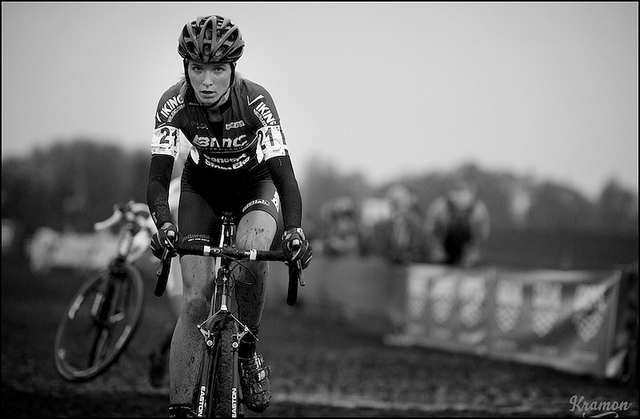 To truly experience cyclocross, it must be done in Belgium, on a grey, cold and shitty day on a ridiculously sandy course, accompanied by copious amounts of beer, frites (french fries) and mayonnaise. Throw some nice Belgian chocolates and a diamond or two into the mix and you’ve got yourself a big ol’ Belgian slice of heaven. And if Eddy Mecrkx happened to show up, I could probably be convinced to share my frites with him. (photo: Kristof Ramon) 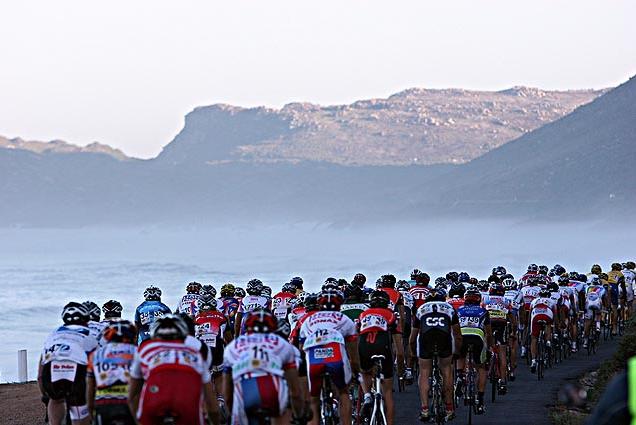 Held in Cape Town, South Africa, the Argus is the largest individually timed bike race in the whole world with upwards of 35,000 participants each year. That’s a lot of ass to kick, my friends. The race itself is only 109 km, and that’s a pretty long way to go to ride it, but it just so happens that good friends of mine have a charming summer home in the nearby town of Hermanus. It also happens that my friends are excellent cooks and importers of fine South African wines. After years of being tortured by photos and stories of their amazing adventures in the Cape, I think a visit might be in order. I’m told the baboons can be a bit of a problem on the course, but hey, all bike races have their logistical challenges.

As you can see, I’ve got a lot of planning to do if I’m going to fit all of this in before the end of my days – especially if those crazy Mayans are right. But if all else fails, there’s always Moosejaw.