End of the World Cross 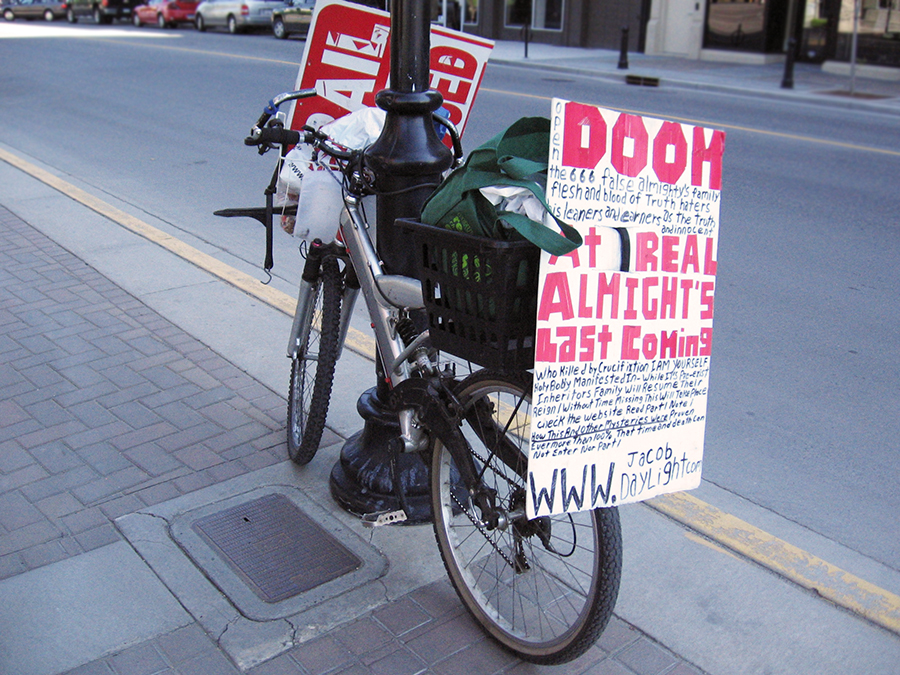 So apparently the Mayans have predicted the world will end on December 21, 2012. While some people might find this a bit troublesome, I was actually pretty relieved – and for a number of reasons. Like not having to do any Christmas shopping, for instance. What I plan to do instead is spend the next three weeks jacking up my credit card buying a bunch of cool stuff for myself. It’s not like I’ll have to pay it back or anything.

I was also relieved because I have always been under the assumption that the nut jobs who predict the end of the world were a product of modern civilization – some might say due to the overabundance of all the evil pesticides and hormones we consume. But it seems that nut jobs existed long before genetically-modified foods were even a twinkle in someone’s eye, so instead of paying all that extra cash for organic, grain-fed free-range whole-grain hippy food – go ahead and spend it on bike stuff instead. And have a McHormone burger while you’re at it.

On the off-chance we do make it through the impending Armageddon, on December 22 we will race our bikes at The End of the World Cross. The name is a bit misleading – in reality it should probably be The Day After the End of the World Cross, but I understand that from a marketing standpoint this may be problematic. This race is courtesy of cross Kings Ian and Hal – a couple of the most awesome nut jobs I know.

Details are here. If you bought a season pass, you only have to pay half. If the world ends, well, I guess you won’t have to pay anything.