We interrupt this self-indulgent vacation report for an important bulletin, brought to you by my Attention Deficit Disorder.

So I went to my nearest LBS last night for a fender. I came back with a project I am so excited about I had to share it with you RIGHT FREAKING NOW. 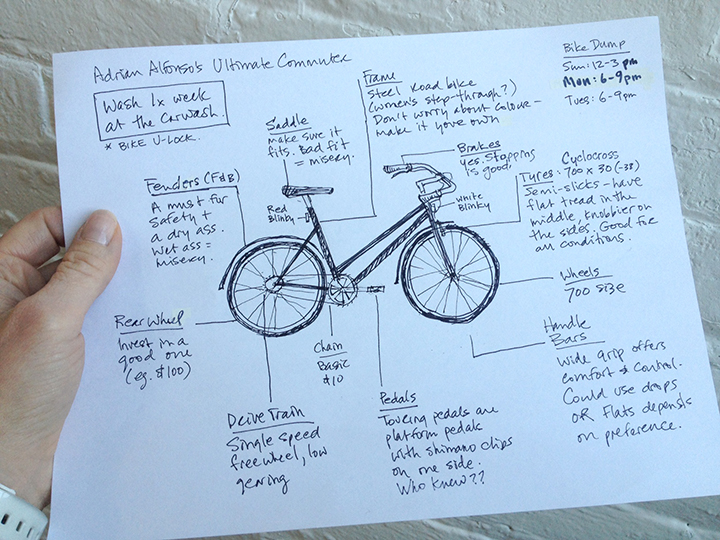 First, let me give you some back up material. Since I started riding my bike to work I have been in commuter bike purgatory – caught somewhere between my ancient and soon-to-be-deceased mountain bike and my cyclocross bike. While this is most certainly a petty first-world problem, truth be told, I don’t really have any other kind.

Riding the mountain bike is slow, heavy, and not much fun. Although I have never actually driven a Sherman tank, I suspect the old girl is not dissimilar. The shifting is temperamental, the rear brake has seized, and the bottom bracket is looser than Lindsay Lohan after four rounds of tequila shots and a couple of quaaludes. On days where the road conditions are wet, snowy, mucky, or otherwise shitty, this is my ride. 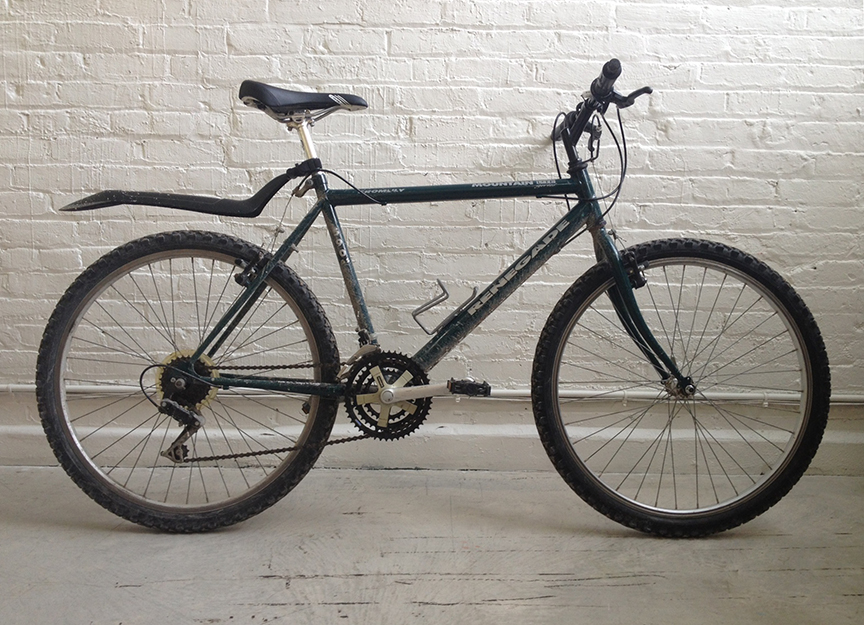 On the other three days of the year, I’m on my ‘cross bike. While I do use it for racing, I hesitate to call it a race bike. It’s a third-hand aluminum Cannondale and let’s just say it has seen its fair share of deck. And yet riding it in the spring feels a little like eating spaghetti and meatballs in my wedding dress. 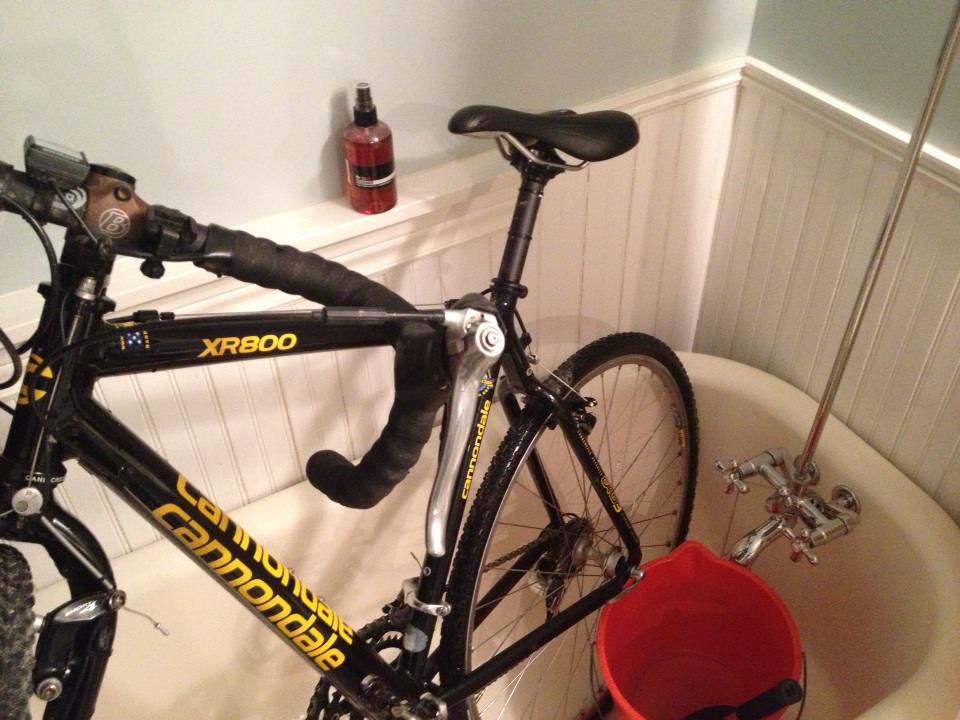 Riding and maintaining two commuter bikes is a pain. Choosing which one to ride based on some half-assed prediction of the road conditions is stressful. And the equipment logistics are exhausting: transferring of blinky lights, fender swapping, and footwear changes, just to name a few. Life is complicated enough, thank you very much.

This brings me to last night. My ride home was miserable and wet, made wetter and more miserable because I did not have fenders on the Sherman. I didn’t have fenders on the Sherman because a) when I ride in the winter the temperature is typically such that water stays in its solid form, and b) I think fenders are ugly. Having said that, a wet brown stain running up one’s backside is not exactly attractive either.

When I explained my plight to Adrian at the bike shop, including the important requirement that said fender be easily moved from bike to bike, he looked at me knowingly. Then he told me what I needed.

“What you need” he said, “is a dedicated commuter bike.”

Yes. That is exactly what I need. And a fender. Like right now. But even though I was not there to buy a bike, I was (and am always) willing to spend some time fondling some nice shiny new bikes.

Adrian then spent the next 30 minutes NOT trying to sell me a commuter bike, but rather explaining, piece by piece, what his vision of the perfect commuter bike would be, using his own as an example. His bike (which incidentally was as filthy as my own), including all of its various parts, cost him a grand total $150 – which is approximately the budget I have at my disposal for a bike right now. Unfortunately, as it was pointed out to me later, I may not have the same kind of access to free bike parts that he has. And stealing is wrong.

In any case, it’s got me thinking  (ok obsessing) about the advantages of a dedicated commuting bike. Like getting a new bike, for example. When I got home, I drew the bike that Adrian described on a piece of paper.

(I already showed it to you. Remember? Don’t worry, there are medications available for people like us.)

And so begins my quest. I’d like something nice, but not so precious I’m worried about it getting dirty or ripped off – probably a steel road bike, single speed. Maybe Italian. It will most certainly have a free wheel hub, because I am not nearly skilled or cool enough for fixed. Maybe it will even be a step-though ladies’ frame. Because I’m a lady. I’d love to build it myself, but maybe I’ll find something whole. Regardless, the single, most important feature will be something I have never, ever done with any bike I’ve ever owned in my whole life: I will pick the colour myself.

It will also have the most bodacious pair of fenders money can buy.

Huge thanks to Adrian Alphonso at Olympia on Portage for taking the time to teach me a thing or two about commuting safer, cleaner and in style, all for the cost of a seventeen dollar fender.