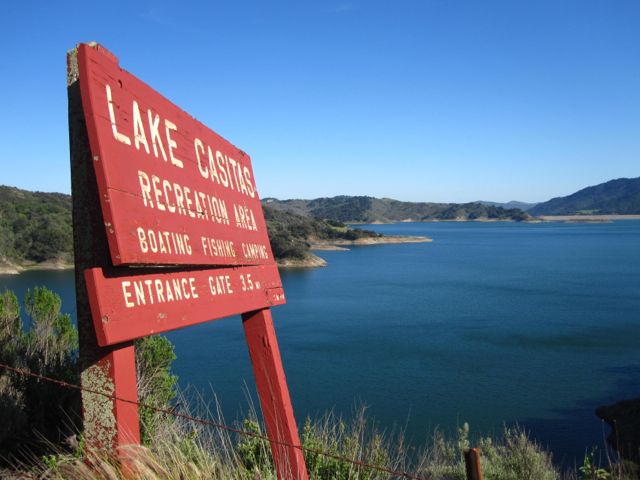 I have begun to realize that while travelling, sometimes the best plan is to have no plan at all. The absence of a plan can open the door to all manner of experiences which would otherwise have gone unexperienced, bounded by one’s own limited knowledge or expectations.

Of course the flipside to not having a plan is the increased probability of getting oneself into a shitload of trouble.

After our epic day of rest, we spent the morning putting our bikes back together again (since the bikes and bike boxes would not fit separately into the shitty rental whatever thing we had) and figuring out what we wanted to ride. Karlee suggested a nice 100 kilometer loop North of Oxnard to Lake Casitas. The route was described as mostly flat and picturesque, which sounded like the perfect way to get our riding legs back.

What did I care? I had Ben. And a “smartphone”. 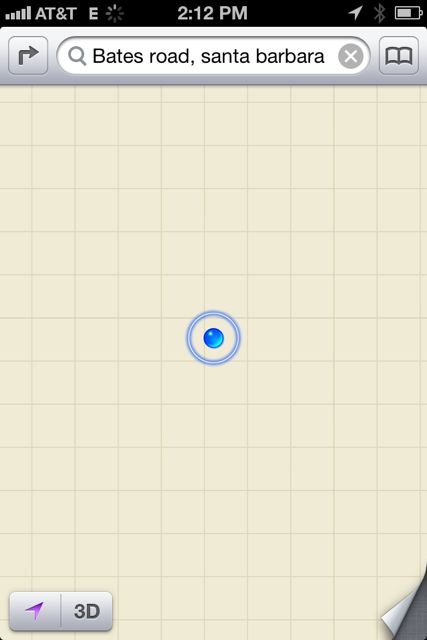 Clear as mud. Thanks Rogers.

Oxnard is not pretty. But nor is it difficult to navigate, assuming you can mostly tell your lefts from rights. We somehow managed to get ourselves out of Oxnard and to the neighbouring town of Ventura, where ten kilometres into our planned one hundred, we promptly found ourselves lost. We were momentarily a-skared. 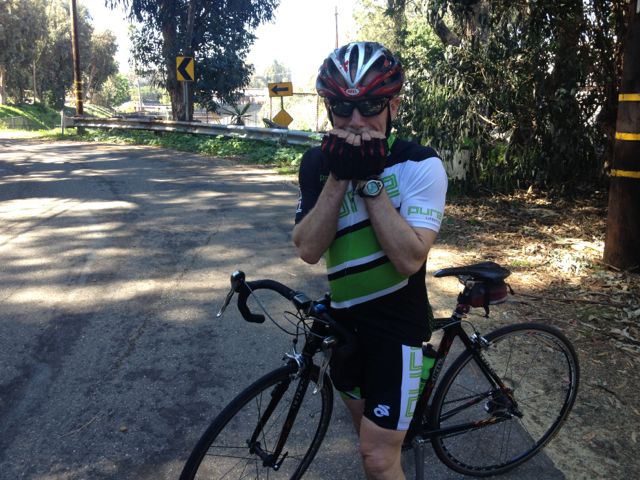 At this point, we reminded ourselves that you are only truly lost if you can’t get back to where you started. Things weren’t quite that bad yet.

Karlee had mentioned something about a bike path along the beach. Although we had not seen so much as a drop of water, we figured the Pacific Ocean should be pretty hard to miss. At the very least we would find it eventually if we followed the constant stream of hippie vans with surfboards strapped to the roof. 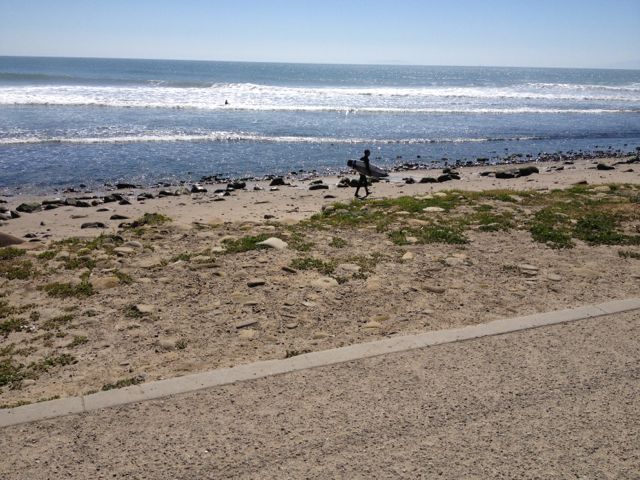 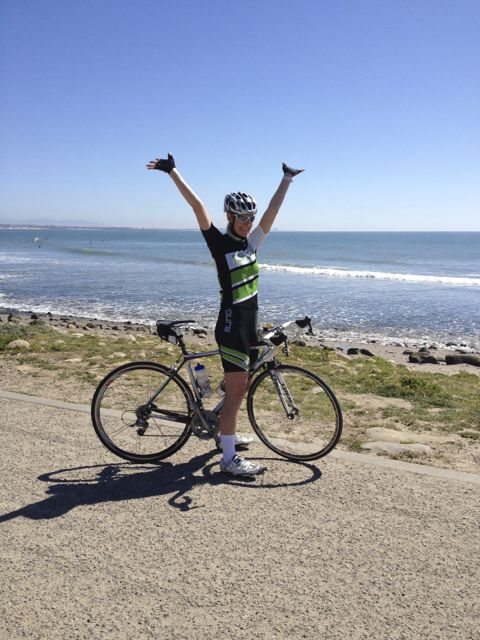 It is indeed quite big and easy to spot provided you are looking in the right direction. 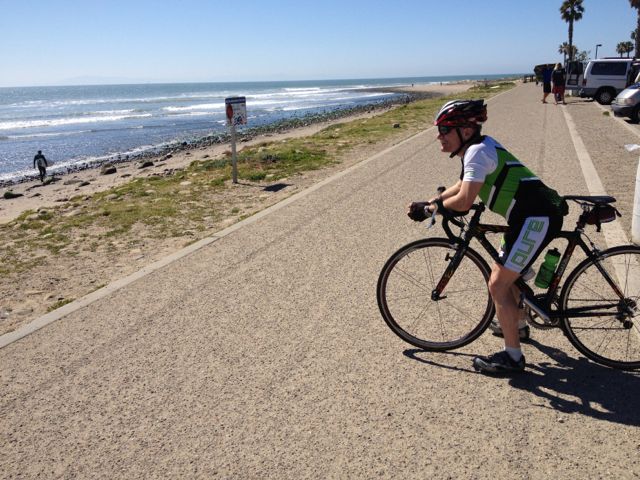 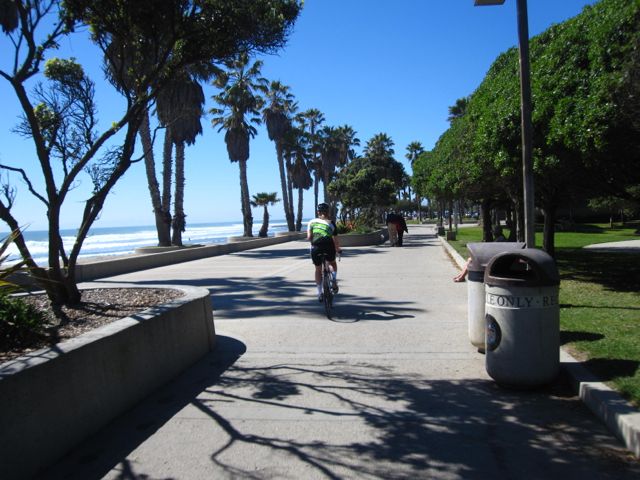 We rode along the path dodging dog walkers and surfer dudes until the path abruptly ended in an intersection. Unsure of which way to go, we chose the way that seemed less incorrect and ended up on the Interstate. Not only is it illegal here to ride a bike (or scooter, or even walk) on the Interstate, with all manner of massive trucks whizzing by us at a gajillion miles an hour, it is positively terrifying. 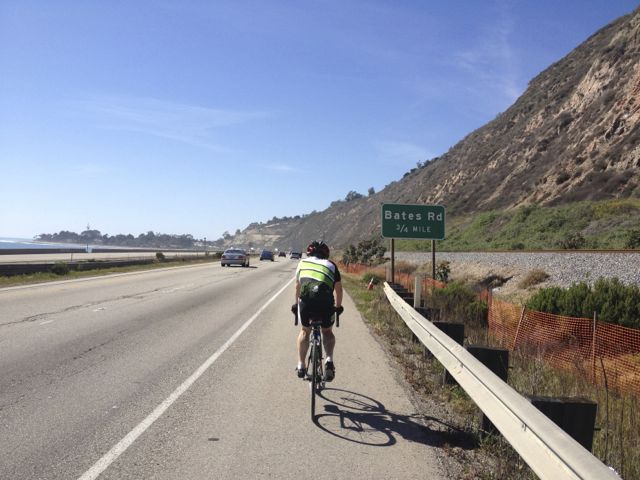 From the Interstate, we could see the old highway meandering quietly along the edge of the ocean below us and knew that was where we were probably supposed to be. We took the first exit and stopped at a fruit stand just to get our bearings. The ridiculously cheap avocados were tempting, but slightly to unwieldy for our jersey pockets. 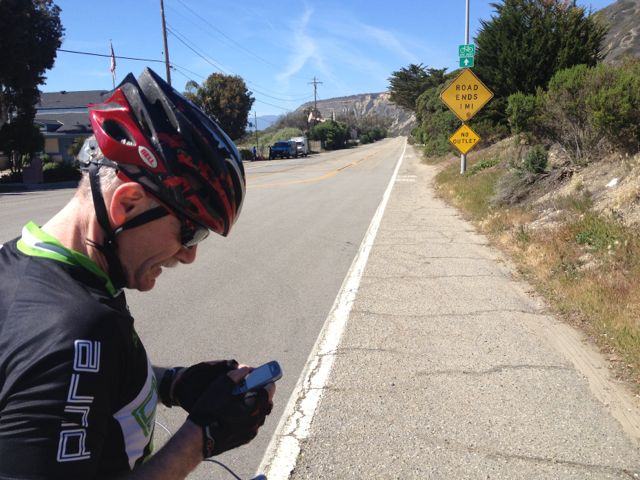 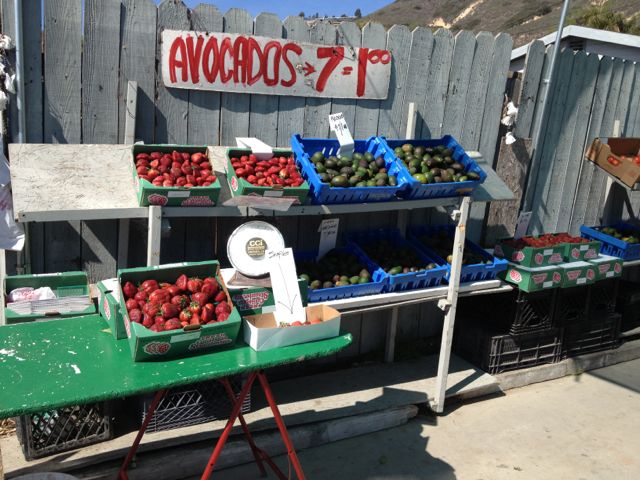 We finally found an exit that would take us to Bates Road – the one critical part of our route I had actually remembered. It wasn’t long, however, that things got a little vague again. 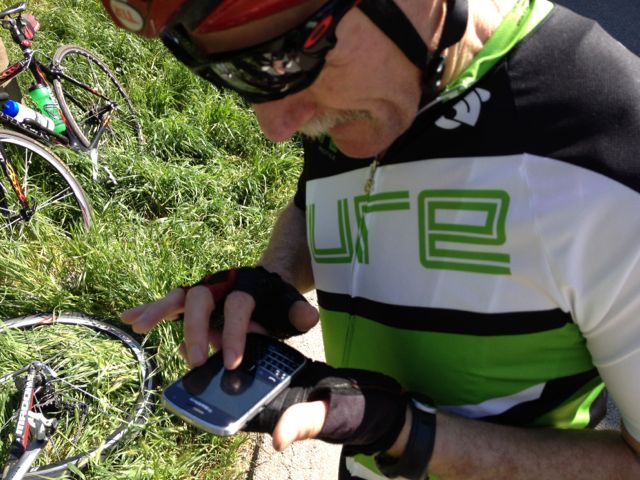 Nevertheless, we soldiered on, enjoying the views as we rode farther and farther away from knowing precisely where we were. I began to have excessively high expectations of Casitas Lake. What had started as a nice easy ride to a scenic destination had now become a pilgrimage. If we ever managed to find that stupid lake, I wanted to see Jesus himself strolling across it’s glimmering surface, surrounded by flocks of angels. 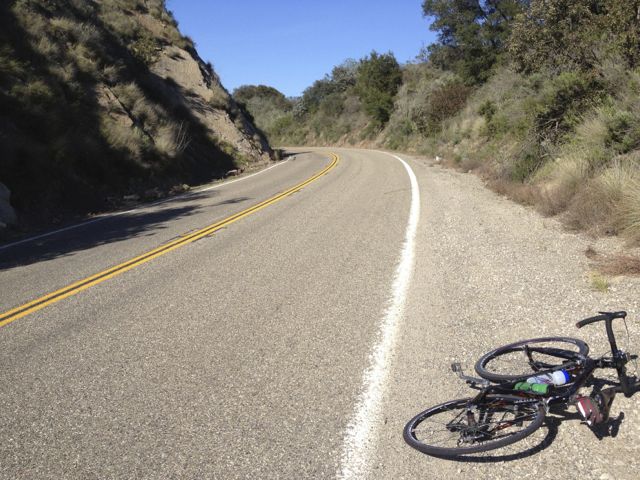 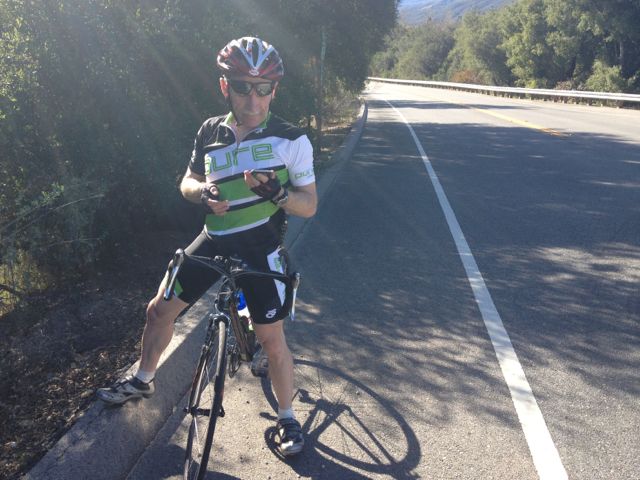 Thanks to the divine miracle of GPS, not to mention Ben’s saintly patience and navigational skills, we eventually found Lake Casitas. Although Jesus did not appear to be in the immediate vicinity, it was very pretty. 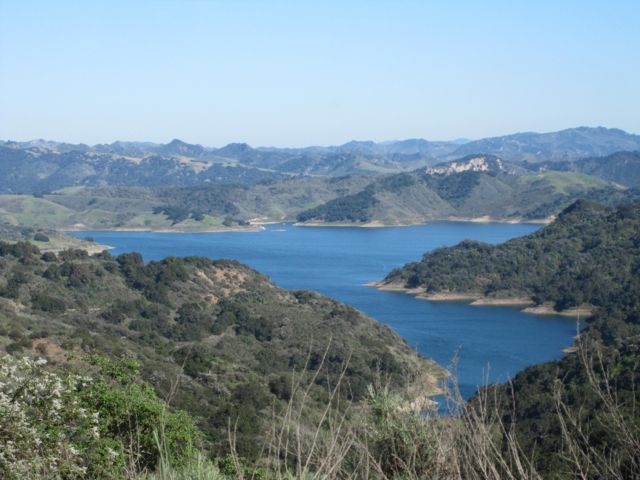 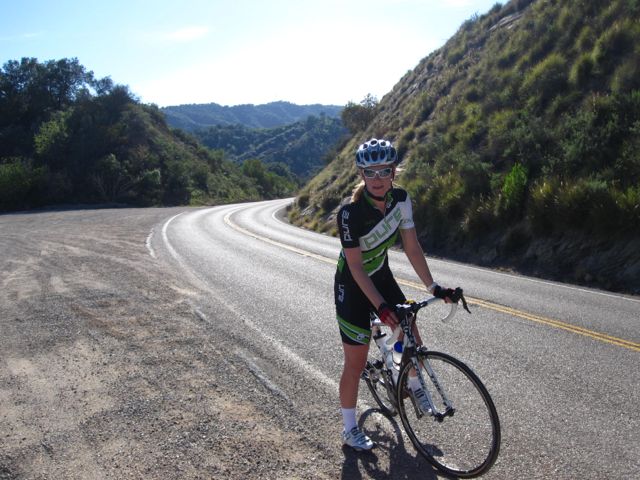 The ride back was far less eventful, until my front tire went soft. Since it wasn’t entirely flat, we decided to use Ben’s hand pump to inflate it enough to get us home. Within fifteen minutes, it was unrideable again, and to make matters more complicated, Ben’s trusty hand pump chose that precise moment to become completely and utterly broken. A quick tube change and tire inspection revealed a shard of metal wire (probably picked up on the Interstate) wedged into the rubber of my tire. As luck would have it, we were already back in Ventura and very close to one of the many cruiser bike rental outfits that populate these beachside towns. We waddled over in our bike shoes and matching lycra outfits to borrow their hand pump. Fucking roadies. 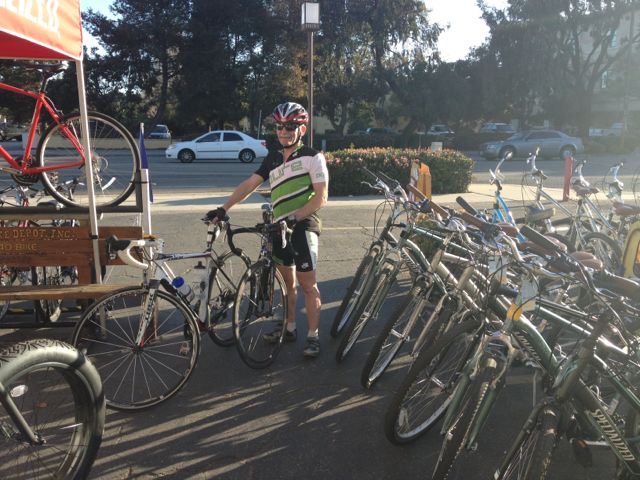 A wise man recently told me that being lost is a state of mind. I believe that state can be found in very close proximity to the state of California.