Love and Hate in the Time of Strava

My feeling for Strava are… complicated. Probably best described as the paradoxical love/hate variety, unlike the less ambiguous hate/hate I have for unicycles, people who don’t use turn signals, and radishes.

Strava is a weird mix of training tool and social media platform. It’s like Facebook, but where everyone is like “HEY GUYS I WENT FOR A BIKE” – and that’s pretty much it. Using a GPS device like a Garmin, or a smartphone (with the appropriately downloaded app), Strava tracks your activity and reports it back to you, and to anyone else who follows you. You can post pictures and comments, and other people can ‘like’ and comment on your post. Depending on your device, it will record your route, speed, time, power, cadence, elevation, average and maximum everything, and, with the correct app extension, the colour and consistency of your morning poop.

There is also a competitive component. Specific ‘segments’ (portions of a route) have been created by users all over the world, where you can compete against yourself and others for the fastest time. Originally designed for climbs, these segments award the fastest time holder a K.O.M or Q.O.M (King or Queen of the Mountain). The majority of segments are nowhere near a mountain, but rather any place a Strava user has deemed to designate one.

I joined the rank and file of Strava in January 2005 and didn’t post a ride until 2012. I posted my next ride in 2014, and at that point became a regular user. Let’s just say I am a late-adopter-turned-junkie. In the two-odd years I have been using Strava, I have grown to love it and hate it with equal zeal.

I love that it connects me with friends I have made from all over the world on my various cycling adventures. Take Geert from Ghent, for example. On Strava, I am able to follow Geert’s rides through Belgium, as well as all the other amazing places he and his wife visit on their cycling and diving adventures. Conversely, Geert is able to see the horribly boring, flat and repetitive rides I do here in Winnipeg. After repeated inspection, he noticed that one of my regular ride routes looks a lot like a crocodile.

Fancy that! It almost makes me feel better about how truly dreadful the real ride actually is. By the same token, I have not had the nerve to tell my friend Todd from Encinitas, California, that one of his regular ride routes looks like a giant penis.

I love that people have used this ultra-dorky training tool to have some fun and be creative. Strava Art has become an actual thing, with people creating routes in the shapes of dinosaurs, bicycles, tractors, and even marriage proposals. It’s become the skywriting of the new millennium, but way dorkier. 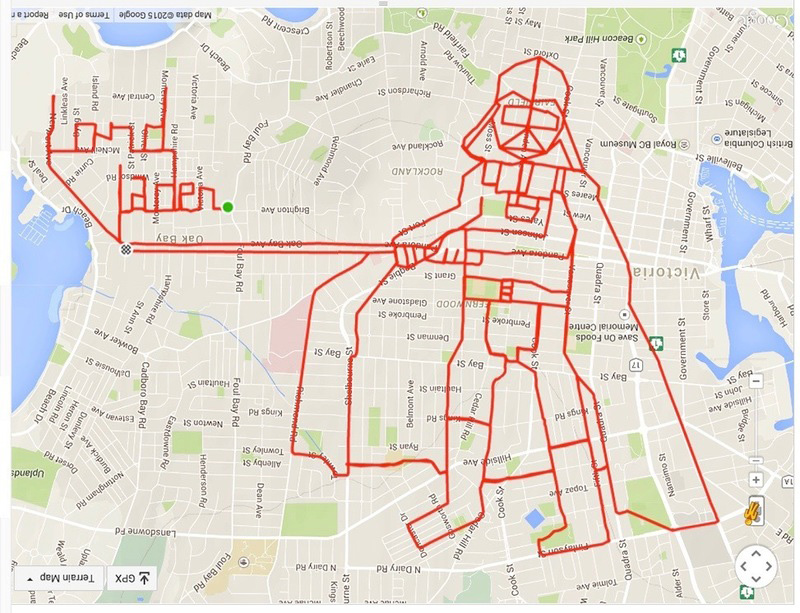 I’m not going to get a better segue than that to talk about the Dark Side of Strava, now am I?

The thrill of competition is a great motivator for people. The desire to win is tied to our instinct to survive and hardwired in our primordial nature – the fastest one out of the cave gets the best water buffalo. But sometimes that primal ‘win at all cost’ instinct makes us do stupid things. We’ve all seen Dads with shopping carts race each other for the shortest checkout line, or little old ladies practically come to blows over a parking spot. Strava users have created invisible races all over the world – up mountains, through suburban neighbourhoods and cities, and pretty much anywhere people can transport themselves from point A to point B. In some cases, people have engaged in deadly behaviour in the name of getting a K.O.M. for their Strava trophy case. Like William Flint, who died descending Grizzly Peak in 2010 in an attempt to regain a recently lost K.O.M. on that segment. Or Jason Marshall, who mowed down and killed Jill Tarlov in New York’s Central Park at 29 mph. Or Chris Bucchere, who plowed through a group of pedestrians and killed Sutchi Hui at a crosswalk after running two stop signs and a red light in San Francisco.

Of course these are rare occurrences, and Strava is hardly to blame. A computer app can create the motivation to do stupid things, but ultimately people are responsible for their own actions, regardless of how truly idiotic they are. Keep in mind that segments are created by users, not Strava – I could create a segment through a shopping mall if I was so inclined. Strava does not make people stupid. Nature does that.

That said, I love the fact that for the majority of Strava users, the competitive environment is a healthy motivator to get out there and ride. And not just ride, but train, and get fitter, faster and stronger – even if the only person you really want to beat is yourself. To get a PR (personal record) on a segment feels great – it shows progress, and pushes us to keep trying. Competition isn’t everything – after all, getting your own water buffalo these days is as simple as a trip to your local supermarket (providing you can get a parking spot).

Oh, but how we love those little gold crowns. Back in kindergarten when I was learning to print, my teacher was concerned because I insisted on dotting all of my letter ‘i’s with crowns. Whether it was simply an expression of creative flair or delusions of grandeur, I can’t recall – but let’s just say my love of little gold crowns goes way back. 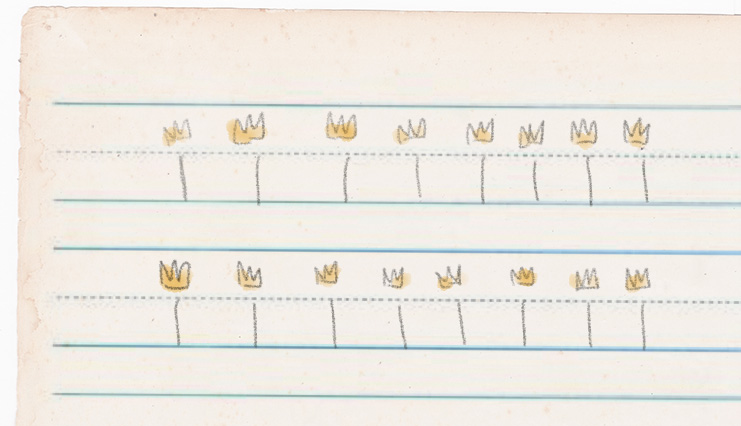 Sure, some might be tempted to drive around the city in a car with a Garmin to collect ALL THE LITTLE CROWNS, but where is the glory in that? But make no mistake, cheating is as alive and well in the Stravaverse as it is on the Russian Olympic team. Motor doping, wind doping, and even digital doping have allowed people to enhance their results, all without the expense and harmful side effects of EPO. Out here on the flat Manitoba prairie, a good tailwind will push you as fast and with as little effort as an HC mountain descent, without the meddlesome switchbacks to slow you down. There are apps that can ‘boost’ your raw data before you share it, and Strava certainly won’t notice if you are drafting a cement truck.

Here’s the big one. I hate segments. Maybe hate is too strong a word, but I do hate that they sometimes make me forget to just enjoy the ride. I hate that they make me feel bad about myself when I’m slower than usual, or when someone takes away one of my precious little crowns. I hate it when people tell me other women are ‘gunning for me’, trying to beat my times. I put enough pressure on myself without that additional head fuckery. I love racing, but don’t want to do it ALL THE TIME. Worse yet, hating these things makes me hate myself, which is the worst thing on earth for any self-loving narcissist to endure. Of course the logical thing would be to turn the damn thing off, or make my rides ‘private’ but then I would also lose many of the things I love – most notably the social interaction that comes from sharing. Is it possible to use Strava and not pay attention to the segments? If I had that kind of self control I’d be ten pounds lighter, never have hangovers, and have enough money in the bank to retire tomorrow.

In my opinion, other than in the mountains (remember the ‘M’ in ‘KOM’ stands for mountain) – segments don’t really make much sense. There are far too many factors that Stava isn’t measuring to make them truly meaningful. Strava doesn’t measure a 50km tailwind any more than it notices whether you are riding alone or in a group of 20 people. If it did, would group rides become the smoking section of the cycling world, shunned by riders in search of ‘real’ results? Would wind end up on the UCI’s list of banned substances? 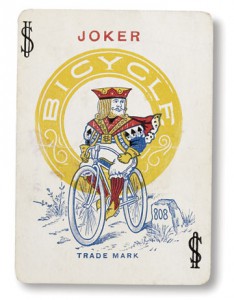 Our primal instinct to win, whether it’s the choicest cut of prehistoric water buffalo, or a Strava segment, is matched only by our ability as a species to adapt. As such, we have learned creative ways to enjoy the benefits and features of Strava, while conquering it’s über-competitive and sometimes unpleasant side-effects. The simple act of naming your ride has become an intricate art form that can allow you to record your ride and share it without fear of judgement. Much like the start line of any race, cyclists have a veritable arsenal of excuses to suck always at the ready, which are perfectly adaptable to the Strava environment. For example – if I go for a slow paced ride on a Sunday, I will call it “Sunday Endurance Ride”. Bingo – no expectations of stellar speed averages, watts or little gold crowns. If I want to go for a REALLY slow ride, I might call it “Post-race recovery ride to the drugstore to get a box of maxi pads with my three-legged dog”. See? So easy.

Love it or hate it, Strava has changed how we ride, race and train. It has upped our game, whether we wanted it upped or not. It has also created new ways to connect with other cyclists, find great rides all over the world, and even flex our creative muscles. Sure it has its faults, but perhaps those faults are just our own making their ugly way to the surface. Nevertheless, it still beats the hell out of radishes.