Gluttons Cross – An Exercise in Excess

As athletes, it seems there are precious few things that we do in moderation. Many of the cyclists I know are enthusiastic foodies and lovers of a good stiff cocktail – approaching these things with the same gusto as a wide open road or punishing trail. Perhaps in our minds, the quantity and severity of our physical exertions entitle us to indulge ourselves beyond our more sedentary peers.

As much as Gluttons Cross is bike race, it can more accurately be described as a celebration of our excesses.

Stage I – The Indian Buffet 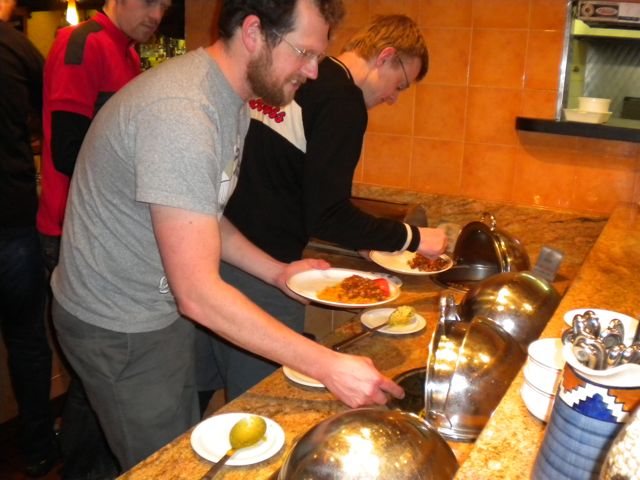 Each competitor is required to consume no less than 500 grams of Indian buffet and one pint of beer in order to progress to Stage II. An empty plate is placed on the scale in advance in order to correctly calibrate the weigh-ins. 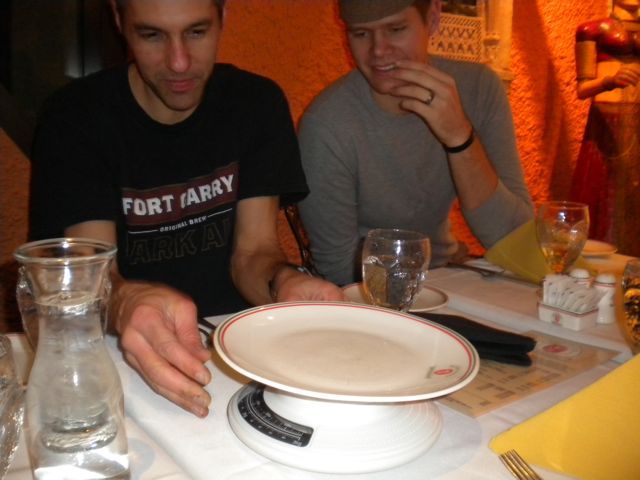 It’s very difficult to judge the weight of your food in advance. Too much? Too bad, you have to finish every edible morsal on your plate. Too little? Back you go to top up your plate, PLUS collect a two somosa penalty. 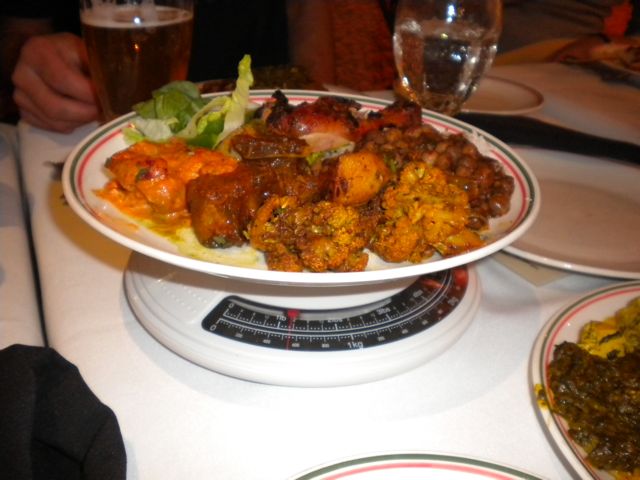 For every additional plate you eat there is a 3 minute time bonus. A one minute bonus is given for each additional pint of beer. The first plate is easy. And delicious. All the boys take a second plate so I have no choice but to do the same, in spite of the fact I am already comfortably full. The only other woman, Vanessa, does the same. This is where it starts to get ugly. 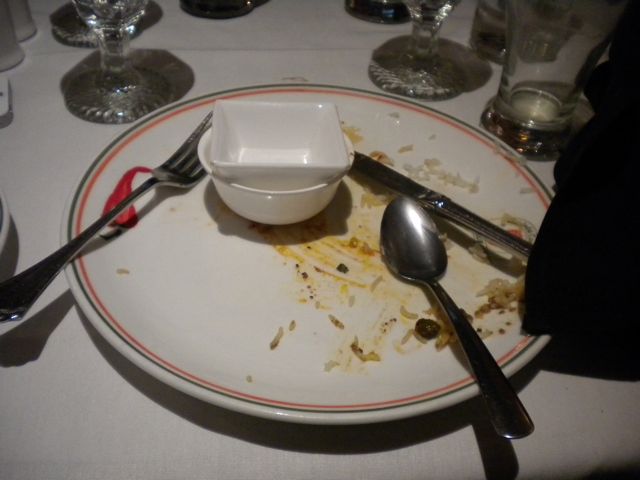 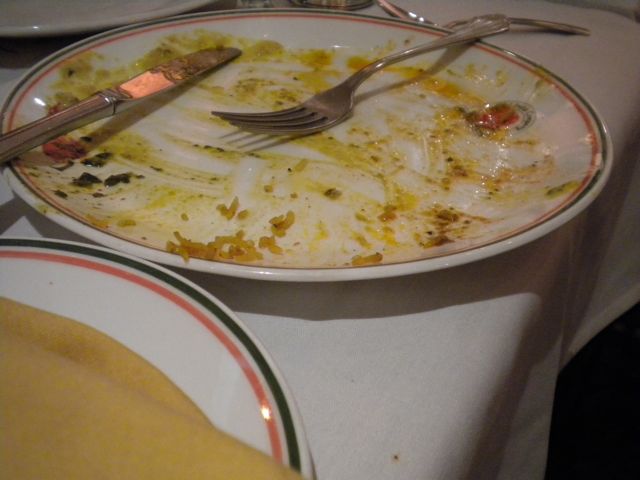 A second round of pints goes around the table and slowly and painfully disappears. By this point I feel awful. I am not alone. 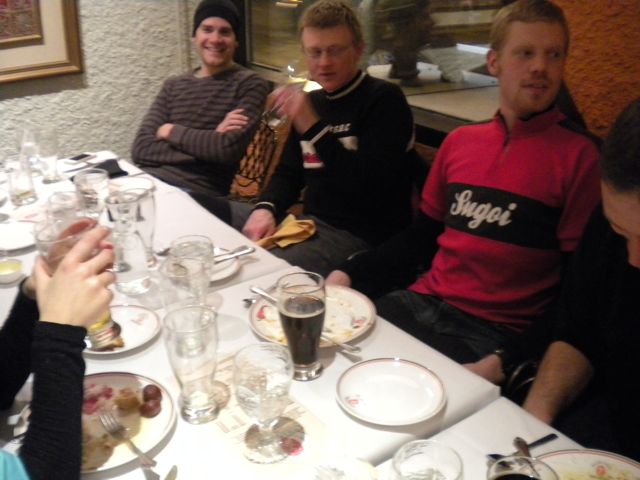 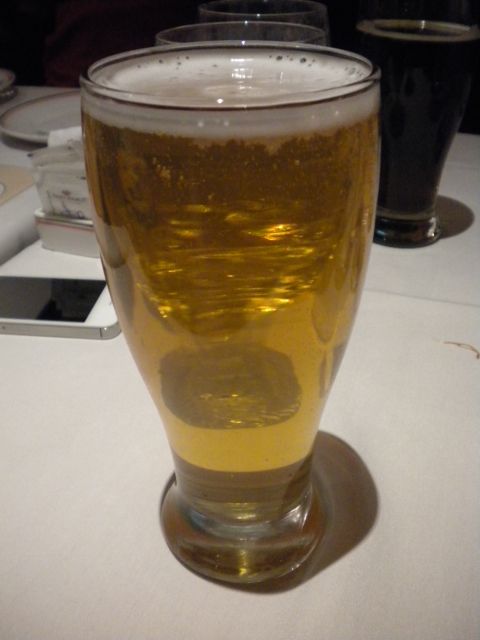 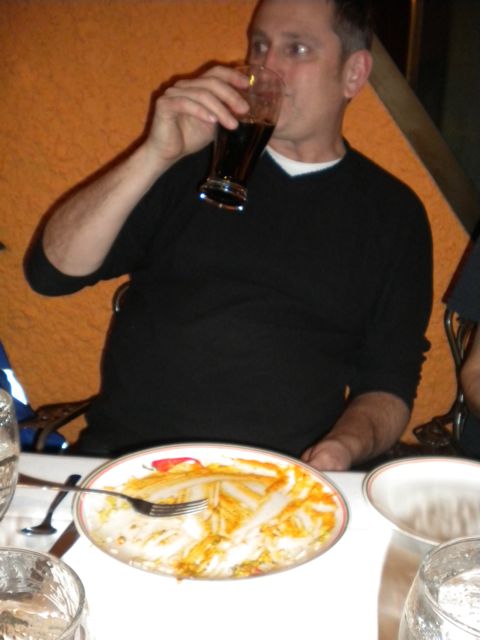 Everyone is equal at two plates and two pints when a throwdown occurs. Three among us order another pint, including the Hipster, who’s skinny jeans are undoubtably causing him great discomfort at this point. 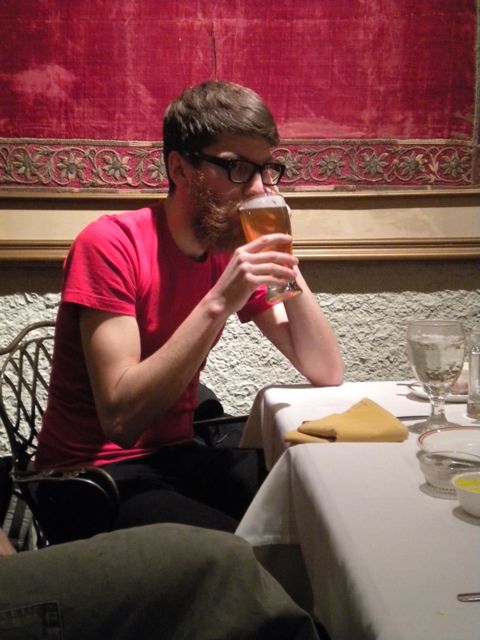 I should point out that puking at any point during the race constitutes an immediate DNF. 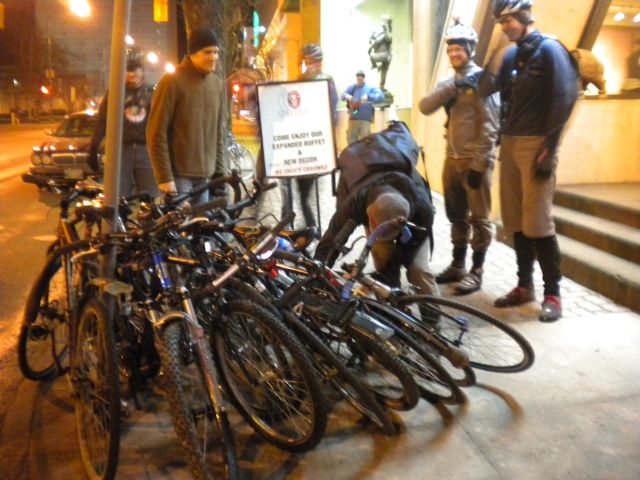 Once glasses and plates are as empty as we are full, it is time to unmangle the bikes and assemble to the start line. The three people who braved an extra pint will get a one minute lead. The rest will follow at intervals determined by their aforementioned attempts at gluttony. Spirits are high. Tummies are full. Very, very full. 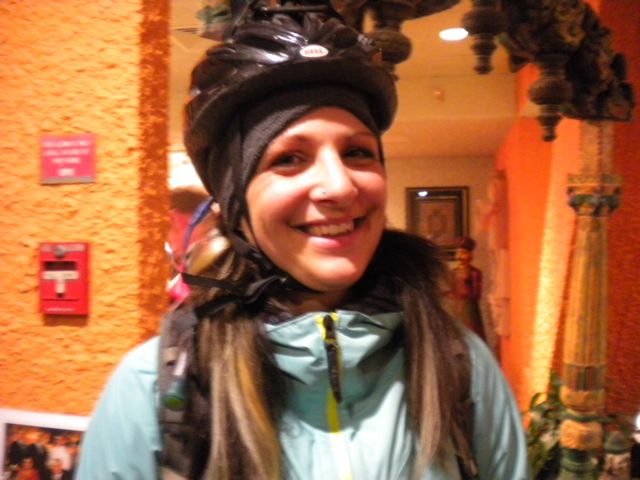 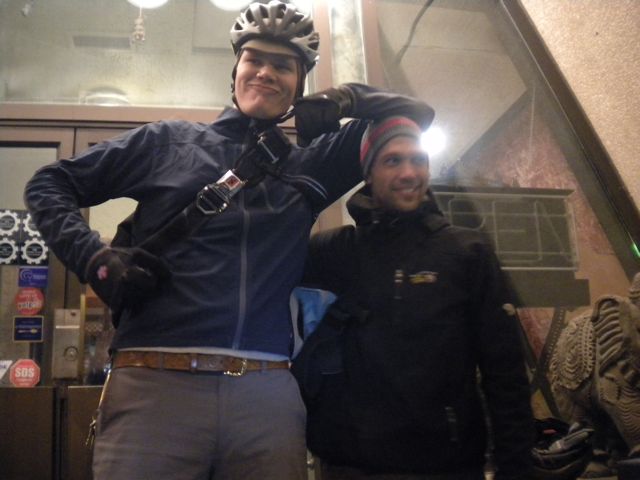 Sadly (or perhaps thankfully) JP will not be racing due to an unfortunate crash landing on a CO2 cartridge last weekend, which resulted in a nasty laceration and some fancy needlepoint in his knee. 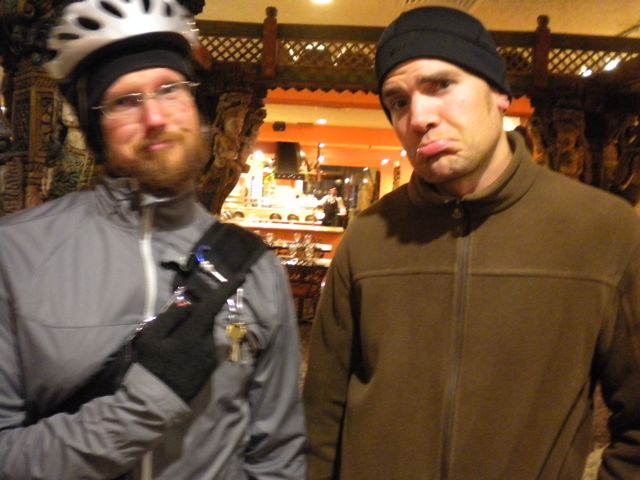 Conventional wisdom dictates that one should allow a goodly amount of time between hard physical efforts and the intake of a massive amount of food and beer. But this is not Wisdom Cross. 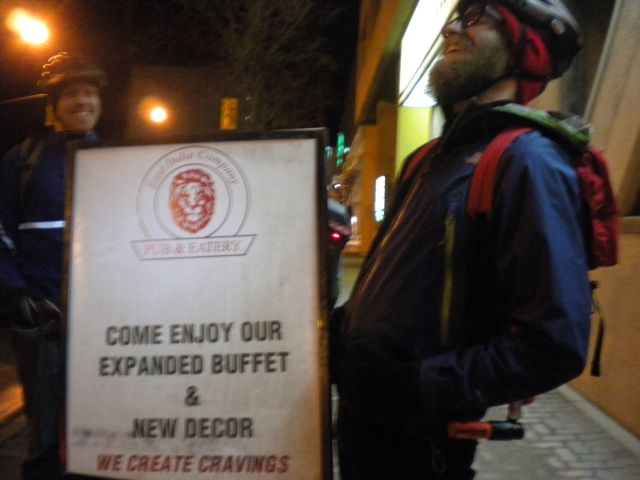 The blood that would normally be directed to the stomach to aid in digestion is suddenly and violently funnelled down to the legs, leaving the contents of the stomach to fester and congeal into something that feels not unlike a large block of limestone. It is an unpleasant sensation to say the least. 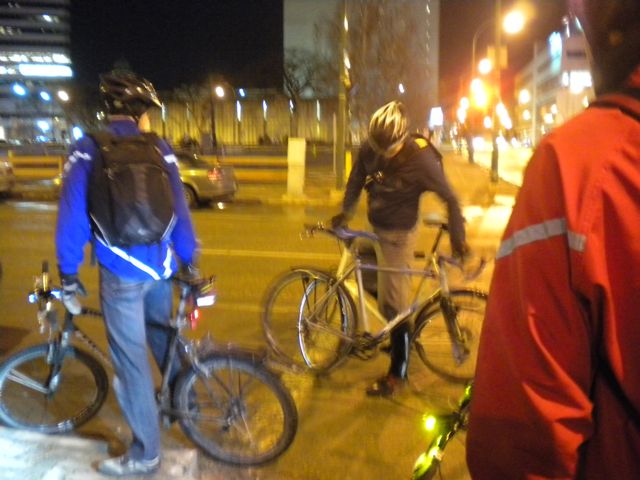 The race course is roughly 7 kilometres through single track trails along the river, with a couple of stretches of open road for hard and fast straightaways. With my dismal trail riding skills, I am counting on hammering the road sections to make up some time. It is during one such straightaway that I begin to question my motivation.

Stage III: The Klubhaus
Back at the Klubhaus, the race is still on. I arrive to find Darryl and Graham (who passed me at the exact moment I lost my faith on the road) fiddling with their bike locks. I did not have the wisdom to bring a lock (my bike is barely worth stealing) so I take the opportunity to pass, and hammer into the bar. On further reflection, this may have been an illegal move, but I haven’t been called on it. Yet. 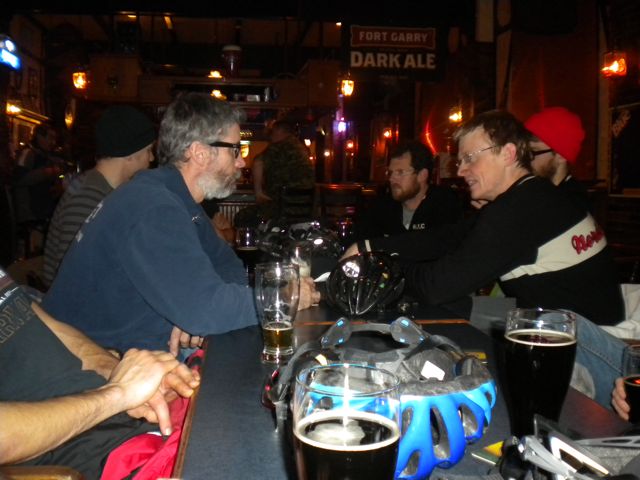 The race is not complete until you have ordered, paid for, and swallowed every last drop of a final and agonizing pint. Beer in hand, I begin to drink as I look around the room to check out the status and condition of the competition. Downing this pint quickly and without detection is my final chance at a decent placing in the race. This is way beyond my maximum threshold. I am at my limit.

My tactic works and I take 5th place. But I still may require a trip to the emergency ward to have my stomach pumped. I come perilously close to a DNF in the bathroom, but manage – just barely – to hold everything down. Next to this, Actif Epica will seem like a piece of cake. Or butter chicken as the case may be.

If you are questioning the wisdom of all this, don’t bother. There isn’t any.

← When the Going Gets Tough, The Tough Ride Some Bikes
Dressed to Chill →