October 19, 2013 · by CycleChick · in The Campagnolo Experience, Travel 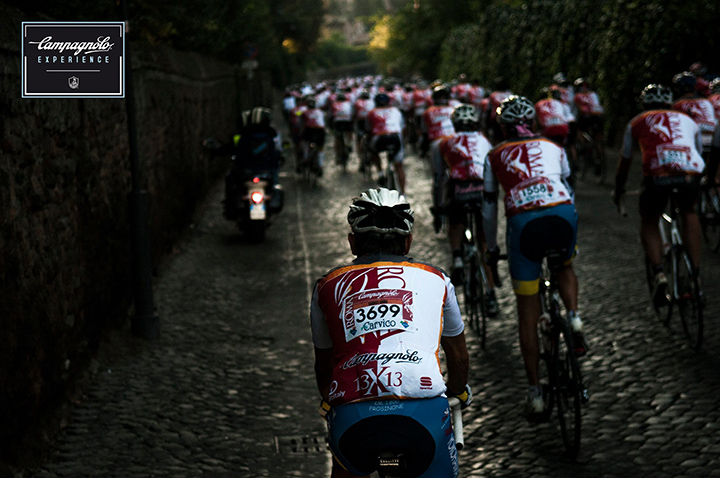 I’m not sure there is a word I could use to describe what it’s like to be on the start line of an event with five thousand cyclists. If there was, it would be big. And probably Italian. The Campagnolo Granfondo Roma, now in it’s second year, had attracted cyclists from all over Italy, as well as 21 other countries from around the world. Here at the start line they formed a mad swarm, like a crazy critical mass of European roadies with immaculately shaved legs and matching jerseys. Even the women were terrifying. 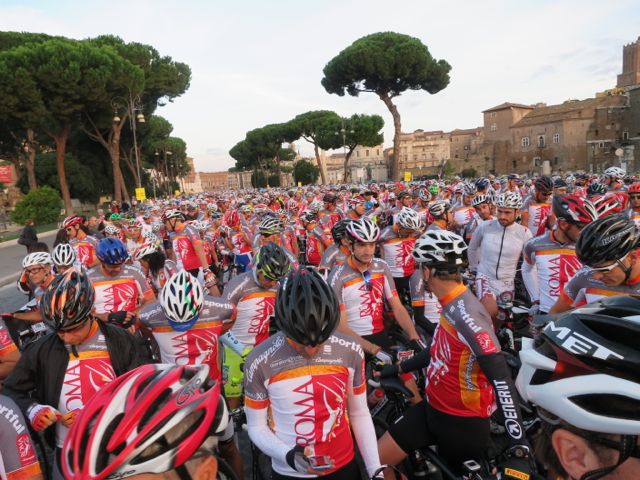 As special guests of Campagnolo, we had a prime spot very close to the start. Behind me was a massive, nervous army of Italians, with an obvious mastery of the art of looking casually deliberate. If they cycle anything like they drive, I was a goner. 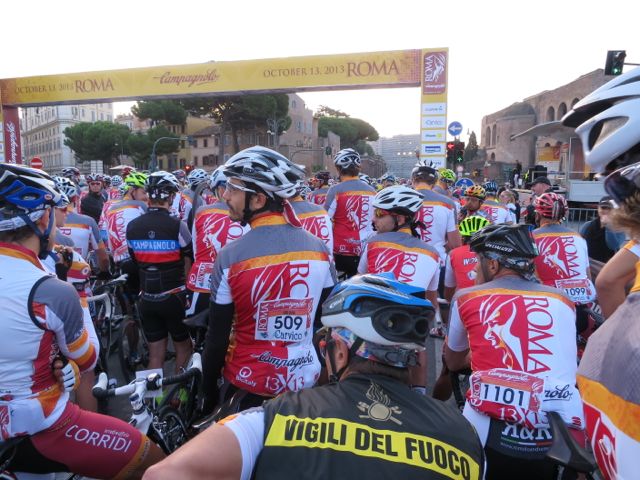 We found out yesterday the government had forced the organizers to shorten the route to just over 100km, saying they would only provide police support to shut down the roads for that distance. Needless to say, this was a complete disaster for the organizers and sponsors. But the race would go on as planned.

Today we would ride on a combination of pavement and cobbles – most notably along the Apian Way, the ancient road where we had enjoyed dinner just the night before. Perhaps at the end, someone would put my remains in a nice urn and place me in a catacomb beside a freed Roman slave in Paolo’s restaurant, where I could spend the rest of eternity infused with the fragrant scent of garlic and olive oil. 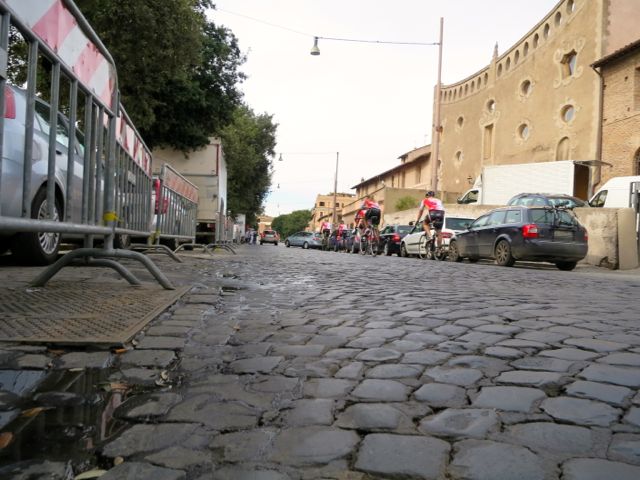 To my surprise, the start was quite civilized – we whizzed along the cobbles without incident and I was quickly part of a large and constantly changing grupetto. If I have learned anything from riding the deplorable streets of Winnipeg, it is to keep the pressure on the front wheel light. It’s also best to go as fast as possible, with the bike skipping along the top surface of the road, thus smoothing out the ride. Going slow is a sure way to feel every bump, not to mention lose water bottles, break spokes, and dislodge expensive dental work. 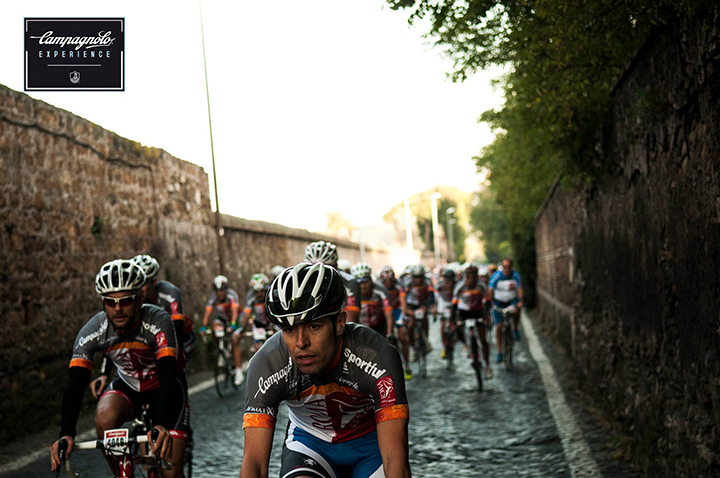 The two Italian words I made sure to memorize before the race were “left” (sinestra) and “right” (destra), ensuring I would understand when people were coming up from behind me, or indicating an upcoming turn. I was sure to learn the appropriate swears along the way as well. 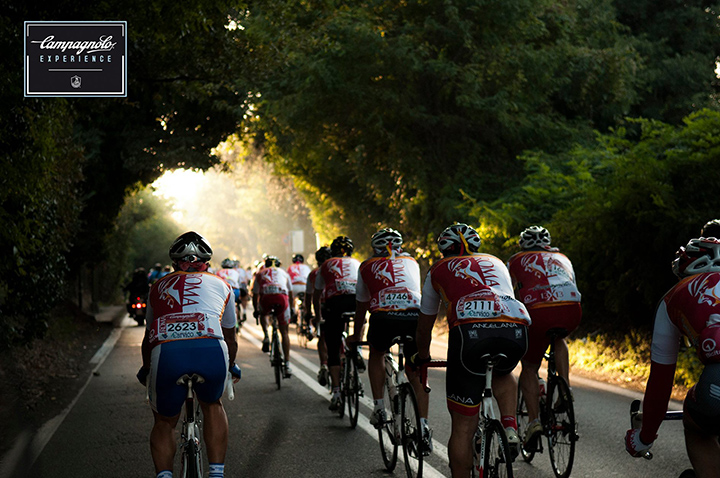 The race was fast, and had two main climbs into small towns outside Rome. I don’t quite understand the Italian custom of putting towns so high up, and therefore hard to get to. A bit of a pain in the ass, if you ask me. The climbs were brutal, made worse with the incomprehensible taunts of the crowd. As beautiful a language as Italian is, “Get your fat ass up there!” sounds pretty much the same in any language. 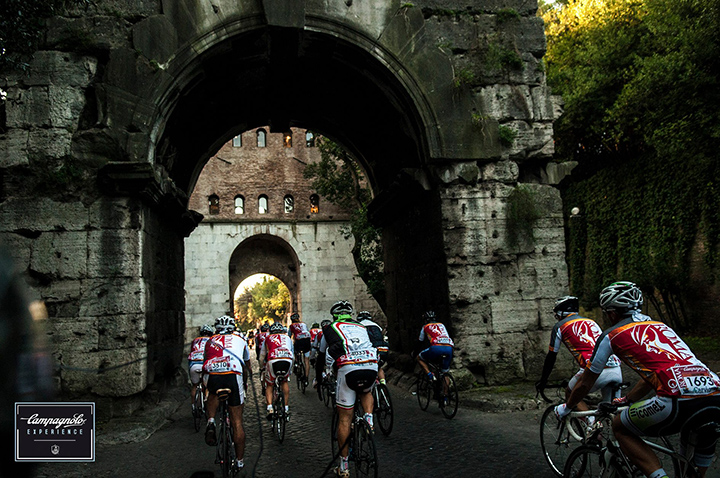 I vaguely remember passing the colosseum. 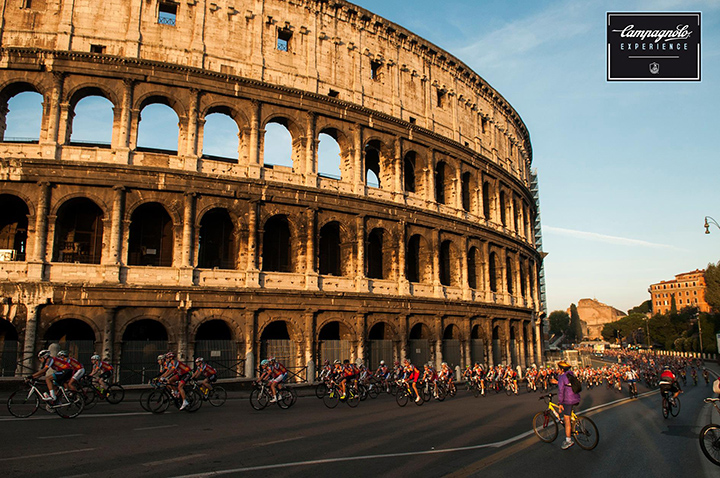 My time was 3:29 – not spectacular for 105km, but given the climbing (about 3,200 feet) and two weeks off the bike due to illness, I’ll take it. The results are confusing, but I’m on page two of twelve pages of female finishers. I’ll take that as well.

At the end of the race I hung out at the finish just long enough to take in some fluids and check out the locals, who have definitely taken to the new trend of “high viz” cycling apparel in a fairly major way. I think there was more neon at the granfondo than at a Wham! concert. 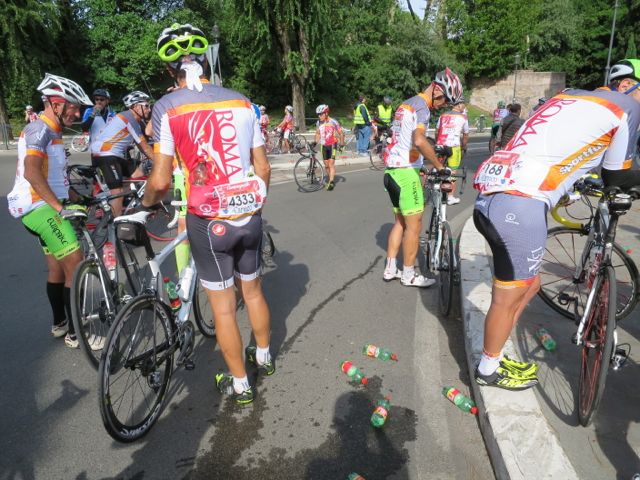 Once all of our riders came in we did a quick change and birdbath in the hotel bathroom and went to a local trattoria for some Italian recovery food – perfectly cooked pasta and a bunch of wine. Once everything was messily devoured we hopped into the van to make our way through the perpetually congested streets to our next hotel in Tivoli, north east of Rome.  It was spectacular. 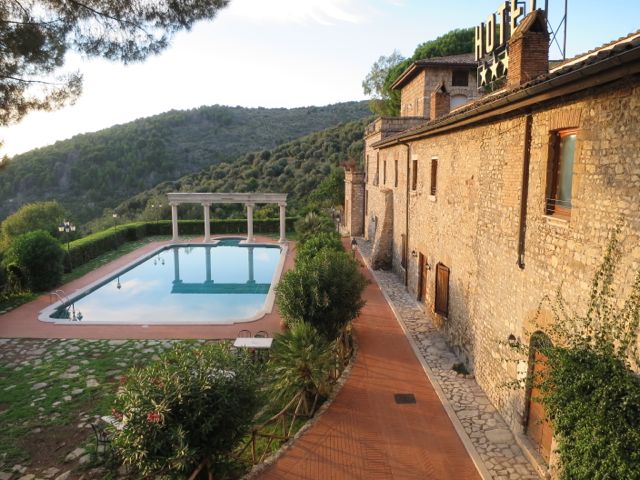 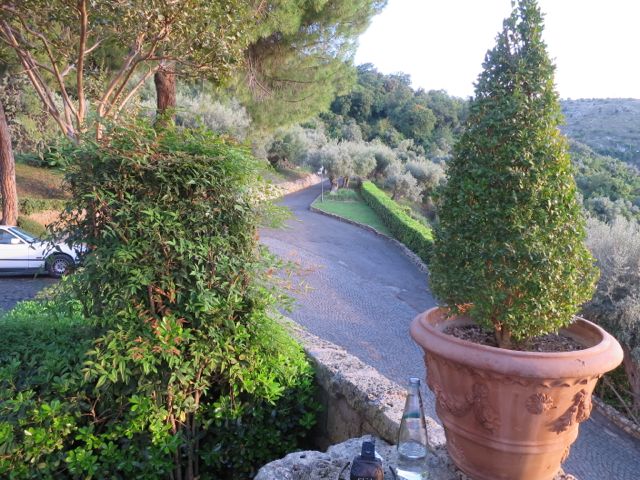 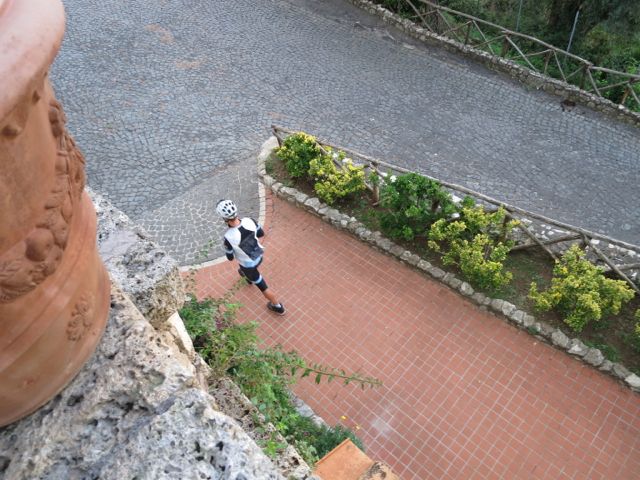 It was also here we were introduced to Augustus Farmer, a photographer and journalist who would be following us around for an upcoming article in Peloton Magazine. In addition to having one of the coolest names in Christendom, Gus would become a key member of our merry band of misfits, not to mention a friend. 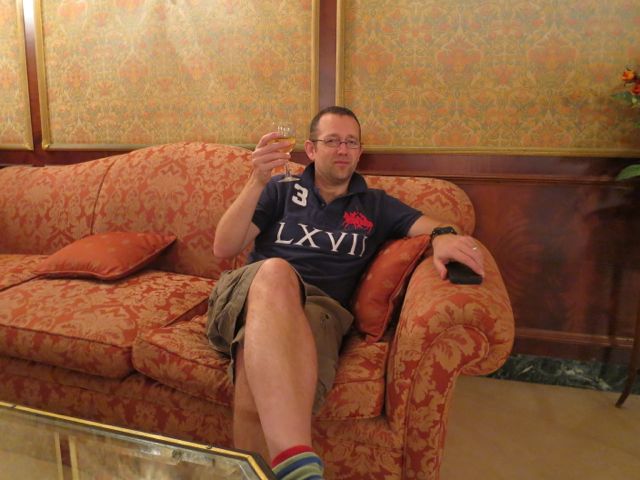 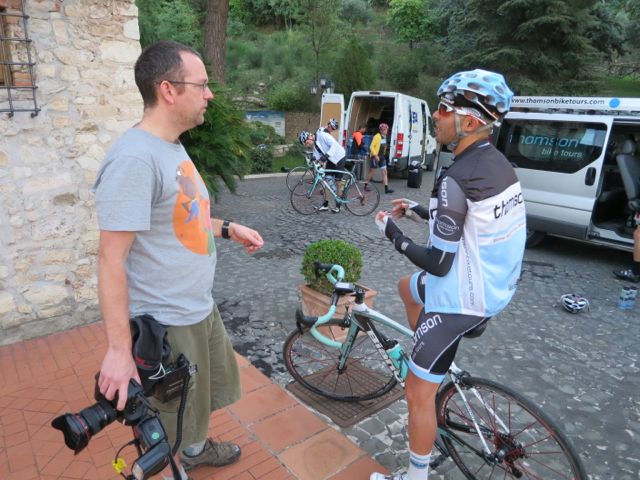 Today was hard, and tomorrow will be harder, with 195km and 9,500 feet of climbing on the agenda. After today, I’m not sure if that scares me more or less.

You’ll notice some of the photos I’ve put up are actually good. Those ones (with the Campagnolo logo) were shot by Pablo, our other intrepid photographer. Thanks Pablo! 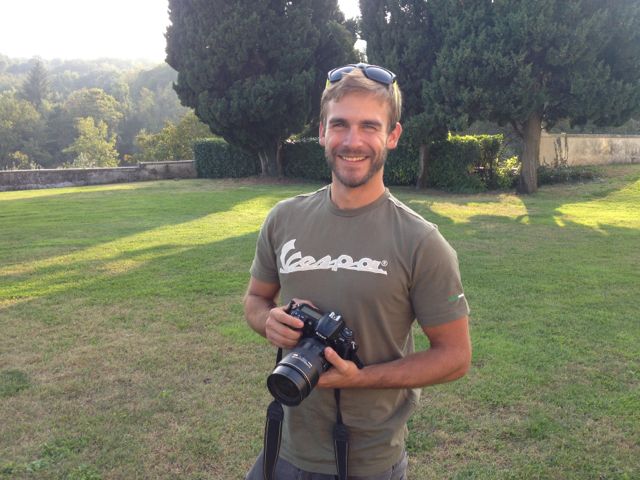