October 15, 2013 · by CycleChick · in The Campagnolo Experience, Travel 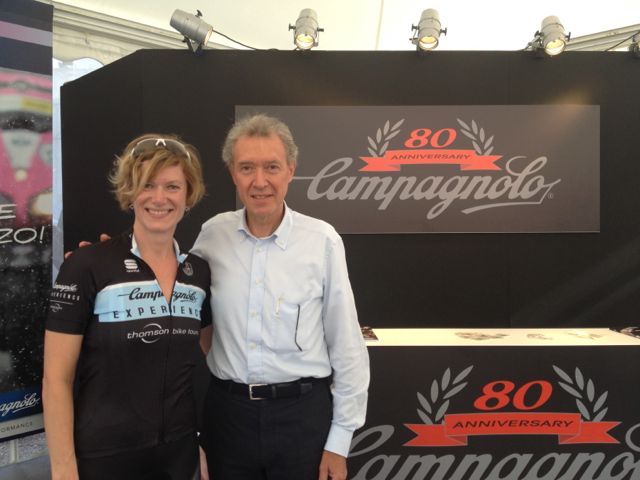 It’s not everyday you meet someone like Mister Campagnolo – but then today was not just any day. But I’m getting ahead of myself. Let me start back at the beginning.

In the morning I was able to meet the Thomson Bike Tour crew, which consists of group leaders Sergi and Daniel, Jordi the mechanic, and Pablo, the photographer. Sergi, Jordi and Pablo are from Spain, but quick to point out they are Catalan. Catalonia is part of Spain, but they are like a divorced couple forced to share the same house. Kind of like Quebec and Canada. Daniel is from England, but speaks to the others in Italian – or rather “Spatalian”, more a mix of Italian and Spanish, not that I can tell the difference. In any case, they are all awesome, and seem to have things running things like a well-oiled machine. Speaking of well-oiled machines, my loaner Bianchi is perfectly Italian, and, as promised, came totally decked out with a Campy Record group which I will need to learn to use post haste. Jordi had everything set up and waiting for my saddle and pedals, and soon it was ready to roll. 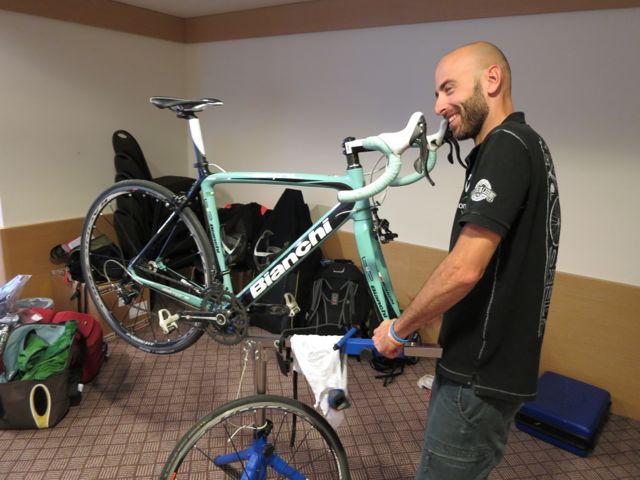 Our group is much smaller than I expected only eight riders, compared to the 30 I was expecting. That puts our rider to staff ratio at 2:1, which is far better than most daycares, so I know we will be well taken care of. One of my biggest fears before coming was that out of 30 riders, I would be the 37th slowest. Even with only eight, our group is varied in strength and speed, but everybody is really easy going and has a great attitude about the riding ahead. All that worry for nothing!

The other riders include three Americans – Ted from Norfolk, Virginia, Sharon from Utah, and Todd from San Diego. We also have two Australians – Mike from Melbourne and Joe from Bisbane (so I know I’ll have someone to drink with). Jeroen from the Netherlands, and Joel from Manila round out the group, meaning we have all but three continent covered – two if you consider than nobody really lives in Antarctica anyway.

After a brief run through of the rules (basically, don’t ride like a dick, be safe, and be on time), we went upstairs to the hotel restaurant for a typical Italian lunch of antipasti, pasta, meat, salad, and desert. It sounds like a lot, but oddly, you can clean each and every plate and not walk away half as stuffed as after eating half a burger from Five Guys.

After lunch, we put on our sweet Thomson/Campagnolo kits, loaded up the bikes and headed to Circus Maximus, a kind of ancient Roman velodrome for chariots. Called Circo Massimo in Italian, it is a very rare example of something that sounds cooler in English than Italian. Once the playground of gladiators, popes and kings, the Circo would be the location for a trade show in conjunction with tomorrow’s granfondo. 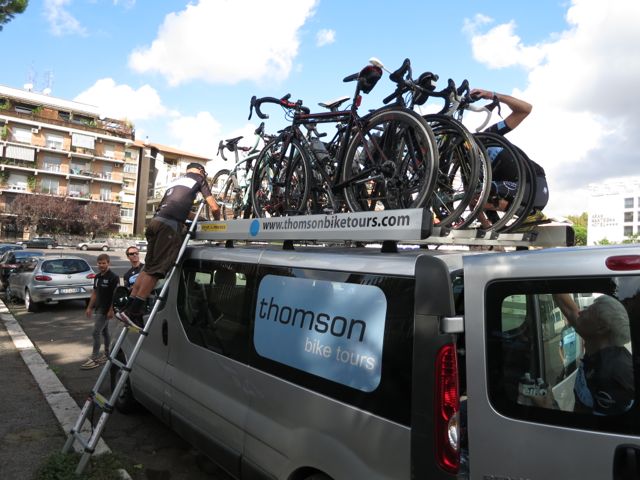 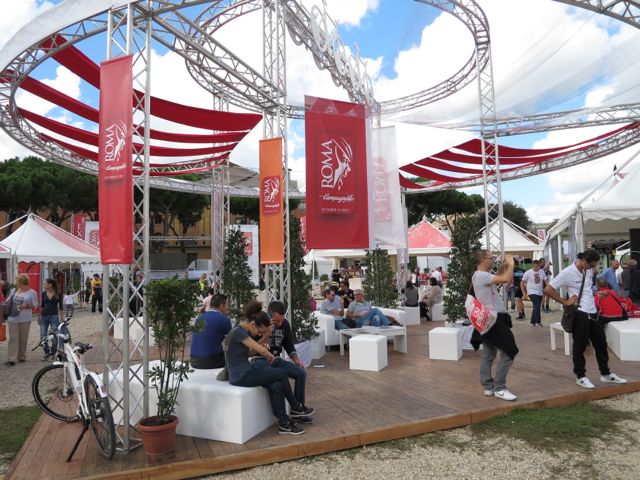 It was here I met Valentino Campagnolo. I have to say he was extremely warm and pleasant, and laughed when I told him how jealous my friends were that I was there, and how much they would probably hate me for having met him. When Joshua (Campagnolo’s marketing director) told him I had won the contest, he looked genuinely concerned and asked it I had done any training. Then we both laughed.

To everyone’s surprise, at the last minute the granfondo had been shortened down to 100km from the traditional 165, chopping out one of the most picturesque climbs on the route. So it was decided the chopped out part would be out warmup ride. We quickly chaged into our sweet Thomson/Campagnolo kits and loaded up the van with our bikes. I was exploding with excitement!

My legs felt pretty good, but my lungs and cardio felt like hell – not a big shocker after two weeks of doing nothing but watching reruns of the Walking Dead and going through massive amounts of Kleenex. But the ride was spectacular – about 30km with a nice eight kilometre climb in the middle. And the views. Good Lord. Pictures really can’t even touch it. Well, not mine at least. I’m sure Pablo’s will be better. 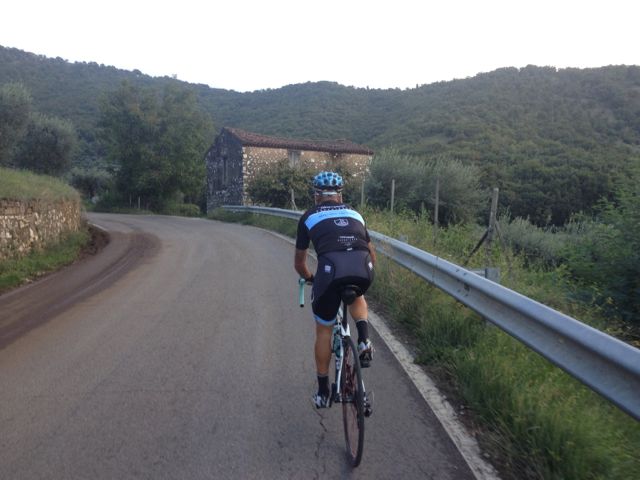 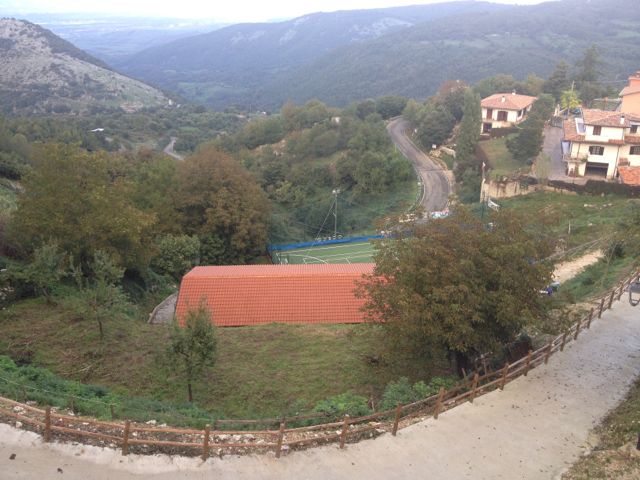 Everywhere in Italy the views are stupendous, the food is incredible, the women are beautiful, and there is always a bunch of old Italian dudes hanging around on the patios. I asked these guys if I could take their photo, and they enthusiastically agreed. We had a lovely conversation – them speaking Italian, and me in English – undeterred by the fact that neither understood a word of what the other was saying. 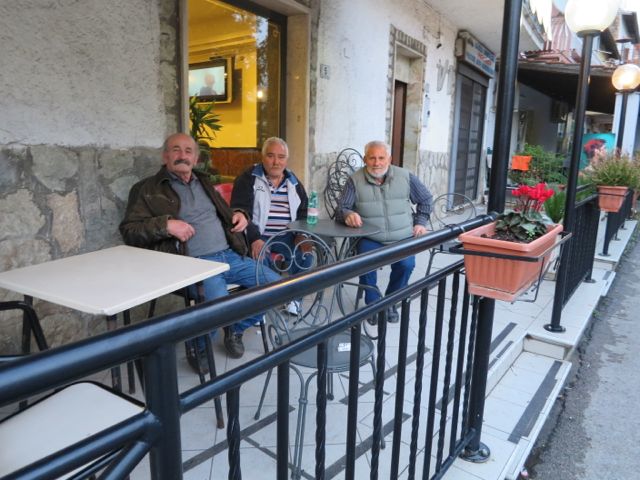 Dinner that night was hosted by Campagnolo, in a great restaurant in Rome called Hostaria, located on the Via Appia Antica, which, by many accounts, is the oldest road in the world. The road is lined with catacombs filled with the ashes of freed slaves, and these catacombs can even be found inside the restaurant itself. Chef and owner Paulo proudly informs us we are eating in a graveyard. The setting and the food are sublime. 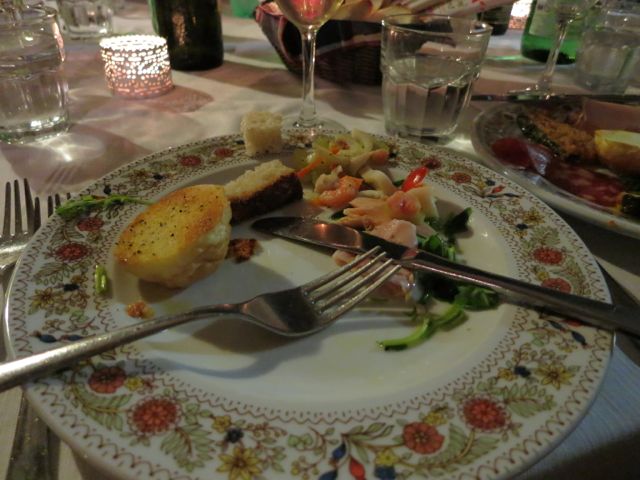 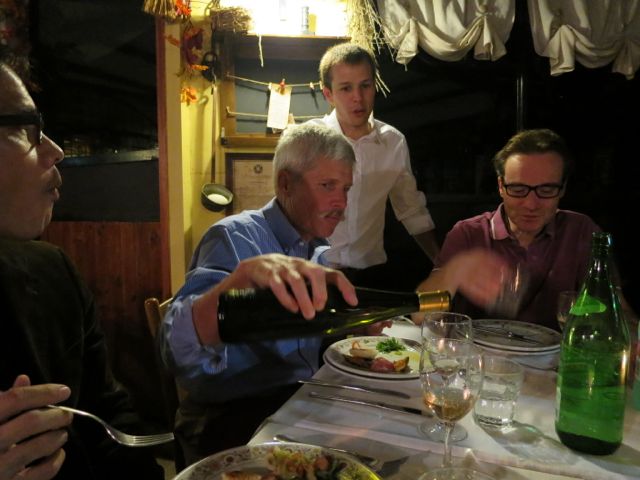 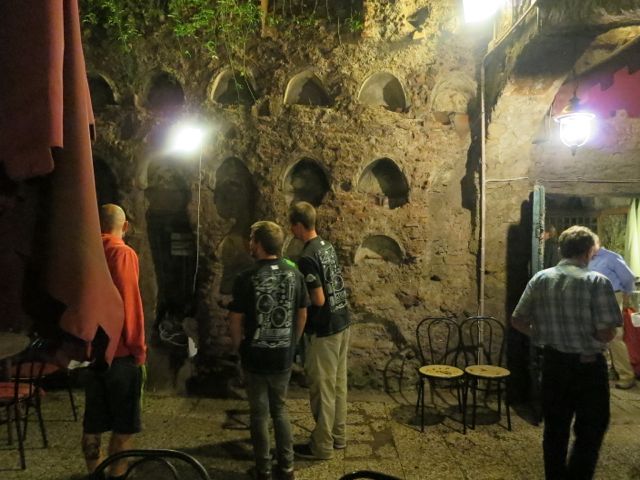 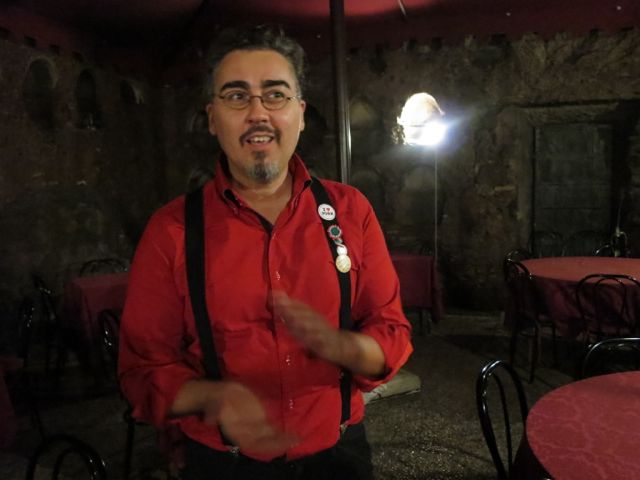 Time to run! That bike is not going to ride itself!