The Campagnolo Experience, Day 1: When in Rome

October 12, 2013 · by CycleChick · in The Campagnolo Experience, Travel 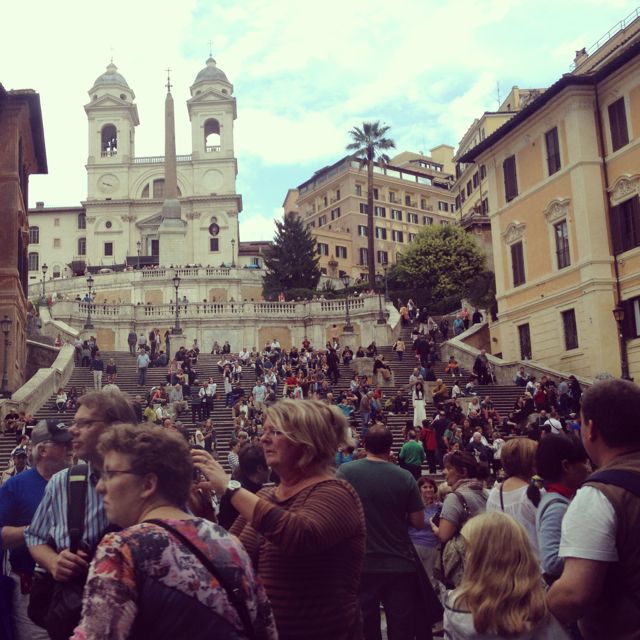 Today was a resounding reaffirmation that airplanes are flying germ canisters that put us in unacceptable proximity with other humans – complete with all of their unpleasant habits, noises, and smells. However, until teleporting becomes a reality, mass transportation will be a heinous necessity if one wishes to be anywhere far away from where they are.

Arriving in Rome is like landing on another planet. It’s big – huge even – and so packed with people they mill around each other at frightening speed and proximity, completely at ease, regardless of their mode of transport. 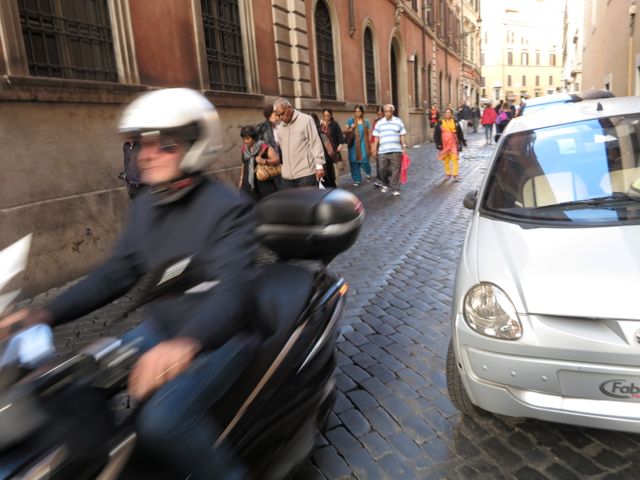 My kamikaze shuttle driver delighted in sharing the incredible historical marvels of his great city as he repeatedly skimmed past pedestrians, bikes, motorcycles and cars on roads narrower than most North American driveways.

When I finally arrived at the Aran Mantegna Hotel – which makes up for its disappointing distance from the historic city centre in size in modern opulence – I am exhausted, filthy, and an wanting to be as far away from other humans as possible.

My room wasn’t ready, so I celebrated my arrival with a glass of prosecco from the hotel bar, which I halfheartedly drank while trying desperately to stay awake. 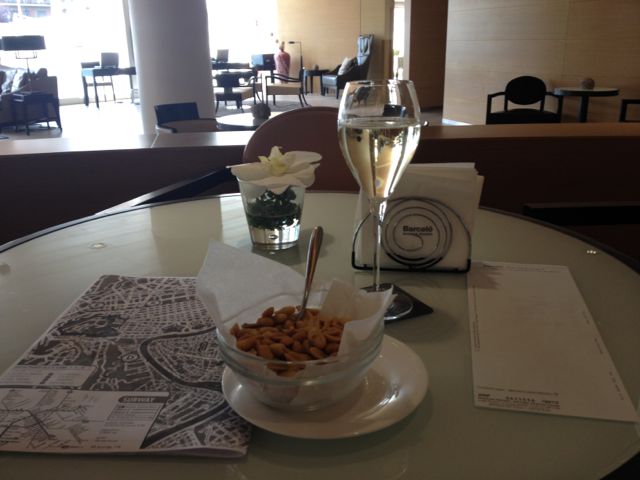 My wait was rewarded by an upgrade to my room. I think the girls at the front desk either felt sorry for me, or were worried that my appearance was re reflecting poorly on the image of the hotel. Regardless, my room is enormous and modern, with a bathroom larger than most of the rooms in Europe I have ever stayed in.

After freshening up, I decided I should get out and explore before dark. Against my better wisdom (which is questionable at best), I decided to take the bus. Busses in Rome suck pretty much the same as busses anywhere else. 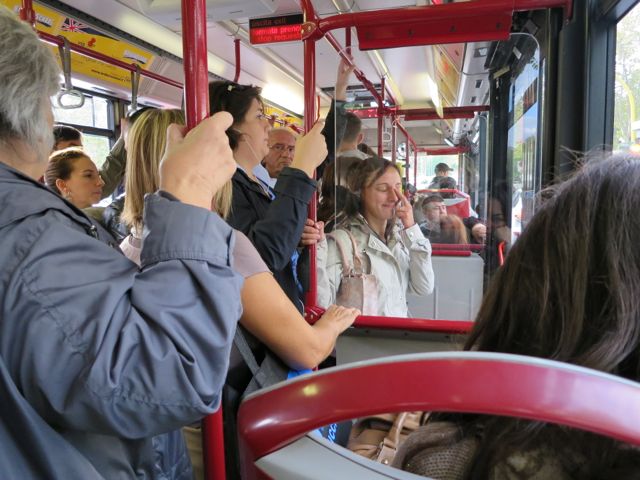 I arrived at Theatro Marcello, right in the middle of the city centre. I figured it would be an easy landmark because it’s right beside this, which is pretty hard to miss. 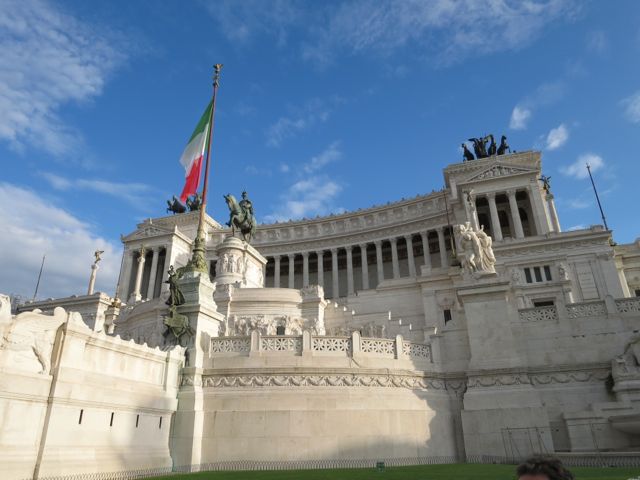 “Il Vittoriano” was built in 1911 as a tribute to Italy’s “first” King after one of the million wars in its history. Interestingly, it is not loved by the Italians, and often compared to a typewriter or wedding cake. It is seen as too “monumental” and flashy – and for the Italians to think that, you know it must be bad.

Even still, you know me and directions. 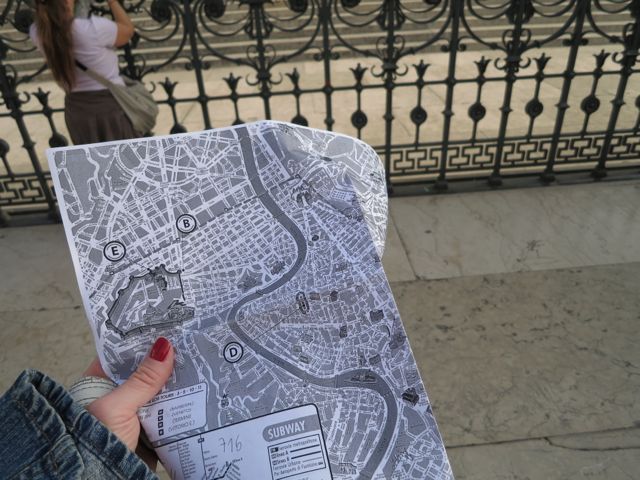 It was fun to wander around with no particular agenda or knowledge of the touristy landmarks. I just wandered, and looked, trying my best to remember where I was. I found all sorts of amazing things, many presumably older than Jesus. 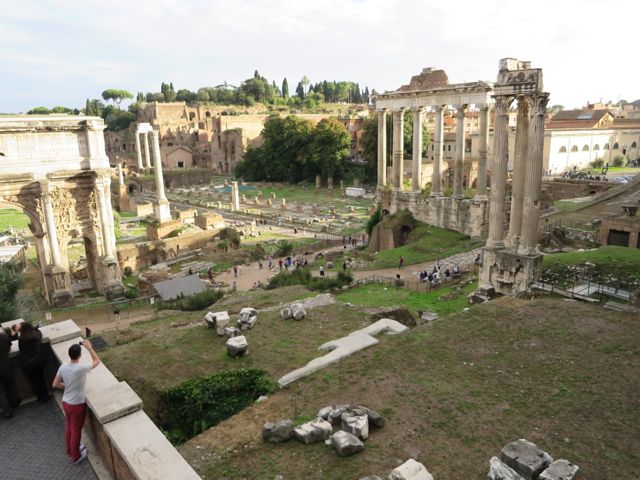 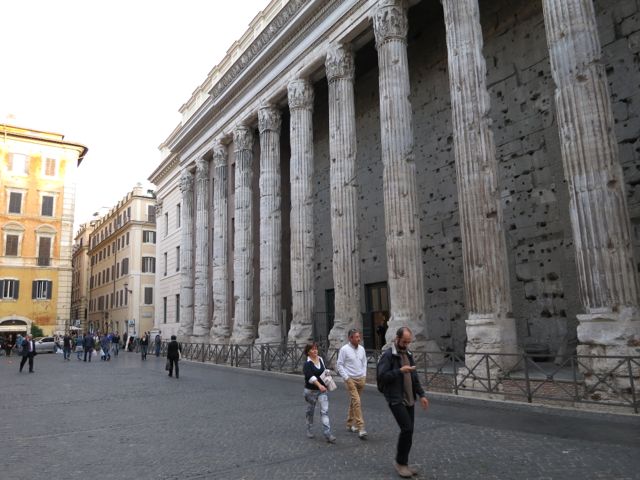 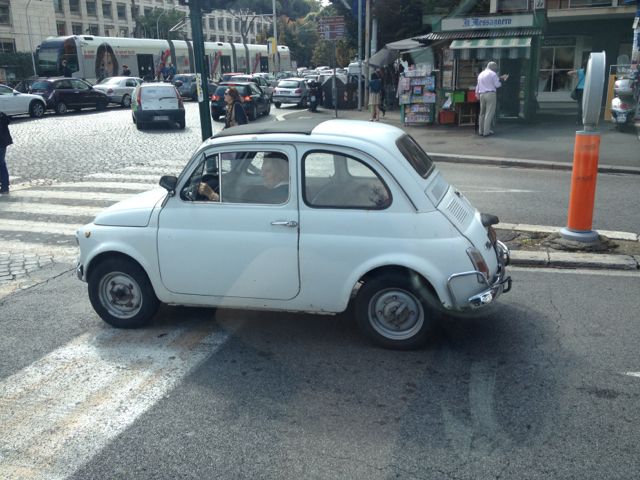 Ok, that last one may not be quite as old as Jesus, but it is the great grandmother of my Fiat 500, and so small I could put it in my pocket. SO CUTE!!

Everywhere I looked there was something amazing. 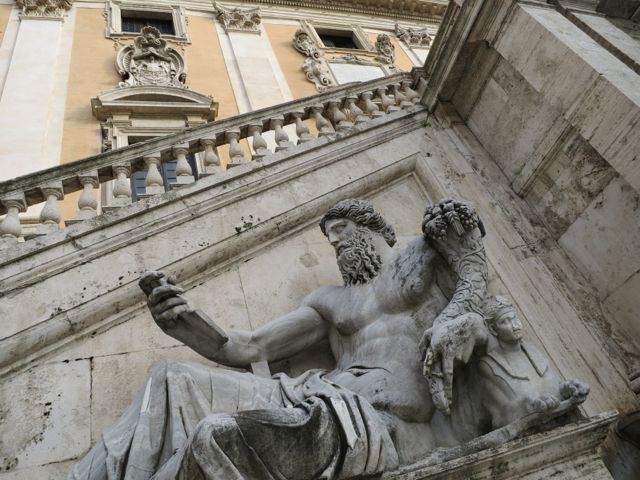 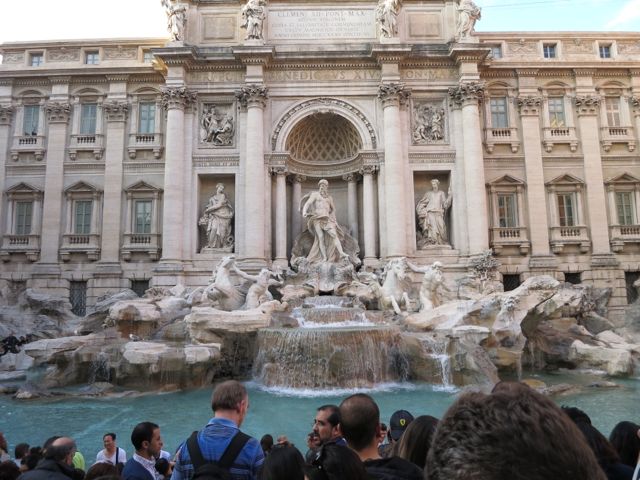 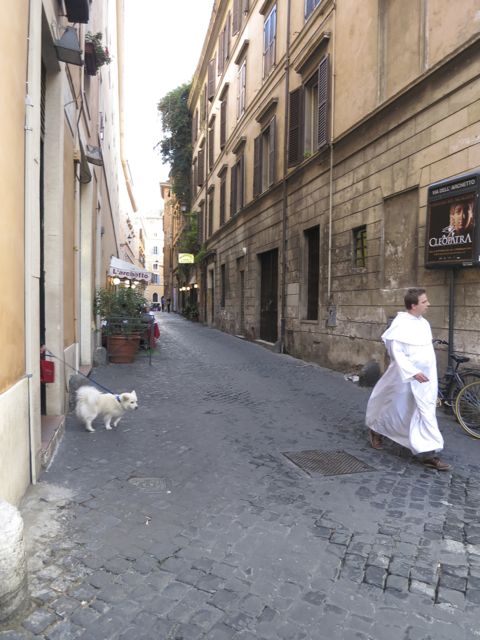 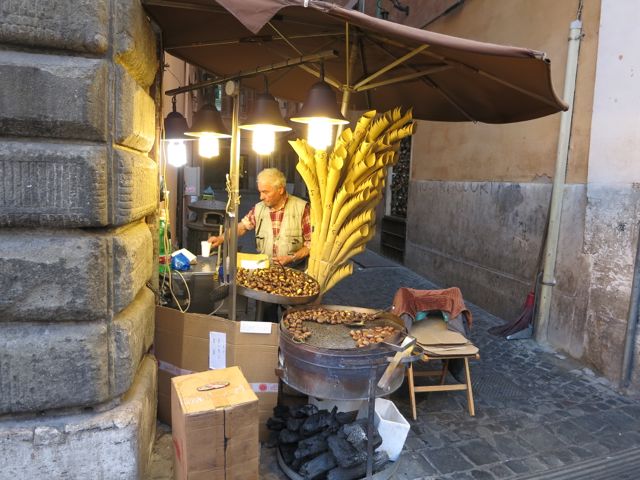 By far the most interesting thing to look at is the people. They are everywhere. Stylish Romans and tourists by the thousands. 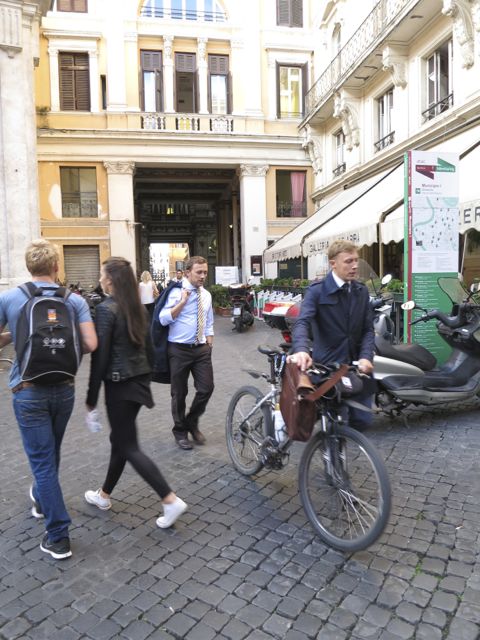 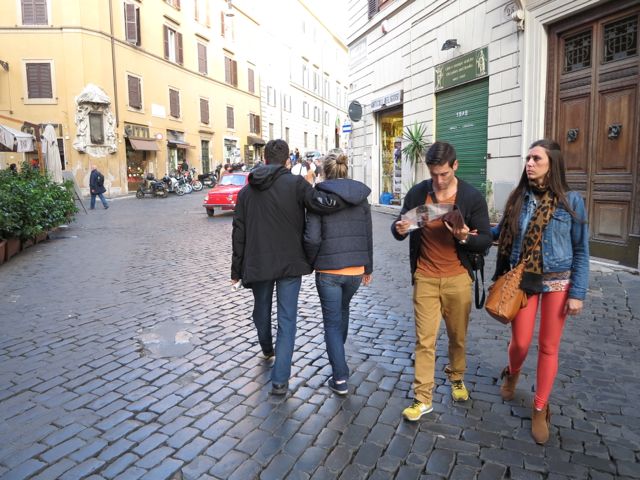 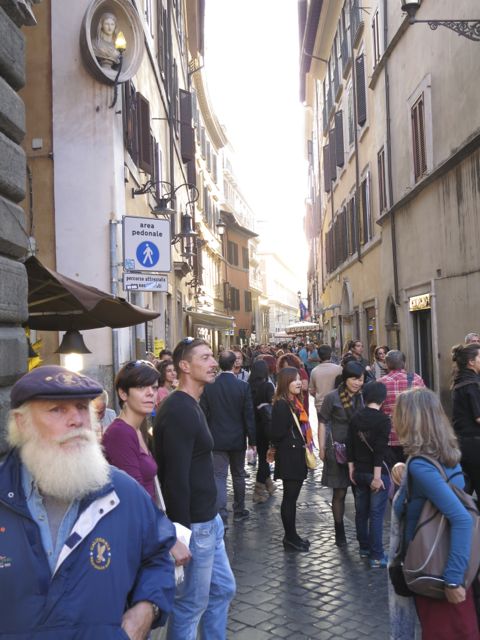 I decided I couldn’t be in Rome without trying one of the many pizzerias lining the old cobbled streets, each one more inviting than the next. 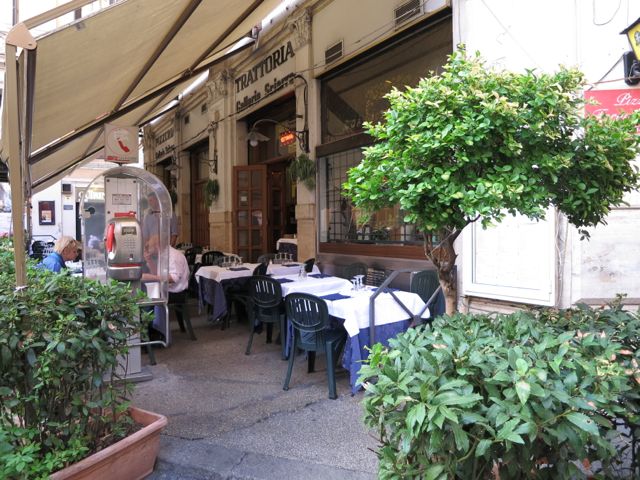 I randomly picked one with the most handsome Italian waiters, and sat down for a fantastic pizza and glass of the house wine. Magnifico! 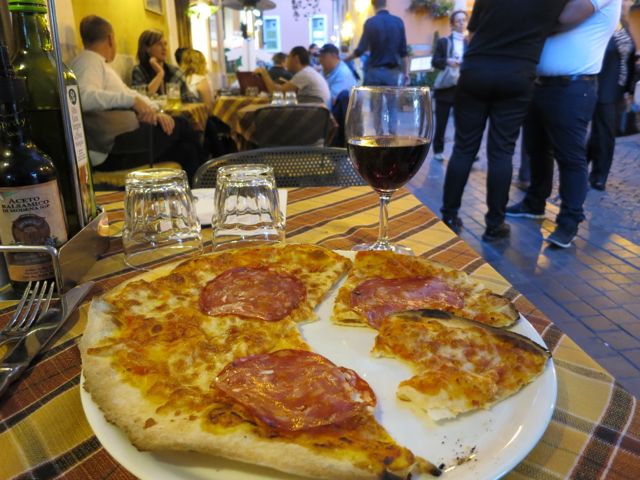 And just so you are not totally disappointed, on the way back to the bus, I may have done some shoe shopping. 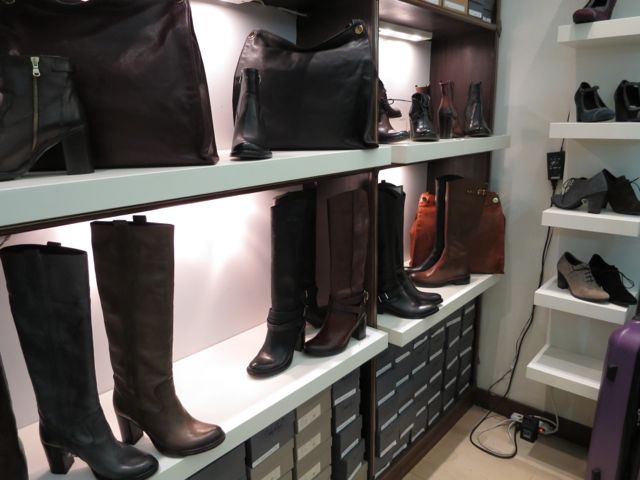 Amazingly, I did not get lost, and found my way back to the hotel and was in bed by 9pm. It was a fine, if exhausting first day.

Tomorrow morning I will meet the tour group for the first time. I haven’t seen anybody here at the hotel that looks like they might be a cyclist – but in my white leather pants and shiny new red stilettos, I might not look like one either.