Beers, Bikes, and the Big Lebowski 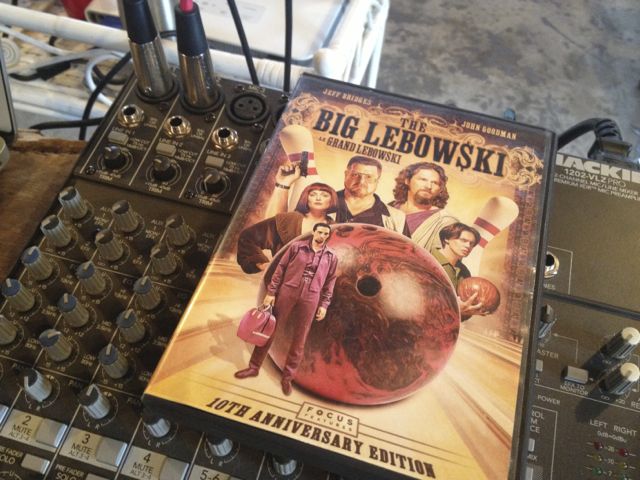 As we all know, bike racing is serious business. Very. Serious. Business.

Saturday’s 24 Hours of Cohens was the latest chapter in the ten-odd year saga of the Nordic Cross, a series of winter races put on by the FGBC that are as off-rails as they are off-grid. But make no mistake, you cannot take this shit lightly. 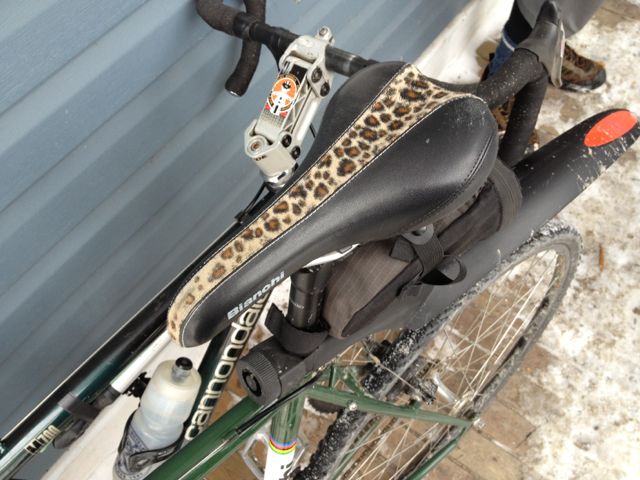 The 24-hour race formerly known as Sloth Cross consists of a series of laps, which can be accumulated by riding a predetermined cyclocross course, OR watching a movie falling under the year’s cinematic theme. The basic premise: whoever accumulates the most laps wins. This year’s venue: The garage situated behind the Trust Fund Orphanage – a cozy, if slightly gassy place generously provided by the owner’s son. This year’s theme: The movies of the Coen Brothers. 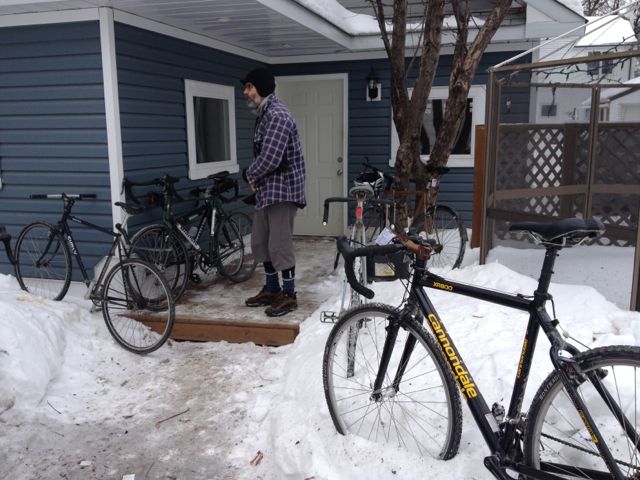 The race began with the Media Lap – the first of several actual bike laps in which the overall quality of the course is assessed. Shitty sections are subject to adjustment as required. There is a good amount of surveying, portaging, crashing, and swearing. 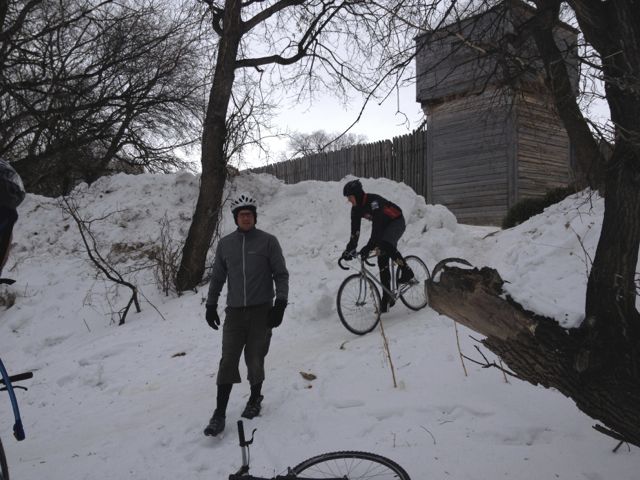 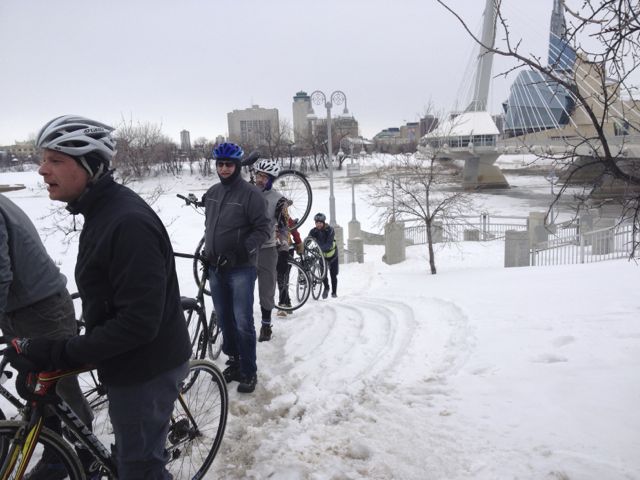 On completion of the media lap, we entered the feed zone to refuel before the start of the next lap – Oh Brother Where Art Thou. 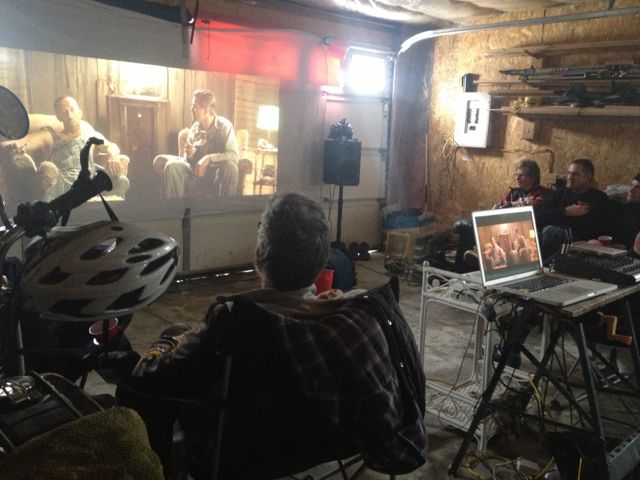 This lap proved to be a real challenge for this rookie – I spilled a not-quite full bag of chips and almost knocked over a motorbike. Eventually the pace was just too gruelling and I was forced to abandon the race, suffering a humiliating DNF after falling asleep before the mandatory Big Lebowski lap at midnight.

But not to worry, nothing was fucked. It was great fun and The Dude continues to abide, at least until next year.

Thanks goes out to the Orphan and his long-suffering parents who made a surprise appearance to make sure we didn’t wreck the place.