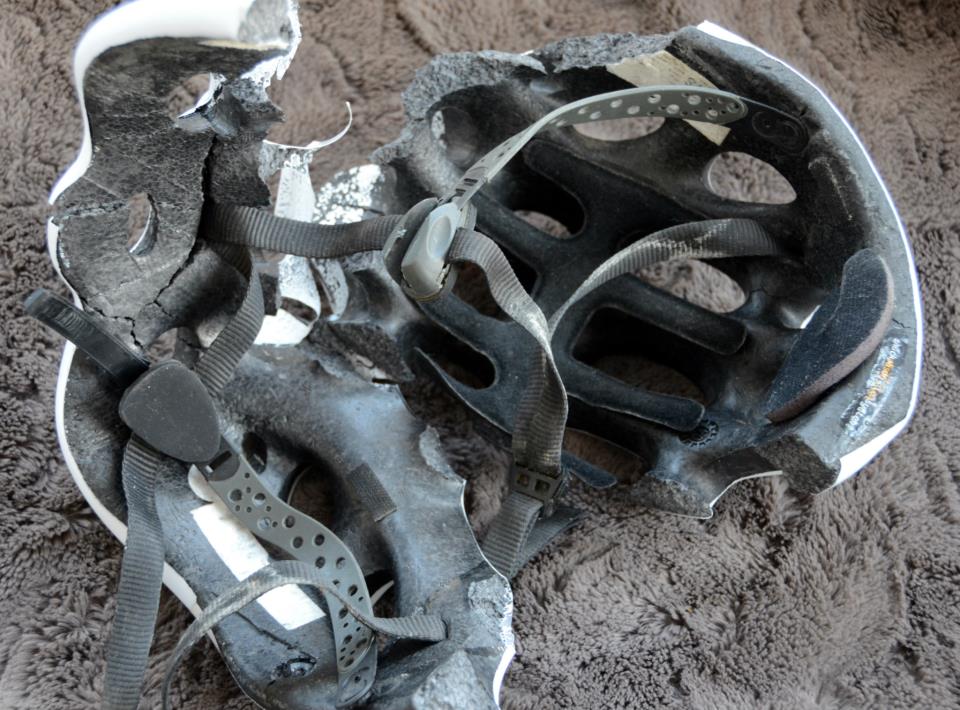 I hate to yell. You know I only do it because I care.

Every so often I am tempted to go for a ride, au natural – sans casque, like the stylish girls I see on Cycle Chic. And then something like this happens. 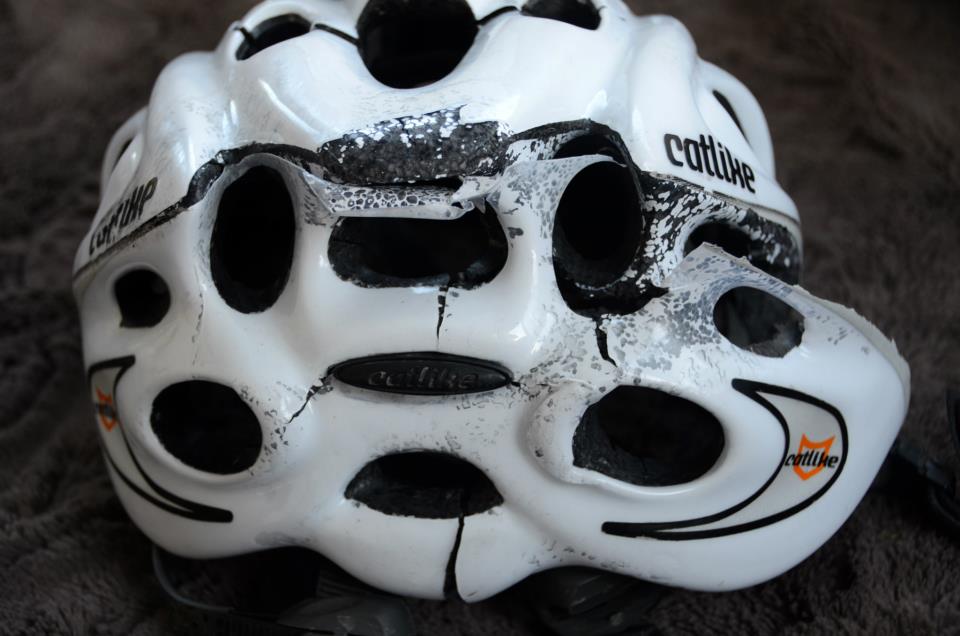 My friends Ryan and Sarah were on a riding vacation in Scottsdale AZ recently, and Ryan hit a bad fault in the pavement and went down hard – right on his head. Sarah turned to find him in a crumpled heap on the ground, unconscious and breathing erratically. Ryan doesn’t remember the accident, or the trip in the ambulance. He suffered a bad concussion and some bleeding at the base of his brain. 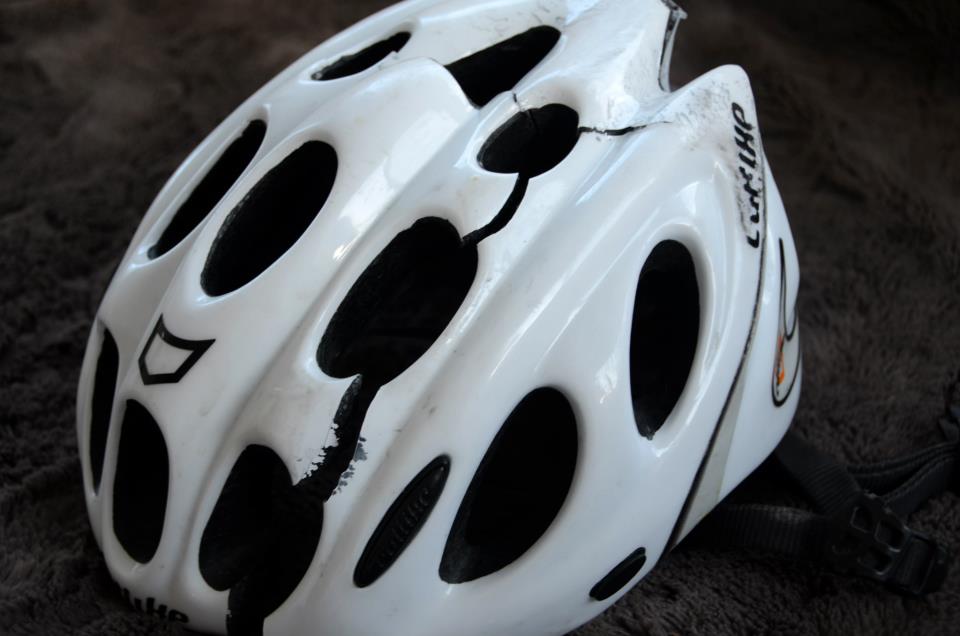 The photos are shocking because this could have been his head.

That his helmet saved his life is undeniable. Thankfully he has the good sense to wear a good one that fits. There was no car or other riders involved – just a bad patch of road. If you ride on a road, which you probably do, this could happen to you. Anytime. Anywhere.

In addition to being a husband and father, Ryan is also a pretty big deal in the medical world. Of course I would never say one person’s life is worth more than anyone else’s, but let’s just say that we came very close to losing one of the best cancer researchers in the world. Thankfully he is ok and will make a full recovery.

We have a choice here whether to wear a helmet or not. Sure it would be nice to be chic sometimes, but it’s hard to look cute when you’re head is in a million pieces.

So please. You have a helmet. Wear it.

← Toronto the Good
Beers, Bikes, and the Big Lebowski →