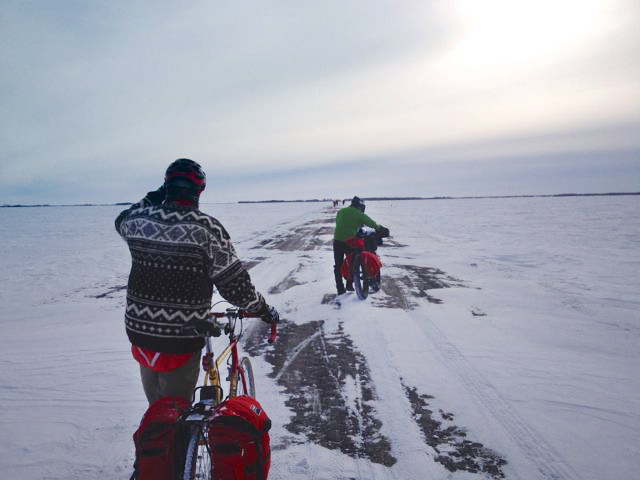 With Actif Epica three short weeks away, organizers arranged a little recon ride today to give registered racers a small taste of the 130(ish) kilometre course. 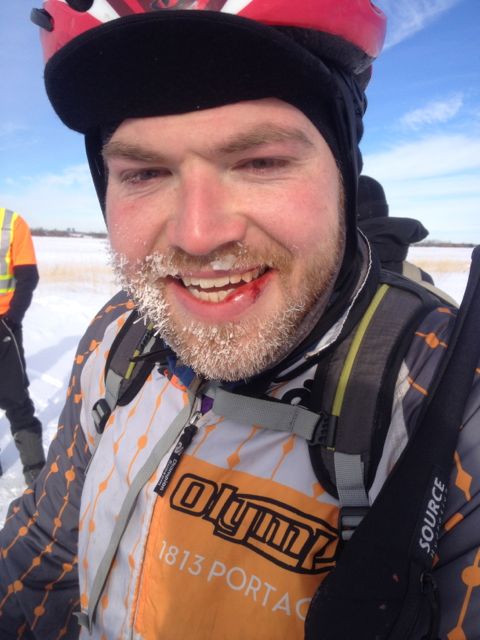 Young David tried to french kiss a rock. It didn’t like that. The good news is that David’s dentist is getting a new Mercedes.

The conditions were quite cold, about -15º with a nasty wind from the north – nothing like the anticipated race day forecast of +24 and calm. Of the fifteen or so riders that came out to play, there were only about four of us not riding fat bikes. I was on my ‘cross bike with 34c tyres, and everything was ridable, except the parts that weren’t. 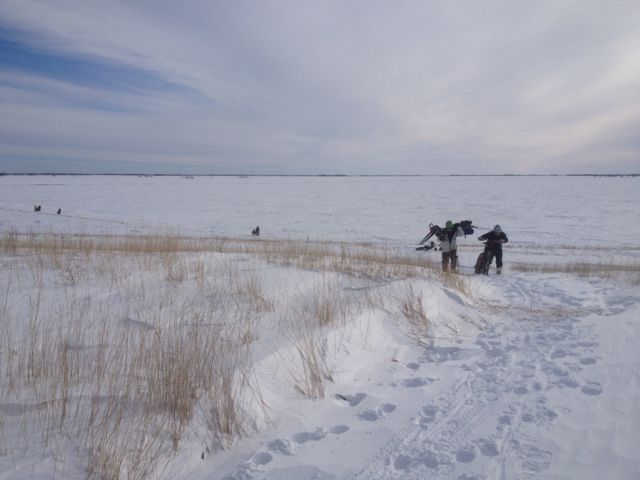 Snow can be a drag, but it can also be pretty useful for racking your bike. 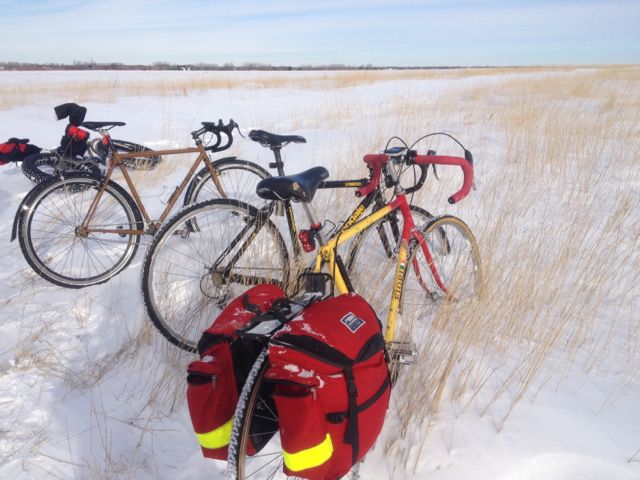 I wanted to come out today because, in spite of doing Actif Epica two years ago, I’ve have some trepidation this year due to some equipment changes, diminished training time, not to mention this whole “polar vortex” bullshit.

Like most things, being around similarly minded people can do a world of good. 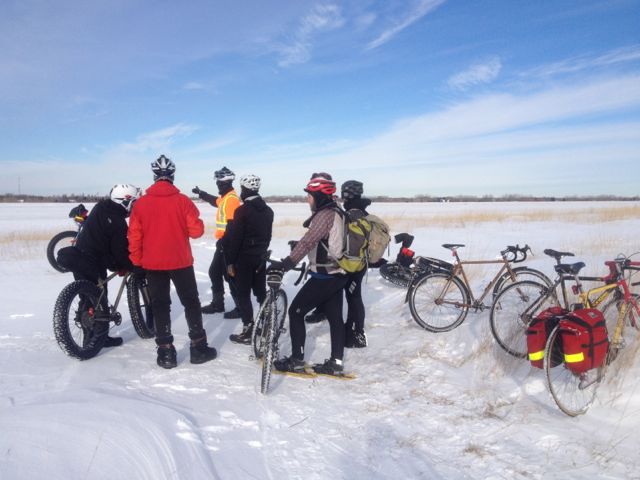 My bike fared well, as did most of my clothing, with the exception of my ski pants that continue to be hideously unattractive. They could certainly take some lessons from Stephen’s sweater, which got top marks in the style department. 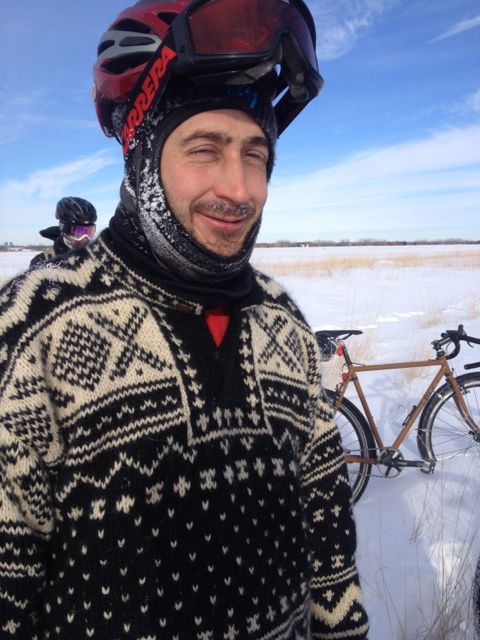 Kevin was quite daring in his au courant tape mask, no doubt the work of some edgy new fashion designer from France. Mark my words friends, in the coming months this look will be everywhere. 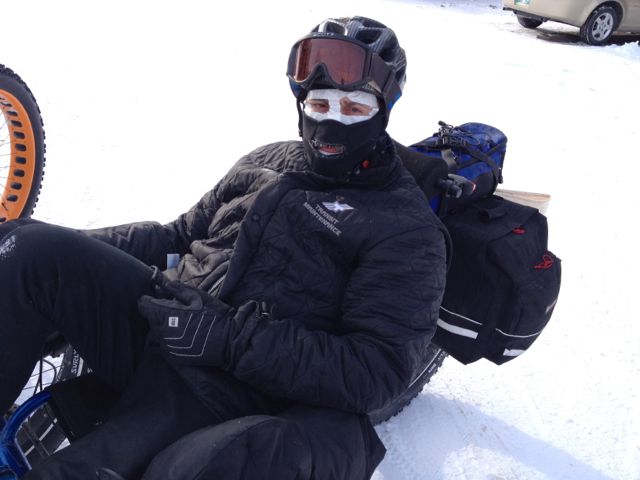 Kevin is the guy you see tearing around in that little yellow velomobile. For today’s ride he was on an equally unusual three-wheeled recumbent fat bike. Kevin clearly has an eye for the unusual. I wonder what his house looks like. 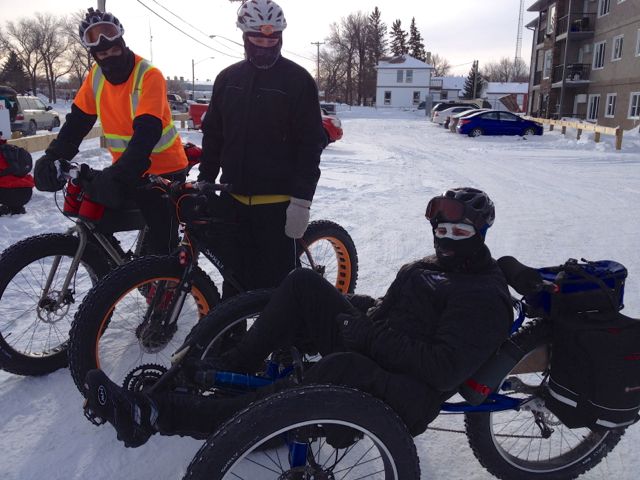 Kim and Dave were there looking all adorable in their matching fat bikes. Dave reports that the Hippy Bars are working their magic and are just as good frozen solid. Heck, maybe David’s dentist can get TWO Mercedes! 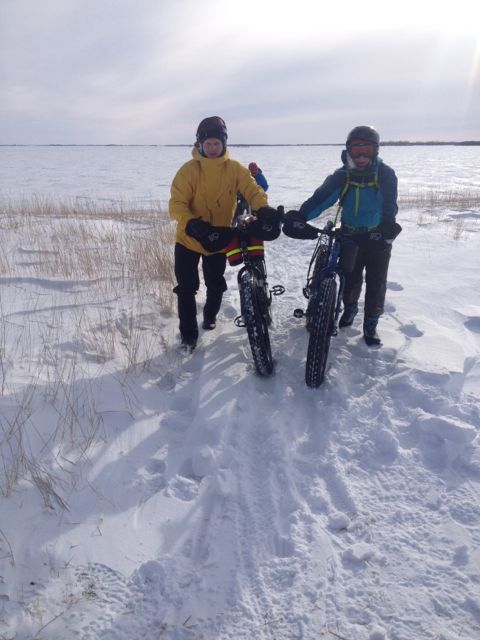 Charles walked away with the Best Beardcicles of the Day Award by a landslide. 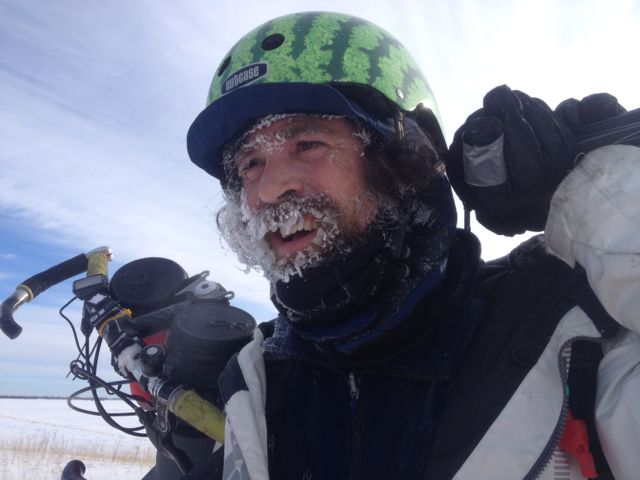 I’m happy to report my water stayed in its liquid form, and would have been a total win if I had actually brought enough of it.

All in all a good time was had by all. After all, they say that winter biking is the most fun you can have with eight layers of clothing on. Even if one of those layers happen to be ski pants.

← The Glorious Indignity of Winter
BarnCross 2014 →