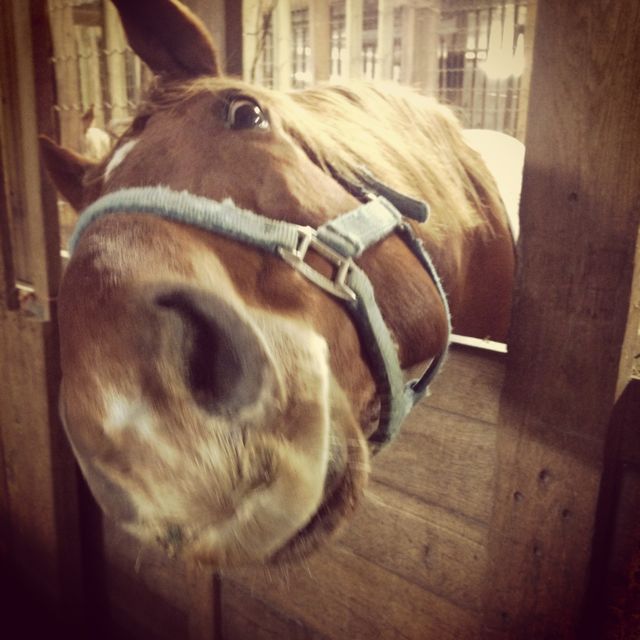 Roosters and barns go together like ham and eggs, so for the third year in a row, Dark Red Racing & friends spent a frigid Sunday afternoon giving old man winter the middle finger salute by racing our bikes in a horse barn. Some might call it crazy. We call it BarnCross. And it looks something like this. 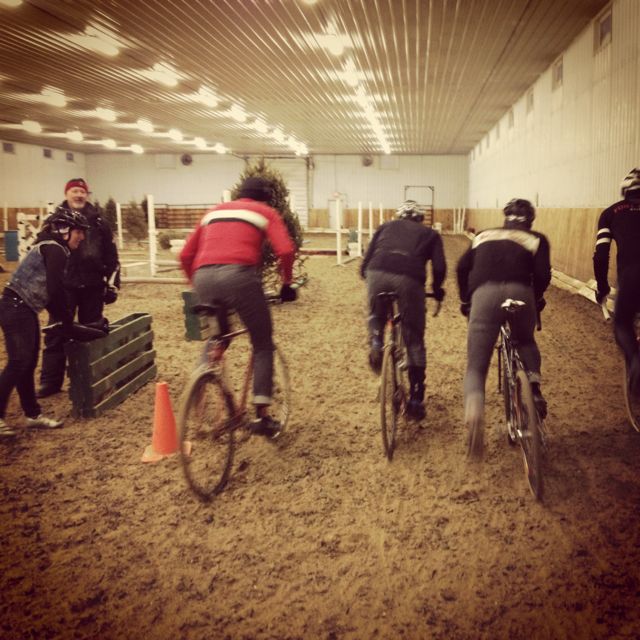 Attendance was a little down this year, probably because 80 kilometre winds and blowing snow made visibility on the roads something like this: 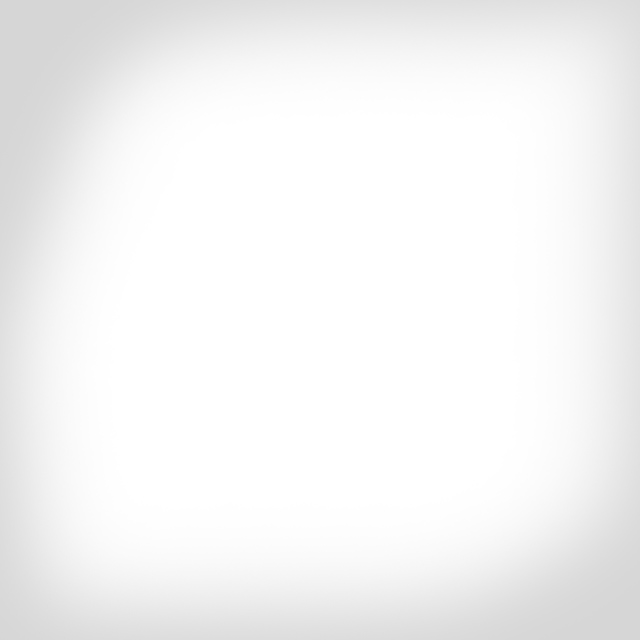 But roosters are hearty folk, and those who made it out were treated to short but painful laps of a course with sweeping curves, a fancy new ramp handcrafted by The Awesome One, and plenty of horsey jumps. 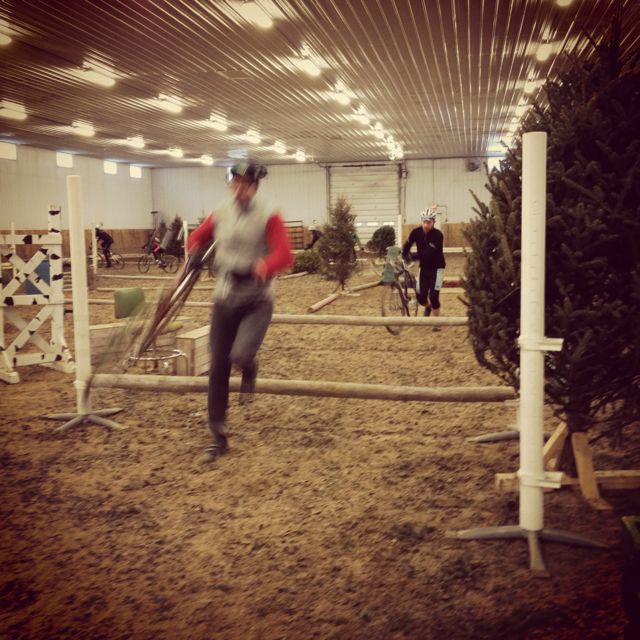 As in previous years, the rules were made arbitrarily, and followed at the discretion of the racer. Points and penalties were given with little consistency, but equal abandon. There was a podium. Like many of the racers, it fell over. 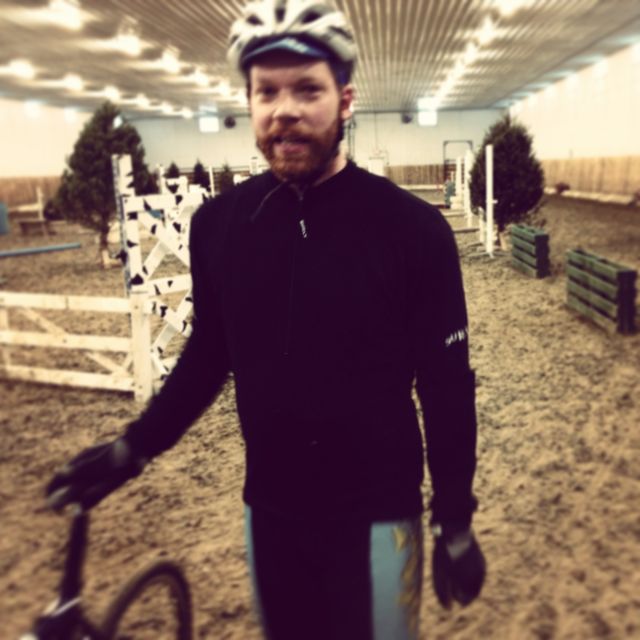 But no matter, after all we had a cozy space heater, chips, and appropriately selected local beverages. 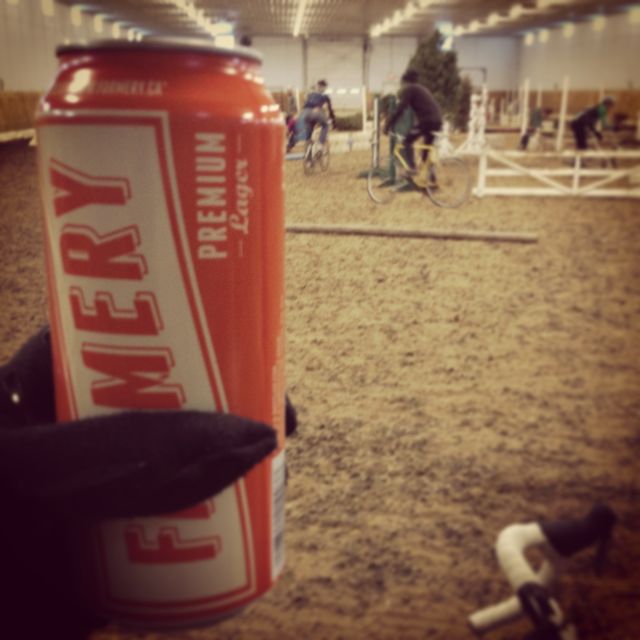 Do you like how artsy and out of focus my pictures are? Totally on purpose.

G and I took a trip to the loo. It was scary. 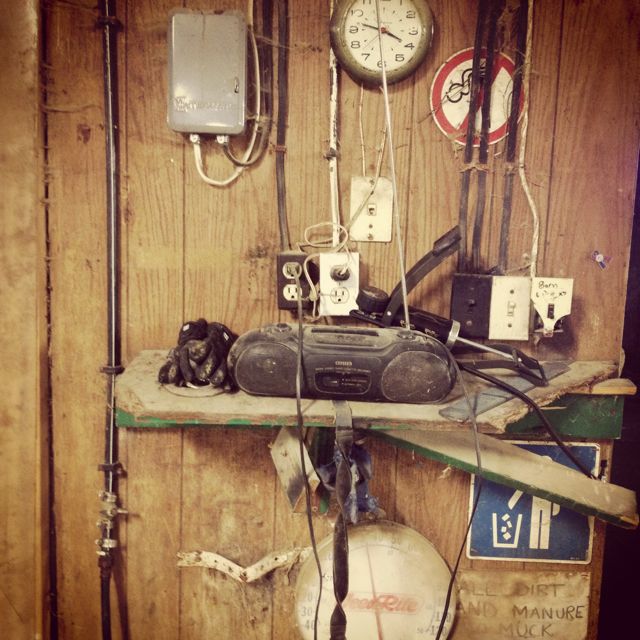 But not nearly as scary as the crazy wind blowing around outside. Thankfully it died down before we left and we didn’t have to have sleepover with the horses. They are majestic animals, but they kind of smell like ass, even to a rooster.

Thanks to the VP Pizza and The Inhaler for putting on a knee slappin’ good show, and to JP and The Cross Hottie for the après race rib stickin’ grub. Yeehaw!