A Humerus Thing Happened on the Morning Ride

Sorry about the title, I couldn’t help myself. Even if it meant giving away the punchline to this entire post. Yes, I crack myself up.

As some of you already know, last Tuesday I was involved in a serious crash during my regular morning group ride. It’s a ritual I do every Tuesday and Thursday morning from April to September (the ride, not the crash), with anywhere from ten to twenty-plus other similarly deranged individuals who seem to prefer cycling to sleep. It’s fast and hard, but we’ve been riding together for so long that it feels comfortably familiar, in a communal vomitorium sort of way. I can’t even begin to tell you how much I love this ride.

What I can tell you is this. We were cruising along at about forty-two kilometers per hour when the rider in front of me appeared to lose control and slowed. I did my best to maneuver around to his left and thought I had made it when all of a sudden I found myself on the ground in terrible pain. My right arm and hip seemed to be the worst, but it can be hard to tell in these moments how fucked up things really are. I knew my head had at least grazed the pavement, and that I needed to lie down. Which I did. Thankfully, the only other rider who went down was the one directly behind me, who launched to my right into the grassy ditch and was not hurt.

With some medical expertise in the group, they knew enough to keep my head still in case of neck or back injury. An off-duty paramedic from Quebec happen to drive by and outfitted me with a neck collar, as well as a tourniquet on my right arm, which was bleeding profusely. I found out later that JF had taken off his jersey to wrap around my arm to stop the bleeding. Considering the number of mosquitoes on the side of the road that morning, it was a heroic gesture probably worthy of a painting or ballad or something.

Over the course of the next five minutes I was asked my name and the date approximately forty thousand times. These are questions I may not be able to answer on the best of days, but adrenaline is a funny thing.

When the ambulance arrived, I was (literally) scraped off the pavement on to a backboard and whisked off to Grace Hospital where I was given some desperately needed narcotics for pain and an agonizing series of x-rays. The technicians told me to move the most painful parts of my body in a manner to cause the most discomfort possible. I was given some insight into the psyche of x-ray technicians, who may seem like a nice enough people, but are actually all masochists.

The x-ray revealed a badly broken elbow, or olecranon for the ‘penis and vagina‘ folks in the crowd. The end of the bone had snapped off entirely, broken into pieces, and would require the surgical insertion of a metal plate to hold the pieces together (*throws up in mouth a little*). Needless to say this was unpleasant news. Goodness knows it’s been difficult enough going through airport security since the incident back in college but that’s another story for another day. My surgery would happen at another hospital across town, where I guess they get a better deal on hardware from Home Depot.

Back into an ambulance with a new crew of attentive paramedics, who insisted on asking me my name and the date another forty thousand times over the course of the trip. By the end I was making stuff up, just to entertain myself.

By the way, if you need evidence of the dismal state of Winnipeg roads, just take a ride across town in an ambulance with a broken arm.

The surgery itself was quick and without complication, or so I’m told (I was asleep). Later, I asked to see the x-ray, out of curiosity. When I saw it, I instantly regretted the request. The gnarly piece of hardware they inserted into my arm looks like something that was picked up at a construction site and affixed with drywall screws. I’m told it can be removed in about six months, but it’s not like they put it there with Velcro, and I’m none too excited about undergoing another surgical procedure anytime soon.

Once back from hospital, I was able to talk to some of the other people on the ride to try and figure out what happened. As I suspected, the rider in front of me had hit the gnarly crack that runs along the shoulder of the road that has plagued us all season. It is just wide enough to swallow a road tire, and opens and closes intermittently along the length of the road zigzagging in and out of the shoulder as it pleases. As for what happened next, the overwhelming evidence seems to suggest that my front wheel got hooked in the quick release of the back wheel in front of me. Several of my front spokes were shredded (all on the right side), which is unusual in and of itself. When the group had stopped after the crash, the other rider noticed that his back wheel was released from the frame, so it’s pretty hard to dispute. My alternate theory is that there is a Jabberwocky hiding in the woods just outside of the city. You’ve been warned. 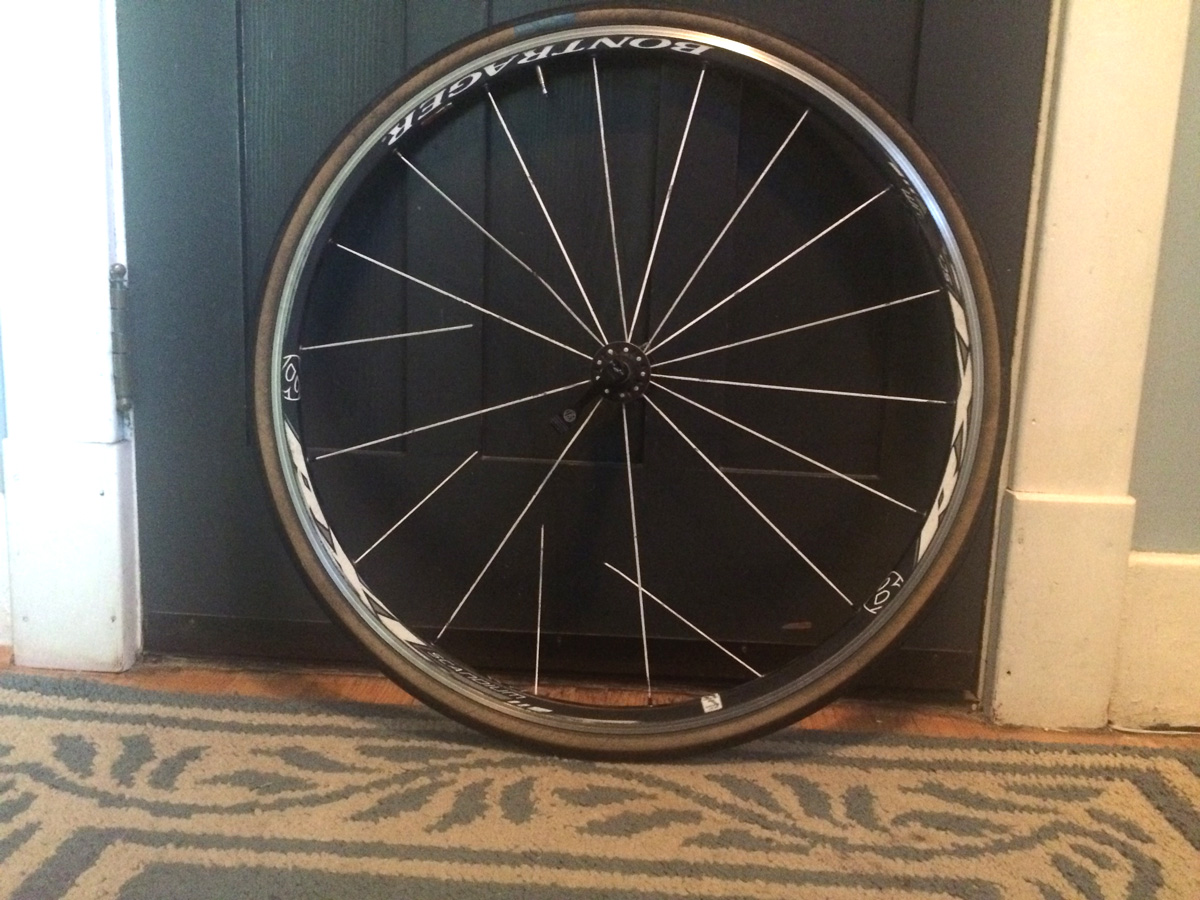 Back when I started racing criteriums a number of years ago, I remember Jay, the provincial coach, inspecting the bikes at the start line to ensure our rear quick releases were pointing forward. One day I finally asked him why. He explained that in the event two riders come in close contact, a front wheel could in fact release a rear wheel and cause a crash. At the time, this seemed like a pretty far-fetched idea, unlikely at best. I always remember this tip when installing my wheel, but suspect the majority of us amateur riders have never even heard of such a thing. I certainly hadn’t until I started racing. And it was only the fact that Jay was sharing his knowledge with us that I knew about it at all. If there is anything positive to come from a crash it should be a new lesson. So today’s public service announcement from your friendly neighbourhood CycleChick: Always position your rear quick release lever pointing to the front end of your bike. Like so: 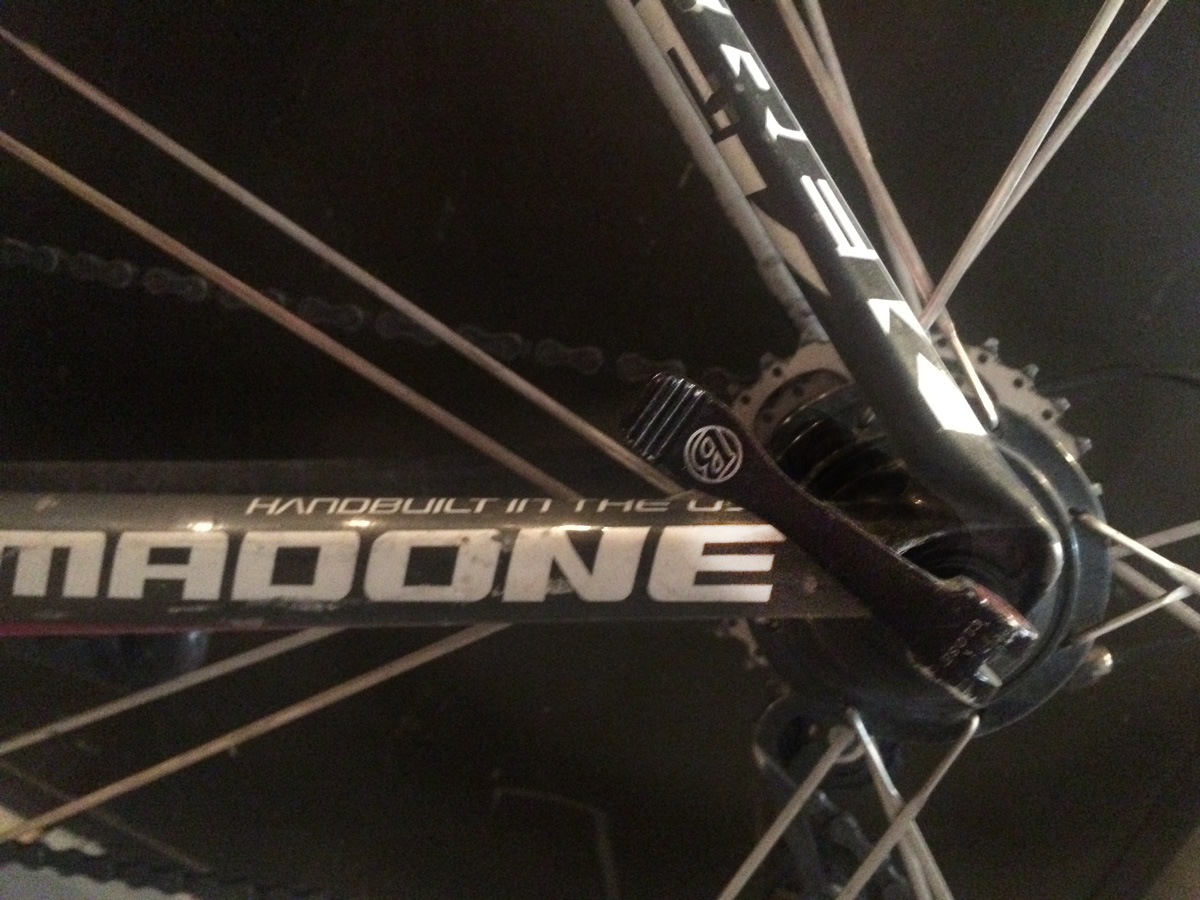 Please excuse the poor photos. I am very right-handed. And take shitty photos.

It’s been five days since the crash. I am sore, bored, frustrated, and disappointed that I’ll be missing some key events I had planned, including cyclocross season. Again. But I can’t help but consider myself lucky. I have an amazing family who has been nothing but supportive, which is pretty amazing considering the inconvenience I am putting them through right now. I am basically a grouchy, useless, and foul-smelling invalid. Sort of like a teenager. I have great friends who offer support, encouragement, and gestures of kindness I hardly deserve. I also have the great team of trainers and physiotherapists at Pure Lifestyle who I know will get me back on the bike and stronger than ever in record time.

Things that suck about crashing:

Depending on the extent and location of your injuries, your day-to-day activities are sure to be effected. In my case, my right, dominant arm is casted from my hand almost to my shoulder. Making the following things impossible:

This list could probably go on forever, but it’s making me depressed, so let’s move on to the brighter side.

Things that make it suck less: 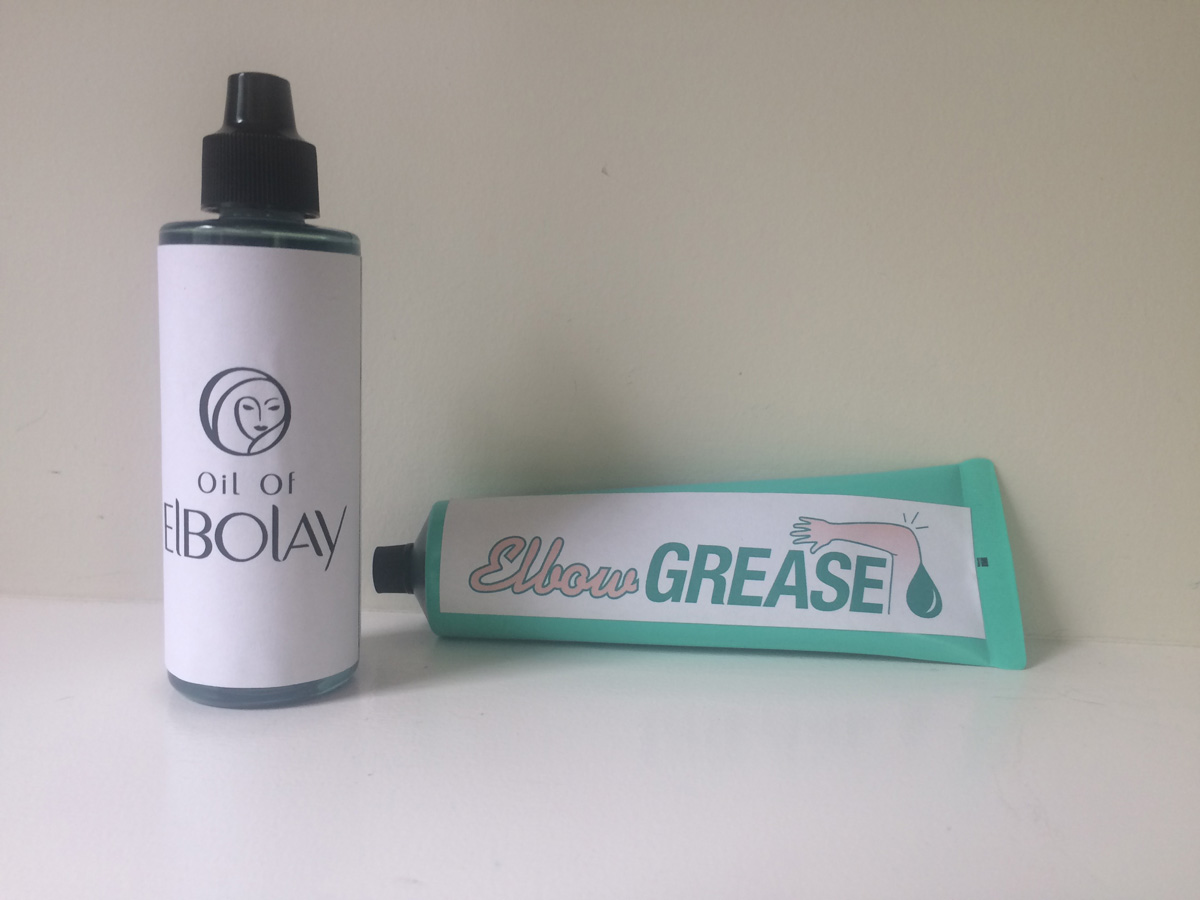 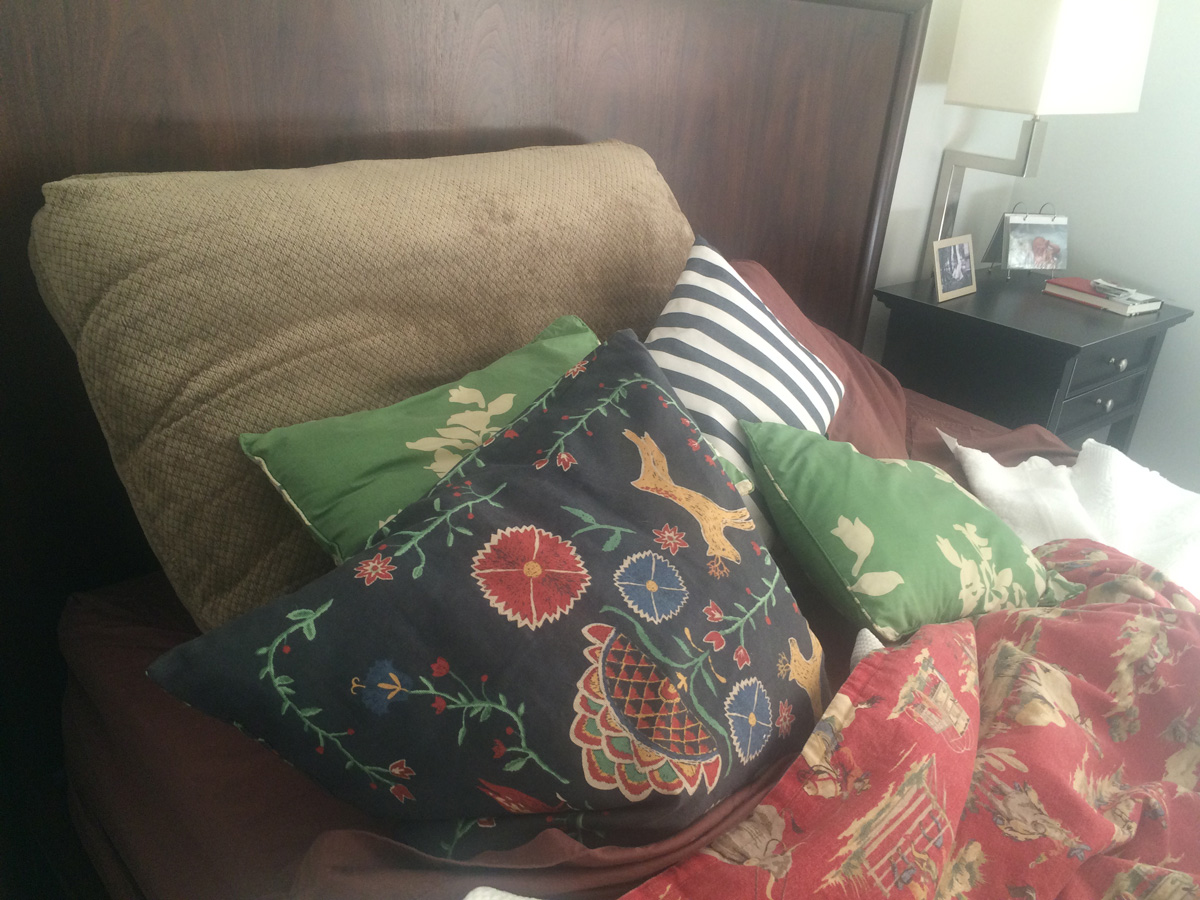 That’s about it. Crashing sucks.

If you have the misfortune of being bedridden, the smallest things will bring you pleasure in your otherwise uncomfortable and boring day. Like finding a piece of chocolate you had dropped the day before in between one of the toss cushions. Or finally having a bowel movement after four days of excruciating constipation. I can’t help but think this is a glimpse into the life that awaits me in the old folks’ home. Although I have heard that STDs are epidemic in those places, so perhaps I’m totally off-base here.

Well, that’s all for now. Thanks to everyone for their concern and support. If you happen to know anyone who works for the department in charge of Winnipeg roads, I’ve got a bone to pick up with them.

Seriously, I got a million of ’em.

← Propaganda and the Fabricated War
May Cause Vomiting →