Welcome to The Great Indoors

December 4, 2011 · by CycleChick · in Training, Uncategorized 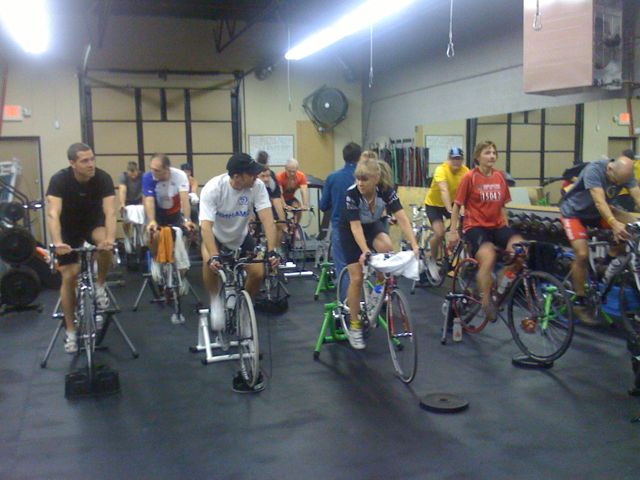 It’s that time of year. You either love it or you hate it. And if you are a non-skiing skinny tire freak like me, the arrival of the winter means it’s time to retreat to the pain cave, suffer den or whatever other endearing nickname you have for that shitty corner of your house where you ride for hours on end going absolutely fucking nowhere.

If you play your cards right, you just might find a group of like-minded nutcases to share your misery in a communal environment. If you play your cards even righter, you will find yourself with adequate equipment (and by equipment I mean both in the thermal and testicular sense) to ride outside in the splendour of a Winnipeg winter. 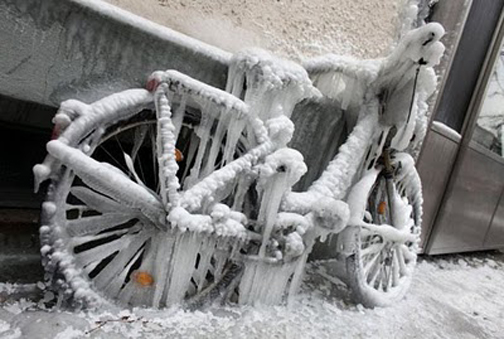 More on that later. 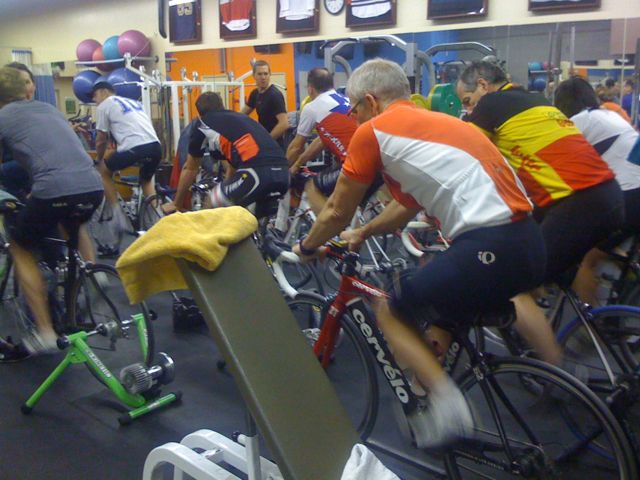 We had a great hour and a half workout today that was an all too keen reminder that I spent the last six weeks on the couch watching zombies and bimbos on TV. Some nine hours later I’m still sweating a little. There’s nothing like an audience to help keep you honest.

The gym is nice and open and had plenty of room for the 25 riders that came to partake in the festivities. Blake even reserved a spot for the roller folk near the back of the room where we could do the least amount of damage. 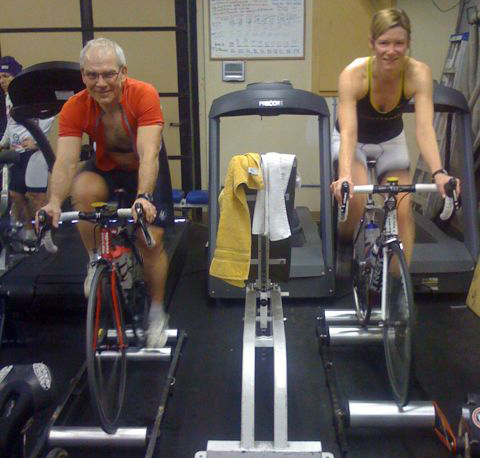 John and I were pleased to pose for this gratuitous cleavage shot. Sexy!

Phil was there and showed me his awesome souvenir from his third annual trip to Austin for the Livestrong Challenge in support of my ex-boyfriend’s charitable foundation. 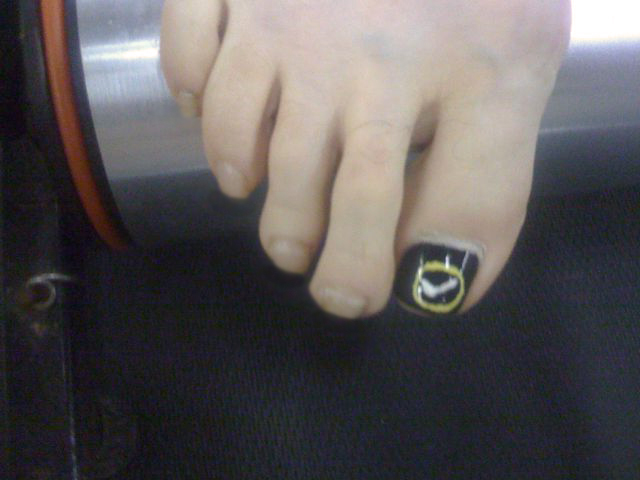 The souvenir was a dare from his lovely wife Carolyn, and I can’t say I’m surprised to see Phil rocking the toe polish – he’s just that kind of guy. (as in fearless…. not fey). This was Phil and Carolyn’s third trip down to Austin to do the event, which raises money to fight the good fight against cancer, a shitty disease that touches all of at one time or another, in one way or another.

Last year, they even saw the man himself. (jerk, sniff… call me) 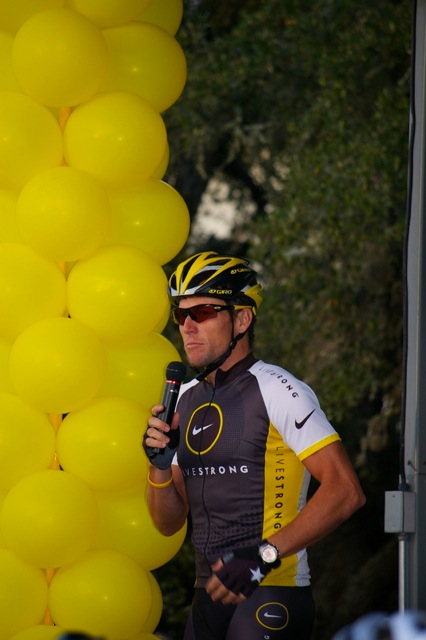 And here is the “other” man himself, crossing the finish line this year, after riding 90 miles in five hours in 90+ degree heat. Mostly uphill and sick as a dog. 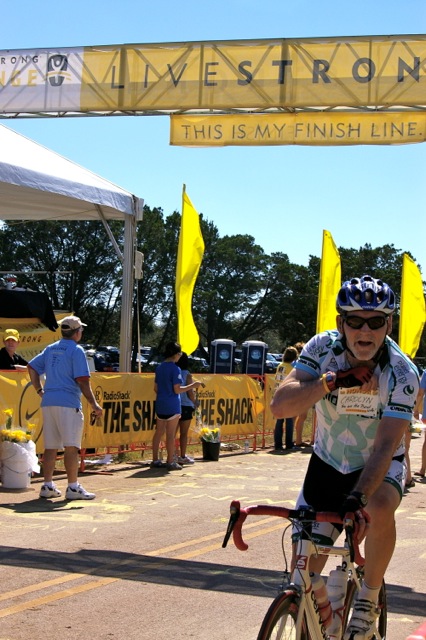 That’s hardcore. But Phil, being who he is, doesn’t talk about that. He talks about the sick kids who come out to cheer on the riders – how brave they are, and how they always break his heart.

Yeah, indoor training sucks. I know. But one of the things I have realized I love most about cycling is being with other people who love to bike as much as I do. So that’s why, for me anyway, indoor group training doesn’t suck nearly as much as it should.

← Time to Commit
Pins and Needles →