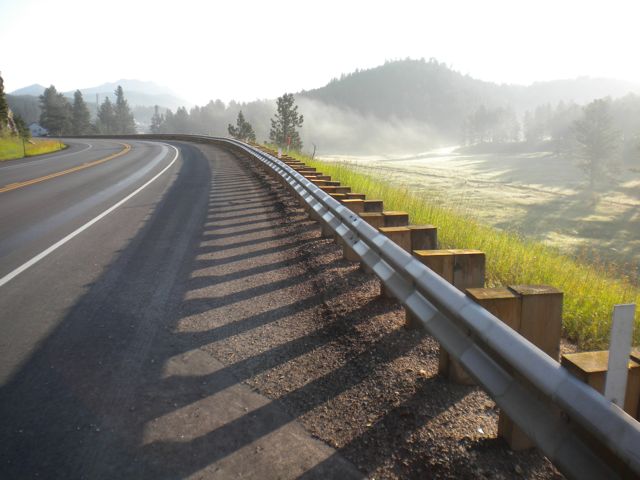 After all this talk about riding indoors, I decided to torture myself by cracking open my summer vacation photos. Sometimes I also light myself on fire and poke myself with scissors – just for fun.

This was the second year in a row the Winnipeg CycleFamily packed up the gypsy wagon and headed south to the Black Hills of South Dakota – stomping grounds of the famously dead Wild Bill Hickock, famously homely Calamity Jane, and famously revolting deep fried pickle.

Being a prairie chick from a hostile climate, I’m used to roads so flat you can see all the way to next year’s flax crops, and similar in condition to the ones used by Alexander the Great’s armies. By comparison, the roads in South Dakota are spectacular – silky smooth undulating ribbons that slice through desert or pastoral landscape with equal ease, like roller coasters without the whorish lights and stoned teenage carnies. 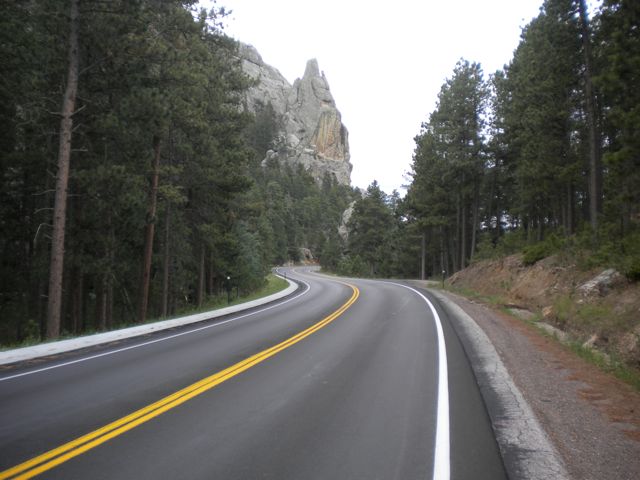 Last year, I rode one of the most amazing stretches of road in the Blackhills, called Needles Highway – in a car. To make matters worse, there was an MS Bike Tour going on that day so there were cyclists everywhere. Pass the scissors please. 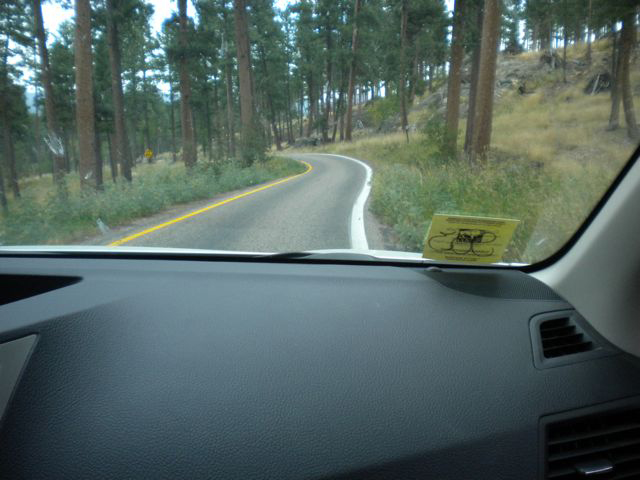 This year, I knew I had to make a point of riding Needles Highway the right way – on my bike. I’d brought along the Cannondale cross bike – the road bike being just a little too new and too expensive to take camping in hillbilly country. Hillbillies eat carbon fibre for breakfast. The Cannondale is awesome but climbs about as well as a shopping cart full of cinder blocks. Kind of like me.

But I did my best and had a marvelous time hauling ass up some wicked climbs and flying down equally wicked descents, all with hairpin turns and spectacular scenery. 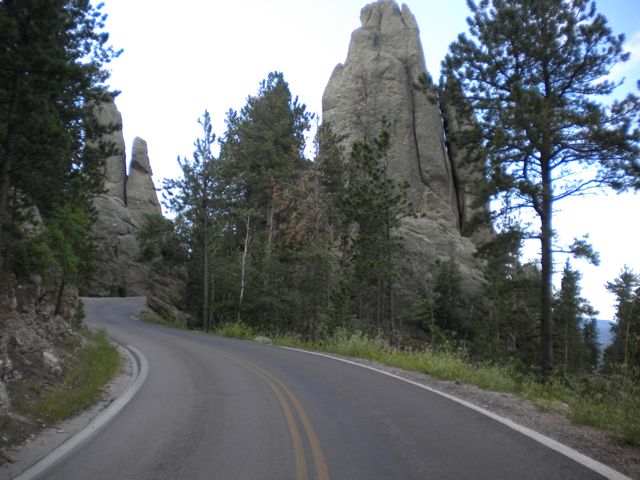 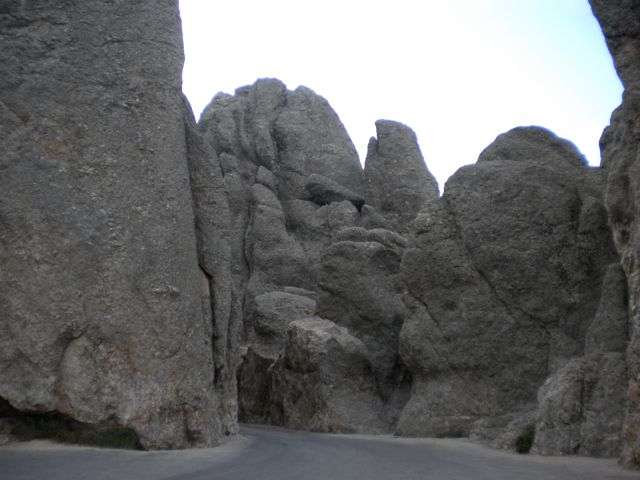 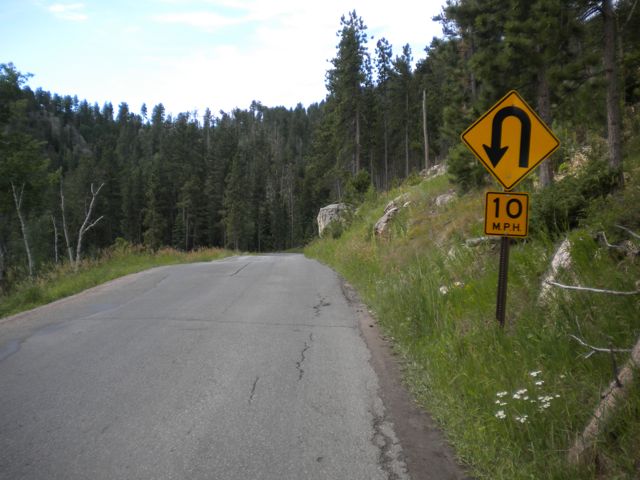 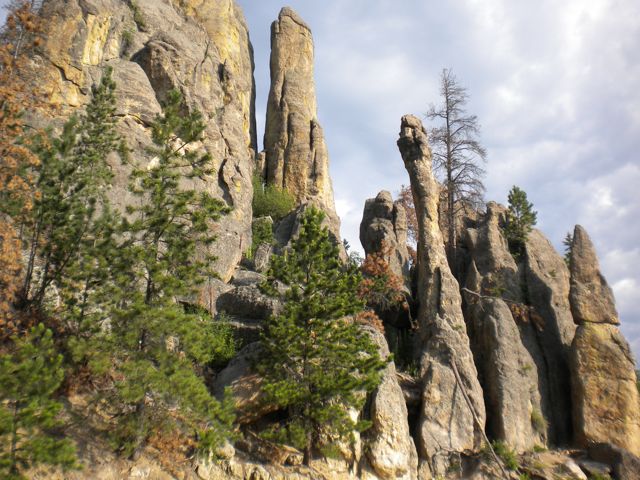 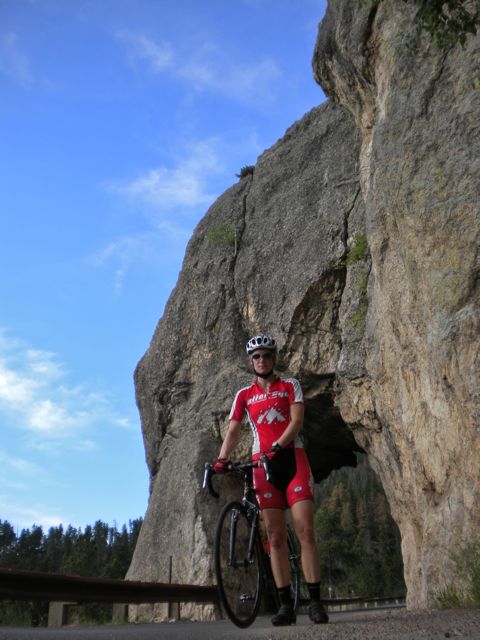 Looking totally badass. Immediately after this photo was taken I killed and ate a cobra. Just saying.

Nothing makes you miss your riding buddies more than a great road, and Needles is one mother of a good road. The only bad thing about riding here alone is not having anyone to share the glory and the pain with. On the upside, when you stop at the side of the road to puke, there are no witnesses. I’d go back in a heartbeat, and next time I’m bringing friends. And no scissors.

← Welcome to The Great Indoors
Riding with Fatties →