A Guide to Harmonious Coexistence

But make the evening news it did. While I hesitate to say the story has gone “viral” (because viruses are bad), it certainly did get a lot of attention (which is good), resulting in a small mountain of reader comments. Most were positive, offering well-wishes for Glenn, or calling for tolerance and patience from people whether on two wheels or four. There were some, however, that leaned pretty heavily in one direction or another. Like those who feel all drivers are rage-riddled crazies intent on killing us off one-by-one. Or those who suggested that cyclists who get the short end of the stick in a collision with a vehicle are merely paying the price of admission for being in traffic in the first place – an argument that bears an eerie similarity to one that suggests what a provocatively dressed woman has coming to her. I try my best to see both sides, but that shit’s just messed up.

Considering all the good, constructive comments that came in, I figured it was my duty to use them for good, and share some tips for us drivers and cyclists to consider as we attempt to navigate the roads of our fair city without killing each other.

If you are a regular here, you’ll know I love me some lists. I am also very lazy, and finding appropriate pictures for this list seemed a bit too much like work. But in an attempt to keep this from turning into a shitstorm of negativity, I decided to add some random inspirational images to keep things upbeat and positive. 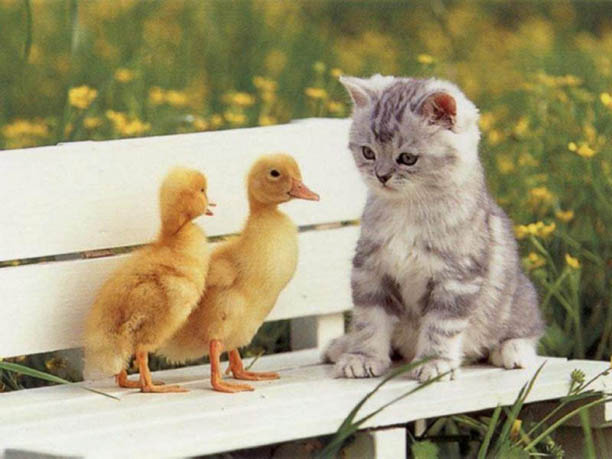 Many of these suggestions came directly from a reader and long-time commuter named Andrew. Like Andrew, many commuters and career cyclists like Glenn have a very low tolerance for cyclists that break the rules and ride like douchebags. Unfortunately, douchebag behaviour is difficult or impossible to change – so this is for the rest of us who just need a little reminder of proper traffic safety and etiquette.

2. You have the right to a lane, but don’t be a jerk about it. If you don’t need to turn left or establish your position, keep right, and ride straight and predictably. 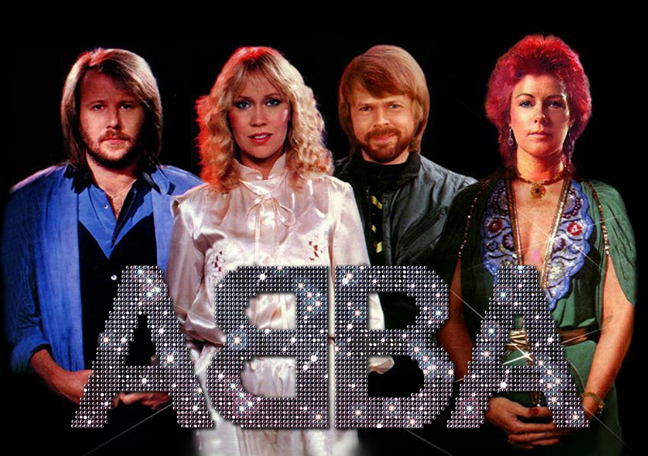 3. Keep your distance. You don’t like it when cars get too cozy, so offer the same courtesy. Unless you’re in a bike lane, don’t squeeze between cars and the curb when stopped at a red light.

4. Don’t make a motorist pass you twice. Many cars will move over or even change lanes to get around you, but don’t abuse that courtesy by passing them at the next red light. The next time they pass you, they’re going to be mad at you. You don’t want that. 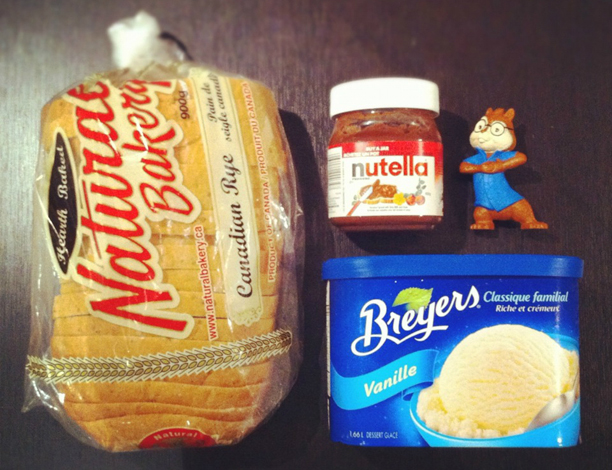 5. Stay off the sidewalk. You think it’s safer, but riding on the sidewalk can be surprisingly dangerous. You are a fast moving vehicle, and neither pedestrians nor cars expect those on the sidewalk. If a sidewalk really is your safest option, go slow – or better yet, dismount. Oh, and don’t be outraged if you get a ticket. It is the law, and you always have the option of walking your bike.

6. Choose your route carefully. If you’re making a lifestyle change, you may end up riding that route thousands of times over the next few years. Statistically, you are more likely to be hurt on some roads than others, so choose a safer route, even if its a bit longer. Most Extreme Elimination Challenge is fun to watch  – not so fun to play on the way to work everyday.

7. Assume Nothing. Unless you KNOW a driver sees you at an intersection (think lingering eye contact across a crowded bar), assume they don’t. They may be checking out your hot friend across the room and not see you at all. Not that that has ever happened to me, and certainly not with the super hot identical twins I hung out with in high school. Nope.

8. FOCUS. You are a vehicle in traffic. Don’t wear headphones, screw around with your phone, or show everyone how you can ride with no hands. Pay attention, and ride assuming that the motorist will make a mistake. 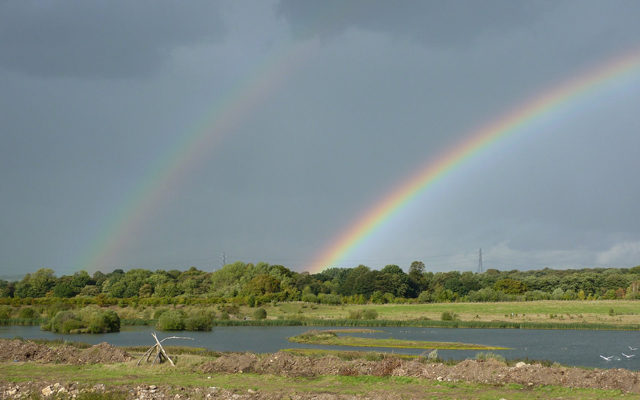 9. Signal your turns. Seriously, if you’re arm is broken maybe you should walk.

10. Relax and be patient. If a driver makes a little, non-life threatening mistake, keep your cool. Freaking out on a little old lady because she accidentally cut you off doesn’t help anybody.   You’re riding your bike – make it last.

1. Give (at least) one meter. You wouldn’t speed just inches past a concrete pillar, would you? Give cyclists one meter between them and your vehicle. If, like me, you are afflicted by a complete lack of depth perception and a barely passable knowledge of the metric system, just give them the whole lane and move on.

2. Check your rearview mirror before you open your door in a parking lane. Cyclists should leave at least a door’s width between them and parked cars, but many don’t so why take a chance? Trust me, it only looks funny in the comics.

3. Do not, under any circumstances, use your car as a weapon. Swerving into a cyclist with your vehicle, or cutting them off and slamming on the brakes, is no different than taking a swing at them with a two thousand pound bat. 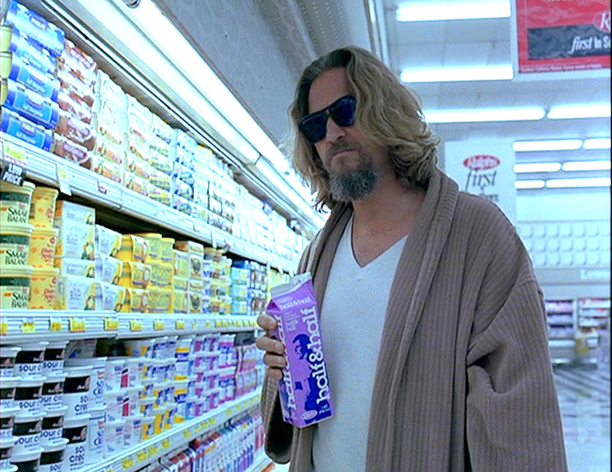 4. Just drive. Put down the cell phone, Sudoku or lipstick. I promise you will still be popular, smart and gorgeous when you get to where you’re going. Right now, you should probably pay attention to the road.

5. Don’t drive in a shopping mall. This is no more illegal than cyclists riding on sidewalks, and I’m trying to make this a balanced list.

6. Watch for bikes. They are smallish and hard to see, but they are there and will pop out when you least expect them. If you pass one then want to make a right turn, the laws of physics dictate that the cyclist will reappear just as you instigate your turn. Always do a quick mirror check to be safe.

7. Don’t blast them with your horn. Whether to show displeasure or solidarity, it is ridiculously loud and startling. If you’ve ever let a 2 year-old sit in the driver’s seat while you washed the car, you know exactly what I mean. 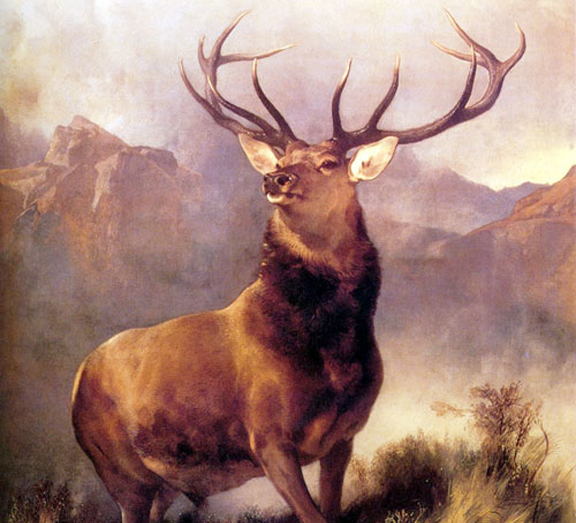 8. Be patient. Although most cyclists drive, most drivers do not cycle, so it’s hard sometimes to empathize. Sure, it’s frustrating to be stuck behind something that is slow and in your way, but I promise you will get where you need to go, even with the small delay.

9. Try not to stereotype. When you see some dipshit zigzagging through traffic with a 24 of beer in one hand and a stack of 2x4s in the other, don’t assume all cyclists are like that. We come from all walks of life, and believe me, the serious commuters out there want nothing to do with the dipshits. By the way, this rule applies to you cyclists out there too.

10.  Ride your bike sometimes. It’s economical, fun, good for your health and the environment. And it will give you a really nice ass. 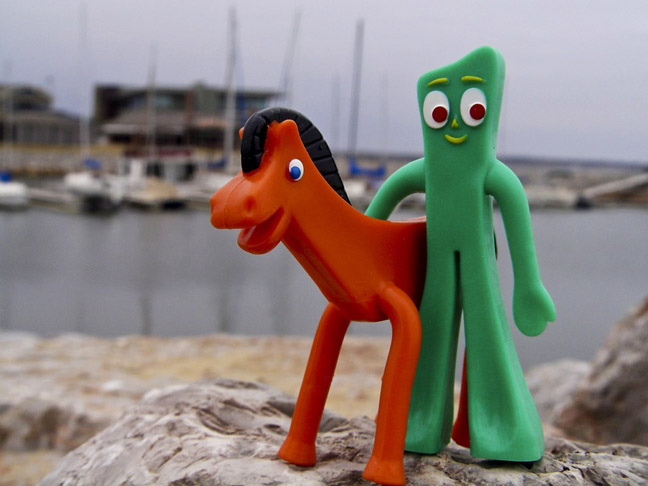 This is by no means a comprehensive list, but a few things you can do in traffic instead of looking at pictures of your cat on Facebook like the idiot who hit Glenn. Most of all, everyone on the road – cyclists, drivers, and yes, even pedestrians – is guilty of doing stupid and illegal things sometimes. I challenge you to find one driver who has never gone over a posted speed limit. Or a cyclists who hasn’t rolled through a stop sign. Or a pedestrian who hasn’t crossed the street against a light. So don’t throw stones people. Instead, practice tolerance, patience and courtesy toward each other, and we’ll all be much safer and happier as a result.

← Fall Colours
A Glass Half Full →