The Rooster has Landed 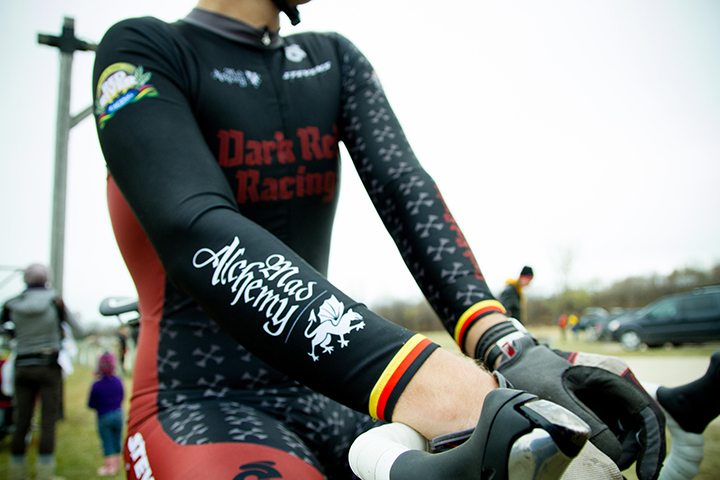 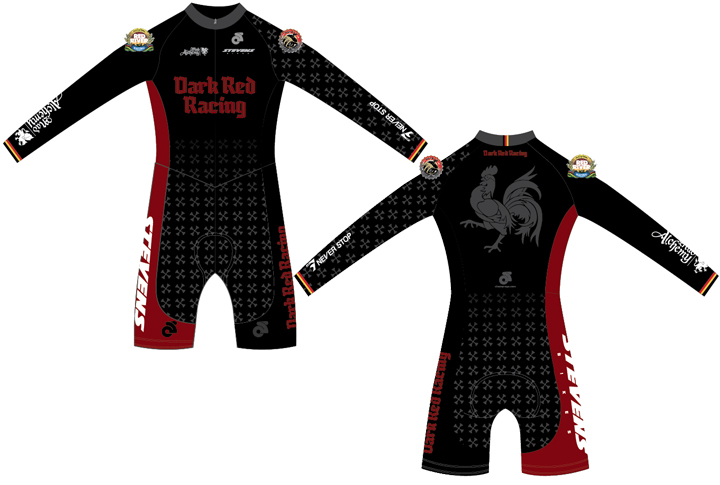 As if joining the Dark Side wasn’t exciting enough, I am positively thrilled to unveil The Sweetest Skinsuit in the World – my first – designed for Dark Red Racing, the brand new race team born of the marriage between kissing cousins Fort Garry Bike Club and Red River Racing. A skinsuit is basically a lycra onesie, so it seemed a fitting (albeit a little tight) christening gift.

When I first laid my eyes on one, I have to admit I thought they were pretty ridiculous. Perhaps not as ridiculous as the triathlon man-bra, but it did seem excessive, and that going to the bathroom would be more of a challenge than I have the tolerance for. However, after doing a season or two of cyclocross races with my tummy exposed, I (along with my belly button), have seen the light. 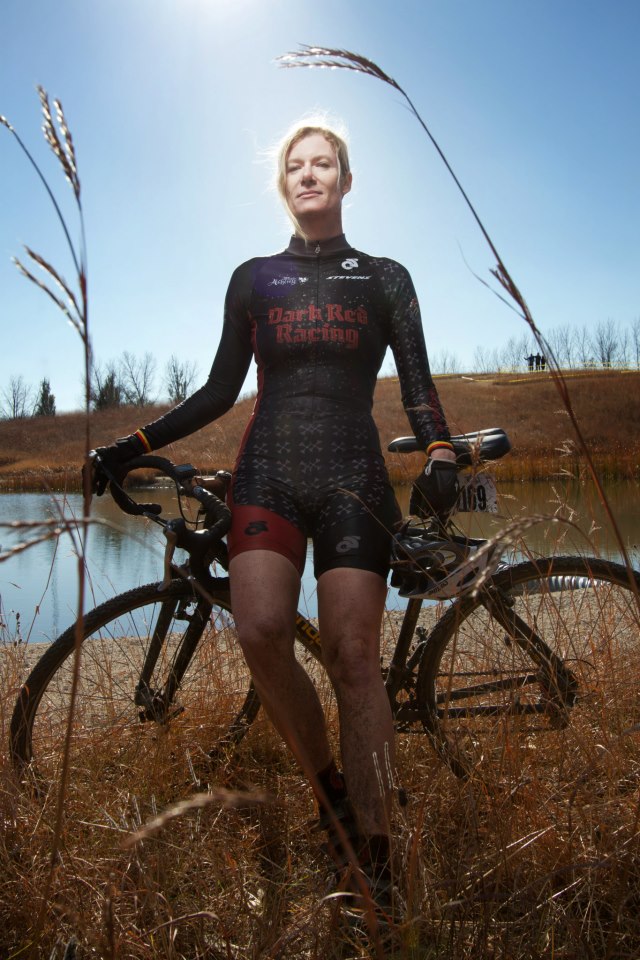 The design was a collaborative effort between me and The Dark Lord, who exhibits a surprising degree of design savvy for a professor of theology. We also received some helpful guidance from the Hipster, who, by very definition, knows a little something about what the cool kids are wearing these days. 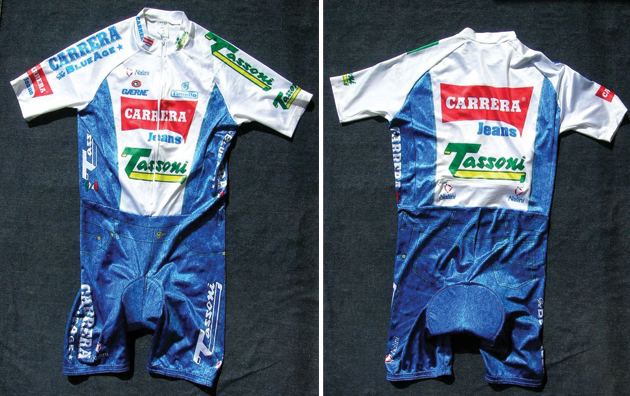 Once the Hipster’s dream of faux denim was appropriately dismissed, we all shared a common vision for the skinsuit: dark, sexy, and very slimming. Ok, the last one (or two) were probably mine. 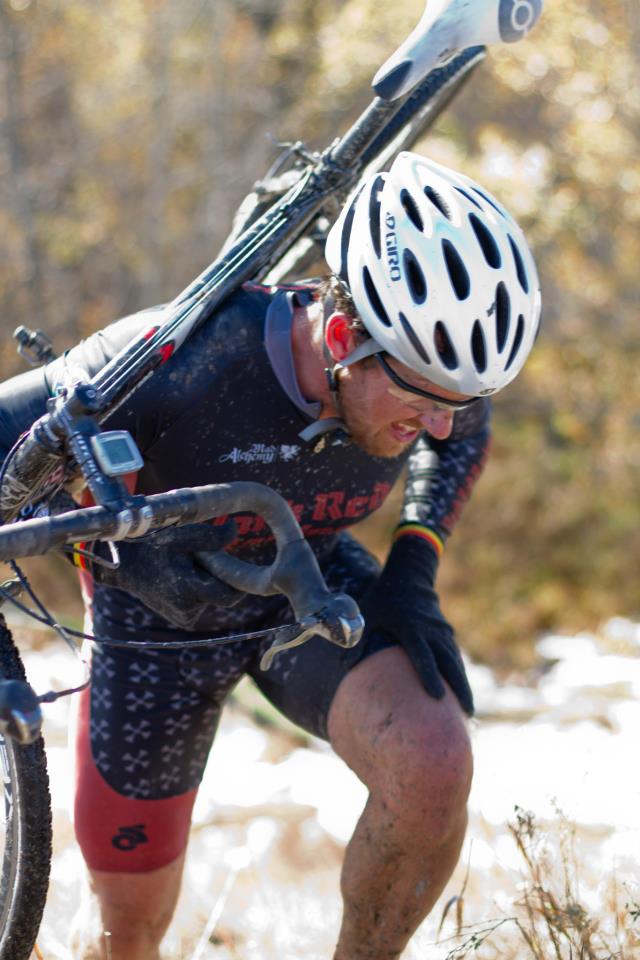 We had lots of inspiration. Some of it was even good. 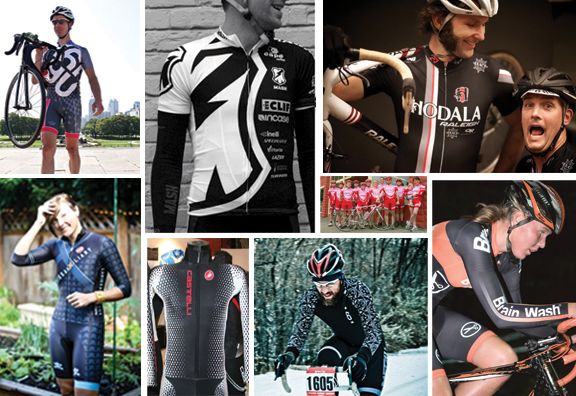 We were also fortunate to have some pretty kick-ass sponsors to show off. Like German-made Stevens Bikes – a German manufacturer of  kick-ass cyclocross bikes, and Mad Alchemy – makers of embrocation and the finest saddle cream you will ever have the pleasure of applying to your privates. The saddle cream, that is. DO NOT under any circumstances, apply embrocation to your privates. Trust me on this one. In any case, cool sponsor logos are critical to add that certain pro flavour.

And what about the rooster? 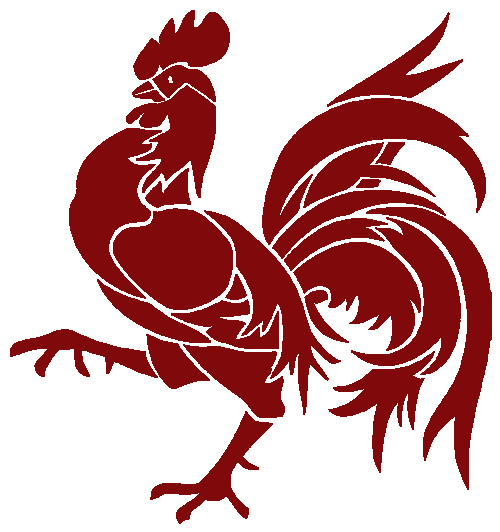 Allow me to enlighten you about the Wolloon Rooster:
“Wollonia is the French speaking southern part of Belguim, which is widely-known as the cradle of cyclocross racing. The “bold rooster” or “coq hardi” is the main symbol of the region, and widely used on arms and flags.” 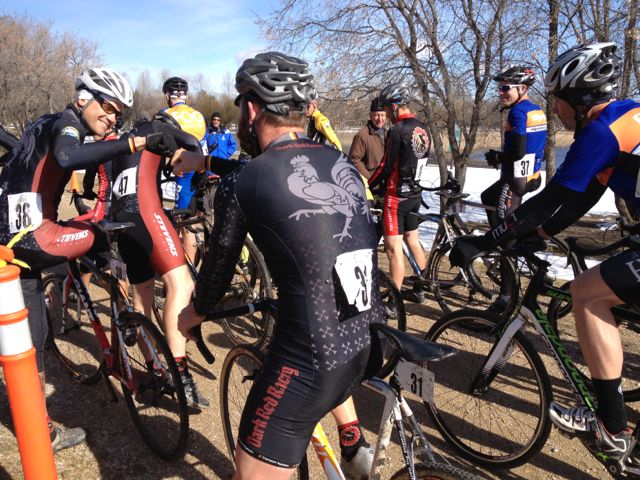 So it just made sense. Especially after they turned down my original idea. 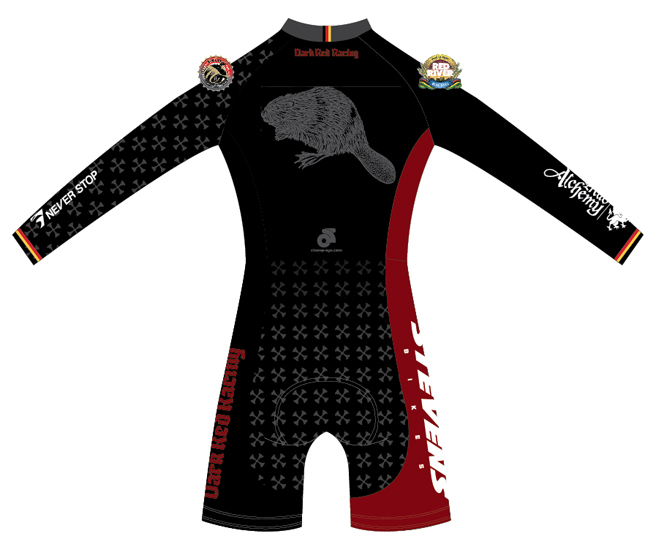 Regardless, I’m enormously proud of the new Dark Red Racing skinsuit. It is as dark and sexy (and hopefully slimming) as I’d hoped. And it should do a pretty good job of hiding the blood, sweat and dirt I will no doubt subject it to when cyclocross season arrives.