The Road to Vicenza

November 29, 2013 · by CycleChick · in The Campagnolo Experience, Travel, Uncategorized 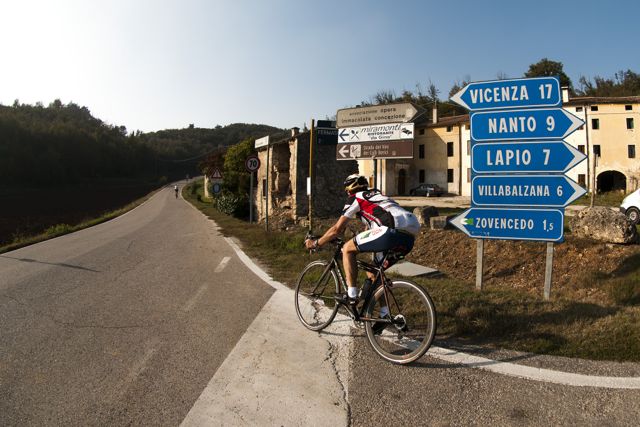 Today, our second last day, was supposed to be another long one. Like 206 kilometres long. But on a routine recon of the route that took place several weeks before we arrived, Sergi and the boys had determined the first 130 kilometres of the route were pretty much bullshit and best travelled in the van. As incomprehensible as it may be, it seems that there are parts of Italy that are… dare I say it?… ugly.

And so it was decided that today would be a paltry 70 kilometre ride, starting with a trip in the van to a point outside the ugly bits and ending in Vicenza – the home of Campagnolo. When Sergi explains the reason for the ride or “transfer” in the Super Ban, I can tell he is not happy. This is not normal. We should be riding, not sitting in the van – but looking out the window as we sit in an unexplained traffic jam, it is clear the ride would have been shitty. Super shitty. Perhaps even shittier than sitting in the van. Even still, the ride is dreadful, for more reasons than I can share here. Everyone who was there that day knows why. And maybe, one day, if you buy me enough drinks, I will tell you the story.

Finally, blissfully, we are back in paradise. Another small, Italian town that was around hundreds of years before anyone east of Newfoundland knew North America even existed. 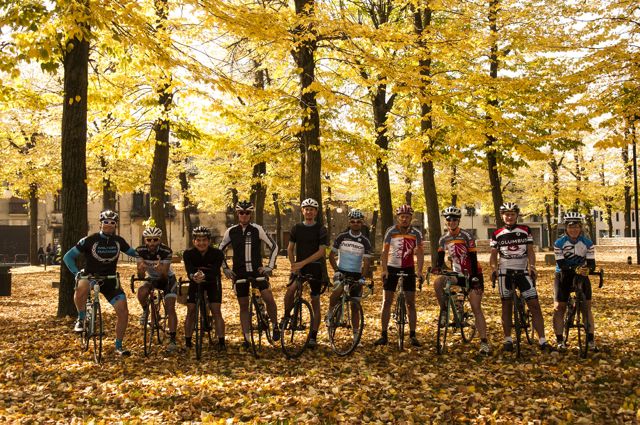 We get our picture taken in a park, and for the first time it occurs to me that this trip is almost over. And as much as I miss my life back home, my family – the thought of this coming to an end brings a certain panic. I push it aside as we start to ride. 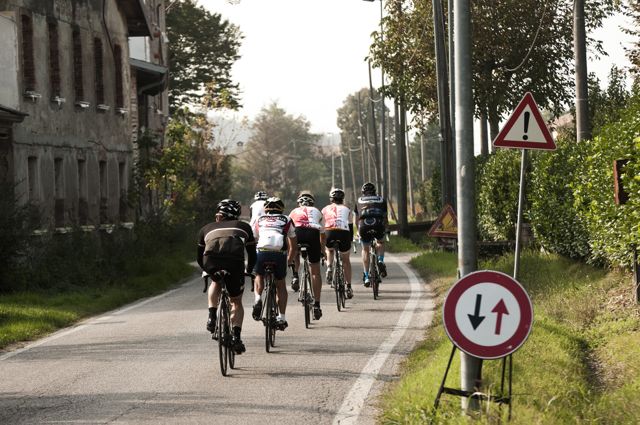 The mood of the group has changed. We ride together, relaxed and in no particular hurry. The fast riders have proven themselves. Each of us have shone in our own way – some as climbers, some descenders, some wisely conservative. We are, in turn, exuberant cheerleaders, mechanics, and documentarians. And in this short week we have gone from strangers to friends. Maybe even family. 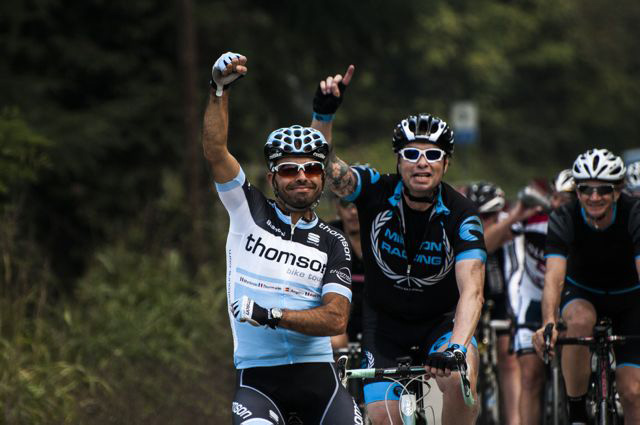 We have trouble finding a place to have lunch. It’s later than usual and here most of the restaurants inexplicably close for a few hours in the afternoon, something a North American restaurant wouldn’t even think of for fear of losing the late lunch and early dinner crowd. Clearly the Italians are far more in synch with each other in terms of mealtimes. I can’t help but wonder where all the old Italian gents go and sit during these mid-afternoon sabbaticals.

Eventually we find a small garden restaurant and Sergi sweet talks the owner into feeding us. The poor woman must suffer from double vision, because she brings out enough food to feed an army. 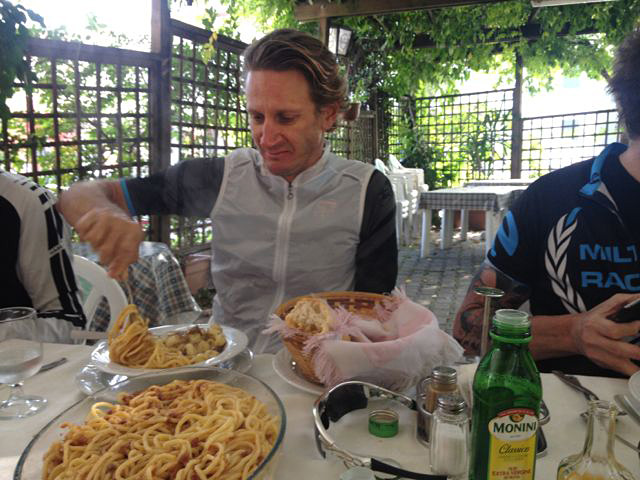 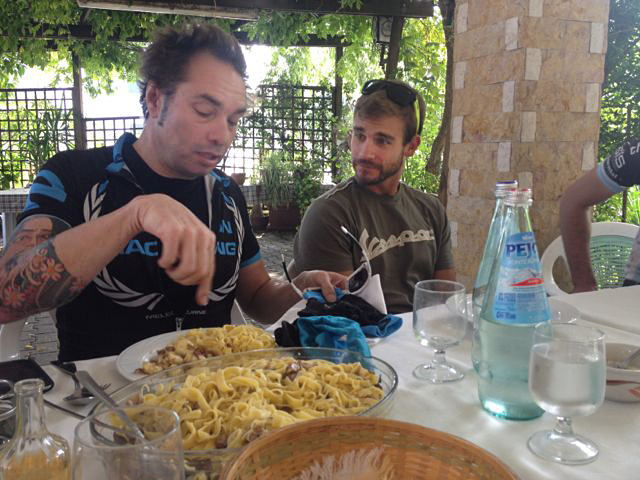 And no, there are no celiacs in Italy. If there were, they have either died or moved to California, where you are more likely to get busted for possession of flour than cocaine.

You might think hopping back on your bike after eating a massive amount of pasta would be excruciatingly difficult. And you’d be right. But this is exactly what we do. 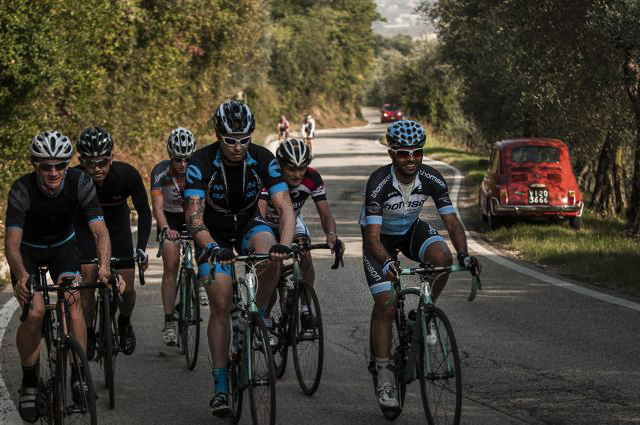 We ride all afternoon, to Vicenza – or rather a small town on the outskirts of Vicenza, where we are booked into what might actually be the most beautiful hotel in the world. 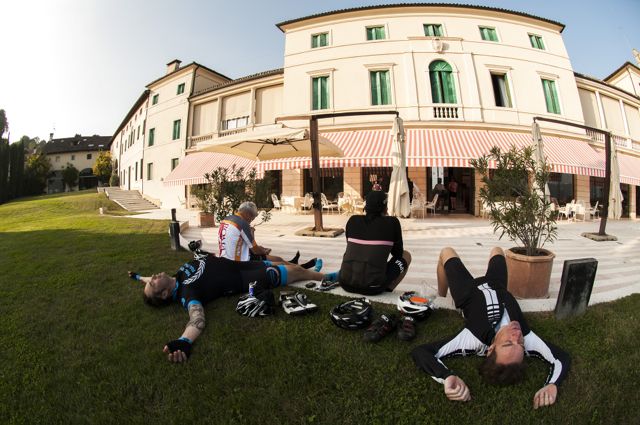 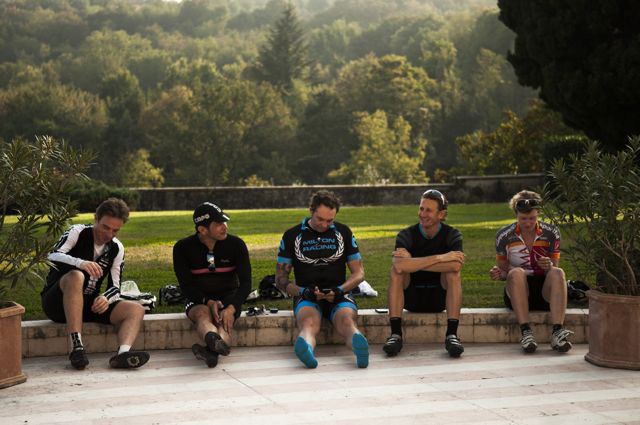 We take advantage of the first early finish we’ve had all week and sit on the patio (which is oddly devoid of Old Italian Gents) for a nice cold beer. 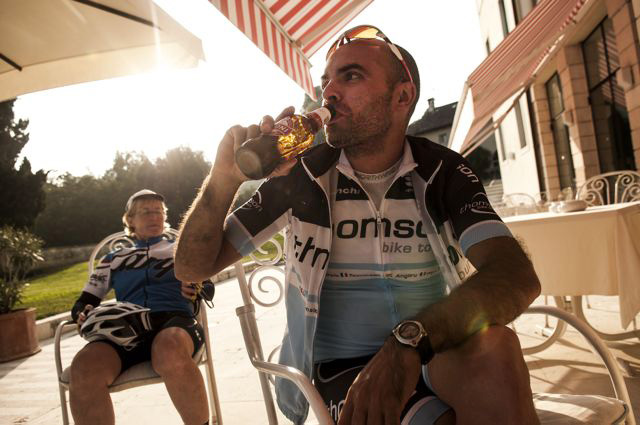 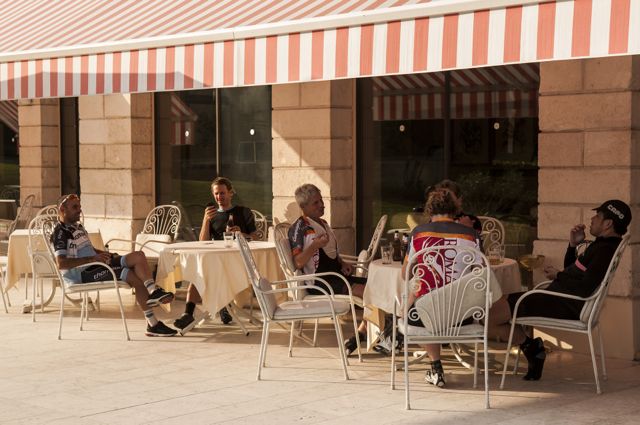 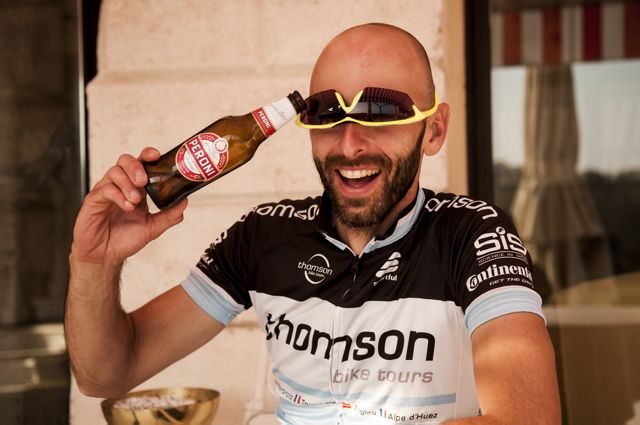 When they talk about “the life”, I’m pretty sure “this” is it.

Tomorrow we are officially no longer the responsibility of our Thomson guides. Tomorrow, we are in the hands of Campagnolo – and as far as hands go, I figure these are pretty capable ones indeed.