The Quick & the Dead 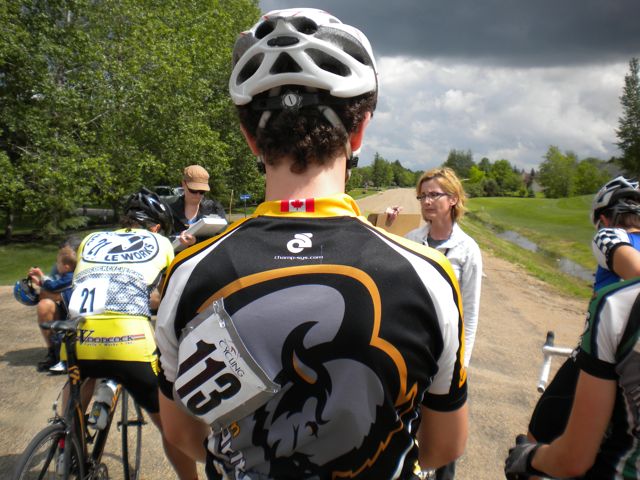 The stage race I participated in on Saturday in St. Andrews was what I like to call a “learning race”. For those of you unfamiliar with the term, a “learning race” is a race in which you sucked ass. It is a universal excuse that negates the need to utilize a complex combination of typical excuses that generally make you sound like a Princess Whinypants.

For example, I would love to blame my dismal performance on the weather. It did, after all, rain all bloody day, leaving puddles all over the road. Some of them waist deep at least. But unfortunately, the shitty weather was not exactly exclusive to me. Being in the exact same geographic location at the exact same time, I’m pretty sure the rest of the racers experienced similar conditions. 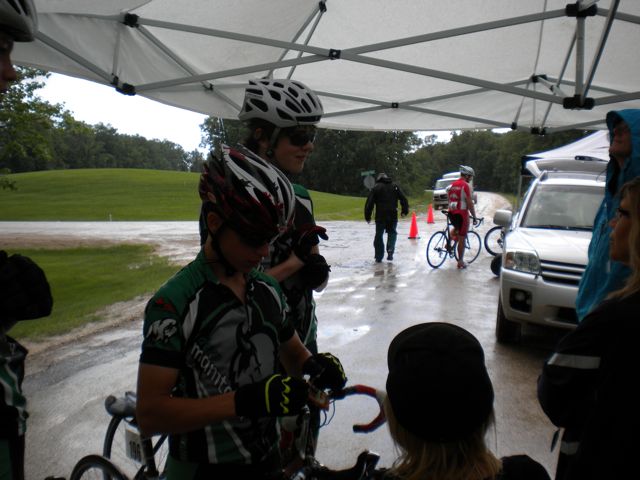 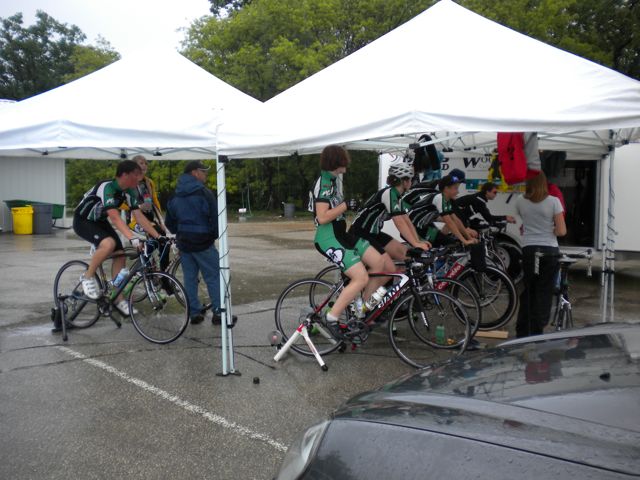 I could also blame my equipment – at least for the time trial. It’s a well known fact that a time trial-specific bike, aero wheels, and helmet can shave significant time off your race. Of course, this speed advantage comes with an equally significant price tag – which I have spent several times over on a coach and trainer instead. I expect that the speed and strength I have gained through their knowledge and guidance is at least equal to space helmet and pair of deep-dish HED wheels. 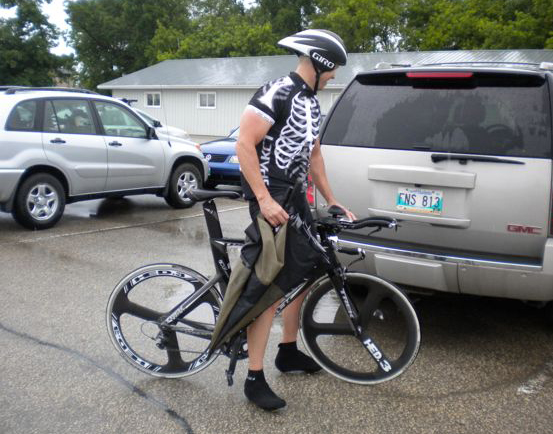 I could try to blame all sorts of things, but the reality was I had a mediocre time trial and should have gone faster. Sometimes that just happens. Thankfully I would have the opportunity to redeem myself at the circuit race later in the afternoon. Unless, of course, the rain continued and biblical flooding washed out everything in its path, including the race course. 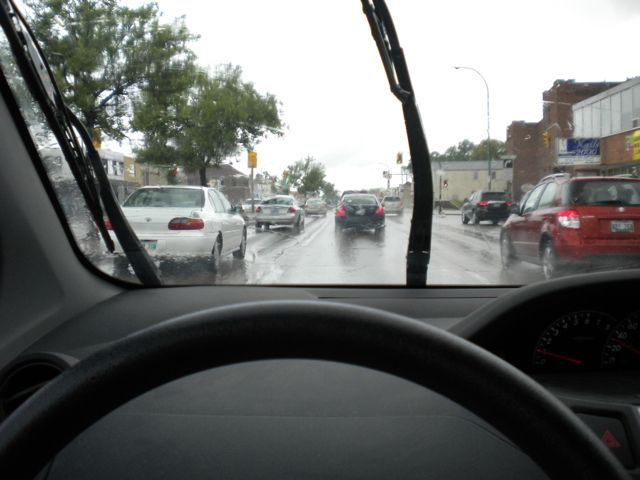 On the drive back to St. Andrews I begin to pray the circuit race would be cancelled. I was anxious about it – I haven’t done any crits this season because of Kids of Mud, and I knew there would be a number of tight corners to contend with. Tight corners, high speeds, and wet conditions are a dangerous combination. Especially when combined with a crippling fear of crashing.

But just as I arrive the clouds begin to break and the sun comes out. The temperature seems to rise twenty degrees – so much for my weather excuse. To my dismay, the organizers decide the show indeed will go on. 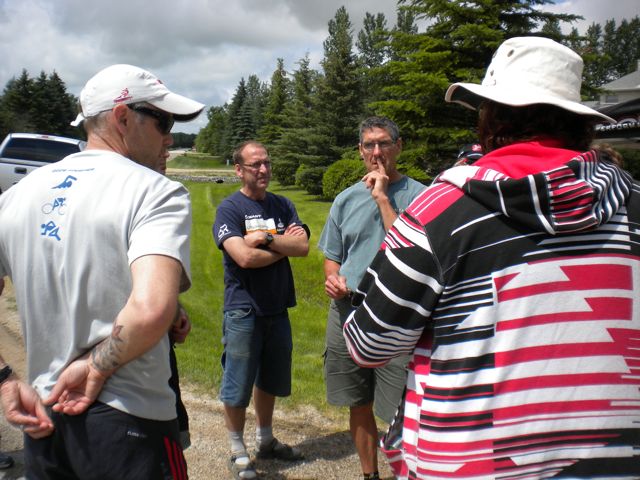 Even worse, since the numbers are a little low, they will put the Cat 3 guys in our race. And I am, once again, the only woman. 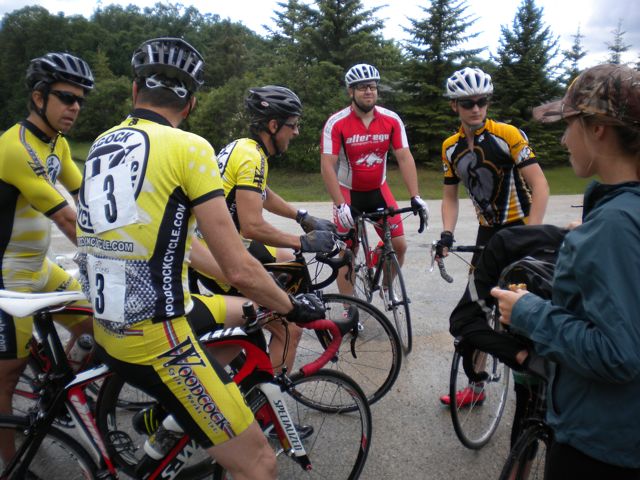 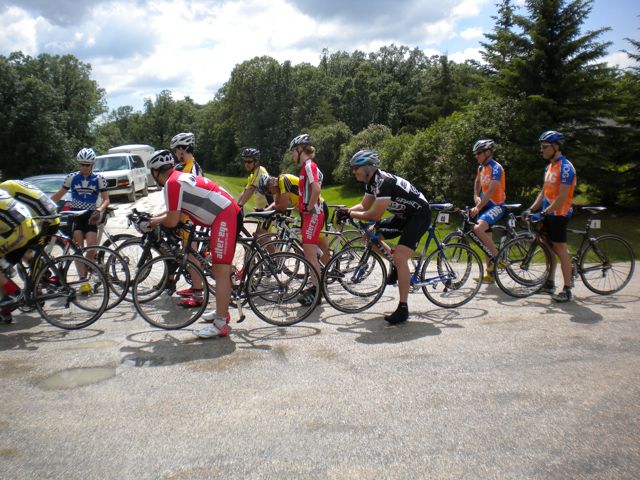 I may look calm. But at this moment, there is a 2,000 decibel scream running through my head. So I formulate a plan based on what I think is going to happen:

The Cat 3 guys are going to take the front and go super fast right from the start, and attack after the first corner, into the headwind. I also think most of the Cat 4 guys are strong enough to want to try and stay with them. That will be bad for me. It’s a small group, so I don’t want to be right behind the Cat 3s and be the one to open the gap, so I make sure to stay behind Scott or Chris – both big, strong Cat 4 guys, instead of say, Olli, who is ridiculously strong, but not terribly… well… big. 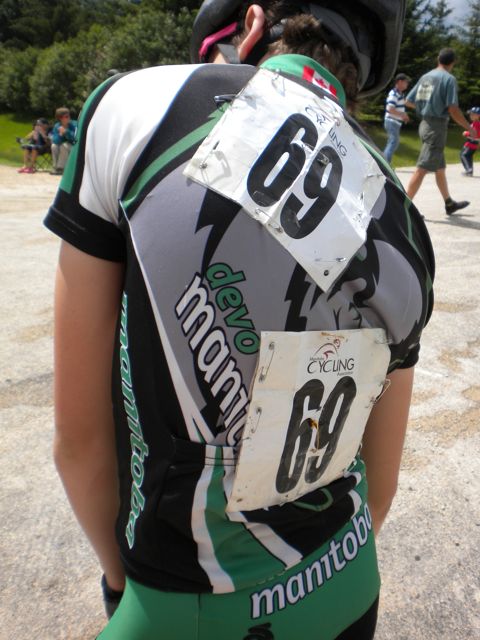 I’m pretty sure the Cat 3 guys will eventually drop most of the Cat 4s, but if I can stay in a good draft I might be ok until they take off and things settle down.

But there are no slouches here. This is not going to be easy.There’s about a 2km winding straight away before the first 90 degree right turn into a head wind on River Road. I start mid-pack, and before I know it I’m already at the back of the group pushing to stay on a wheel. Everyone is riding hard and a gap opens at the turn. I’m killing myself to hold big Scott’s wheel – even he’ struggling, and a gap is opening  in front of him. The road is rough and it’s hard to find a good spot to draft. I need to hold his wheel, but I am starting to pop. This is very, very bad. 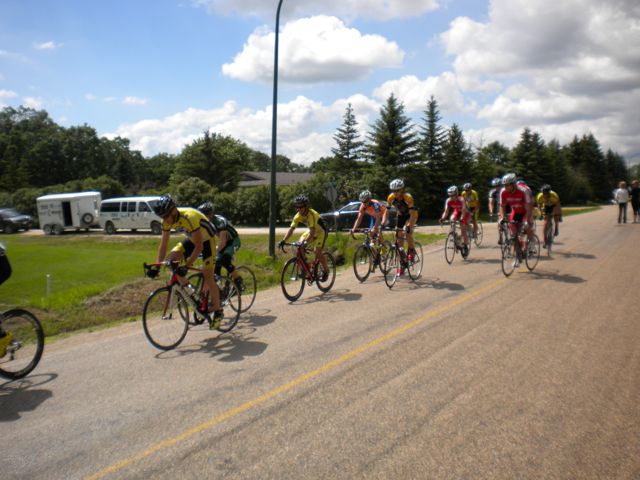 Before I know it I am  off the back and there is no wheel. I’m in the headwind with a gap opening in front of me and I am seriously screwed. I work as hard as I can to close a gap that is 4 then 5 then 10 feet, but can’t bridge it alone. I was right. The Cat 3s are attacking into the wind, trying to shake the Cat 4s off – which I think they do – shortly after I drop off. I try for the rest of the lap to catch up, hoping they will slow down, but my race is done. 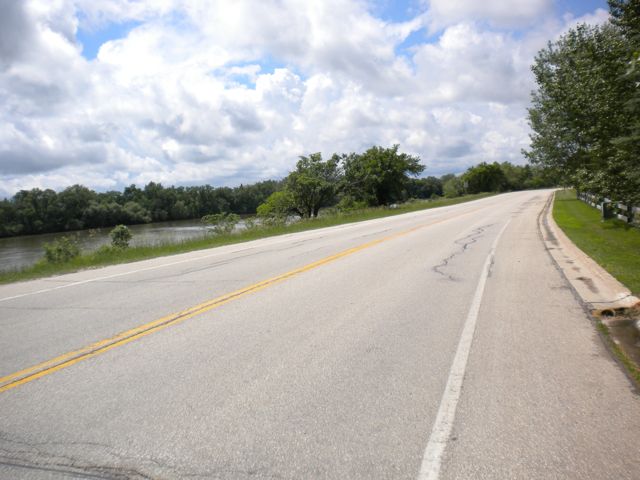 Once I resign myself to the fact I am on my own, I treat the rest of the race like a time trial, until I start to worry I am going to get lapped. Then I ride for my fucking life.

Sadly I have nothing and nobody to blame – not the weather, my equipment, or imaginary stomach virus. It just wasn’t my day. I ride 5.5 laps (about 22km) by myself, thankfully avoid the indignity of getting lapped. 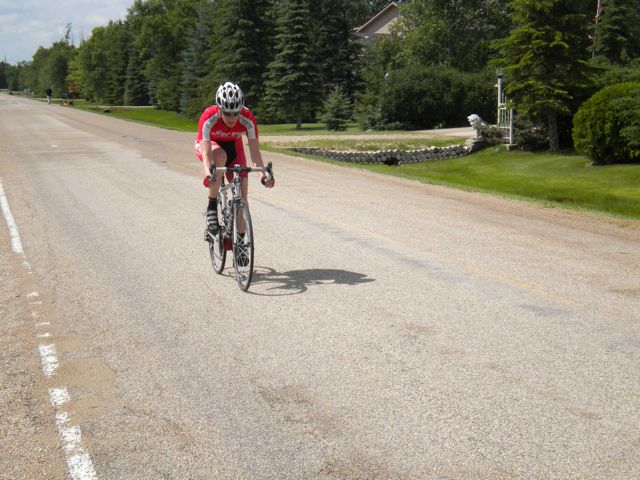 The great thing about a “learning race” is that – in addition to sucking ass – you actually do learn things. I learned some lessons about racing, specifically the importance of holding the right wheel at the right time, at all cost. I also got to practice my cornering on some pretty hairy turns without having to worry about a massive group pileup. I suspect by the end of this season, I will have had enough “learning races” to qualify for Mensa.

I hate to sound like a broken record, but there are no words to express my gratitude to the folks who come out and volunteer at the races. Because if it wasn’t for them, there would be no races, period. In addition to marshalling the course to make sure we don’t get hit by cars, they cheer us on and offer encouragement – which in races like this one, is the only thing that keeps you going. 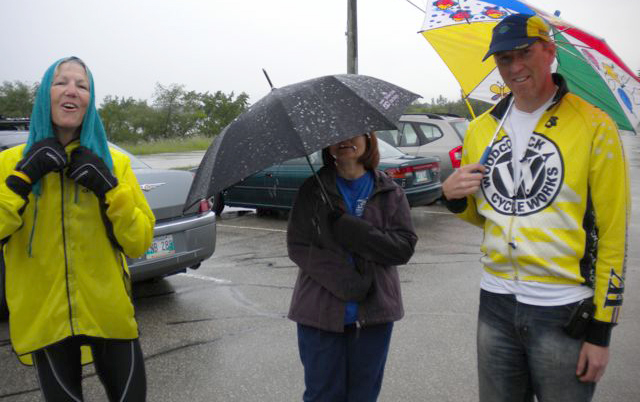 Many thanks to Bill Ralph, Uncle Phil and Bikes and Beyond for toughing out a soggy day and putting together a great course. And of course to our chief commissaire Arlene Woodcock. THANKS!!

← My Boyfriend is So Funny
Bike to Work Day →