The Impaler has a Posse 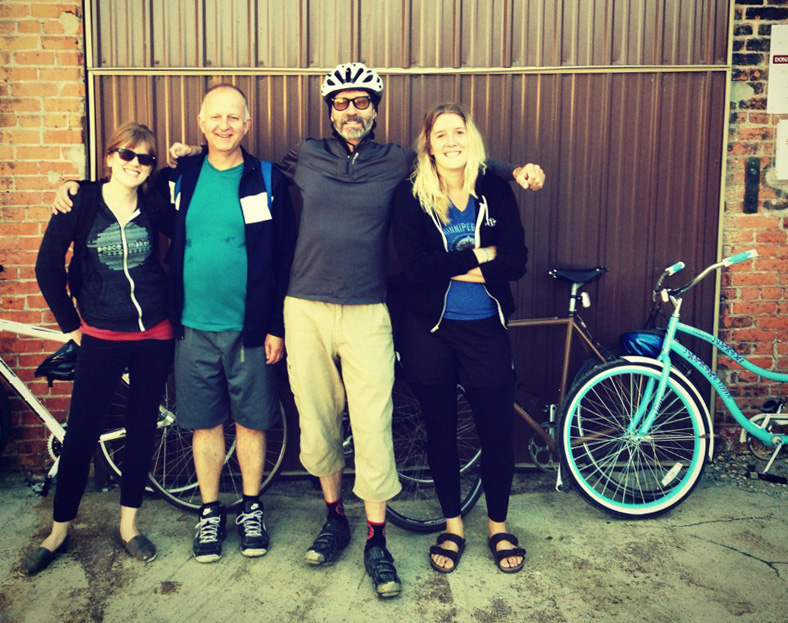 Brad and his posse. l to r: Annie, Frank, Brad and Victoria.
Photo by fellow rider (and Frank’s wife) Karis.

A few weeks ago, as part of the Winnipeg CycleChick International Media Tour, I was pleased to be a panelist in a discussion about winter cycling with local city councillor Justin Swandel and Paul Jordan, Chief Operating Officer of The Forks Renewal Corporation. The discussion focussed on what could be done to make Winnipeg a better, safer winter cycling city – besides waiting for global warming to make our weather less arctic, of course. As you can imagine, many questions regarding improvements to road maintenance and cycling infrastructure were directed to the guy who frequents the restroom at City Hall.

As C.O.O. of the city’s largest tourist destination, as well as former Chair of the Winnipeg Trails Association, Paul Jordan had a lot to contribute to the subject of pathways and getting people off their couches and into the great out-of-doors.

As for me, I sat between them and gave the occasional fist pump while shouting “YEAH BIKES!!!”

In the course of the discussion Paul suggested that we should all, as riders of bikes, adopt a “ride buddy” – someone who has shown interest in commuting by bike, but is intimidated by the many puzzling or terrifying aspects of carrying both themselves and their shit from home to work using nothing but a bicycle. 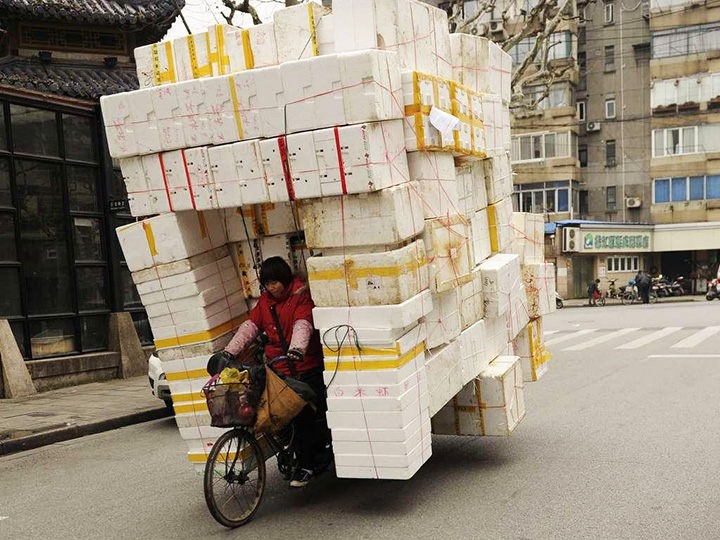 Amid all the talk of bureaucracy, legislation, and feats of Finnish engineering too complex and expensive to fathom, this struck me as a beautifully simple solution. It also struck me because just that morning my friend Brad the Impaler (buy him a beer and he’ll tell you the story behind his nickname) had told me he was organizing an ad hoc “ride to work” day with some coworkers who live in his neighbourhood.

“The cool thing is that they initiated this, it wasn’t me selling,” he said, “They watch me ride to work and wanted to give it a try. Annie rides to work semi regularly in the summer, Frank hasn’t been on a bike since grade ten, (he borrowed his son’s eighties road bike) and Victoria toodles around her neighbourhood on the baby blue cruiser but hasn’t ridden to work. They all rode with helmets and took them off the second the bikes stopped moving. I don’t even notice mine anymore.”

I should mention that Brad and his posse work at Siloam Mission (a shelter offering services to the homeless), in what might be a described as a rough-ish part of town. They all live in North Kildonan – a roughly twelve kilometre commute. I should also mention that since the group ride, Frank has ridden to work on his own several times and hopes to make it a regular thing.

Brad showed a handful of coworkers the way get to work safely by bike. More importantly, he showed the rest of us the way to get more people on bikes.