The Curse of the Ski Pants 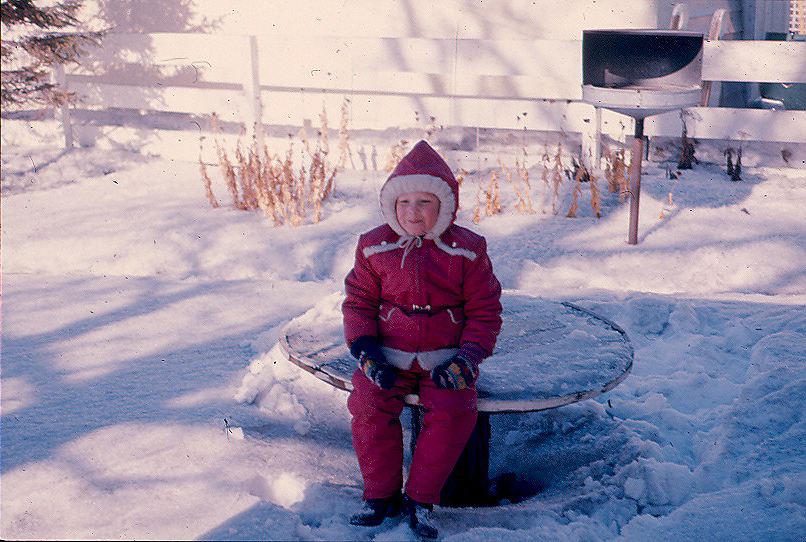 The cursed and wretched ski pants.

When I was six years old, after years of being unceremoniously stuffed into one-piece snow suits in the winter, I received a TWO piece snow ensemble so glorious the snow would literally disintegrate from the awesomeness. A deep cranberry colour, it boasted a smart belt that nipped at the waist, and elegant white faux fur accents. This snow suit was, in my six-year old word, The Shit.

In a blatant attempt to catch the neighbourhood’s collective attention in my new suit, I began playing in the front yard, rather than the back. My sister’s suit was irritatingly similar, but it still could not diminish the love I felt for mine. 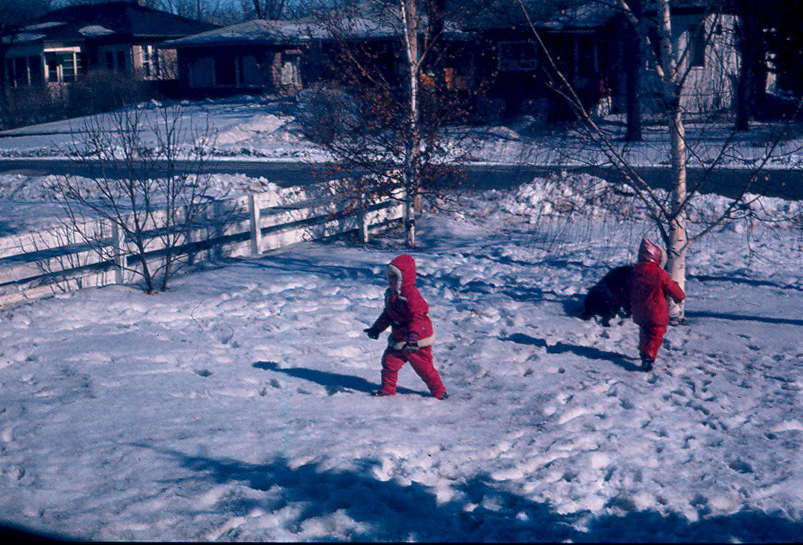 One day at school, we lined up to go inside after playing on the nearby hill at recess. I was waiting anxiously (yes, I was THAT kid) in my spot in line, when all of a sudden the kids around me started to laugh. The entire schoolyard erupted in laughter as I looked down to see a neighbourhood dog, looking absently ahead with its leg raised high in the air, whizzing on my precious ski pants.

I’m pretty sure I started to cry, because a nanosecond later a teacher whisked me inside and stripped me of the soiled snow suit.

Needless to say, it was humiliating and my life was forever ruined. To add insult to injury, after rinsing the pants, the teacher lay them out on the steam radiator at the front of the classroom to dry. As the devil teacher conducted lessons for the remainder of the day, I sat and seethed with hatred for my ski pants, wishing they would burst into flames and be gone forever into the deepest pit of hell.

Sure I was annoyed at the dog. Stupid dog. I will concede, however, that a chubby six-year old standing perfectly still in a bright red snow suit bears a startling similarity to a fire hydrant.

Year after year, no matter how much I grew, the ski pants would be replaced by another, equally heinous pair. I loathed each one more than the last – the zip, zip, zip they made when I walked was like Poe’s Telltale Heart, following me everywhere and driving me deeper into madness.

Until finally one day I was old enough to not have to wear them. The wretched ski pants were replaced with long johns, cleverly concealed under a pair of skin-tight acid-wash jeans. Life was glorious, if a bit chilly. I enjoyed my teen and young adult life free of putrid puffy poly-filled pants, and never looked back.

Until I started winter biking.

Suddenly, no matter how many layers I tried to squeeze over my lower half, I was freezing. I was in no position to purchase any expensive high tech gear, so I rummaged through a trunk in the basement and hauled out a crappy pair of ski pants I had been forced to purchase for a ski trip twenty years ago. I grudgingly wore them through several winters until finally deciding I had earned myself some big girl commuting pants.

After some shopping around, I chose a stylish pair from Mountain Equipment Co-op – the Zero R, which boasts a fashionable fit, flat front with fly, zippered pockets, windproof outer shell and warm inner lining. I am very excited to try out the knee darts, and can hardly wait to see what the crotch gusset does. If James Bond had to wear commuter pants, I’m pretty sure these would be the ones.

Unfortunately they didn’t have my size in black at the local store. They had light grey, but I figured they would look terrible covered in chain lube, coffee and red wine. So I ordered the black ones online from the store in Vancouver. I was so excited I could barely sleep at night.

The package arrived a week later, smelling vaguely of weed and the ocean. I tore it open, thinking of the joy I would feel when I could finally be free of ski pants forever. The pants were the right colour, the right size, and had an enormous plastic security tag bolted to the front pocket that read “ROSS” in big red marker letters. Fucking Ross. 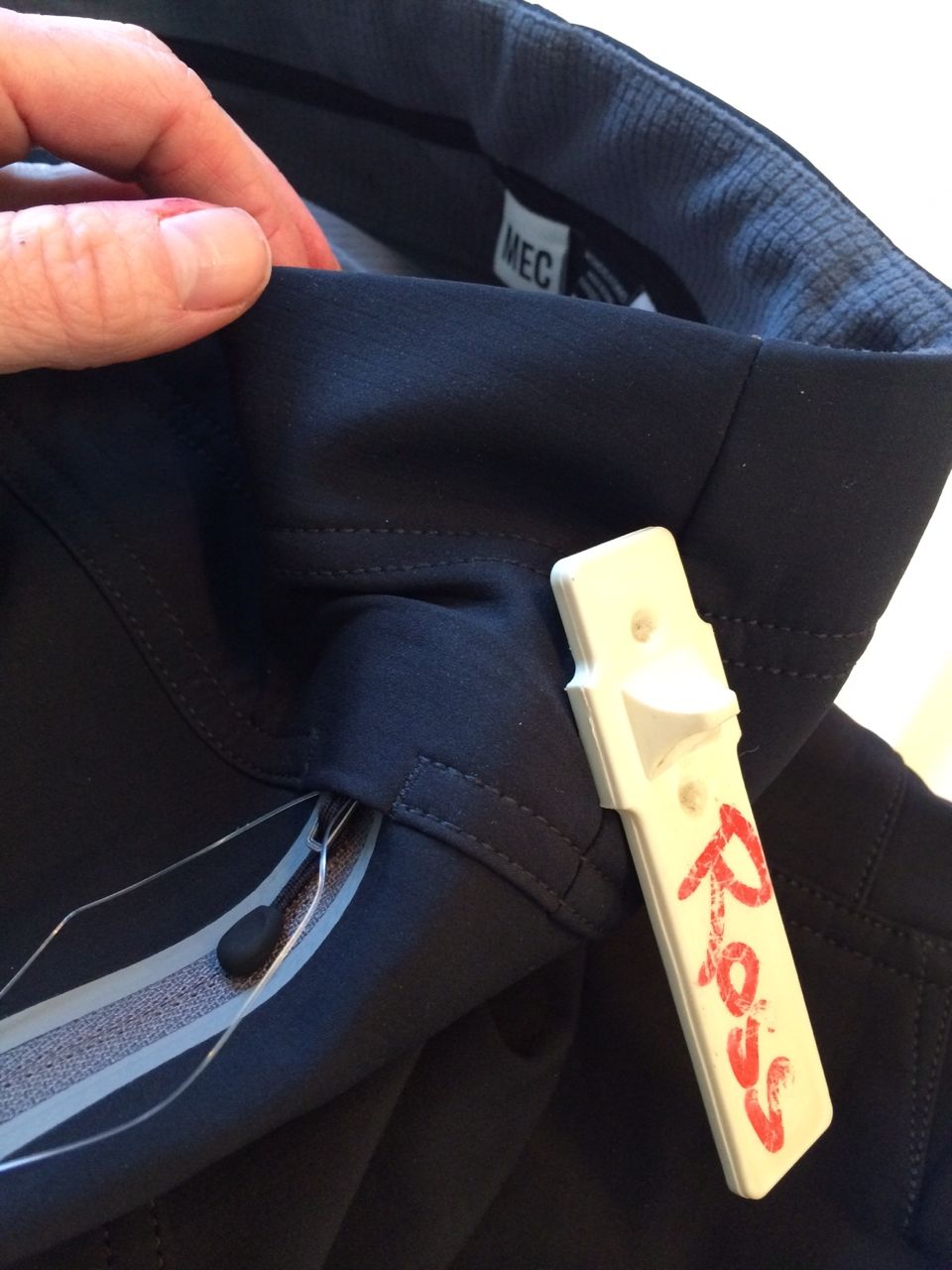 Captain Ahab has his whale.  The Mariner, his albatross. And me, I have the ski pants.

← The Princess and the Peugeot
It’s Payback Time →