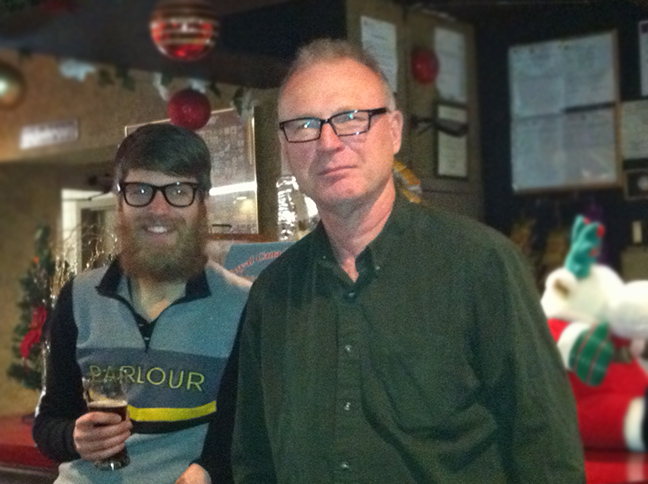 The other night we bid a fond farewell to our good friend and commissaire extraordinaire Colin Antaya. It was fond in every sense except the fact that he is leaving us and moving to Brandon. Regardless, we sent him off in style at our new de facto clubhouse, the Belgian Club – which in reality is a Royal Canadian Legion for the Belgian Veterans Association. Thankfully, if there is anything old Belgian veterans seem to like as much as beer and folk dancing, it’s cyclists. 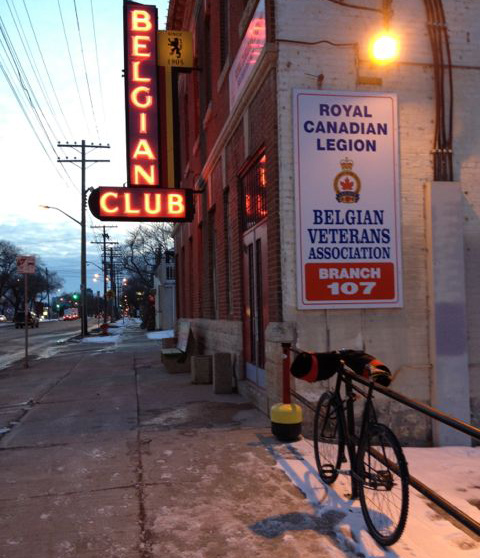 The affair was rife with plenty of Belgian-style pomp and ceremony. 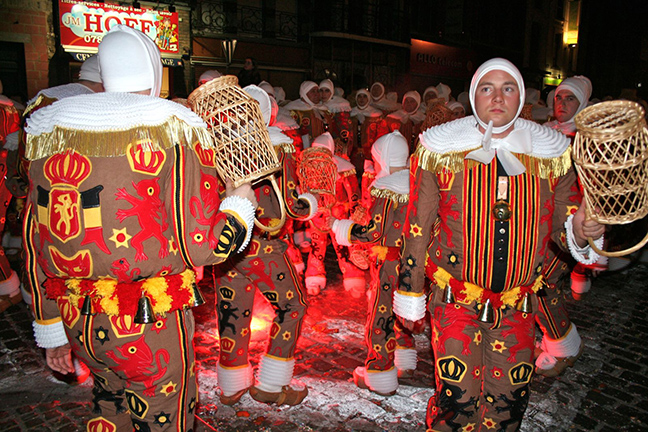 Ok, maybe not quite that much pomp, but there was plenty of delicious Belgian beer, great company, and the added bonus of loud karaoke background music. 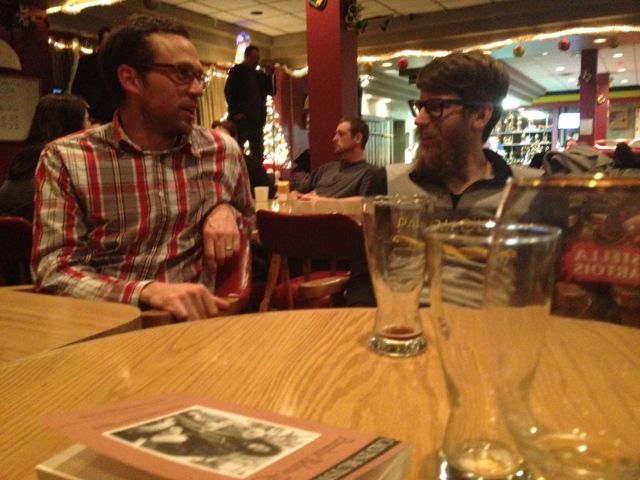 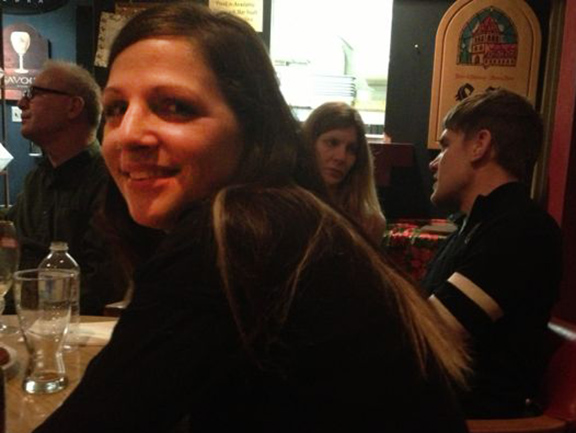 Why, do you ask, would anyone leave all of this? Colin has accepted a new job position that in addition to being new, also allows him to boss other people around, which is pretty awesome. He told me it was a hard decision – what with selling their house, leaving their (grown) children behind, not to mention his super awesome friends. But he reminded me that at the end of your life, you never regret the things you did – you regret the things you didn’t do.

Wise words from a man who cannot tell leopard pants from alligator ones. In fact, after several frosty Affligems, they were almost enough to get me throw caution to the wind and get up on stage to sing a Kenny Rogers/Dolly Parton duet with Brad. Thankfully I was not drinking Duvel. 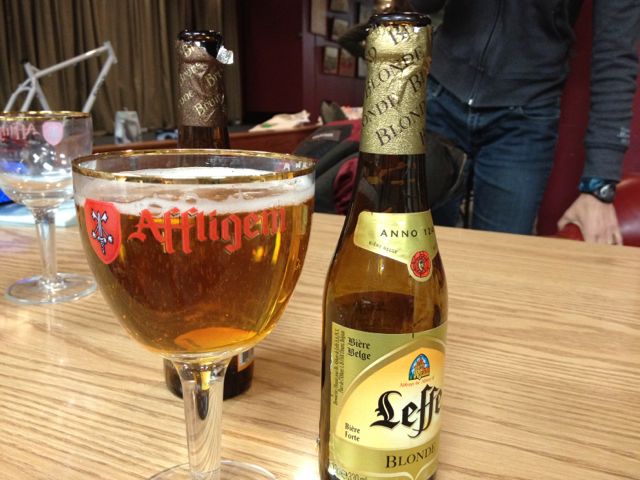 Colin’s words were enough, however, to get me to ditch my indoor workout the next morning for a cross ride through the river trails with Ian, Mark and David. 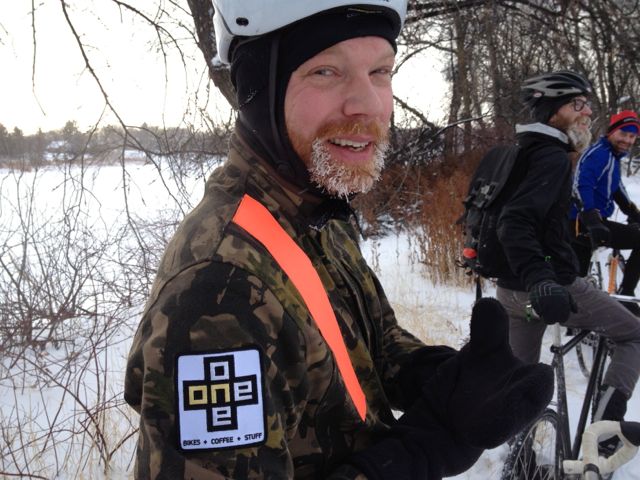 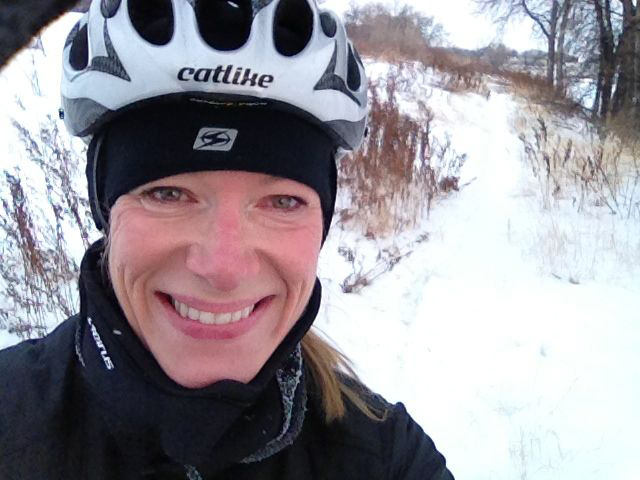 It was a glorious winter ride and the guys were kind enough to wait patiently for me as I attempted to navigate through the various challenges that nature provides. 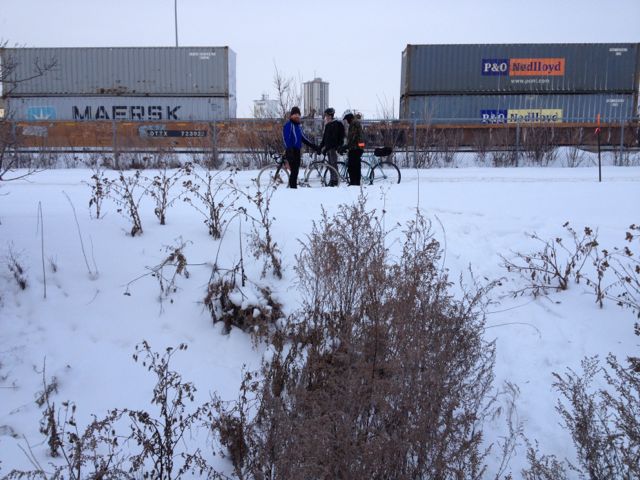 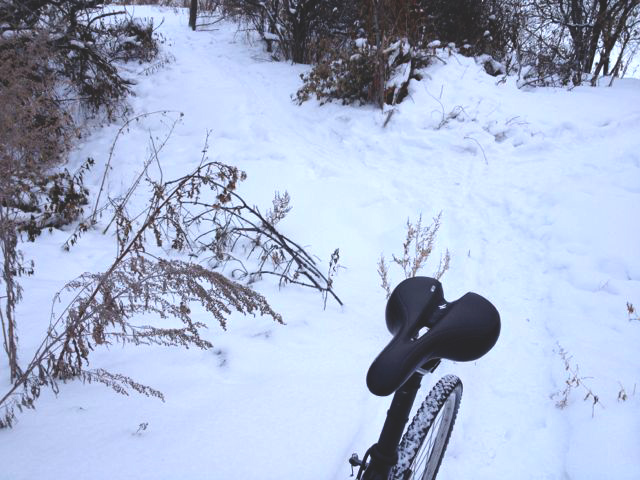 As you know, I enjoy indoor training more than I should admit to in mixed company. It offers a great workout with relatively little chance of frostbite, injury or mechanical failure. But that’s the thing with indoor training – nothing really happens. Your legs go around and around and you sweat like a fat guy – but nothing happens.

When you ride outside, shit inevitably happens. Sometimes it’s good shit, like seeing an endangered woodpecker in a tree after you wipe out on a tricky turn around a stump in the ground. Or spotting a hawk owl surveying the barren landscape for critters to eat after you eat shit trying to avoid falling into the frozen river. 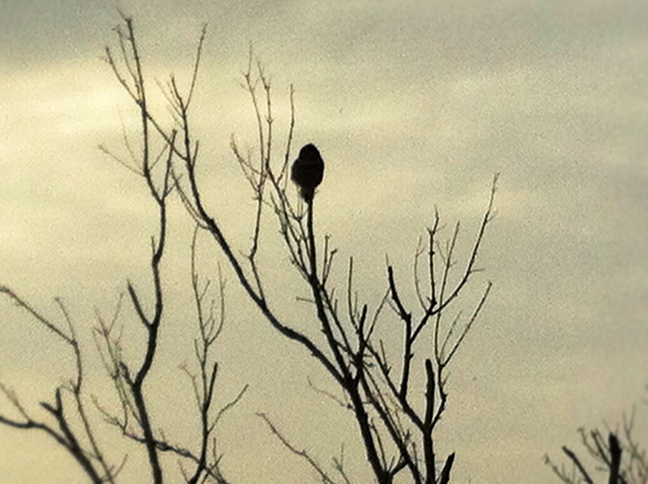 Sometimes, the shit that happens is bad – like this here crack in the Hipster’s crank that presented itself halfway through our ride. 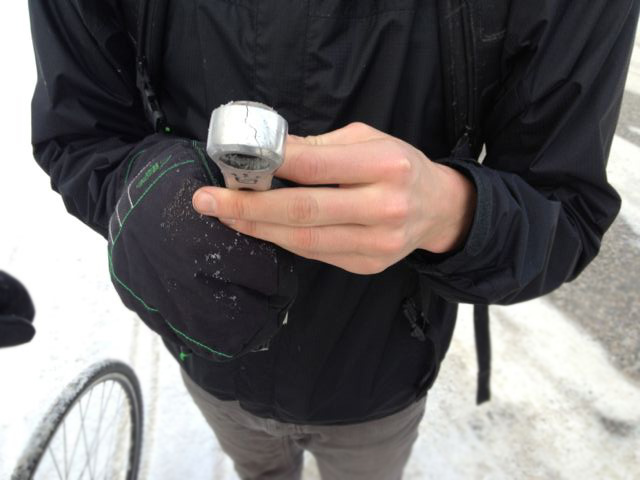 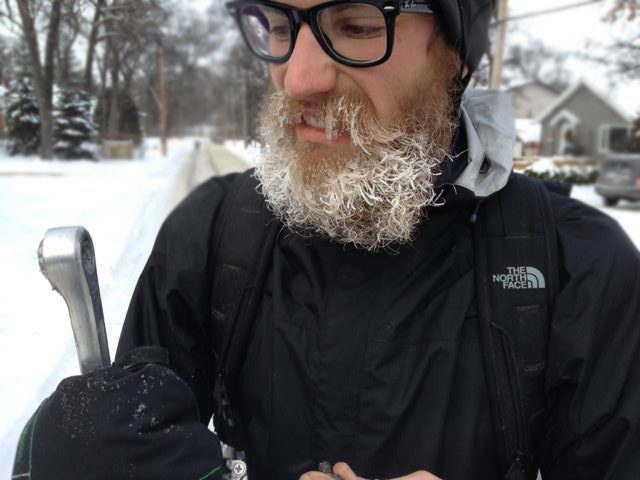 Mark and his impressive beardcicles were not amused. David tried to offer some comfort, telling Mark not to worry – it happens to everyone. He then went so far as to illustrate this point about an hour later when his plastic crank bolt broke, leaving his bike similarly impotent. 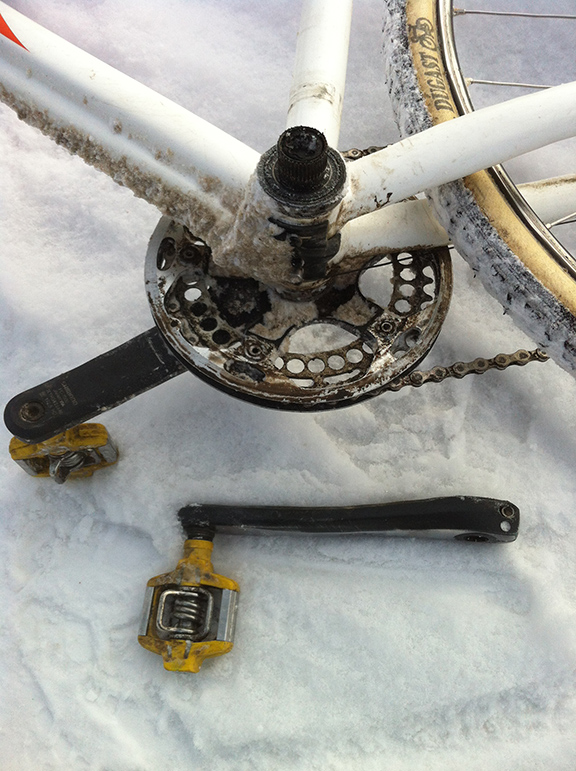 Fortunately, Ian and I did not realize it was International Break Your Crank Day. I guess we’ll have to wait until next year to celebrate.

So you see, when you get out and do stuff, shit happens. Sometimes it’s good shit, and sometimes it’s bad shit. But even the bad shit that happens is far better than looking back on your life with regret at all the things you did not do.