Segregated Racing: A Matter of Opinion 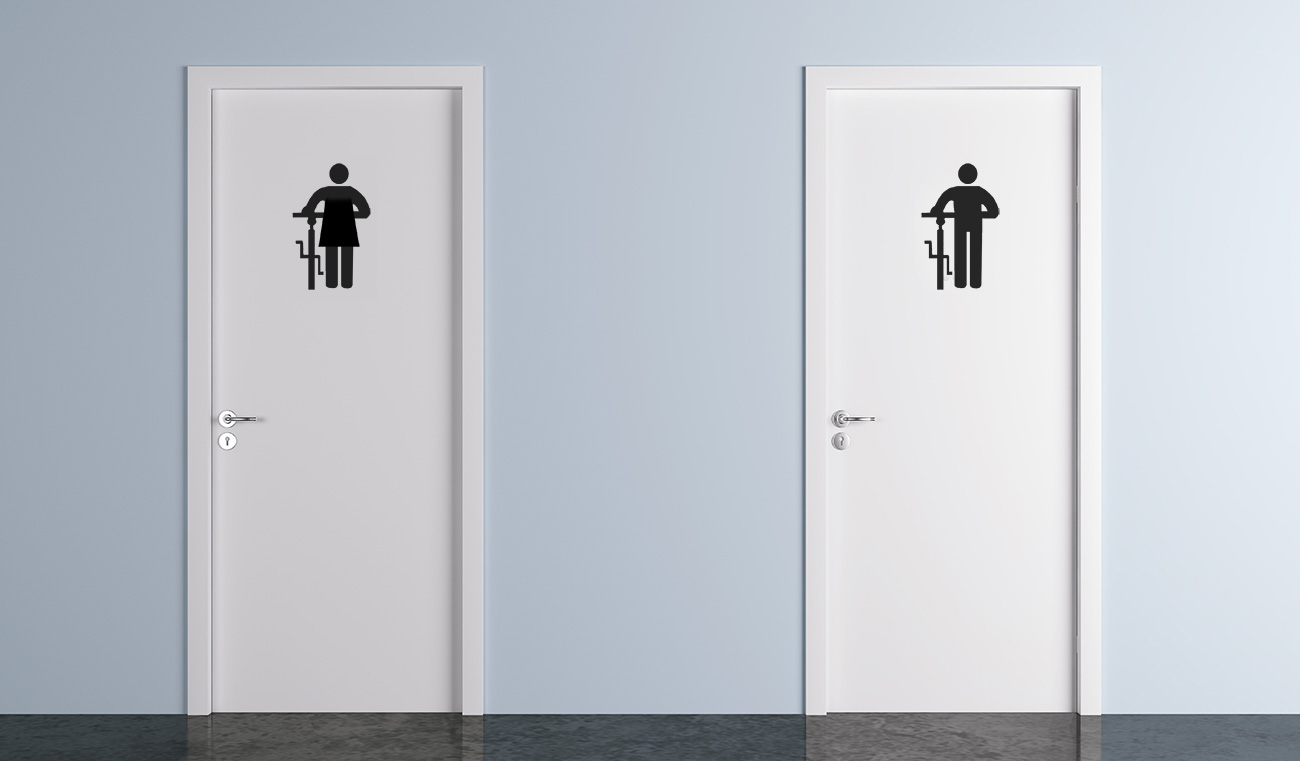 With DarkCross and MennoCross in the books and under our belts, it’s safe to say cyclocross season has taken the stage with all the flourish and dazzle of Elvis in the Vegas years (minus the sequins and fried chicken). Over the last few days, there has been growing discussion about the possibility of creating a women’s race category for all of the local cyclocross races. When the idea was first voiced to me, my reaction was both immediate and involuntary, and may have involved a slight curling of the lip and puckering of the sphincter. Strangely, I didn’t really know why I found the idea so terrible.

After talking to a number of people, from organizers, to parents, to other women, I’ve had some time to think about it. I still do not have the answer, but I do have an opinion, which I am going to share with you. But first, a story.

One afternoon when I was about eight years old, I was engaged in a riveting session of Barbie Gets a Sweet New Condo with my sister, when she got a call from a friend asking her over to play. Seeing my disappointment (Barbie was just about to negotiate for a pink hot tub in the master bathroom), my mom – with my sister’s blessing – sent us both. When we arrived at my sister’s friend’s house, her mother told me I was too old to play with the other girls (they were 6). She whisked me away to a room where she placed a box of Lite-Brite on the floor, then left, closing the door behind her. I remember feeling sad and embarrassed – she had made it clear that I didn’t belong. I proceeded to carefully craft a picture of the most hideous Lite-Brite witch you have ever seen.

Here in Manitoba, in a addition to a kids’ race and an open race (for beginners/unlicensed riders), there are 3 licensed races at every cyclocross event – the A race (Cat 1/2 men), the B race (Cat 1/2/3 women and cat 3 men), and the C race (Cat 4 men and women). Racers are placed in races based on their abilities, and then seeded based on a system of points which are calculated by both attendance and performance. Needless to say it is complicated and requires math far beyond my limited abilities. It is also not without its flaws. For example, one of the local women (who I will call Anna, since her name is Anna) has consistently posted lap times that would put her mid pack in the A race. So this year she requested and was given the green light to race A. She earned it. She belongs there. And she is kicking ass.

Is it because there are too many women? …(sorry I just fell off my chair). Our numbers are up, and that is amazing. But on average, men still outnumber women at the races 15:1. So isn’t it more accurate to say there are too many men? (I kid) In addition to Anna in the A race, there are currently 6 women (and counting) in the B race, and around 20+ in the C and open categories. At this point I don’t think we have the depth and numbers for a women’s race that would allow all women to have someone of similar ability to race against. And even if there was, why do they have to be other women, if everyone is already comfortable racing with the men?

Is it because that is how it’s done elsewhere/has always been done? While there are always general rules or truths that need to be considered, we need solutions that work for our community, not those mythical places where the rivers are full of beer and four thousand people show up to race. Elite/pro races are segregated by gender, but in those cases, they have the depth of riders of similar abilities to warrant and allow for it. However, in that system, it’s certainly no secret that women have been given the short end of the stick. Women’s events are far fewer in number, shorter, ill-funded, poorly covered by media, and generally overlooked in favour of men’s events.

Is it to attract more women? If so, we would need to assume that there are a bunch of women out there who don’t race because they are intimidated by the idea of racing with men. This would also assume that racing with men is somehow different/scarier than racing with women. Having raced with both, my experience has been that there is little to no discernible gender based difference in the manner in which men and women race cyclocross. How aggressively or passively someone races has far more to do with the basic wiring of that individual than the absence or presence of a uterus. Locally, the Velodonnas have introduced many women to racing through the women’s only Dirt Skirt series, where they can learn about and experience racing in a non-threatening environment. It seems to be working, since many have made the leap into mixed gender racing.

It it because all women are the same speed? I wish. If that was true I would be Catharine Pendrel, and there would be 20 local women fast enough to give Anna a run for her money. But there isn’t. At least not yet.

Perhaps there is a good reason and in my feminist zeal I’ve missed it. If so, please feel free to share it in the comments below. As far as practical reasons NOT to have a women’s race, I do have a couple (ok I lied). As it is, there can be five or more races in a day. If women have the numbers now for a single race, at what point do the numbers warrant having multiple women’s race categories to match the men’s? How many races can we reasonably have in a day? How do we set the low-end cut-off numbers before races have to be combined with the men’s races anyway? What happens if the numbers drop? In amateur hockey, girls have the choice to play in an all-female league, or with the boys. If a women’s race were introduced, I think this is the only fair and reasonable way to do it. To give women the choice. Which means we could risk splintering the women’s field into even smaller sub-groups, thereby completely missing the point (assuming there is one).

We have to be ever-aware of the constantly shifting landscape, both of the local scene, and of the rest of the world. We have to ensure inclusiveness, fairness, and offer encouragement and experience for our promising litter of young racers. We need to recognize that if girls continue to excel and reach pro levels, things will change and they will only be racing with women, on women’s teams. We need to recognize the broad (and ever-changing) range of skill, speed and ability, in masters, beginners, and kids. What we can’t do is create arbitrary segregation, which is what, in the absence of any compelling arguments to necessitate it, a women’s race feel like. And we can’t let this discussion be led by our own agendas.

I want to be clear that at this point, it is a point of discussion and nothing more. Thankfully, we have great people in our local cycling organization who are always open to discussion and changes that makes sense for our community. Which is why, over the past few days I have even been asked my opinion on the matter. And so, my opinion is this: with things as they are, the idea of being ‘given our own race’ feels a little like being put in a room all alone with that stupid Lite-Brite. Probably well meaning, but with the patronizing undertone of being told you don’t belong.