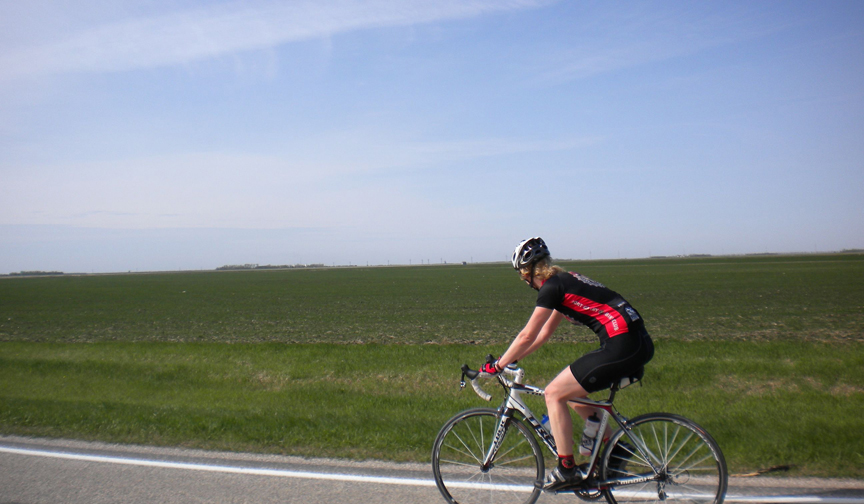 What a lovely day for a morning ride. While moms everywhere enjoyed a well-deserved sleep-in, followed by a luxurious breakfast of Fruit Loops and mustard served in bed – I squeezed into my finest Sunday bike kit, pumped my skinny tires to 400 psi and rolled out the door to prove once and for all that I have no sense whatsoever.

When I arrived at the duck pond there was a sizeable group waiting.

I guess the rest of you were (understandably) worried about your precious bike becoming road kill if you took off for a long ride on Mothers’ Day.

As for me, I abandoned the idea of pre-ride chocolate martinis and opted for a White Russian instead. 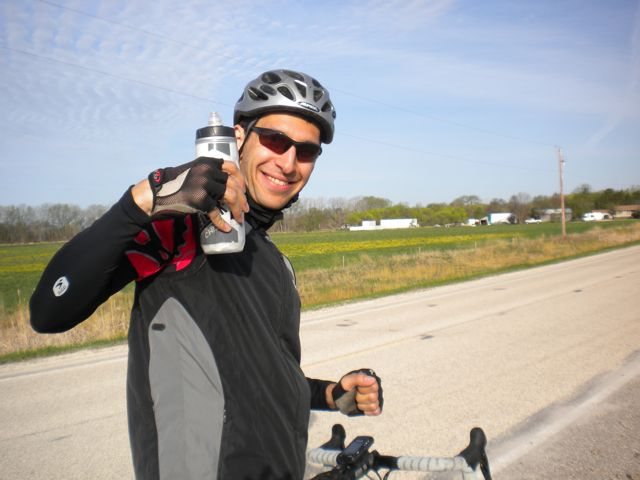 This particular white Russian’s name is Andrei. As far as I know, Andrei is not married and did not have to fear for his safety, nor the safety of his beloved bike.

The ride of choice – a modified version of a promising 100km westerly route designed by The Dark Lord, complete with pavement, gravel, a dead cat, and this nice bridge. 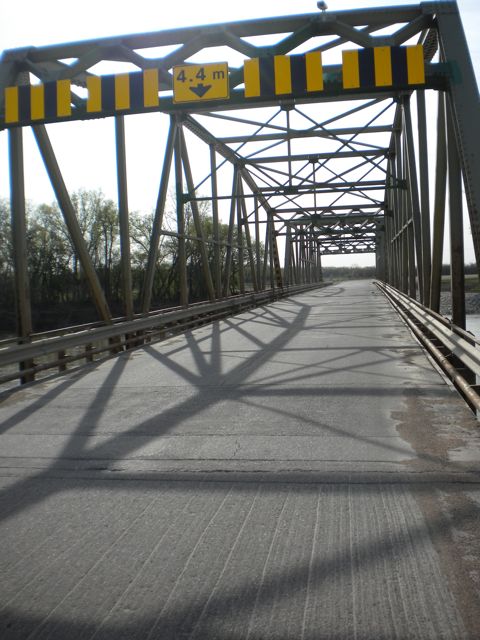 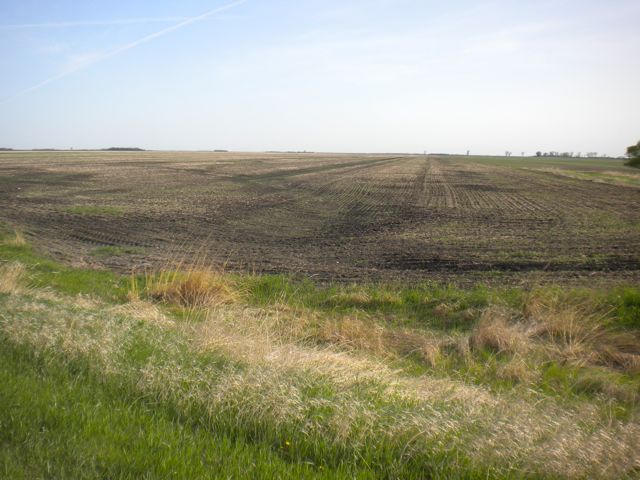 As is always the case, there was a brisk wind. Today it was from the west, which meant a slow ride out followed by a fast coast home. We paused briefly along the way to send a message of greeting to my friend John, who apparently decided that a Mothers’ Day brunch with the in-laws was more important than riding. I even included a picture with the message. 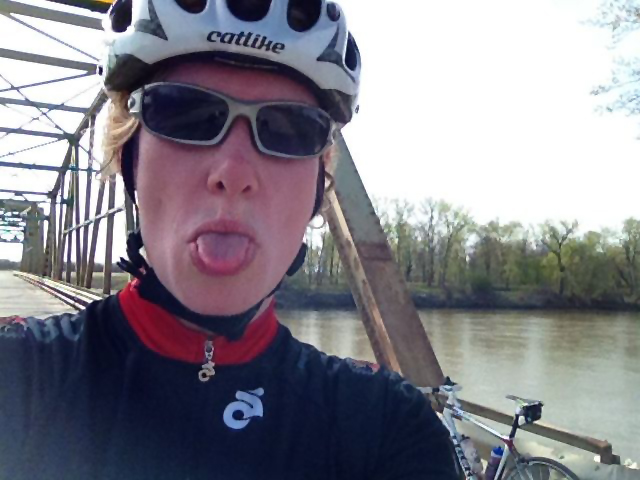 Later in the day I got my comeuppance when John escaped the inlaws for an afternoon ride, and sent me this thoughtful response. 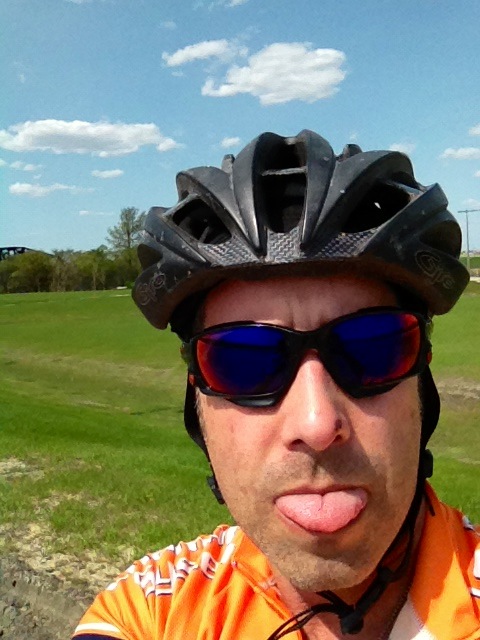 Andrei the Russian, the ducks and I  had a great ride, and can say with authority the Dark Lord’s route is a goodie. We were flying home along the gravel road at 45km/h thanks to the strong tailwind that we had earned – especially Andrei, who rode a tough 200km brevet yesterday. As little sense as I may have, Andrei clearly has less. Still, he is an excellent riding companion and exhibited no signs of fatigue (because he is a robot) whatsoever.

Thanks for the company Andrei!

When I got home, my Fruit Loops and mustard were waiting for me, along with this: 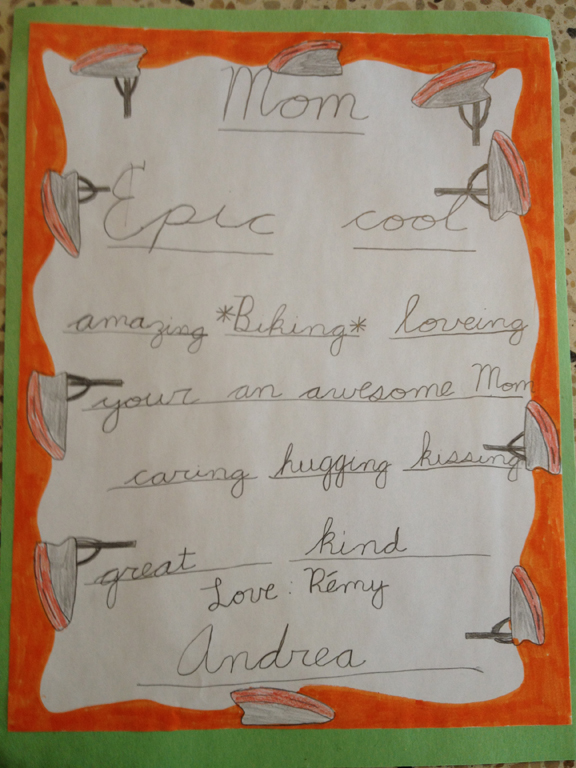 How sweet is that? I particularly dig the bike helmet border.

Finally, I want to wish a happy Mothers’ Day to all you moms out there, most of all, mine – who always told me that I could do anything.