Milan, Altona and Beyond

After an exhaustive search, I think I have found the perfect frame for Operation Commuter Bike! It is an exotic Italian racing steed, coming to me from the equally exotic wilds of Altona, Manitoba via our country cousins the ABES – specifically Johnny S. and his lovely wife, Sweet Sweet Cheryl Koop. Like me, Sweet Cheryl had intended to make this her Commuter Project, but was derailed when a twister uprooted the family farm and flung the livestock into four neighbouring municipalities making for one hell of a mess to clean up. Ok, that last bit isn’t true, but she is indeed a very busy lady and has reluctantly acknowledged the project was not moving quite as quickly as planned, and transferred ownership of this rare treasure to yours truly. Deals were made. Liquor shall change hands.

It is a thing of beauty, no? 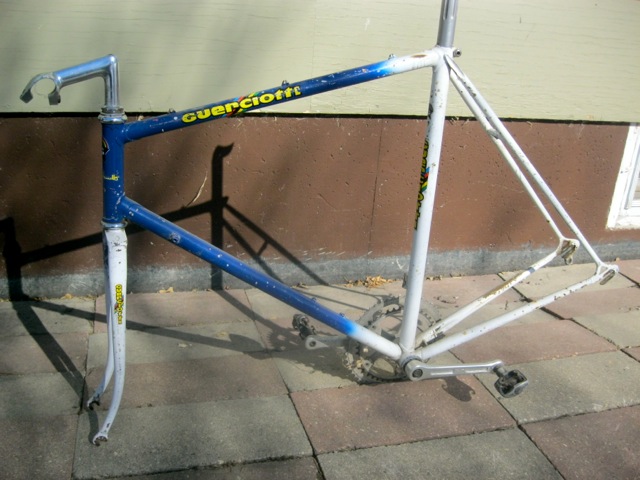 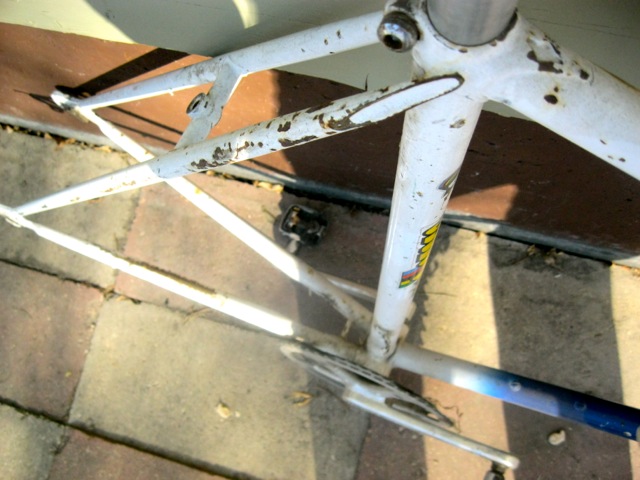 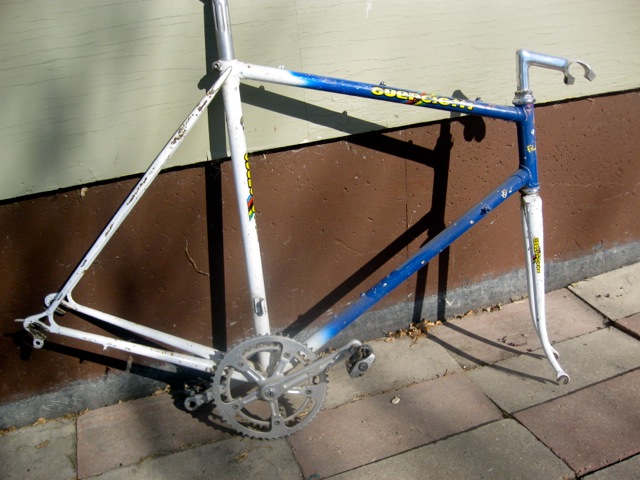 Ok, it needs a little work, but like Prince Harry after a night in Vegas, this bike still has pedigree. It is a 1980’s era Guerciotti [gwer-chee-OH-ty]  – a brand of bicycles made in Milan by brothers Italo and Paolo Guerciotti, who (according to the Great and Almighty Sheldon Brown) entered the world of frame building under the guidance of Cino Cinelli. This bike couldn’t get more Italian if Sophia Loren had sex with Mario Cipollini whilst riding it through the Vatican. 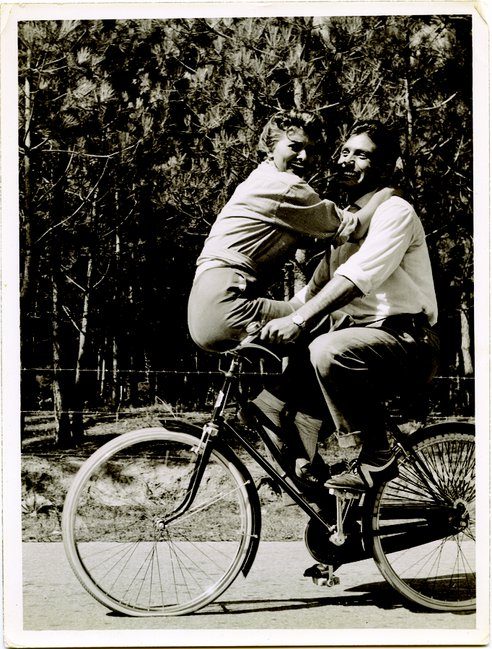 © Hollywood Rides a Bike. Sophia Loren and Rik Battaglia, Woman of the River, 1954.

The frame has seen better days. But I know I can make it bellisima once again.

For most kids, being told your Dad was bringing home a new car would be pretty exciting. You would probably sit at the window with your nose pressed against the window waiting for Dad to drive up like a movie star in a shiny new Oldsmobile sedan. For us, it meant we had to go put on work clothes to help our Dad load a bunch of boxes of dirty, stinky car parts into the garage. Every night after work he would inhale dinner and disappear into his workshop where even from the house we could hear the violent banging of metal or see the flashing light that meant he was welding. I sometimes wondered if he was secretly a mad scientist, like Frankenstein, assembling random body parts to make us a new brother or sister to play with. 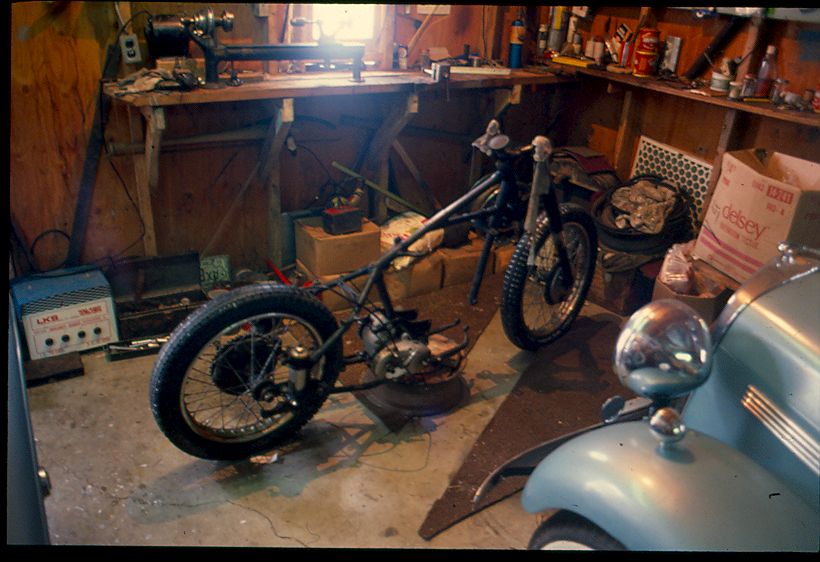 Our visits to the garage would find him, or rather half of him, sticking out from underneath a half finished auto carcass, sprawled out and dressed in cut-off suit pants and an oily t-shirt so riddled with welding burns it looked as if he had been shot with a blunderbuss. We’d usually be there just in time to pass the wrong tools when he asked, or stick our small hands deep into the entrails of an engine where his big hands wouldn’t fit. 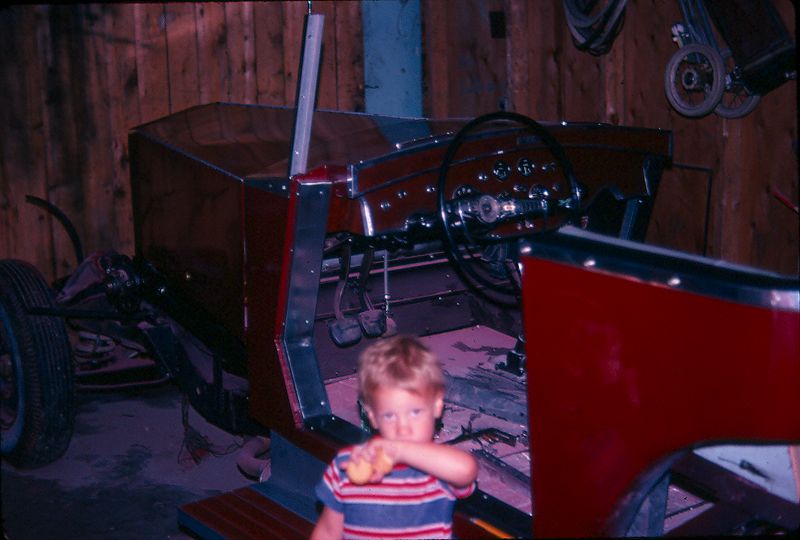 Months later, a shiny beautiful car – our newest sibling – would roll into the driveway, driven by my beaming  Dad. 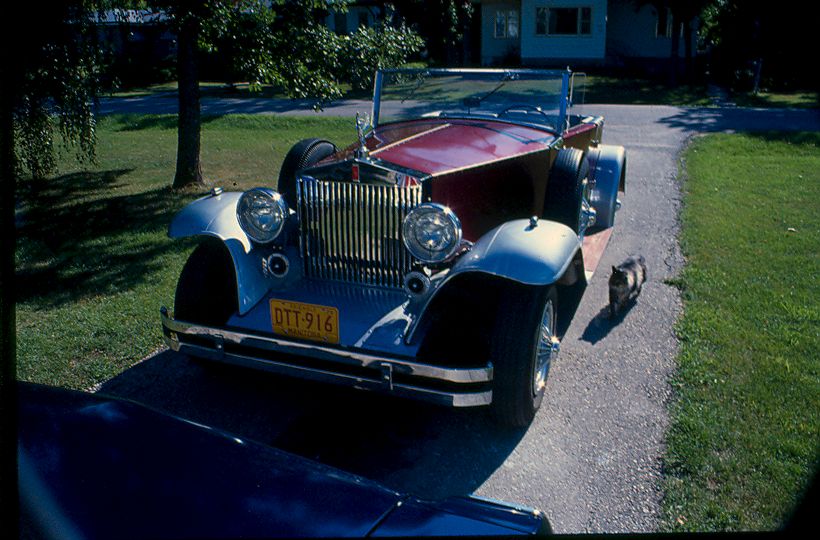 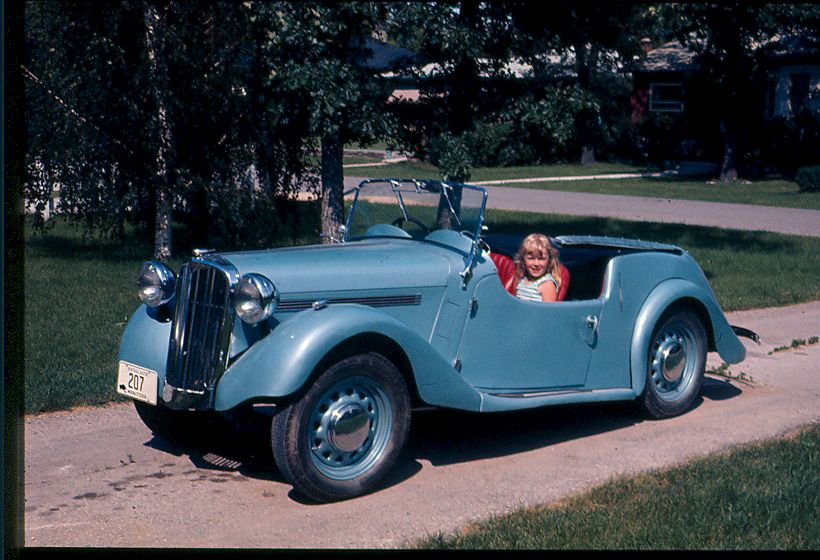 Unfortunately, none of this means I have inherited any mechanical prowess whatsoever. What I did inherit, however, is an overwhelming love of making something run-down, broken or ordinary into something beautiful. While my dad restored rusty old cars and motorbikes and made them into showpieces, I dotted my “i”s with princess crowns.

There are two “i”s in Guerciotti.

There is a long way to go to make the Guercotti beautiful. I barely know a clincher from a cantilever and according to the CycleChick accounting team my budget is zilch. Stupid accountants. Thankfully I have lots of nice, knowledgeable friends who happen to hoard bike parts and like beer.

First of all I need to get my hands on the frame to make sure it’s actually sound, and the right size. But like any project, the beginning is the most exciting part because anything is possible. It could end up looking like this: 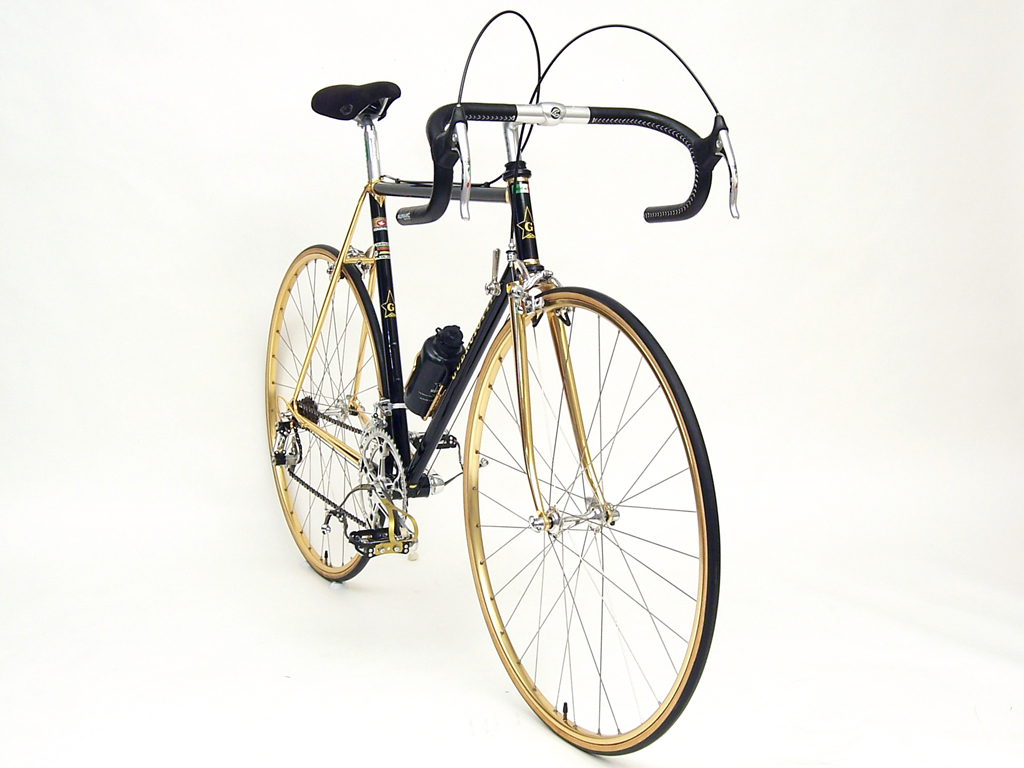 Of course, it could also end up looking like this: 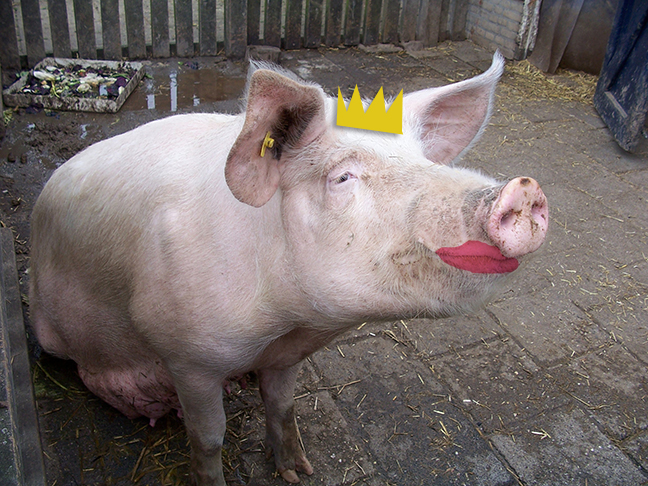 But likely, it will end up somewhere in between.