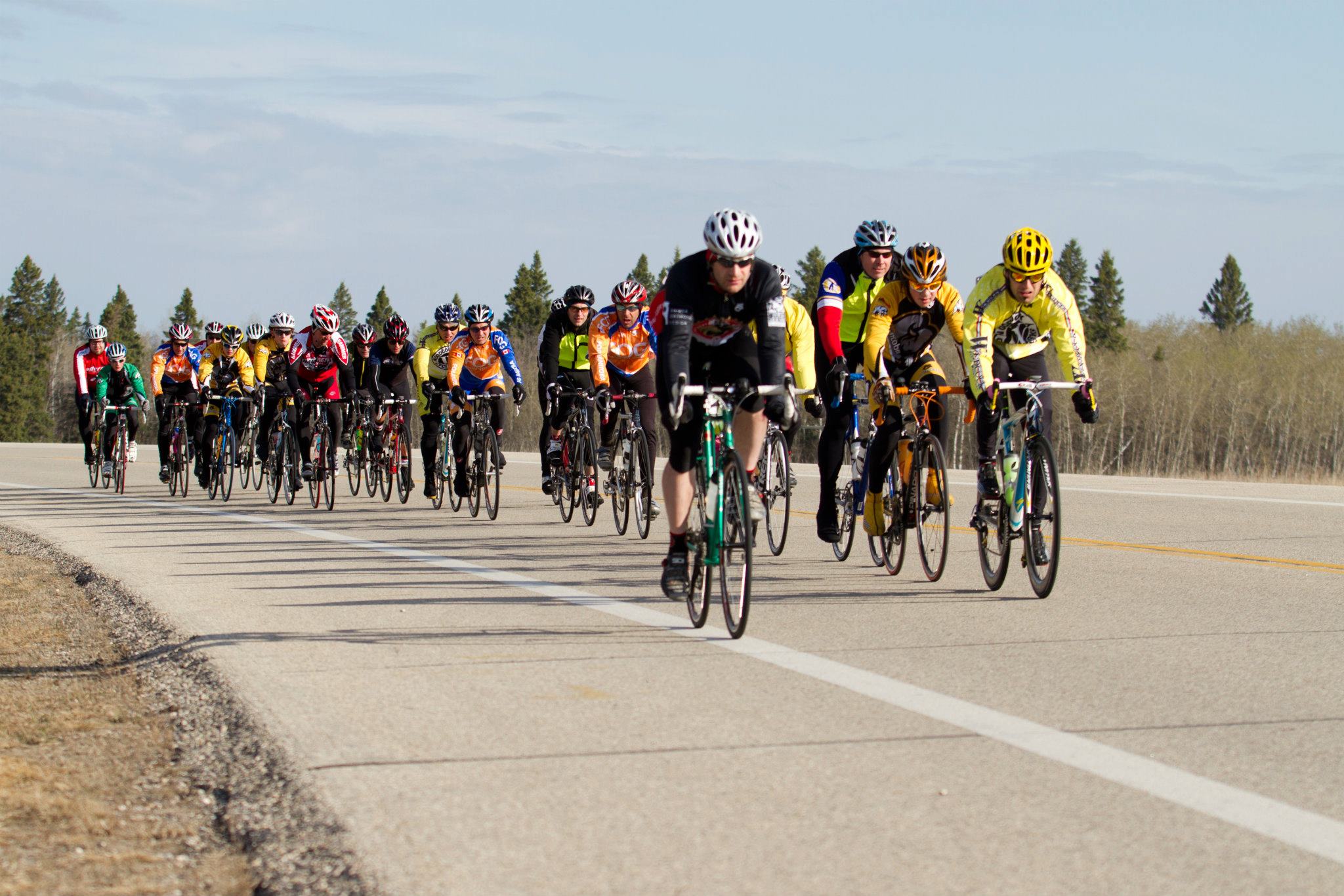 Well hello there. Long time no see. If you’ve been wondering where I’ve been (and even if you haven’t), let me tell you: I have not been in Belgium watching bike races, or spending long, passionate days in the sack with Mario Cippolini. And I certainly wasn’t – as was suggested by Michael from Portland – in Southern California doing the Stagecoach 400 (although I am flattered you think I am crazy enough to do it).

Where I have been, however, is almost as good. Maybe even gooder. Where I have mostly been is on my bike. Between training, racing, commuting and coaching Kids of Mud, I am spending almost as much time in the saddle these days as Thomas Voekler spends on his hair. 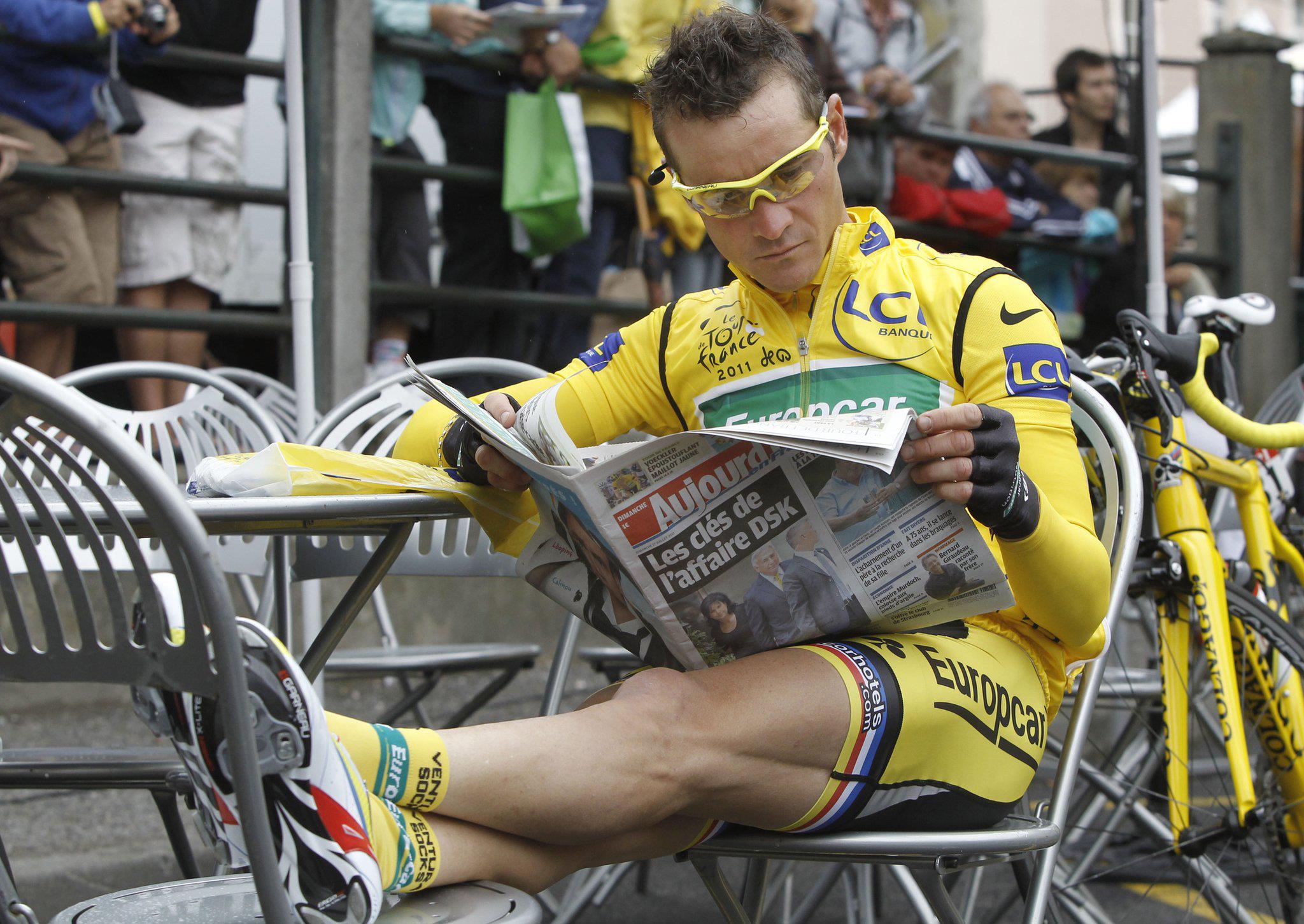 After my impassioned appeal to women everywhere (or at least in my immediate vicinity) to get out there and race some bikes, it became apparent my motivational skills could use some work. Here are the gender statistics from Cat 4 of the first road race of the year, which happened mere days after my rally cry. 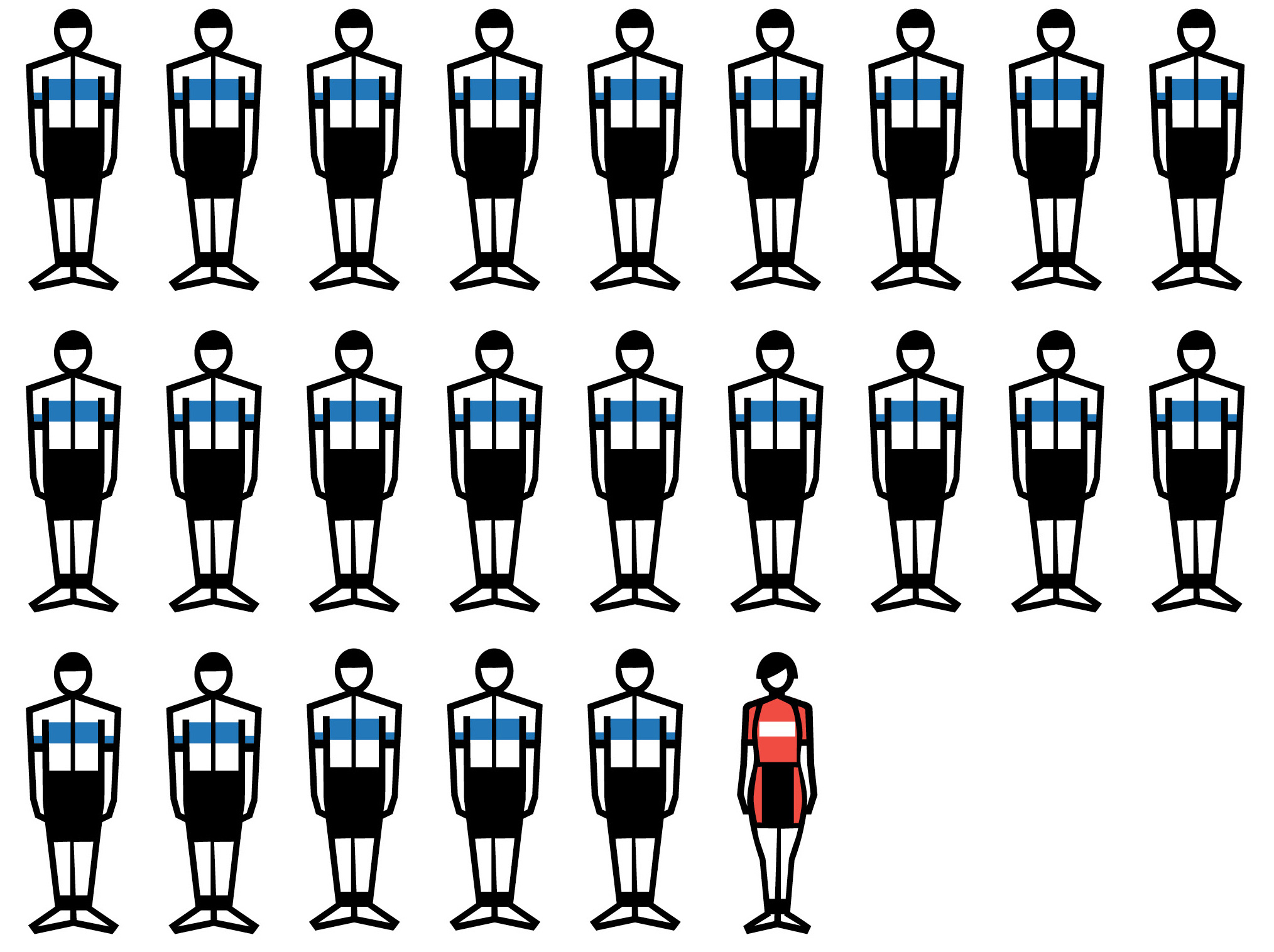 That’s me in the red. It’s a wonder even I showed up. The closest thing to a woman they had in Cat 3 was a guy with a ponytail named Perry.

While my efforts may have been ineffective on the fairer sex, I did manage to convince some of the equally fair yet opposite sex to come out and race. Maybe they thought there would be chicks there. Scott, Mark and I crammed into Ben’s party van – pausing momentarily to fondle and admire his impressive rack. 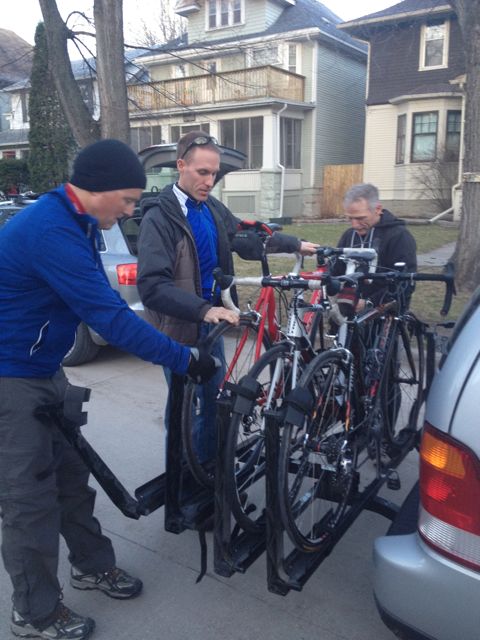 Considering I wasn’t in the GC and therefore ineligible for kisses from the podium girls, my plan was to ride to lose. Or rather, burn the shit out of my legs through a series of early attacks, fruitless bridging, and whatever long pulls I could muster – leaving me with absolutely nothing left by the end of the race. If this seems like a pathetically predictable excuse for a poor result, it totally is. But if there is any proof of the success of my plan, it is this: 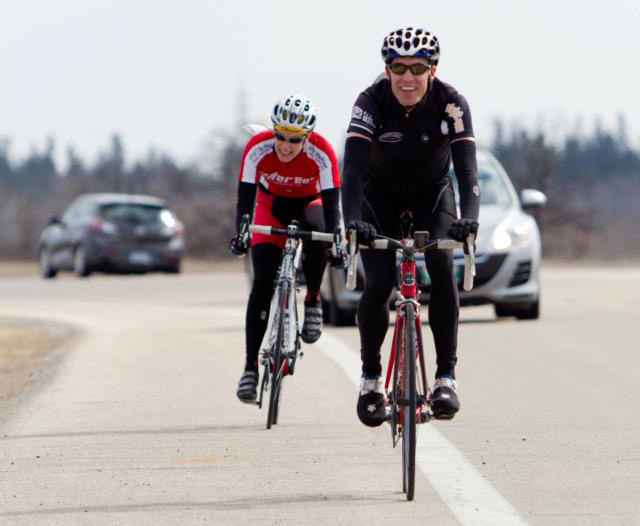 That’s Scott soft-pedaling in after being part of a lead out train to the finish. Note his relaxed body position and pleasant smile. Behind him, it may look like I am smiling, but make no mistake, I am not. That expression on my face is total agony as every muscle in both legs cramp simultaneously. It’s nice to see Stefan out with his camera again, catching these magical moments.

Moments before, the race had finished in dramatic fashion. 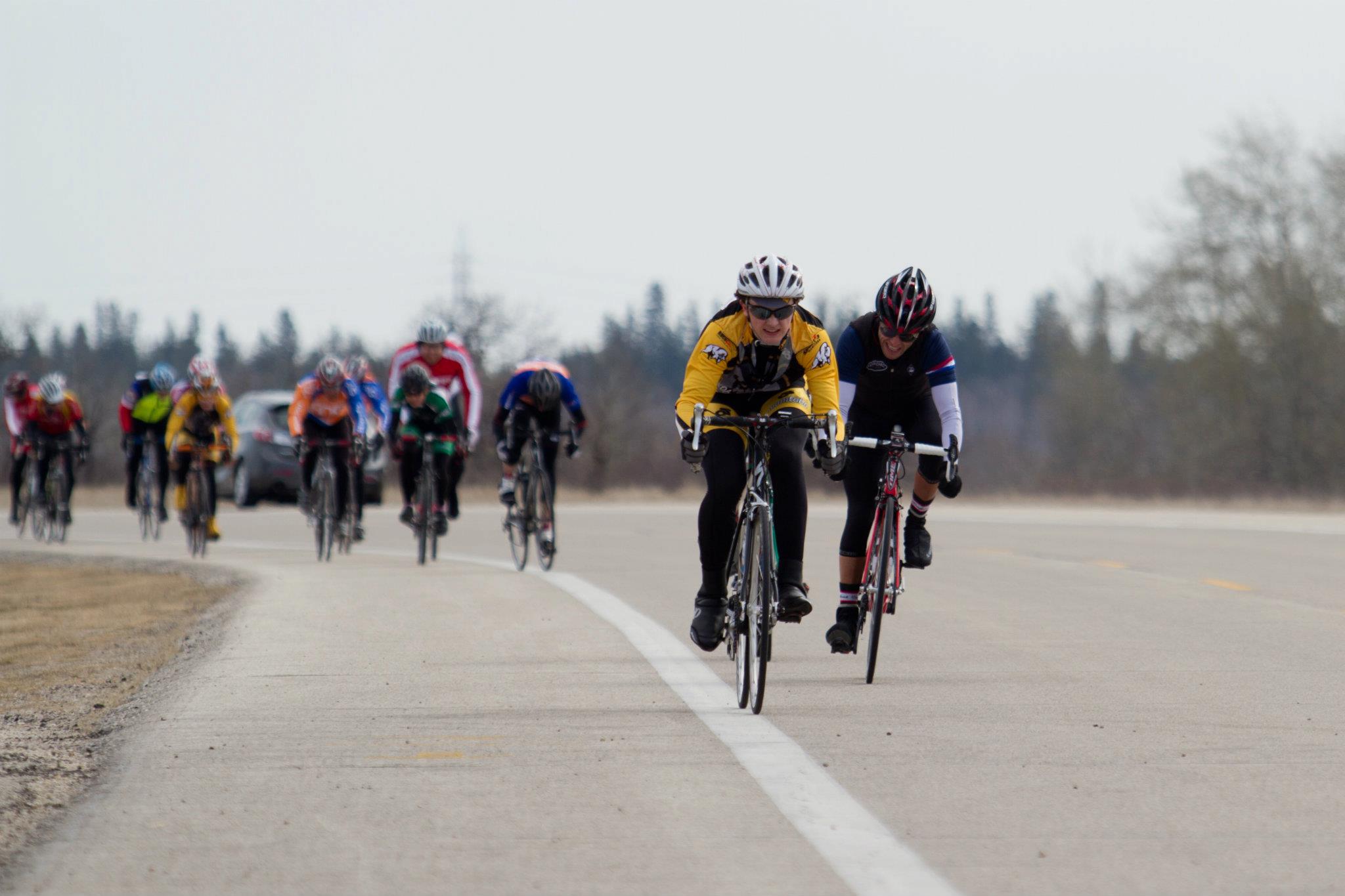 That’s 15 year-old Aaron Carter schooling us grown-ups in the art of bicycle racing. So at least half of the “women and children first” protocol was observed. I guess there weren’t many sailors in the group.

So where did all the women go? I decided if they wouldn’t come to me, I would go to them. A week after the race I signed up for a “Chicks Only” ride in celebration of Women’s Ride Day. It’s no secret how I feel about gender-segregated cycling events, but I thought this would be a great opportunity to meet and talk to other women who love to ride. Turns out there are plenty of us. 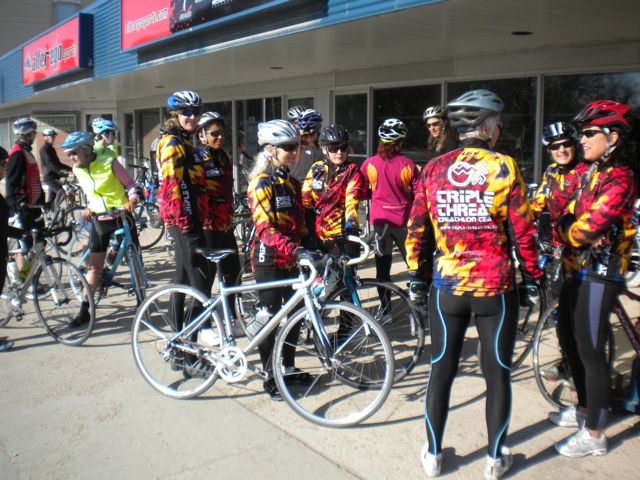 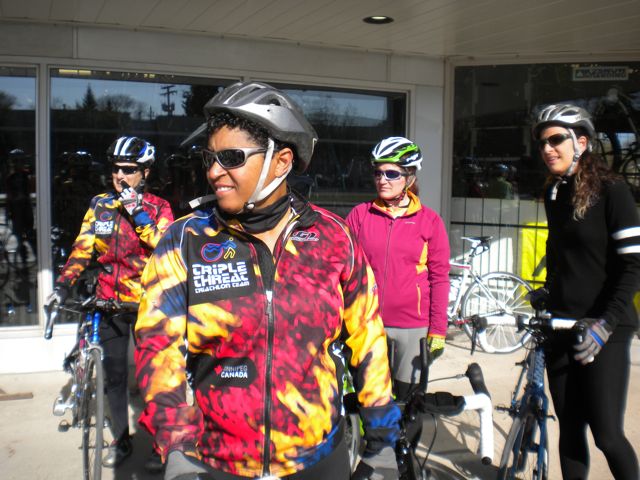 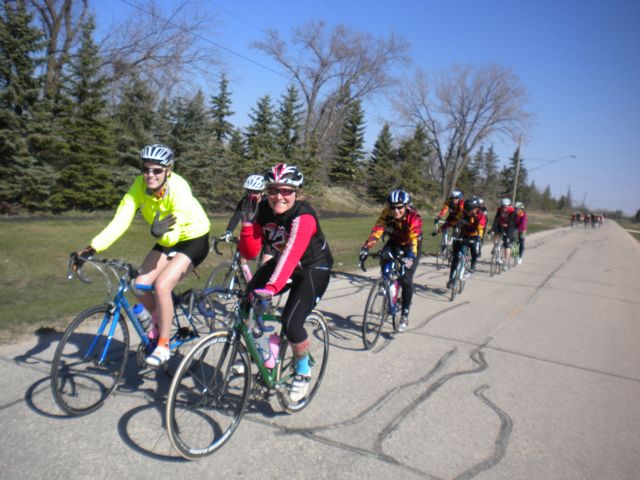 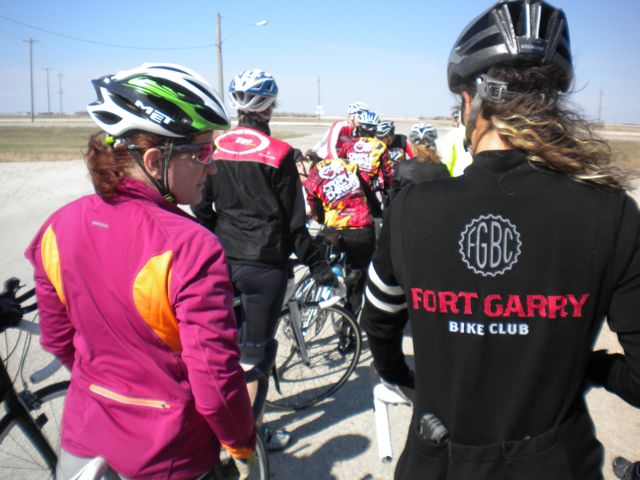 It was a very relaxed, no-drop ride and included women from all walks of life, each with their own experiences and stories to tell. Some had never ridden in a group before and it was great to share tips and offer encouragement as we rode together. I was especially thrilled to meet Julie, who walked up to me right at the start of the ride and informed me she had spent the last two weeks reading this blog from beginning to end (or end to beginning, as she explained). In spite of her terrible taste in literature, she was lovely and it felt like we were old friends.

If nothing else, the women’s ride helped restore a sense of equilibrium – the gender pendulum swinging fully in the opposite direction, like so:

James was our token sherpa man-stud, equipped to handle any mechanical misfortune we might encounter on our journey. 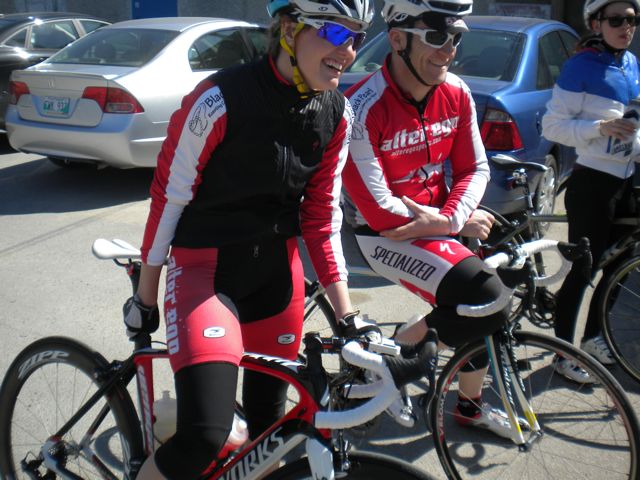 According to my random and completely inconclusive research, there are a number of reasons women don’t seem to come out to road races – intimidation, lack of experience, and insufficient equipment among them. But the big one, of course, is children. We take time off to give birth, then spend the next 18 (or more) years teaching, feeding, wiping, funding, encouraging and chauffeuring them, with little to no regard for our own bodies, health or pleasure.

Of course this phenomenon extends well beyond cycling and is epidemic in all sports – robbing the world, at least temporarily, of some of our greatest athletes in the prime of their lives. My solution? For every child a woman gives birth to, she should be given an ass-kicking new bike – or tennis racket, golf clubs, hockey stick or treadmill. And better yet, some time to actually use it.

I’m lucky. I get to ride with some pretty awesome people – both men and women. When it comes to riding, we care way more about carbon fibre than chromosomes. I also have a patient and supportive family who understand that if Mama ain’t happy, ain’t nobody happy. And what makes this Mama happy is racing her bike.