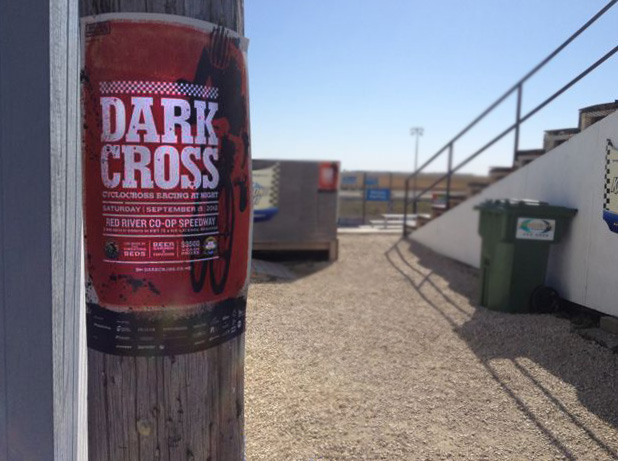 After months of planning everything is finally coming together. If set up day yesterday is any indication of the party that’s coming tonight, it’s going to be fucking off the rails.

The course design and set up is a huge task. The route had been planned well in advance, but there are always last minute changes. One of the unique challenges of this course is the track itself. If it’s too dry, the surface mad curls up into dry potato chips of loose mud. If it’s too wet, it’s so slippery you can barely walk on it. 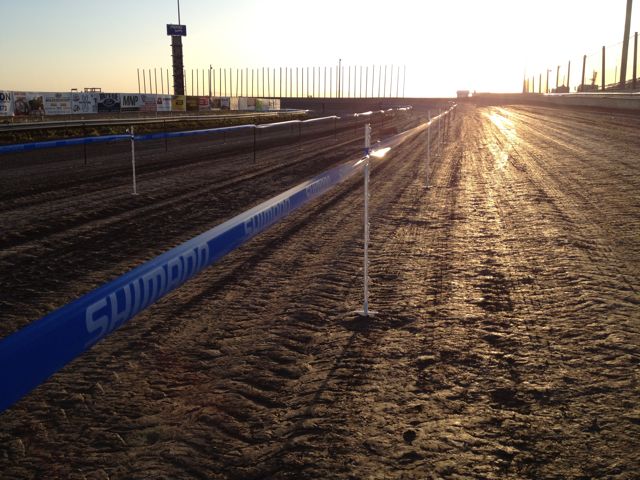 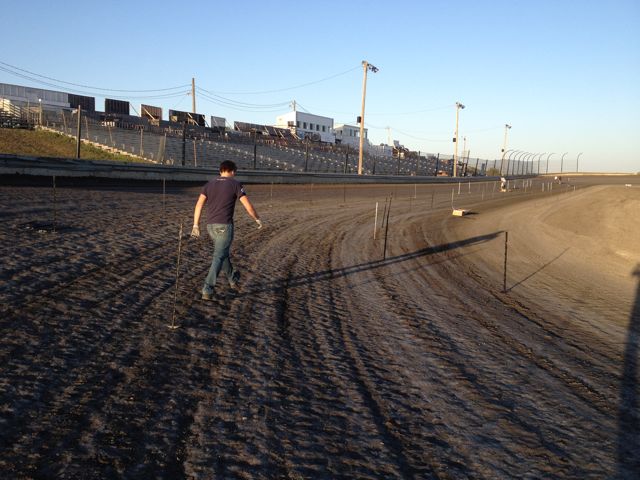 Getting the stakes into the ground is another challenge. Last year the wooden stakes we used broke as they were hammered into the hard ground. This year, plastic ones with metal pegs work much better – especially if you push them in with bike shoes. 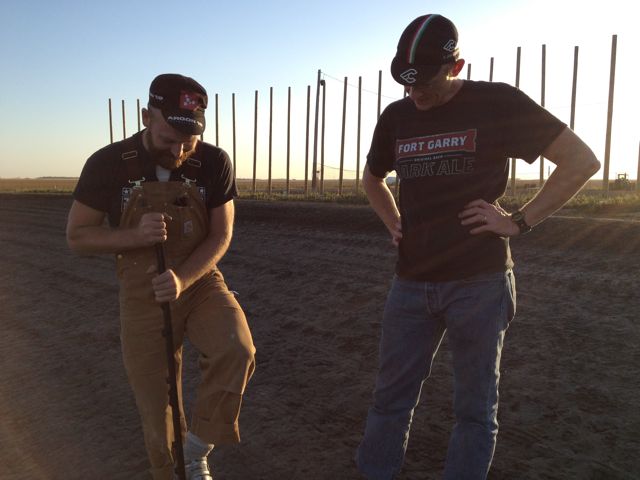 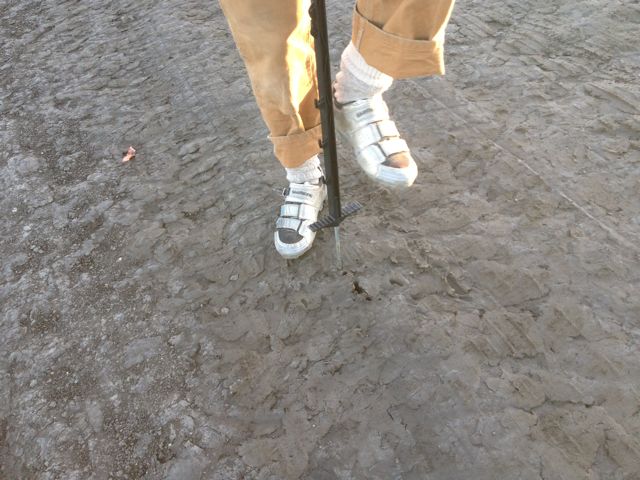 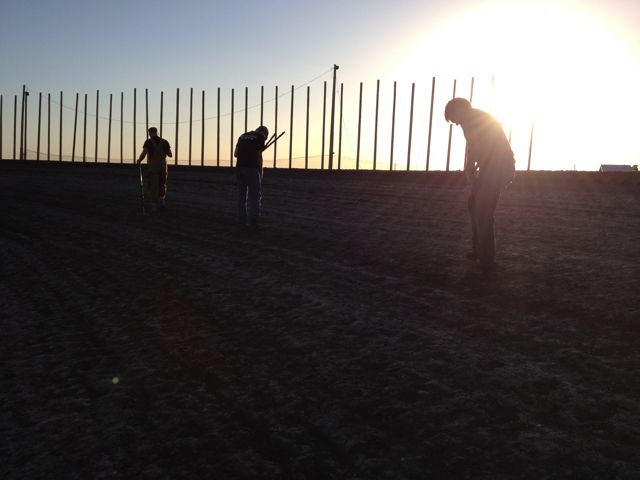 Speedway manager and Patron Saint of DarkCross Blair Bodley worked tirelessly all day, doing an estimated four million passes of the track – wetting, scraping, and packing it all down. 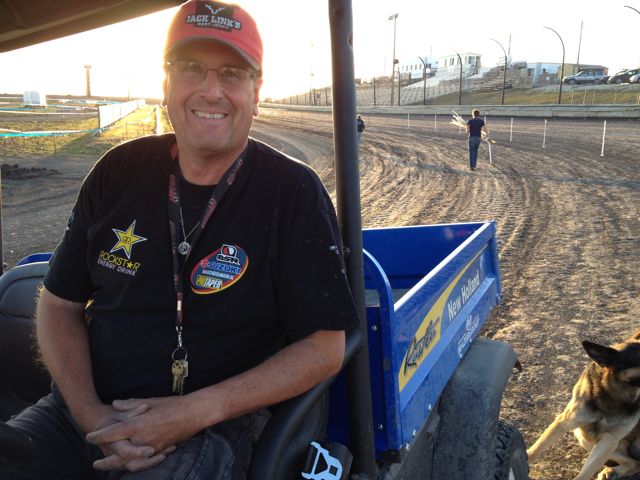 He even enlisted our help to drive laps of the track to pack the surface. Getting to drive my new Fiat 500 on a race track proved too much of a temptation to pass up.

The Dark Lord has put in the lion’s share of the work – including his true passion, the course design. What looks like a terrifying jumble of stakes and ribbon was somehow transformed into a beautiful and rhythmic 3km course that will blow your mind. 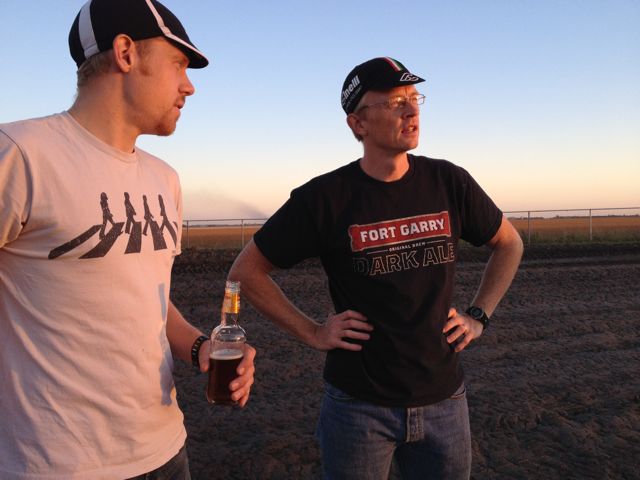 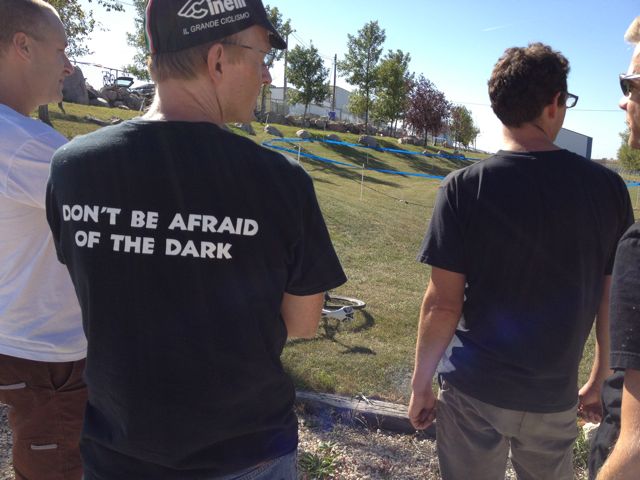 It’s a bit looser and faster this year, with more use of the track and infield for even more opportunities to embarrass yourself in front of the grandstand full of spectators.

And of course there is the Qualico Flyover. Lord almighty it is really something! After being built out at Mike’s place in the country, it was dismantled on Thursday, loaded on a trailer, and careful reassembled in place in what could only be described as a right proper Mennonite barn-raising. It was a lot of work taking pictures of people doing that. 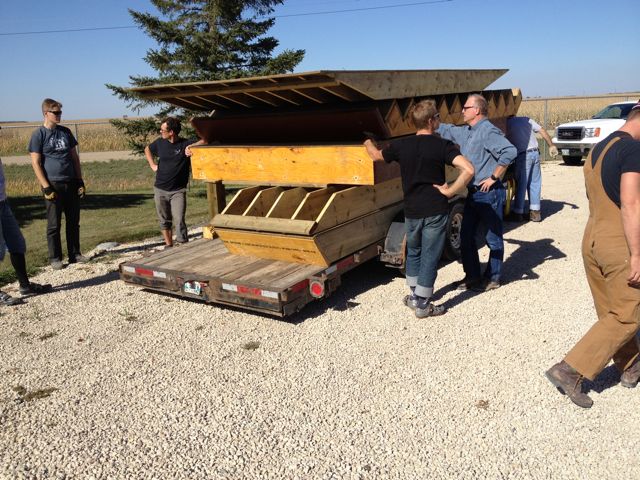 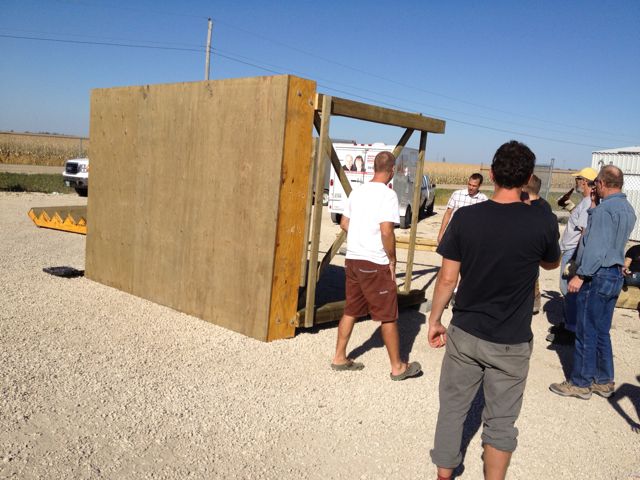 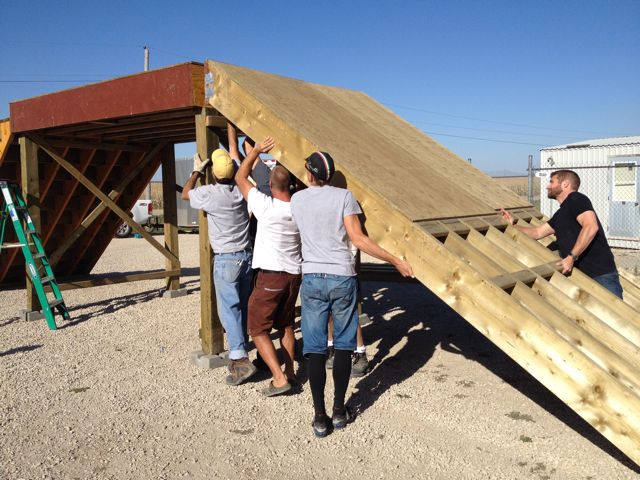 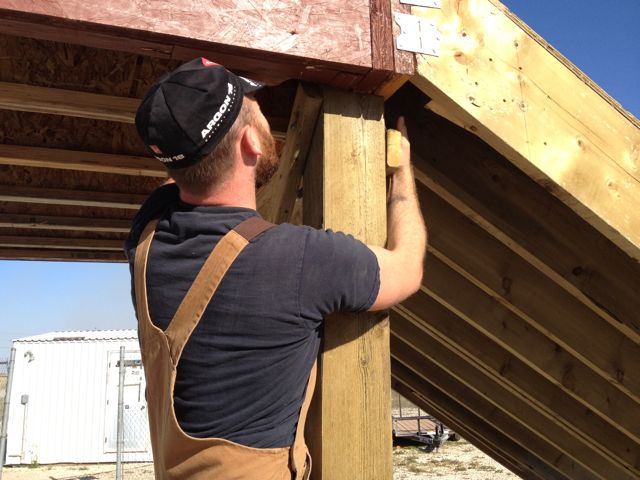 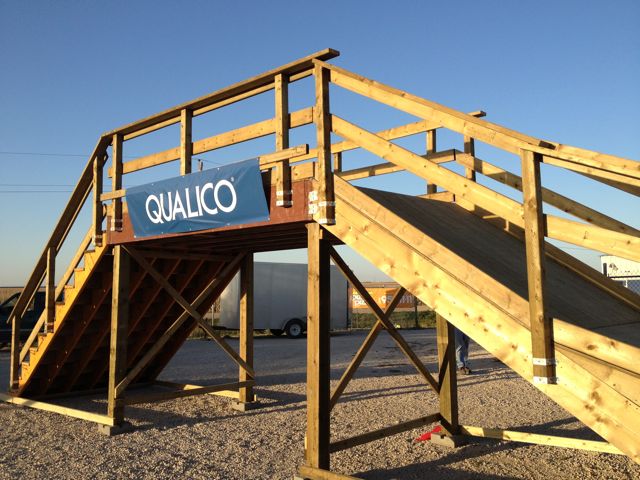 It’s much bigger in person than it seemed in pictures. Standing at the top, looking down is daunting. Then I was told Mike’s seven and nine year old kids had been riding down the ramp all week so I had to try it. I borrowed David’s bike, and gave it a go.It’s pretty alright. 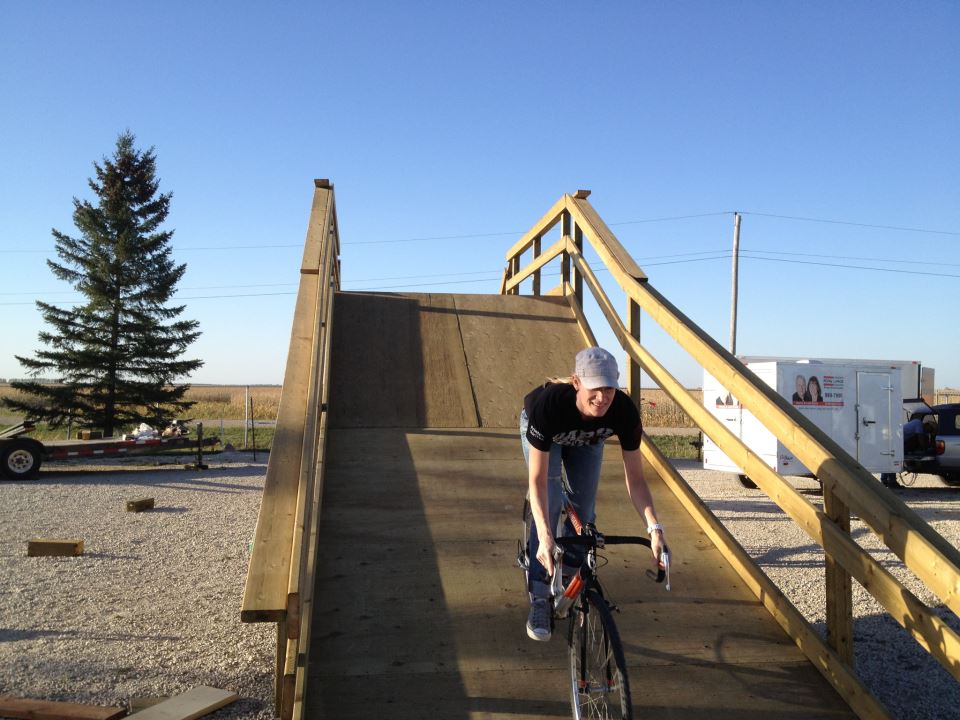 The hype machine has also been hard at work, doing posters, banners, bells, t-shirts and whatever else needed to be done to promote the awesome that is Dark Cross. 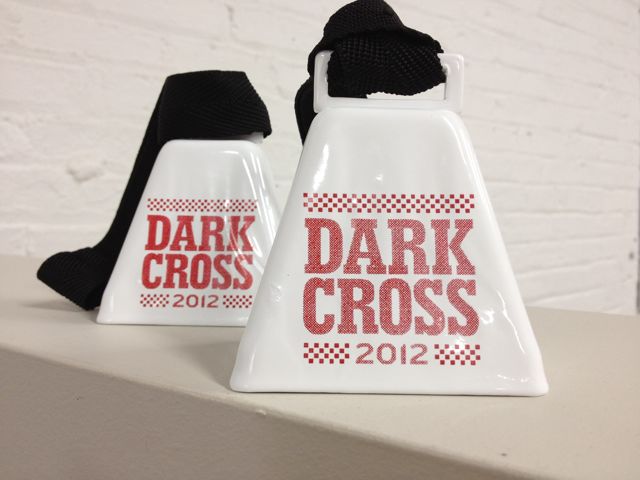 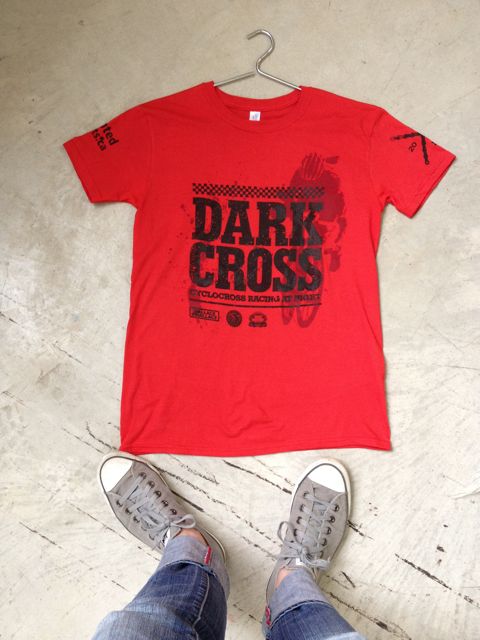 C
Including postering the boys biffy. I can’t believe you guys pee into that thing. Together. 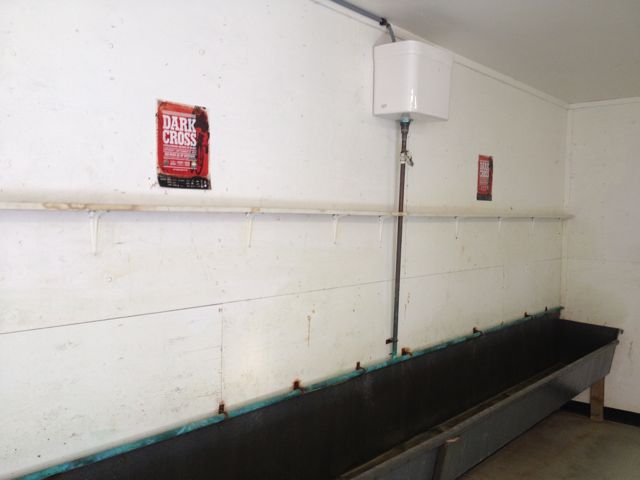 We even have a podium this year. How fucking pro is that? 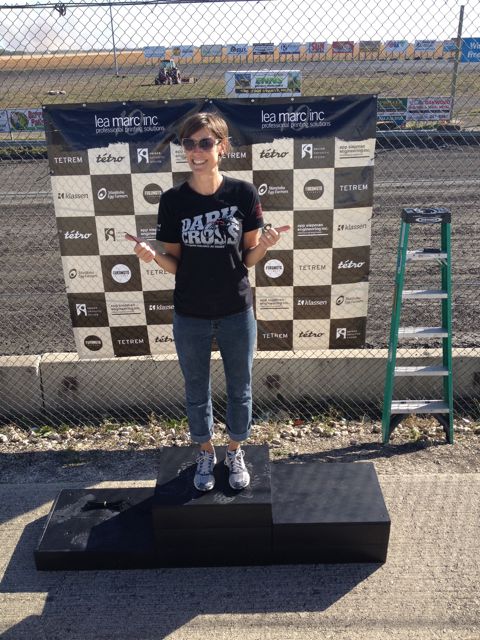 We had a huge crew out yesterday to help. Very huge. In addition to making for a very fun day, it made much smaller work of the enormous task of putting everything together. 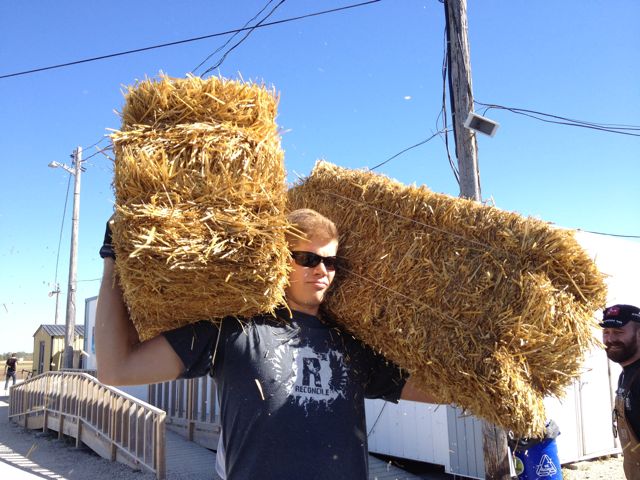 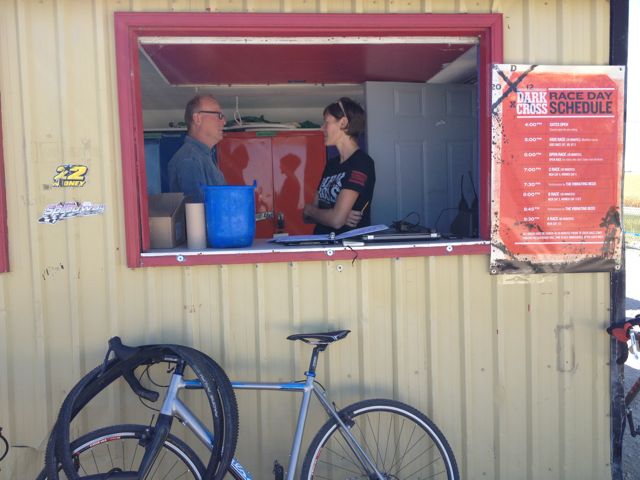 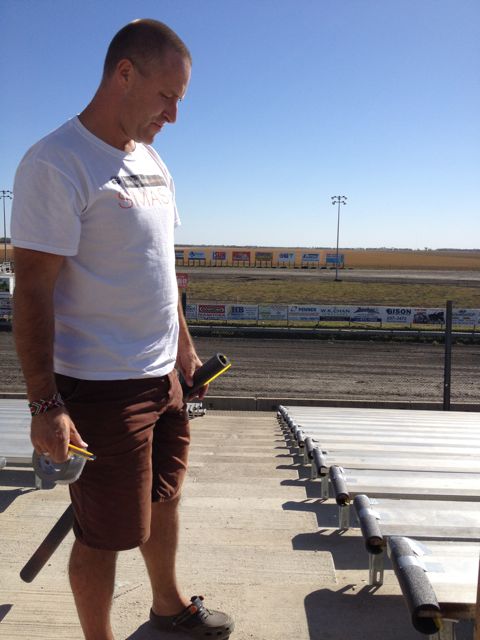 Work is hard. Very hard. So it is important to take breaks and rehydrate regularly. 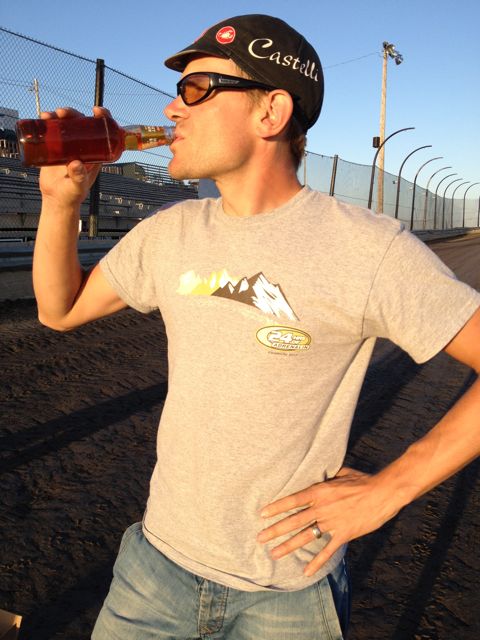 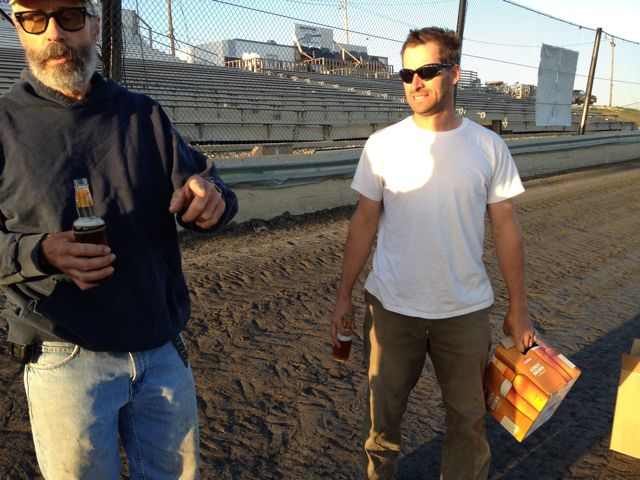 Gotta run, there’s lots more to do. The crew starts up at 11am and we will work all day until it’s done.  Oh and I suppose I should get my bike ready to race too.

← How Tweed it is
DarkCross: The Greatest Show on Dirt →