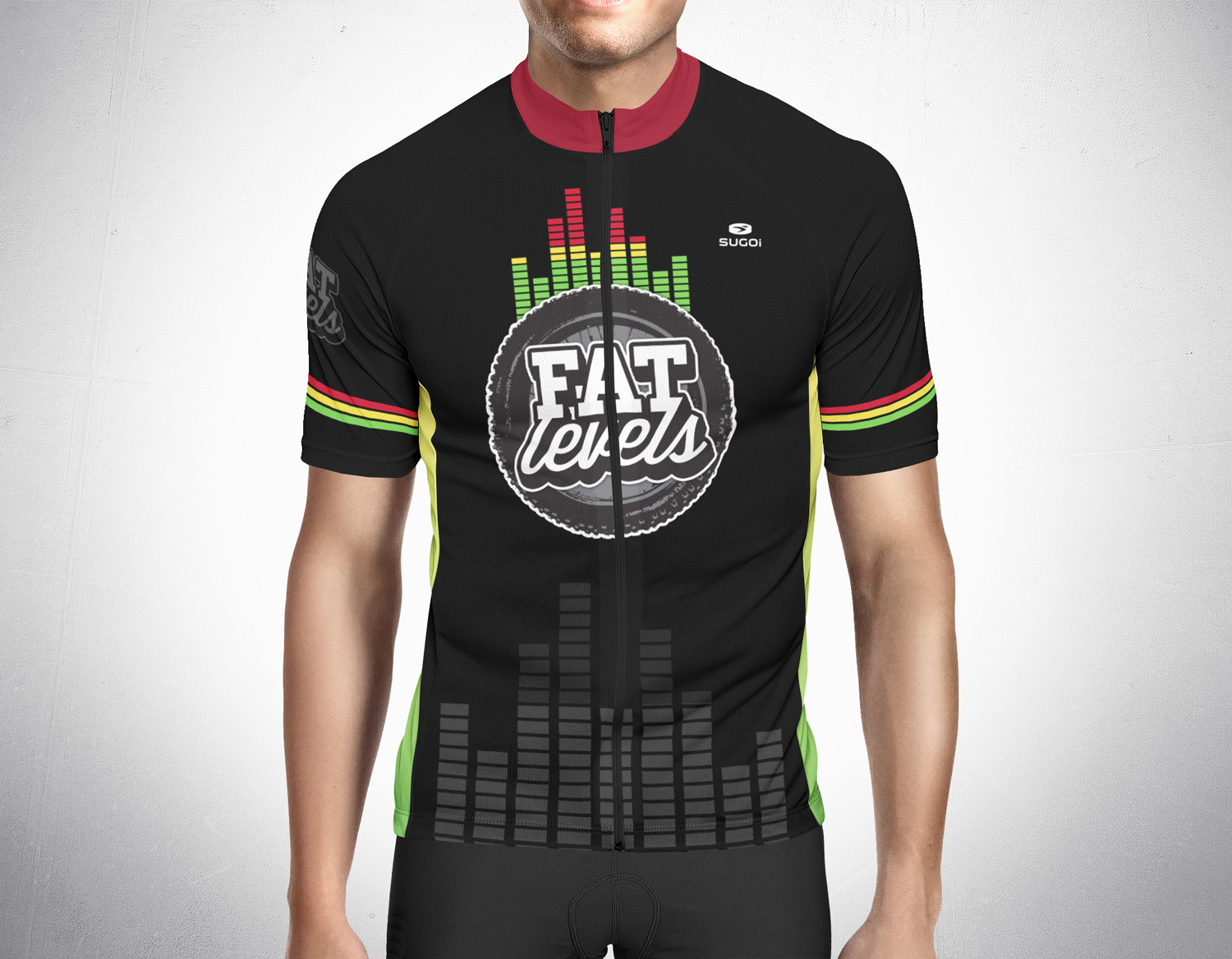 In addition to an excuse to regularly wear spandex without fear of judgement or condemnation, cycling has brought many positive things to my life. Among the most positive is the company and friendship of people who would otherwise would have nothing to do with me, if our paths even crossed in the first place.

Take Adrian and Liam, a couple of multitalented, hip young dudes who specialize in bike trials and spinning house, D’n’B, and jungle records. And yes, I stole that from their website and have no idea what it actually means. Together they are Fat Levels, and I was honoured when they asked me to design a bike jersey for them. 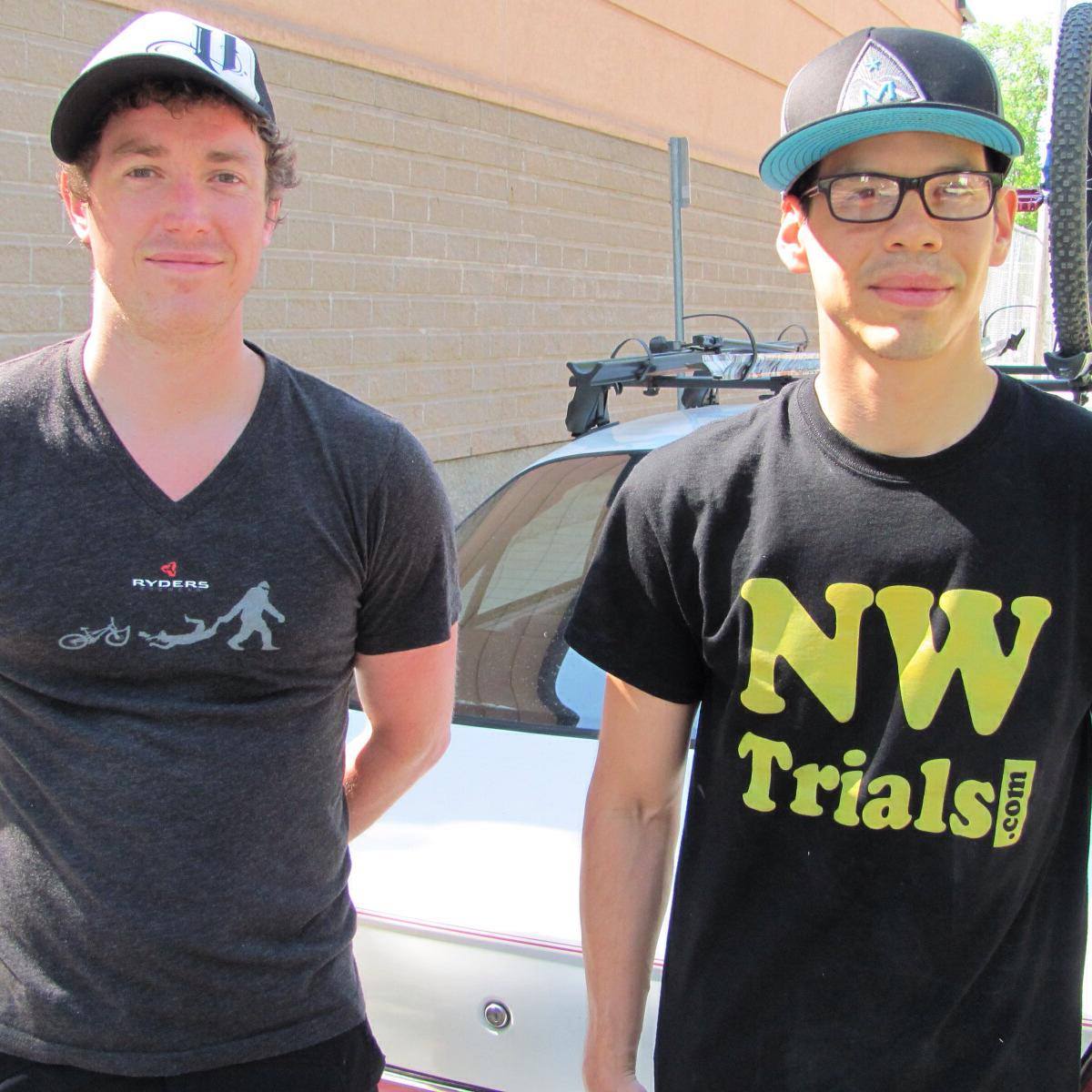 Bike trials is a sport where the rider maneuvers a specialty bike (often with no seat) through a series of obstacles without placing a foot on the ground. This requires incredible skill, balance, and no small amount of insanity. The most famous example is Scottish phenomenon (as in the fact that he is still alive is phenomenal) Danny MacAskill. Or Danny MegaSkill. Or, if he lands badly, Danny Mac Ass Kill. Is this thing on? I’ve got a million of ’em.

I’ve had the pleasure of watching Liam and Adrian do trials demonstrations on several occasions, and it never ceases to amaze me that they can do the things they do without ending up in full body traction. They balance on one wheel better than I can balance on my Manolos, and jump over picnic tables while I have to do a full dismount to get over a curb.

Last winter we did a presentation about Actif Epica for two rural schools, to show the kids that even grown ups do crazy things that make no sense at all. My pal and fellow participant JP and I talked about the equipment and fortitude necessary to complete a 130km endurance race in the dead of the bitter Manitoba winter. This was followed by a trials demonstration by Fat Levels. 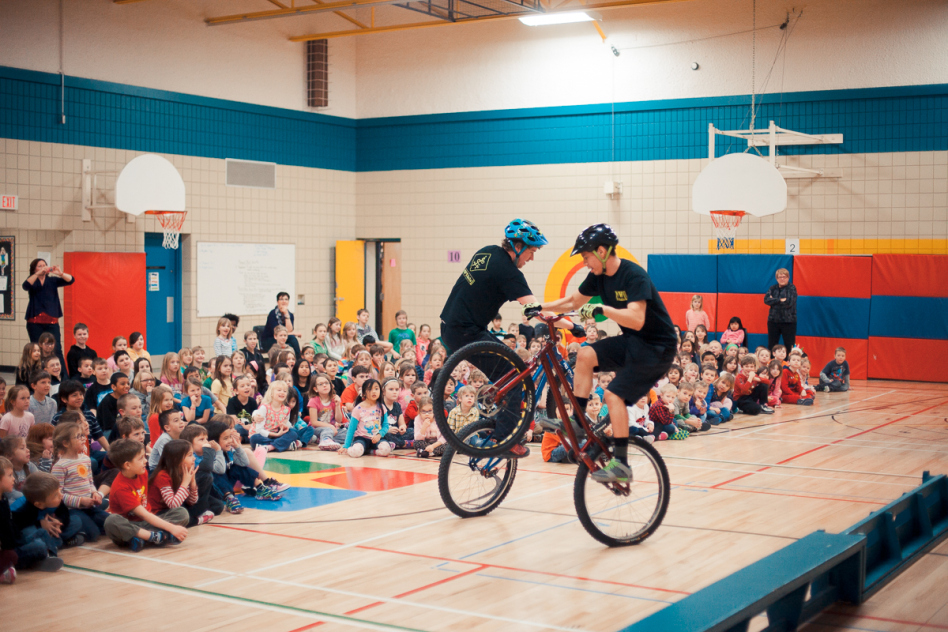 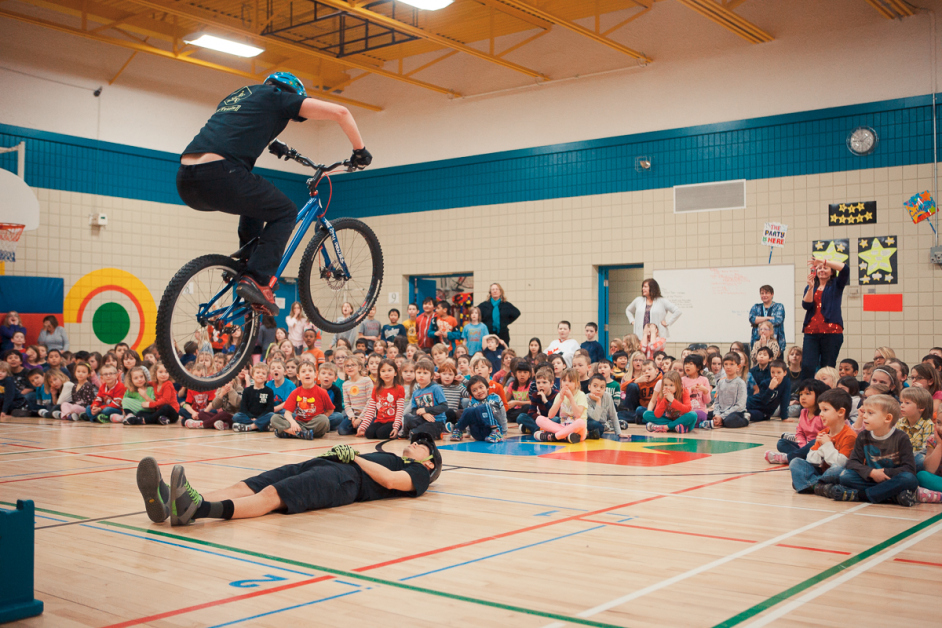 The kids went berserk. Apparently jumping five feet in the air over your buddy’s private parts with a bike is way more interesting than the caloric intake for optimal performance in sub-zero temperatures. Go figure.

The other core business activity of Fat Levels is spinning sweet tunes for parties and other events that I am too old and square to attend. I would tell you all about what they do as DJ’s, but I would really just make a fool of myself. So I’ll show you this sweet picture instead. 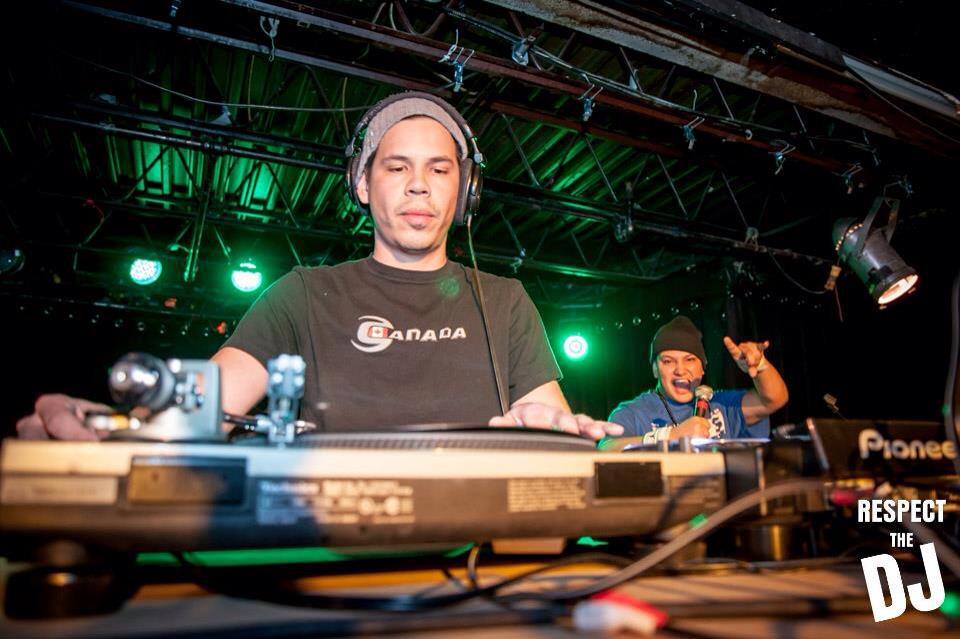 When Liam and Adrian approached me to help them with their jersey design, I was happy to oblige, for several reasons:

1) They had a clear idea of what they wanted, and it did not suck.
2) They were prepared and organized.
3) They did not expect it to be free.
4) They are really nice and really cool.
5) ME = cool by association.

I can’t take much credit for the basic design, since Liam and Adrian already had it pretty dialled in, with the help of Justin Larrivee, who also did their logo. So with the help of my minions, we pimped it up with some extra little touches, but otherwise stayed true to the original vision. One of the things I love about this jersey is the concept behind the colours. And no, they are not meant to be Rastafarian, although that’s mighty cool too. Adrian’s father is a native of Guyana, and the red, green, black and yellow are from the Guyanese flag. I would tell you what all the colours mean, but you can Google it yourself. Adrian also explained that the order of the colours has significance in terms of acoustic levels. So clever.

Most jersey design tends to be more style than substance, so when I see a jersey that looks great and has an interesting concept behind it, I get pretty excited.

The image at the top of the post is just a mock up on some random skinny guy we grabbed off the street. It helps to have minions with black belts in karate AND mad Photoshop skills. The real things are in production with the good people at Sugoi Custom and I can hardly wait to see them for reals.