Exposed: What’s in YOUR Fridge? 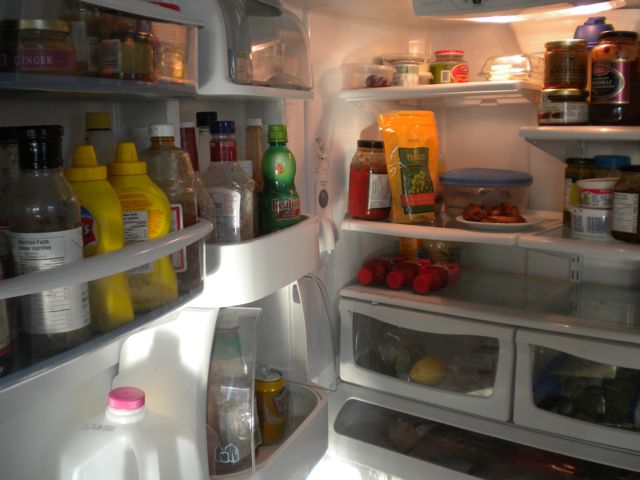 What better time than the start of the New Year to attempt, once again, to conquer bad eating habits and replace them with blander and less fattening ones. This is generally a daunting and ultimately futile undertaking, so I figured I would try something different this year and start the task of cleaning up my diet with cleaning out my refrigerator.

Here is what I found: 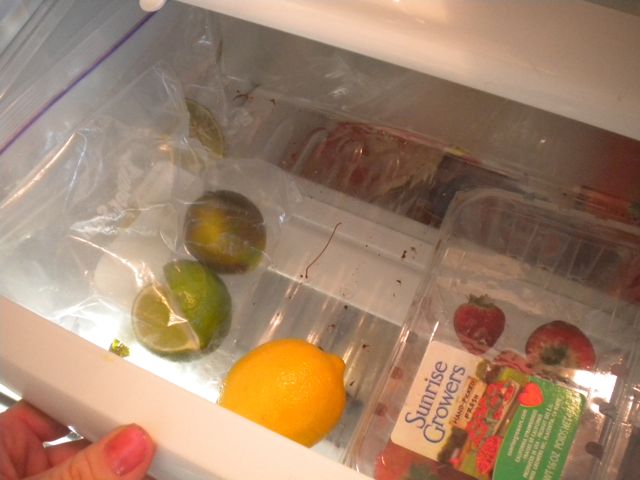 The crisper of shame. 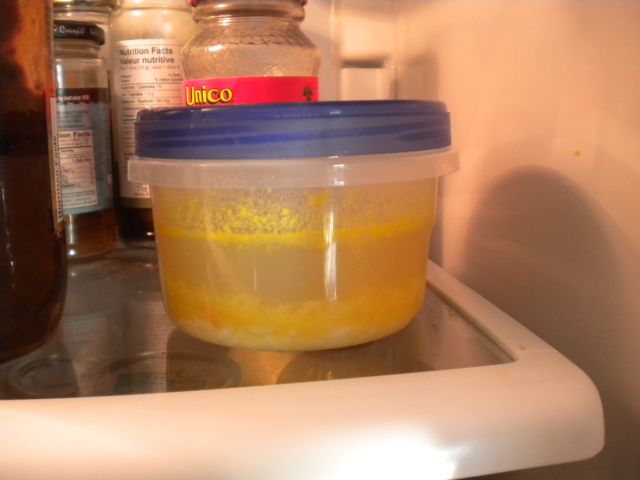 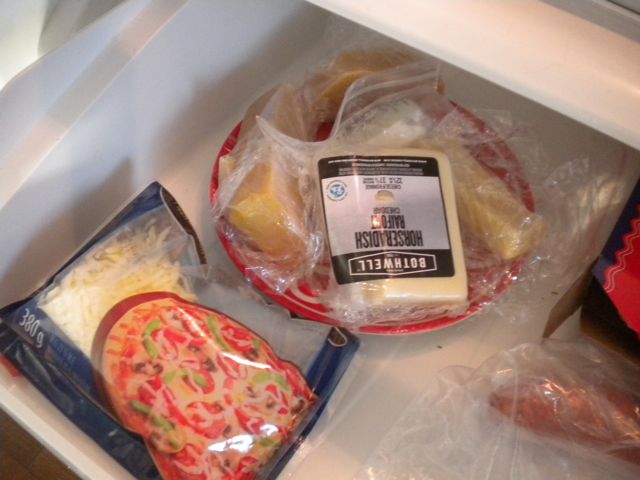 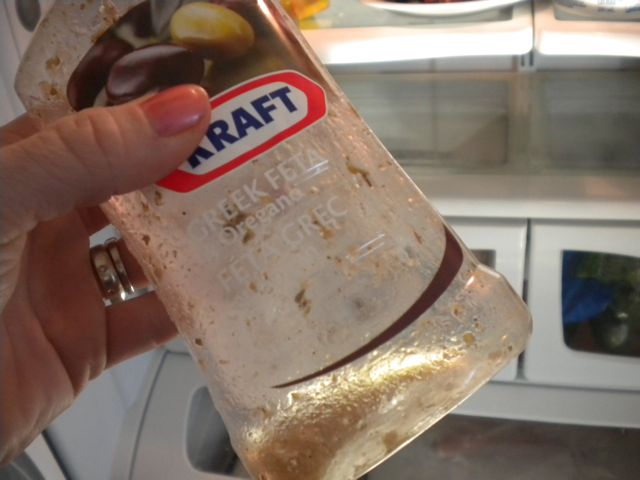 Empty containers put back. Makes me want to throw a chair.

Thank goodness for the juice boxes and spinach, otherwise Child and Family Services would come and take my children away. And I wouldn’t blame them.

How did this happen? To be fair, over the holidays we had little occasion to eat at home. And when we did, after all the huge and rich holiday meals we stuffed into ourselves, all we were in the mood for was cereal and popcorn.

And the condiments? Well, I love to cook, and my cookbooks seem to be full of recipes that require things you normally have on hand, with the exception of one oddball item that you have to go to buy, usually in Chinatown. I have oyster sauce, hoisin sauce, fish sauce, red curry paste and every kind of chutney you can think of. I even have a small jar of caviar that has likely hatched into tiny sturgeon by now. But if you asked me to find the recipes I bought these things for, I would be clueless because I rarely make the same thing more than once. So all 42 condiments sit in my fridge, unused but for the minuscule amount called for by their now lost recipes.

Being someone who slowly and painfully took up fitness in order to fit into her pants (or rather the skinny bitch sitting beside her on the bus‘s pants), I always figured being very active was a carte blanche to eat whatever the hell I want. For the most part this has worked reasonably well. I am about 30 pounds lighter than I weighed in high school, and my high school self would have hated my current self’s ass with a passion.

But lately my goal has changed from fitting into skinny pants to being stronger and faster on my bike. Or more to the point, to kick some ass. And while I can rock a pair of Parasuco jeans I could only dream of getting into ten (okay twenty) years ago, I am far from kicking anyone’s ass, and probably outweigh many of the gals I race with by some thirty-odd pounds. At 5 foot 9 and change I can be excused some of that, but certainly not all of it. Some of it is genetic, some of it is an inability to deny myself the things I love, which unfortunately do not include fruit and vegetables. If bread were a fruit, I’d look like Karen fucking Carpenter.

So I spent the afternoon cleaning out the fridge, which I know was the easy part (except for emptying the unidentifiable stuff in the tupperware containers). The real hard part will be setting a realistic target for myself, coming up with a plan to achieve it, and then, most importantly, sticking to it. Which will be unpleasant.

But when your goal is kicking ass, the first ass you have to kick is always your own.