Feet Climbed – 1,800 feet
Max Speed – 40.8 mph
Trip Time – 4h 20 min
Packed up this morning to head back to Tombstone. The sun was shining again and the forecast was warm – 26 degrees. Winds were expected to die down a bit, very good news. After our morning pilgrimage across the parking lot to the Safeway Starbucks, we walked back to the hotel for a nice lighter breakfast. A nice change from the enormous pancakes, eggs and sausages that we have been fed all week. Despite the enormous milage we are getting this week, I am quite sure I will finish the week up a few pounds. We eat almost constantly, even on the road, with SAG stops every 20-25 miles, plus lunch. 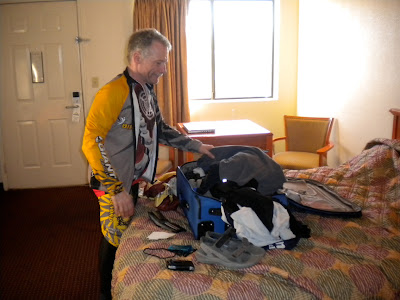 We started out of town with a slightly larger group than the four of us, riding with Diedier and Taya, as well as the “other Michelle” a recumbent rider from Alabama or somewhere so deep South we are a bit of an oddity to each other. She even calls us y’awl. It’s nice to have some extra company along for the ride. We ran an easy paceline to the first stop, only stopping once for a pee at the side of the road. My legs and butt are getting pretty scratched up from all the prickly stuff we have to navigate to been hidden from sight. Starting to not care as much anymore and also getting better technique as well. Not a skill I was expecting to acquire on this trip, but I am sure it will come in handy. 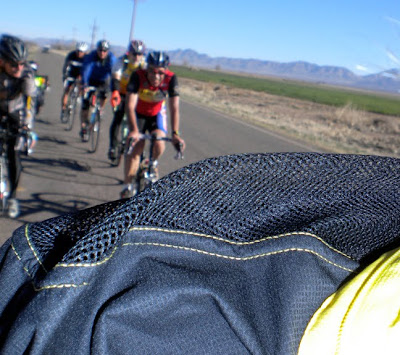 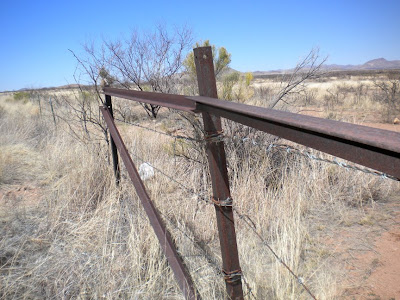 The winds were very calm so we were able to hold a good pace with minimal effort. Also a relatively flat road until lunch time. First time in a few days we’ve been able to strip off leg and arm warmers and enjoy the sun and heat, After a huge and delicious lunch we took off again, a bit more wind leaving, but eventually we turned and had the wind at our back. That, combined with a slight decline, meant only one thing. Hammer time!!! Ben and I swung around the group and took off down the road, flying!!! After a few minutes of that Scott came tearing up the road and passed us, so we upped the pace and the three of us hammered that road until I couldn’t take anymore and called uncle. Boy, that was fun!! We’d have one more effort like that later in the afternoon. 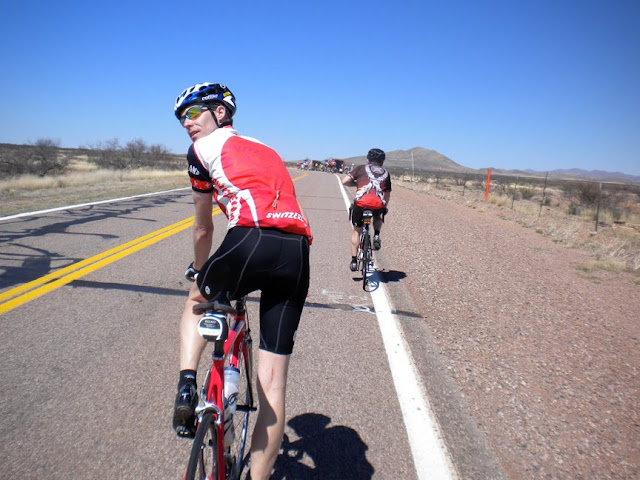 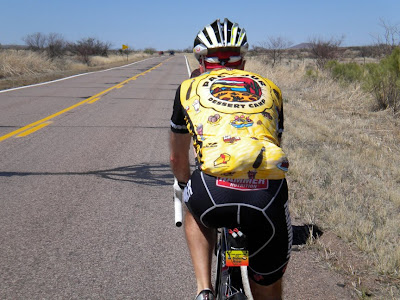 At one point we saw something going on up the road. It was the PAC tour van and trailer stopped at the side of the road, as well as an ambulance. The group went quiet. As we carefully rode by, Lon let us know someone (Peter) had gone down and hit his head pretty good, but was ok. The story now is that perhaps Peter lost consciousness before he went down, maybe a heart arythmia or something, and fell into another rider, who also went down. Peter was unconscious for a few minutes, but was lucid and able to answer questions after a while. He has no recollection of the crash. He was brought by helicopter to the hospital back in Tucson. The other rider trashed both wheels and broke his thumb. A sobering accident. The road conditions were perfect there, somewhere you would not expect an accident. We found out later he broke his collarbone and scapula, as well as some ribs, and punctured a lung. He will have to stay in Tucson until he is well enough to fly.

We arrived in Tombstone 45 minutes before we were able to get into the hotel, and since we didn’t have any luggage with us we decided to go to town for a beer. Some folks preferred ice cream, and in the end we were all able to get what we wanted. It was St. Patrick’s Day, I had completely forgotten and was wondering why everywhere we went we were offered corned beef and sauerkraut. We sat in the sun on the patio each enjoying our recovery treat of choice, pleased with another great day of riding. The leg is holding out well so far thanks to sheer will, plus a good rub down each night to keep my quad from ripping my knee clean off. 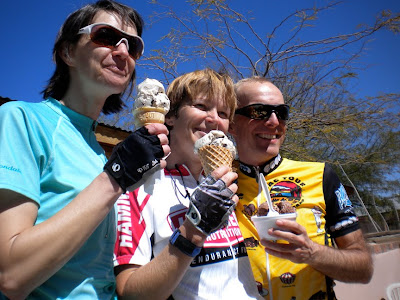 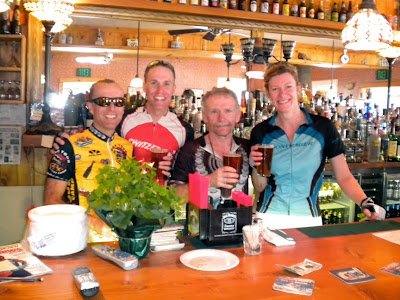 Tombstone is a strange place to say the least. Dining is an interesting experience and has been a bit of a challenge for our two vegetarian friends. They are so good natured and patient despite the fact that these small Arizona towns are all about eating cow. As much as I feel sorry for them, I feel sorry for myself because although I do have more options, the food is generally terrible. You’d think that in a place where steak reigns supreme they would have more of a knack for cooking it properly. But prices are good, portions to suit a caveman, and the service is always friendly. The restaurant we ate at tonight (one of about 700 “The Longhorn” restaurants in the area, was no exception. Ben ordered a slab of ribs of comical proportions. Ben is not a large man, but he did an admirable job of the meal, and likely won’t need to consume protein of any kind for a while. 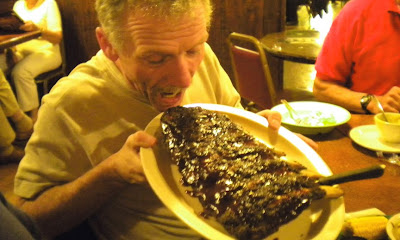 A treat tomorrow, we don’t have to move. We will ride out to Bisbee, a substantial climb I’m told, then do a loop to Sierra Visa and back to Tombstone. It’s nice to not have to worry about where we’re going. Each morning we just hop on our bikes, follow our maps and ride. Life is good.