BTWD – A Day in the Bike Lane 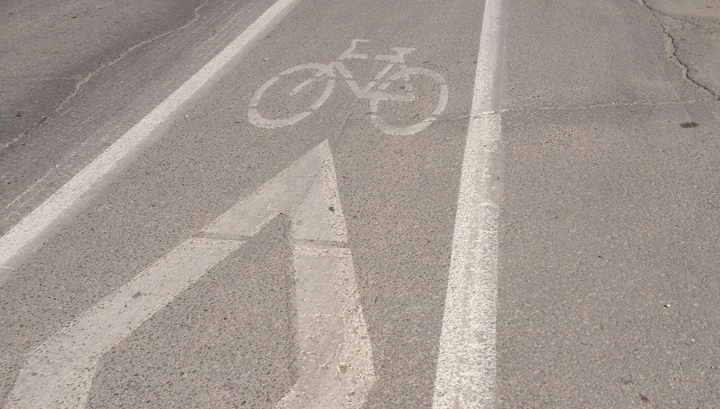 Last Friday was Bike to Work Day in Winnipeg: a day in which we celebrate the act of dragging oneself to the office on two wheels instead of four. As a relatively new commuter, I am far from being an expert on the subject – but as you know, if there is one thing I am good at, it’s publicly and enthusiastically demonstrating my lack of cycling knowledge to the world. As part of the CBC’s coverage of the day, I was one of three people charged with riding from an outer edge of our fair city to the CBC radio studio downtown for a live radio interview. Here’s how it all went down.

6:30 a.m.
I rolled out of bed, deflated my pneumatic compression boots, and headed downstairs for my usual breakfast of 25 energy gels, some coffee, and a deep-fried turkey. It was going to be a big day.

7:00 a.m.
Klassen arrived with his new steed –  a Specialized hard-tail something-or-other. If he thought his fancy new carbon bike – or the fact that it was his birthday – would have any bearings whatsoever on the outcome of the morning, he was sadly mistaken. 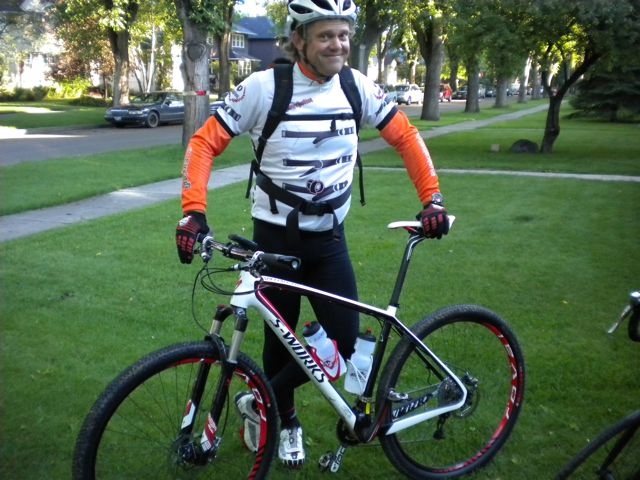 7:10 a.m.
After a 10 minute neutral start, we pulled over for the first CBC phone-in interview. We waited at the side of the road for an eternity as I listened to them interview a woman from Transcona who was being terrorized by a murder (yes, a murder) of crows in her back yard. When I was finally on the air they thought I was already at the pit stop – but I wasn’t, since I had spent the last 10 minutes on the side of the road listening to a woman talk about crows. 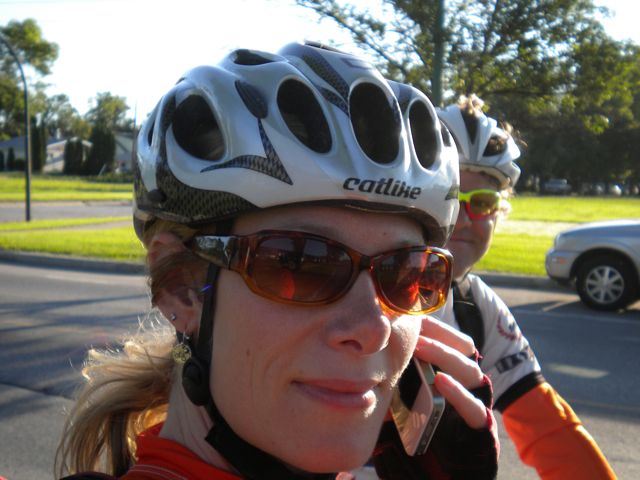 When the host asked what I do to freshen up at work after commuting, I reminded him that girls don’t sweat, so it’s not a problem. Horses sweat. Men perspire. Women “glow”. Everybody knows that.

Next I was asked what my commuting pet peeves are. I answered that my latest pet peeve is other cyclists who ride like idiots and make the rest of us look bad. Perhaps that was the wrong answer. I wish I would have added how much the lack of fresh paint on the bike lanes pisses me off. If the only “infrastructure” we have for cyclists is some painted lines on the road, it would be nice if they took the time and trouble to repaint them once in a while so they are actually visible. Seriously people. It’s only fucking paint. 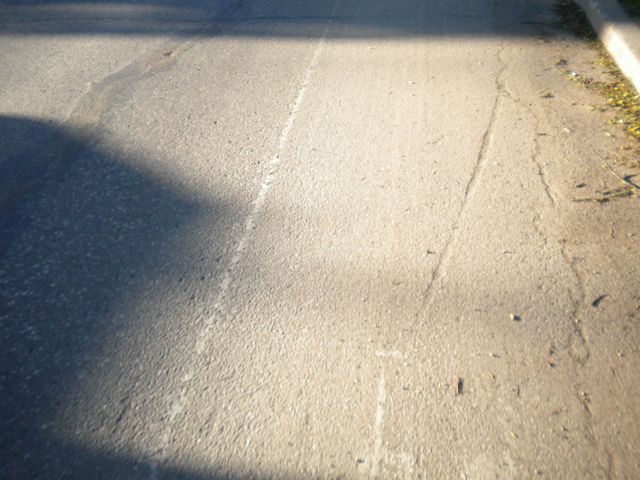 7:25 a.m.
Got rolling again, now very concerned about making it to the Bishop and Dakota pit stop and then to the CBC by 8 a.m.. I wasn’t familiar with the route, so some off-road cyclocross action was required to get us through the Jubilee cloverleaf in a hurry. Some trespassing may or may not have been involved.

The leisurely commute had turned into a full-on, balls-out race through traffic – probably not what the CBC had in mind for my commute. The Assassin pulled out his monster suit and put the hammer down with me stuck to his wheel like a dog turd. 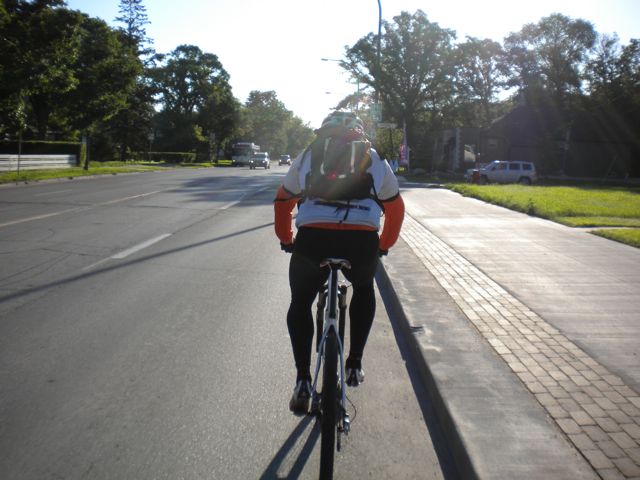 7:40 a.m.
We arrived at the MCA pit stop and  said some brief hellos to Twila and Currie. At this point I was “glowing” like crazy, so we stripped off some layers and concocted an alternate route to get us to the CBC studio in the shortest amount of time possible. 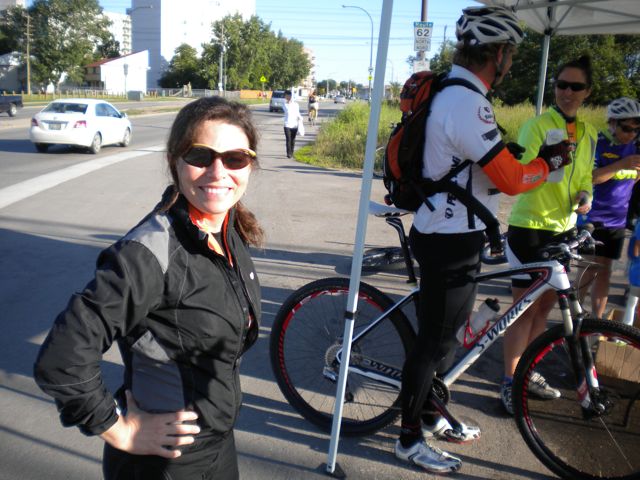 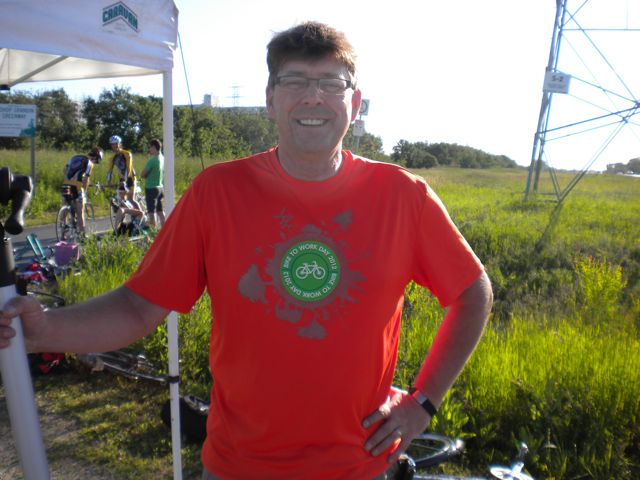 7:45 a.m.
We implemented the contingency plan, which consisted of hammering through rush hour traffic at 40km/h down Dunkirk to Osborne, through Osbourne Village and to the CBC studio for the  live interview at 8:10. Using the lovely shared path was not an option given our lateness. With rush hour traffic and construction, there were indeed some scary moments. The Assassin showed no fear. 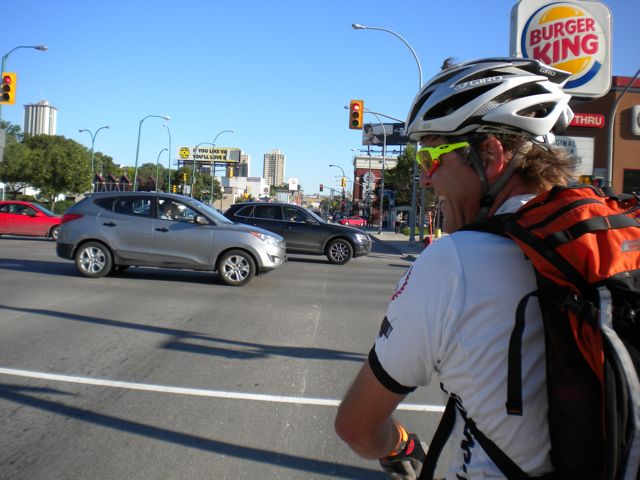 8:05 a.m.
We arrived at CBC with no time to spare. The Assassin agreed to watch my bike in a temporary “neutral stage” as I went in to do my interview. 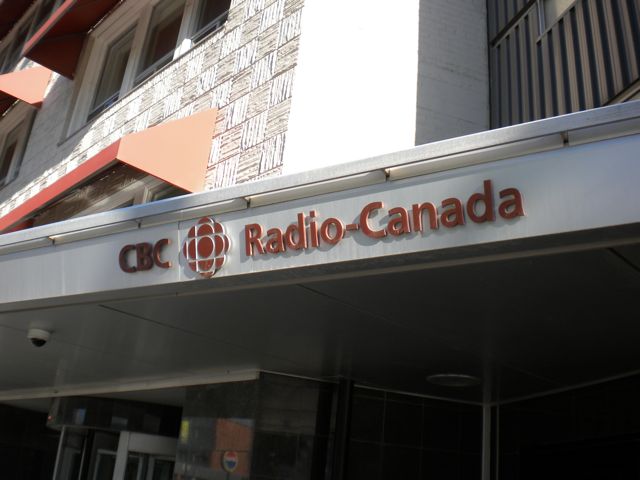 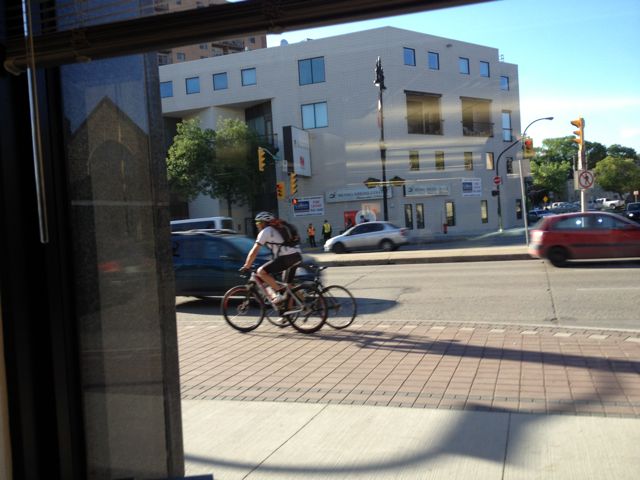 I signed in and was led by a very large man into the Green Room, which is neither green, nor a room. 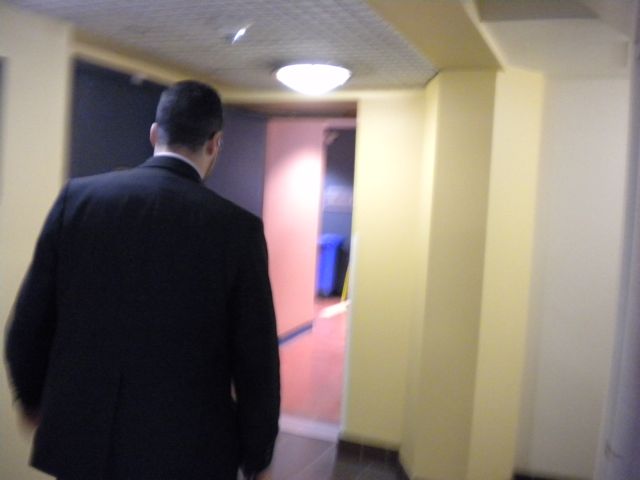 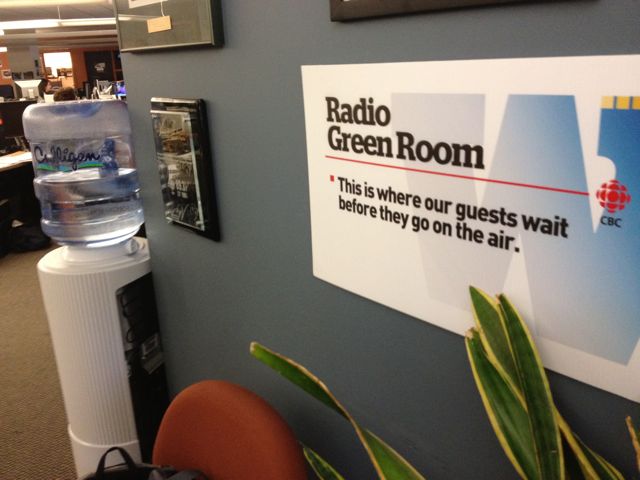 It was here that I met up with fellow commuters Gord Gooding and MCA president Jason Carter, who were also being interviewed. Jason had a rough ride from Main Street and the Perimeter, getting lost as well as suffering an unexpected flat. By some miracle, Mister Phil came to the rescue with a patch kit (I missed most of the story because I was busy fixing my hair). Mister Phil is awesomesauce.

8:10 a.m.
We were led into the recording studio, where we sat and waited as they interviewed a Hutterite man, who was talking about life inside a colony. Listening to the interview, I was struck by the similarity between cyclists and Hutterutes. We are both misunderstood minorities that mostly keep to ourselves – identified by our odd rituals and intense zealousness, as well as our unique attire. 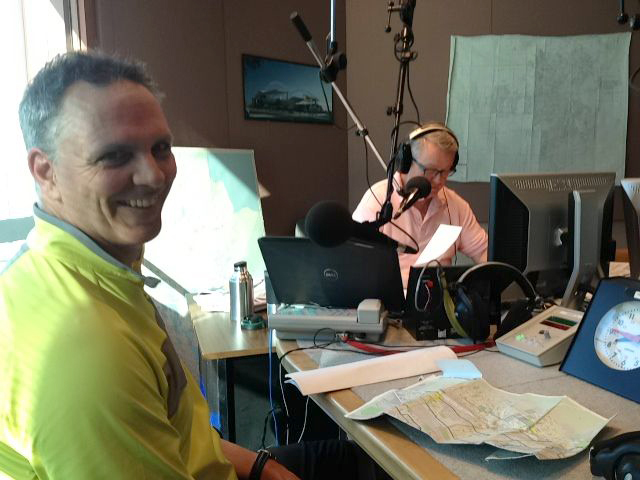 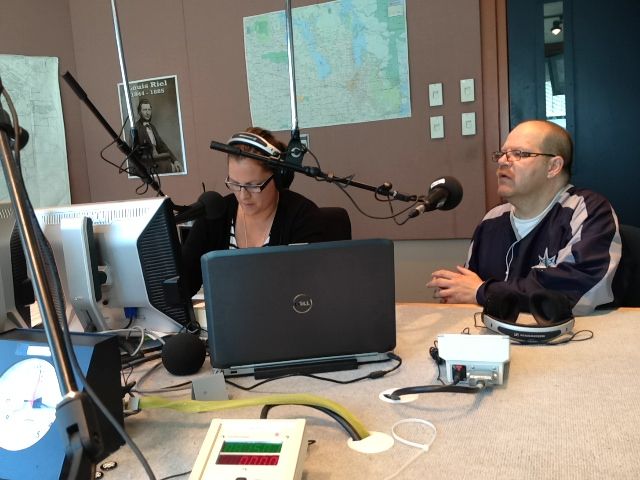 8:25 a.m.
After discussing our various routes and experiences to get to the studio (I may have had to stretch the truth a little), we were done! I’m assuming the interview went well enough because I haven’t heard from any lawyers.

8:30 a.m.
We left the studio and crossed the street to the U of W feedzone for a much-needed breakfast burrito. 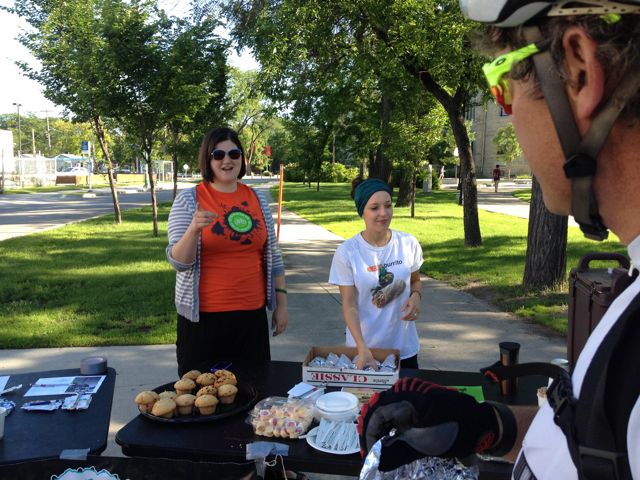 We heard all about the University of Winnipeg Bike Lab, which offers storage and support for students and downtown commuters. They also gave us muffins.

8:45 a.m.
One of the things I was most excited about today was the pit stop at old market square, sponsored by Foklorama, Natural Cycle and (wait for it) Parlour Coffee, who were giving out coupons for a free espresso. Enough fucking around, boys. It’s time for coffee. 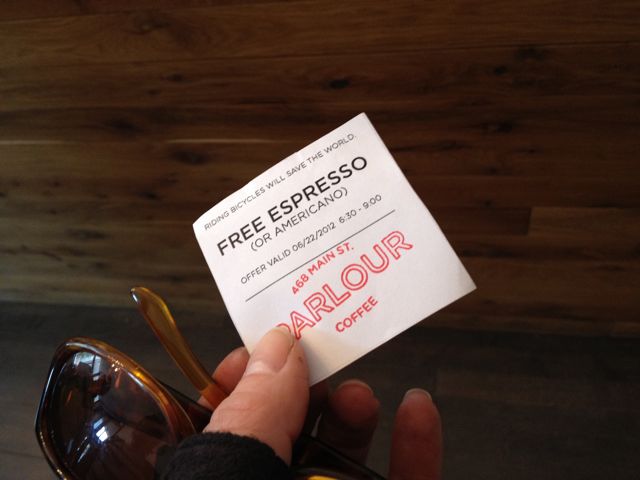 Jason, Randy and I made our way to Old Market square, and were delighted to meet up with Ian Hall and his lovely wife Donna, who were the epitome of stylish urban commuting. 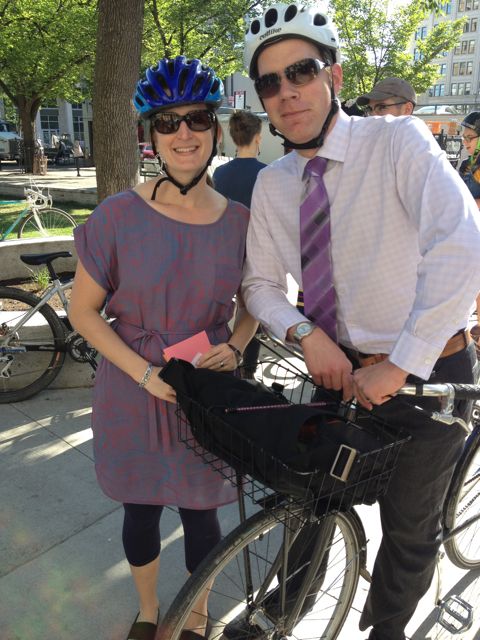 Donna had some great tips for commuting in a dress, leggings and super-cute shoes. 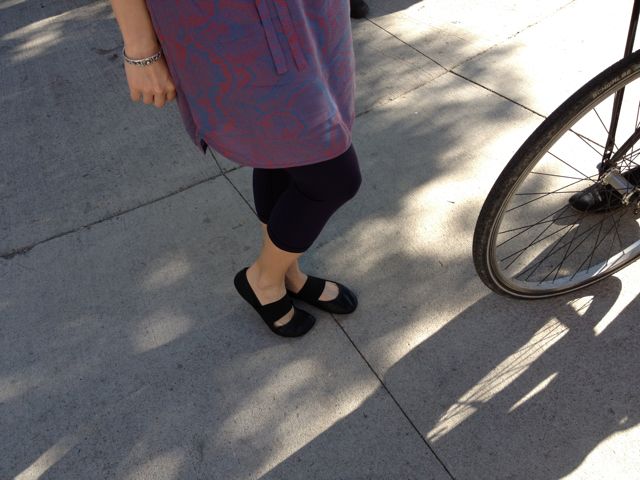 I was not wearing cute shoes. 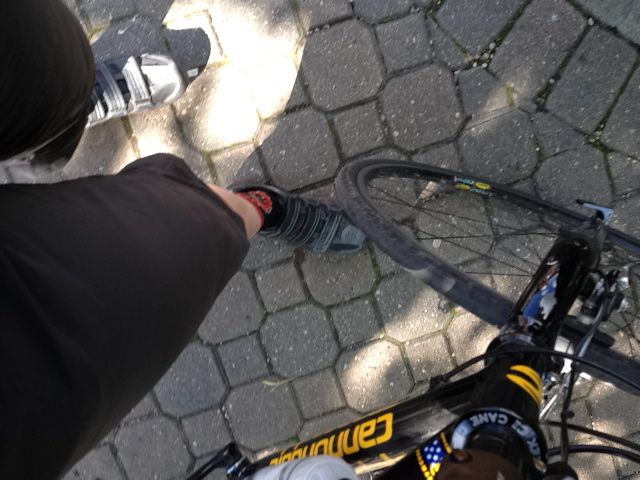 9:00 a.m.
Like pilgrims to mecca, we arrived at Parlour Coffee on Main Street just after 9 a.m.. Jason had brought the Mother Of All Bike Locks and tethered our bikes to a rack, where they would remain for all eternity if he were to lose the key. 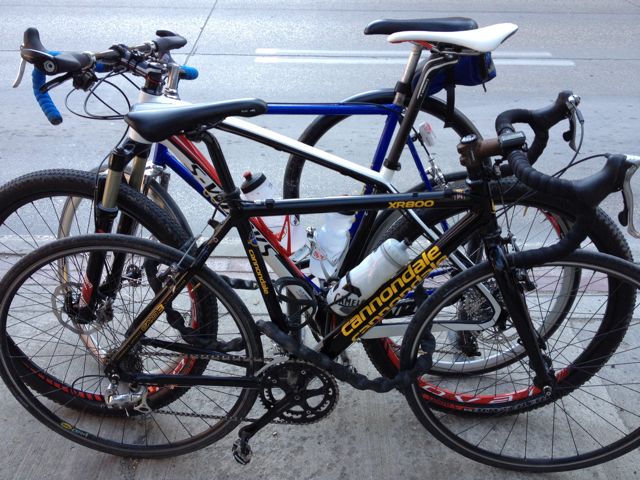 Nils greeted us with a smile, a cookie and quite possibly the best Americano I have ever had in my whole life. 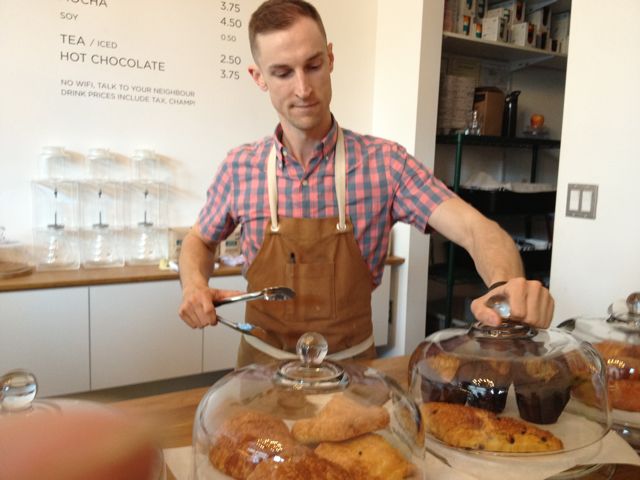 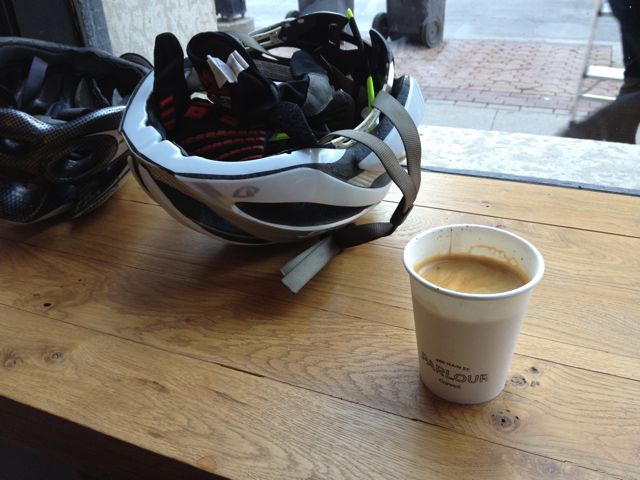 As we sipped our coffees, we decided that this is what it must be like to live in Copenhagen – a city where the streets are filled with bikes, and random strangers smile at cyclists and give them cake. 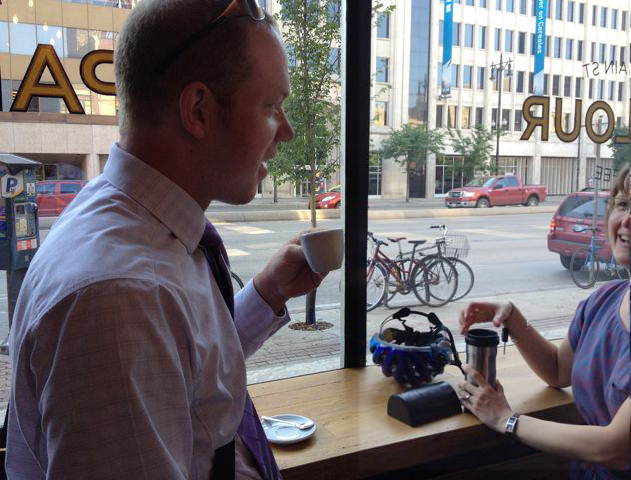 9:30 a.m.
Klassen was wisely celebrating his birthday by spending it on his new bike. He racked up over 200km that day, and I was forced concede defeat. I bid him adieu and went in to the office, where I would pretend to be a normal working person for the rest of the day. Or at least until the ride home. 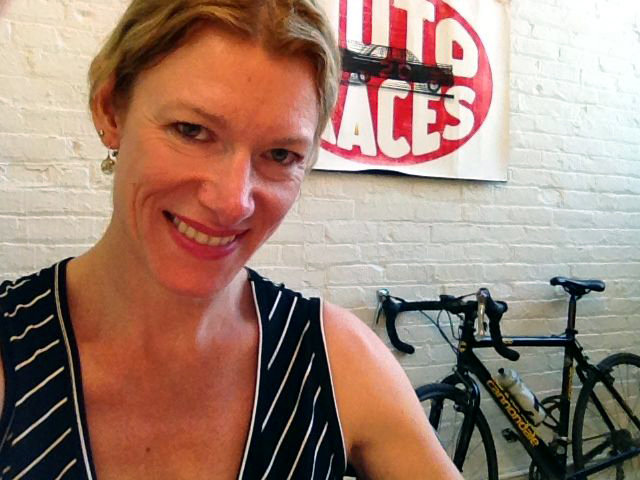 ← Bike to Work Day
Catch Me if You Can →