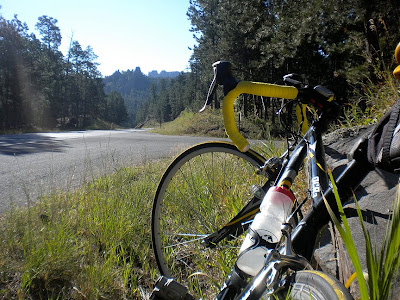 In my opinion, the pecking order of our family unfolds thusly:
1. The Parents

While I wouldn’t consider bringing the mixer or the cat on a family vacation, it seemed only natural to me that the Giant would come along on our recent camping trip to the Black Hills of South Dakota. This did involve convincing a reluctant spouse to allow me to strap a bike to the family car, which was already packed to the brim like a gypsy wagon.
And indeed our car was packed to the rafters, no doubt breaking several driving laws including obstruction of the rear licence plate and a complete lack of backwards visibility for the driver. Nonetheless, the bike was perched precariously on our expensive (yet oddly menacing looking) Swedish hitch rack. The rack often elicits hostile glances from people walking past our car in parking lots as they dodge it’s protruding arms, which I will admit bear some resemblance to a torture rack of sorts. I figure, get off the phone and watch where the hell you’re going and it’s not an issue. Maybe my bike rack is simply facilitating the Darwinian theory of survival of the fittest. 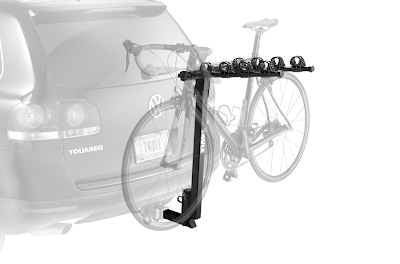 Apparently no amount of clever Swedish engineering could keep the bike from drifting dangerously from it’s perch while hurtling down the Interstate at 130km an hour in a 60km crosswind. Having absolutely no view out the back window, it was only when one of the rack’s rubber support straps slingshotted sideways across the highway that we noticed something was amiss. We pulled over immediately to find the bike at a 45 degree angle to the back of the car, held on by a single remaining rubber strap. The next twenty minutes were spent on the side of the road, attaching the bike to the rack with about fifteen of the mini bungee chords Paul had bought on impulse at the camping store, praying to god we wouldn’t get smoked by a passing semi. 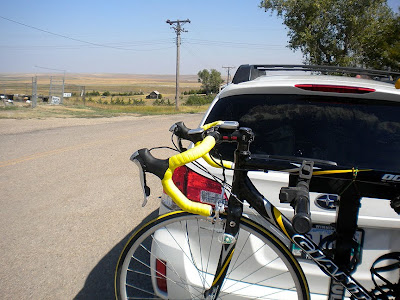 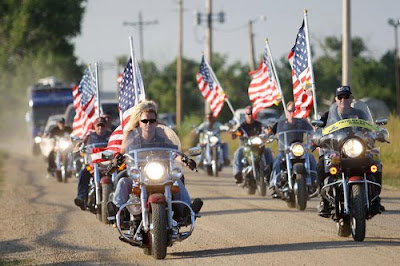 The Black Hills are home to Mount Rushmore, Needles Highway, Deadwood and Kevin Costner’s post-Dances With Wolves sideshow empire. It is also home to Sturgis. As such, you can’t swing a dead Jackelope without hitting a pot-bellied, leather-clad retired accountant and his darling wife on their matching Harleys.
So with group riding out of the picture, the Giant and I were left to our own devices, which included climbing and descending the ridiculously steep hills that litter the area like, well, litter. In the Black Hills, a torturously slow and painful climb is always immediately followed by an equally extreme descent at some 70 km/h with little to no indication of what lies around the sweeping corner at the end. Perhaps a lovely valley nestled in the hills, perhaps death by Winnebago. Descending is the one area of riding where the Giant and I have a fundamental difference of opinion. I think it is fun, the faster the better. The Giant rattles with fear, it’s nuts (or lack thereof) and bolts threatening to shake loose and dislodge at any moment. While I am certainly built to go down hills, with it’s odd geometry and aluminum frame, the dear Giant is not. 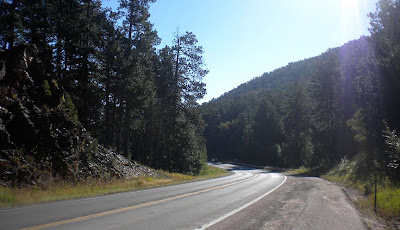 At first I was discouraged by the lack of cyclists on the roads, but the day we visited Needles Highway in Custer State Park, there happened to be an MS Tour going on and there were cyclists everywhere. There are few places more painful to see by car than Needles Highway. The views are incredible and the landscape changes from otherworldly rock formations to Shire-like forest, to open plains, all with winding and spectacularly paved roads that make the roads here look like they were designed and made by preschoolers. 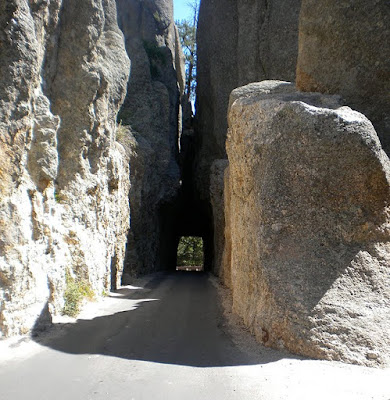 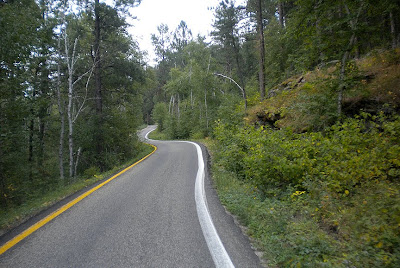 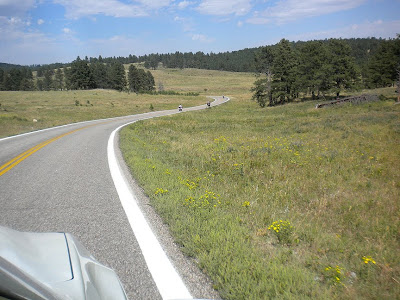 The wife and mother me was absolutely in heaven seeing these sights with my husband and wide-eyed sons. However, seeing rider after rider gliding over these pristine roads while I was stuck in the car, the cyclist me wanted to hit them repeatedly over the head with my spectacular Filzer air pump. (the cyclists that is, not my dear family). 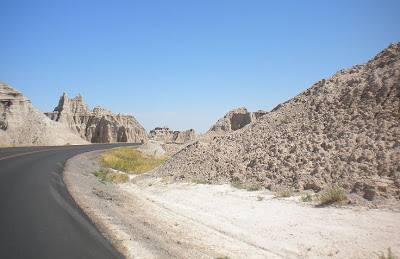 While they say all devout Catholics go to heaven when they die, I am reasonably sure that all devout cyclists go to South Dakota. See you there.