Nordic Cross – Inside Out 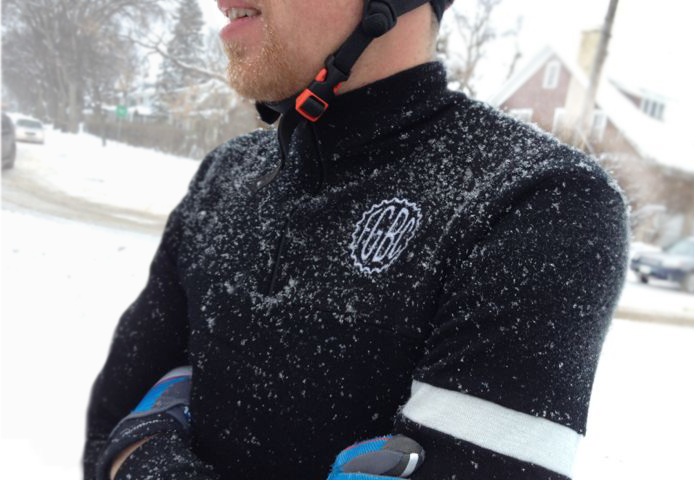 Winnipeg had just been slammed with the season’s first snowstorm, complete with about 25 centimetres of snowfall – which seemed as good a reason as any for the Fort Garry Bike Club to stage the first race of NordicCross – a series of off-the-grid winter throwdowns, including the regrettably immoderate Gluttons’ Cross. This is Winnipeg, after all, and what we lack in prudence, we more than make up for in cheerful disregard of hazardous weather conditions.

Often when I ride my bike in the winter, I am all too aware that the motorists that drive past me think I’m crazy. This time, I am inclined to agree. The roads are unplowed and the roads have the consistency of thick mashed potatoes coating a slick layer of glass. The riding conditions are slippery, unpredictable  and, by any standard, fucking miserable. 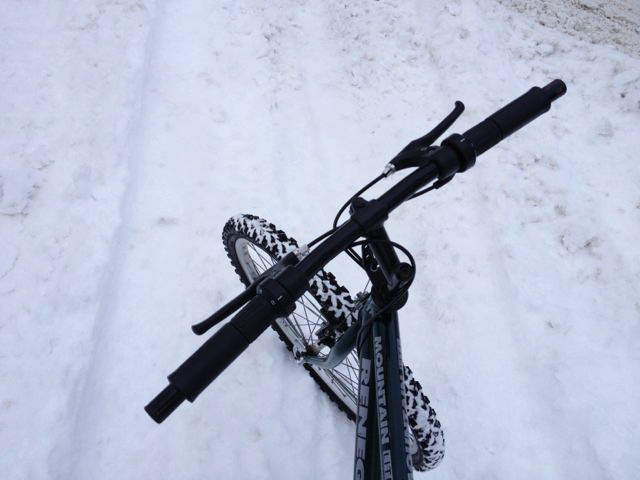 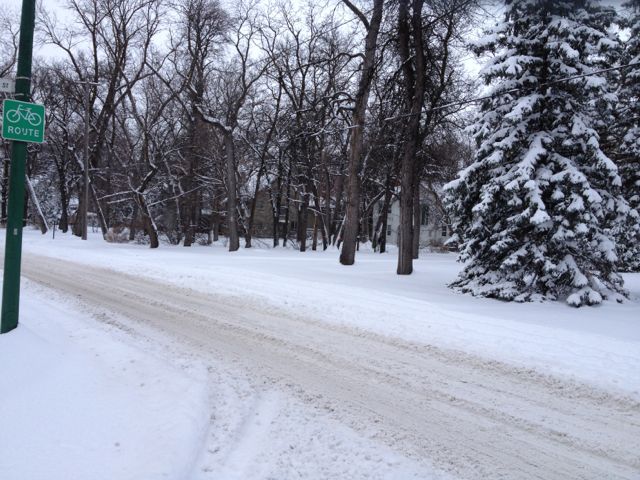 Having been out in the car earlier in the afternoon, and assessed the road conditions as completely treacherous, I decide to do the smart thing and saddle up (literally, because it had no saddle) the Crappy Old Mountain Bike. While it offers me a bit more confidence in slippery conditions, it is only barely heavier with me riding it than not. 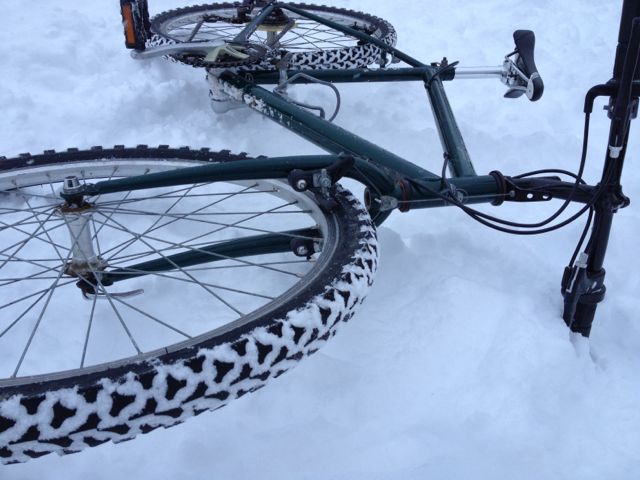 By the time I get to the start location, I’ve decided I’m just going to watch and cheer. Then I find out that the prize is a loaf of Hal’s famous Velo Artisan Bread, so I decide to race – but only because the bread winner will be determined completely arbitrarily so I may actually have a shot. 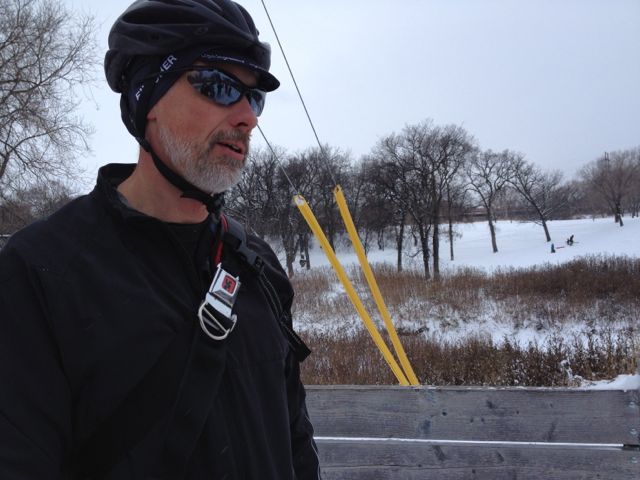 Hal is racing the only fat bike, for which he shall receive mandatory fat bike penalties as dictated by the Rules of Nordic Cross. Actually, that seems to be the only rule of Nordic Cross, and the penalties are vague at best. One of the many beauties of off-the-grid races is that rules and scoring are as irrelevant as they are important. 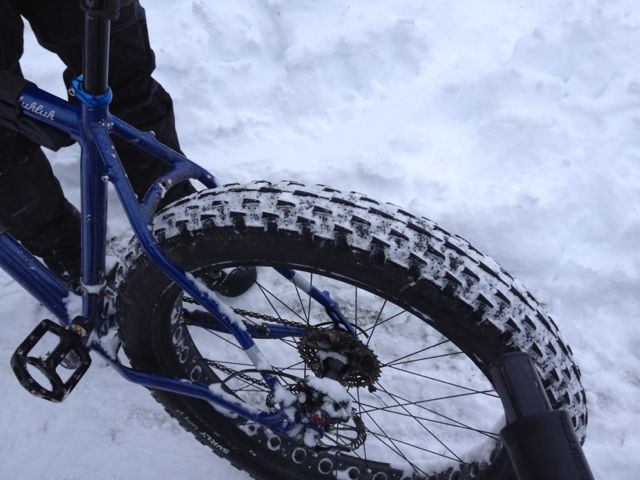 Other than Hal and I, everyone else is on cross bikes, which makes me a little ashamed of my lack of confidence and testicular fortitude. But I am here, in spite of many good and reasonable reasons not to be. 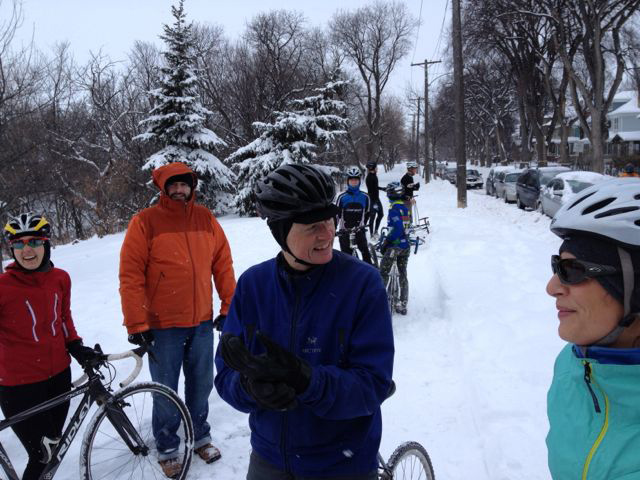 The Dark Lord and defacto race director takes a moment to describe the race course. As usual, I take the same moment to slip into a mildly catatonic state, unable to decipher any navigational instructions. Then I hop on my Crappy Old Mountain bike with no inkling of where I’m going, and hope for the best. 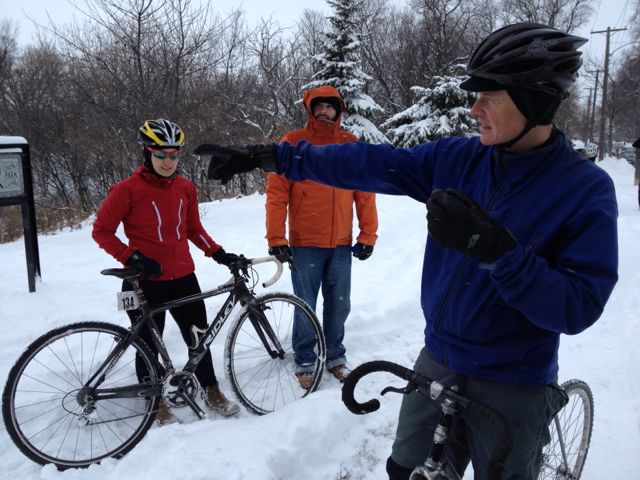 While the hubby is well aware that I am outside playing on my bike, I have not exactly told him I am going to a bike race. We are leaving for an important business trip tomorrow morning, and given the look I got leaving the house I’m pretty sure he would not approve of me calling from emergency with a concussion and dislocated shoulder. I should probably be careful.

We did four laps of the course, which took me approximately five eternities, considering about half the course consisted of snow too deep to ride through. Even Hal’s penalty-laden fat bike had to suffer the indignity of being pushed. 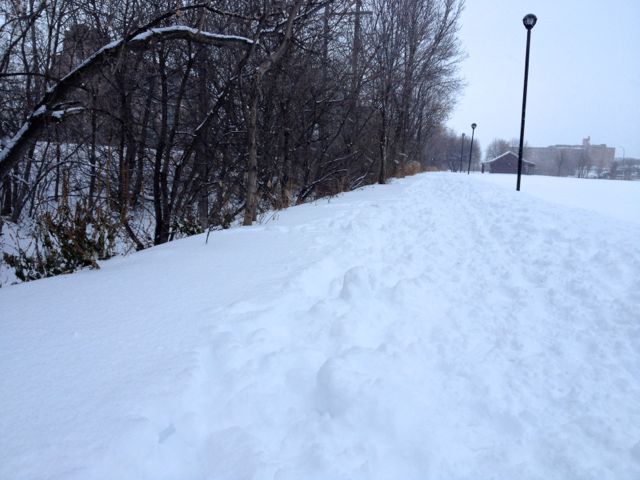 Did I win? Not unless you count backwards – but remember, this is not your average “the winner wins” race, so thanks to some creative descending technique in front of the judges, I won myself some sweet carbohydrate goodness. Turns out going outside wasn’t so crazy after all. 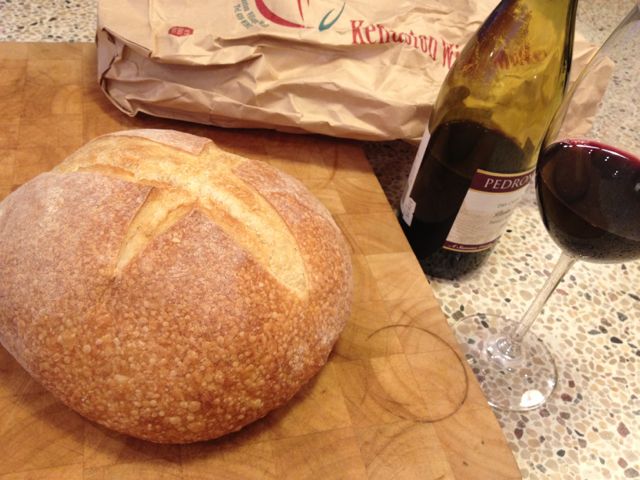 ← Anatomy of a Bike Cave
Life in the (Winter) Bike Lane →