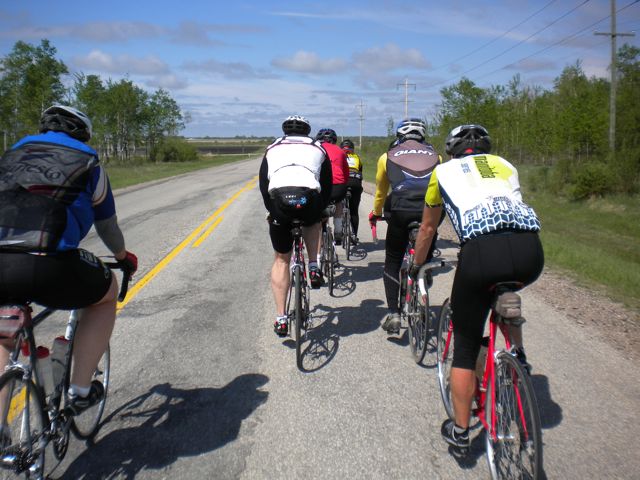 Having miraculously survived the Rapture yesterday, I had the opportunity today to ride with the Mennonites in Tights, a road ride group based in Steinbach, Manitoba. I was quite relieved, that is, until I discovered my survival was based entirely on the fact that I don’t quite cut the righteous mustard. Mennonites are generally devout, peaceful and good people, so if they didn’t make it either, I think the Rapture bar may be set a tad high. 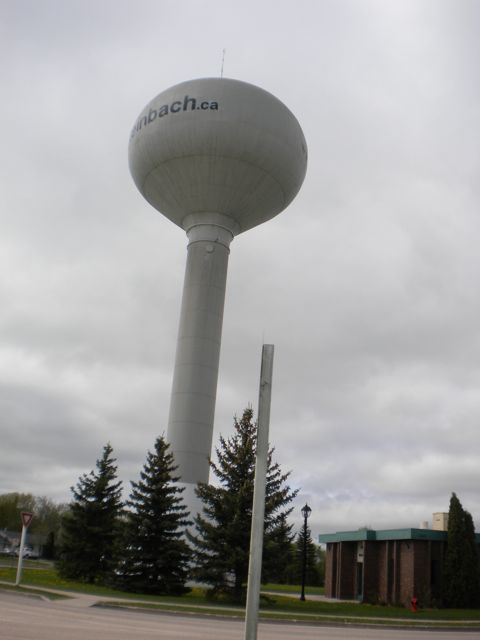 The weather was nothing like had been predicted, which these days is just so bloody predictable. Almost as predictable as shitty weather on the May long weekend. I think our group was either nine or eleven people. I know it was an odd number because there was always an extra spot at the end of our double pace line. I also know that by showing up I doubled the group’s estrogen quotient. 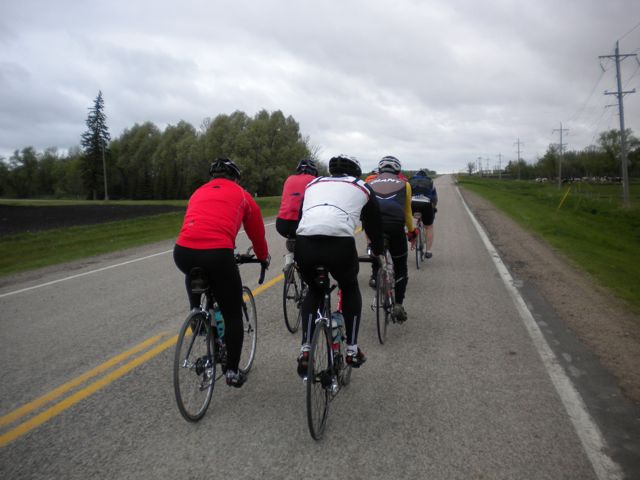 We rode into the wind, about 35km to Ritcher, where we stopped and had a lovely breakfast at the Cat Sass Tavern, probably the last place on earth I expected to find myself this morning. 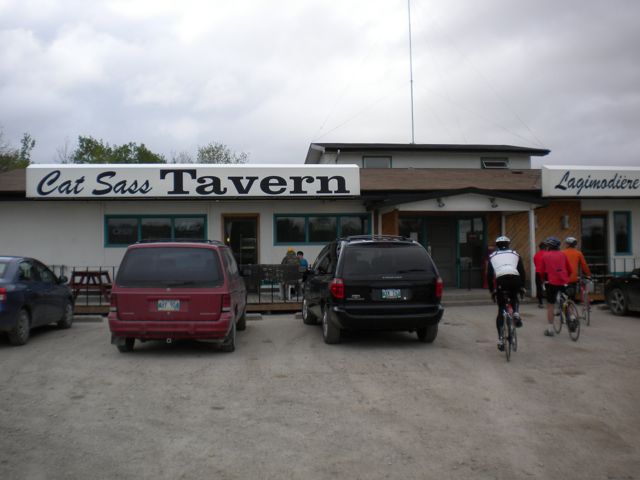 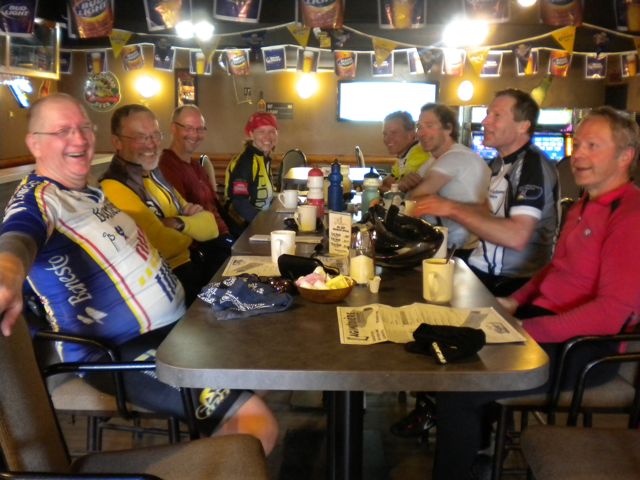 One of the best thing about road riding is the conversation. Among many other things, we talked about latkes, cross country skiing, vomit and Lance. There was some discussion about the current “situation” and someone raised the interesting comparison between liars and bullshitters, siting Harry Frankfurt (a philosopher at Princeton University) and his book on bullshit, aptly titled On Bullshit. In it he writes (I’ll paraphrase) that an honest man says what he considers to be true, while the liar considers his statements to be false. So the person who lies is responding to the truth, and he is to that extent respectful of it. The bullshitter does not care whether the things he says are true or false. He just picks them out, or makes them up, to suit his purpose. It was argued that while Hamilton and Landis were liars, and therefore caught and charged, Lance is a bullshitter and may actually get away with it. There was more to it than this, but that is the nutshell of what I overheard as we stood at the windy intersection of two country highways waiting for the traffic to pass.

In either case, I’m guessing neither the liars nor the bullshitters made the rapture cut.

The trip back to Steinbach water tower was fast, with a brief appearance by the sun and the lovely tailwind you always wish for at the end of a long ride. The morning held everything that makes for a great bike: some nice easy pace line riding, a few short sprint efforts, a brief echelon, head wind, cross wind, tail wind, good food and most of all, great company. Oh, and cows! 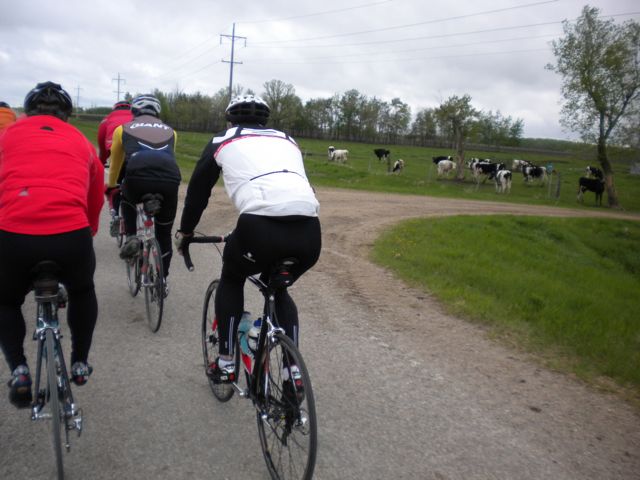 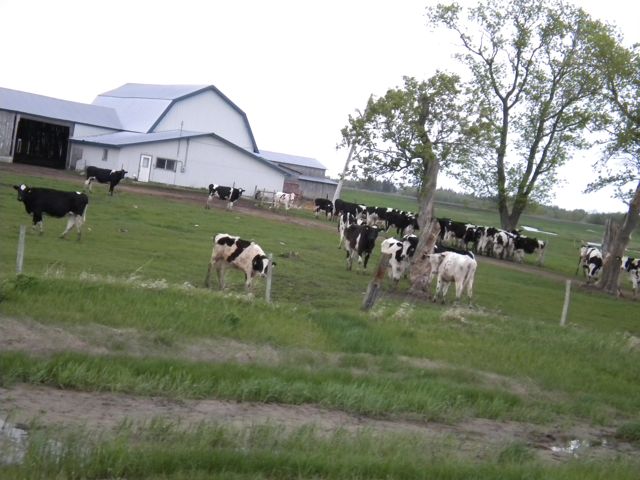 Huge thanks to the Men and Women(nnonites) in Tights for your hospitality and company today. See you soon at the water tower!