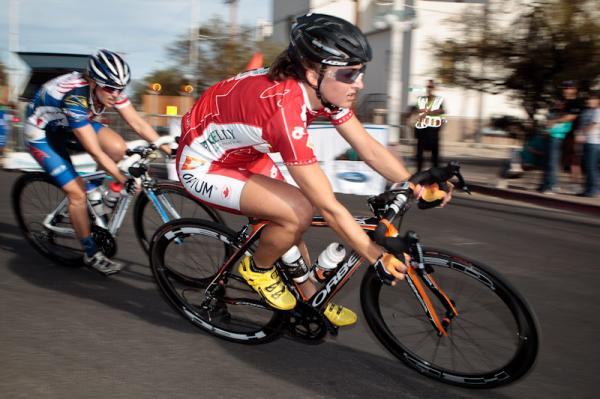 Every so often, and contrary to the normal state of affairs, there is a day that turns out way better than expected. Our last day in Tucson was one such day.

It just so happened there was a big bike race downtown that afternoon and evening. The Old Pueblo Grand Prix is part of the USA Crit Championship Series, which from what I can gather is a pretty big deal. Unlike any other races I have attended, this one was being ridden by actual pro teams, and people had come to watch. Lots of people. 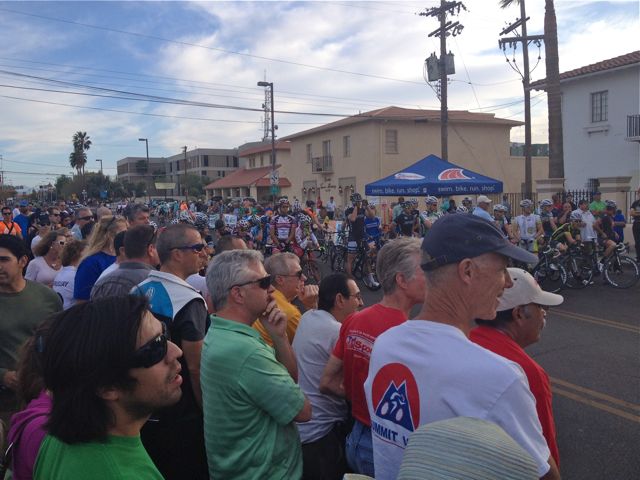 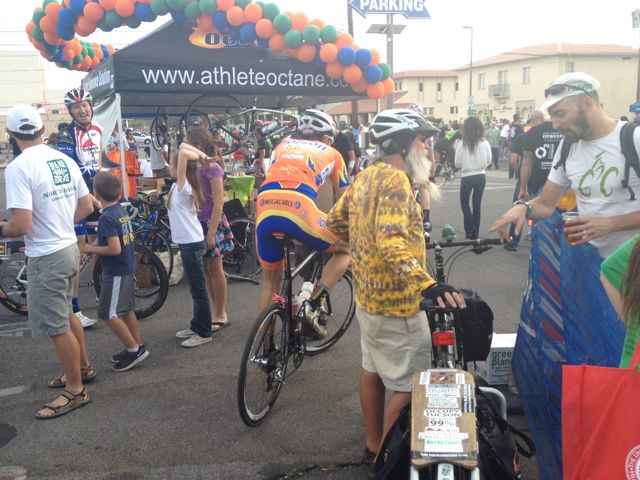 There were food vendors, a beer garden and several sellers of local crafty things and cool silkscreen posters – like this one that I bought, forgetting the nightmare of travelling with something you can’t pack in your suitcase for fear it will be crushed beyond recognition and covered with toothpaste. 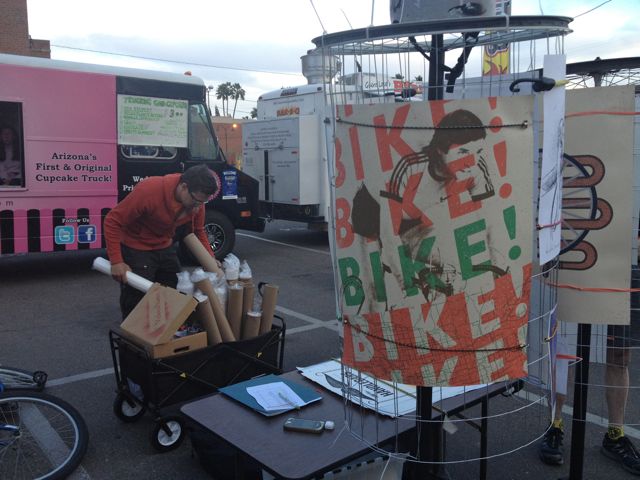 It also just so happened that fellow Winnipeg Chick Leah Kirchmann was racing. I found this out from Leah herself via Twitter. Learning I was in Tucson, she suggested I gather up some Canadians (which are as plentiful as hippies down there) to come watch the race. As luck would have it, that’s exactly what we were planning to do.

It was an amazing spectacle – when we arrived, the women’s race was already underway and forty-odd women were whipping around the closed course at frightening speeds. I had to manually unclench my buttocks as the racers screamed through the corners just feet in front of us. 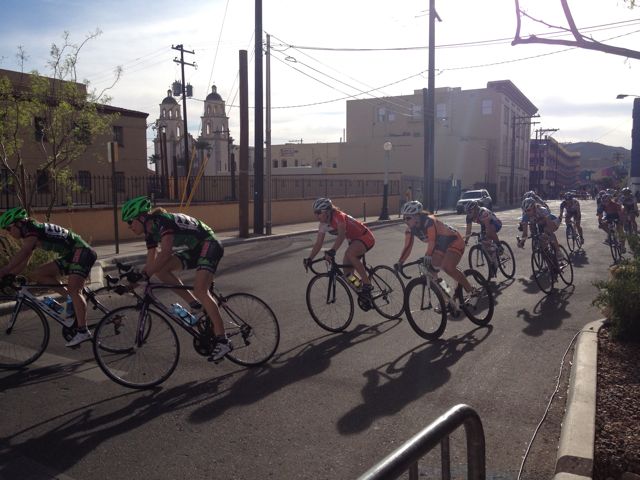 Leah was calm and smart throughout the race, never drifting farther back than maybe 5th or 6th spot, then coming out of nowhere on the last straightaway to totally smash the other girls in the sprint. It was beyond awesome. I remember turning to Ben towards the end of the race and telling him she was going to win. It was more a wish than a prediction, but it actually looks like I’m totally psychic.

In my excitement, I took this great shot of Leah triumphantly crossing the finish line. 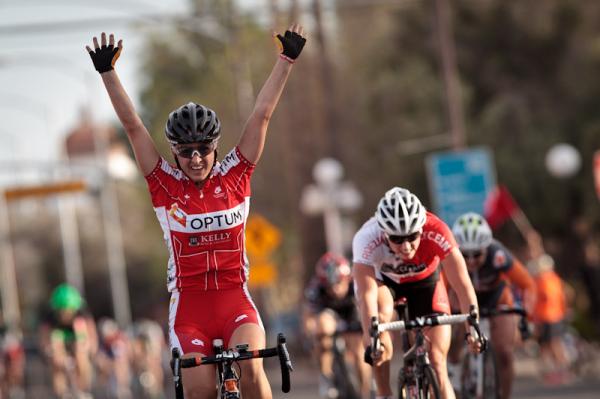 Just kidding. That photo (and the one at the top of the post) was taken by © Jon Devich for Cycling News. This is the photo I took: 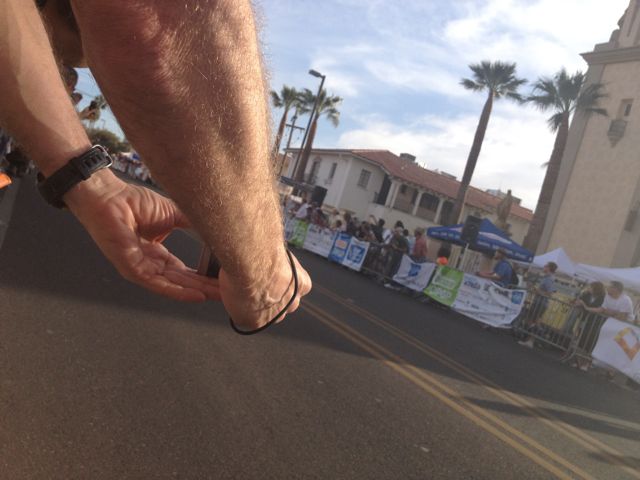 But the real treat was busting past security after the race with a curt wave of my hand and haughty “Don’t you know I’m from Winnipeg?” to meet Leah in person and get my picture taken with her. 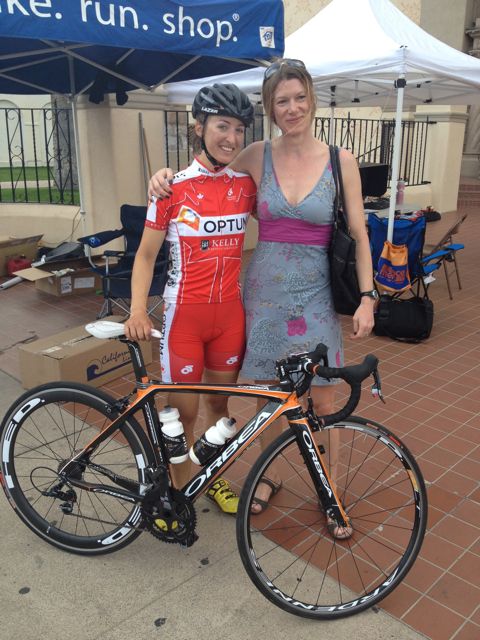 That’s me on the right, in case you were wondering. Supah fan.

Congratulations Leah on your spectacular win! It was crazy fun to watch you race and really nice of you to kill those other girls for the enjoyment of your Winnipeg fans.

Good luck with the rest of your season my dear. I predict great things.