Travelling always reminds me of how much I hate travelling. Hours and hours of waiting and discomfort. After months and months of waiting.

But arriving in good old Tuk-son (as it was pronounced by the girl at the Northwest counter in Winnipeg) made it all worthwhile. Brother Al and I walked out of the airport and into the 28 degree sunshine like two Chilean coal miners after a very, very long time in the dark. 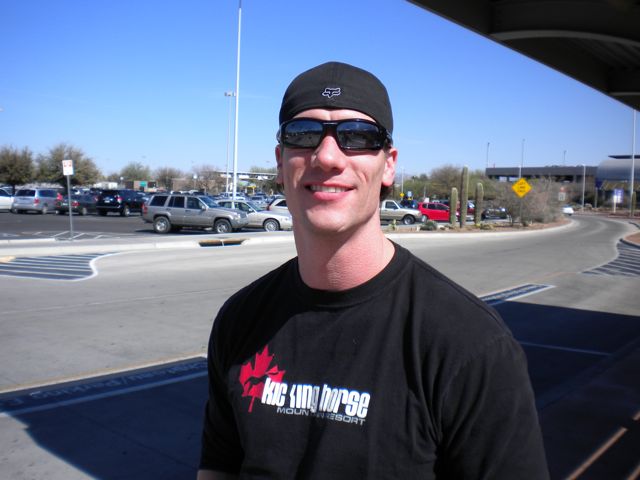 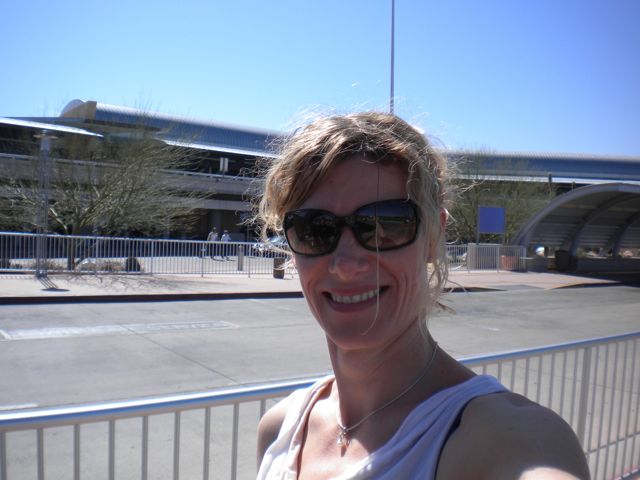 I hear they were calling for a blizzard last night in Winnipeg.

We arrived at the hotel and Ben, Michelle and Brian were already here, and bikes were being assembled. The mood was light and Ben tried he best to look unhappy for you folks back home. 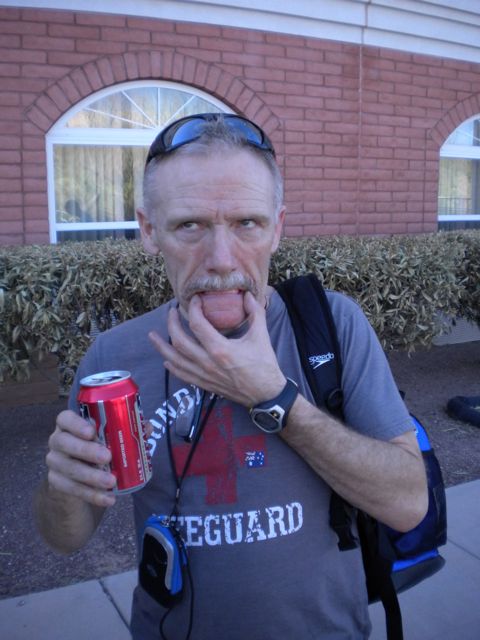 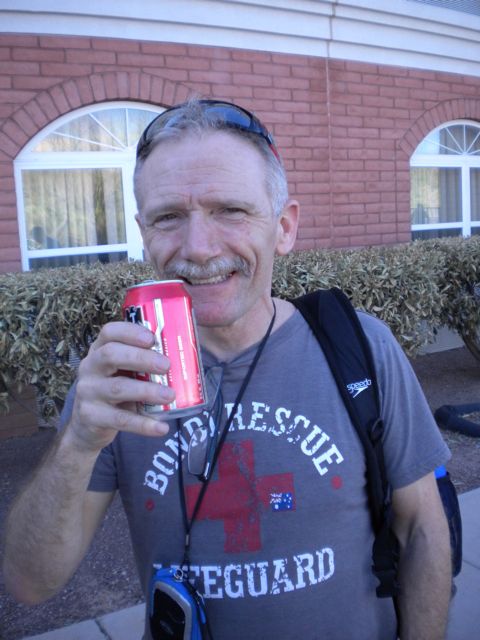 I walked around and checked out some of the local wildlife. 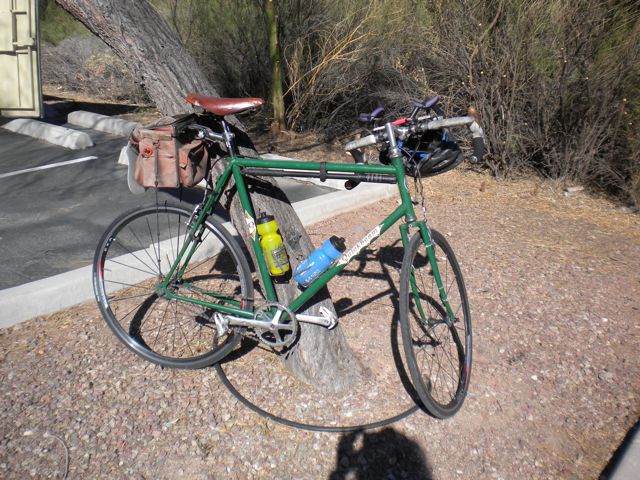 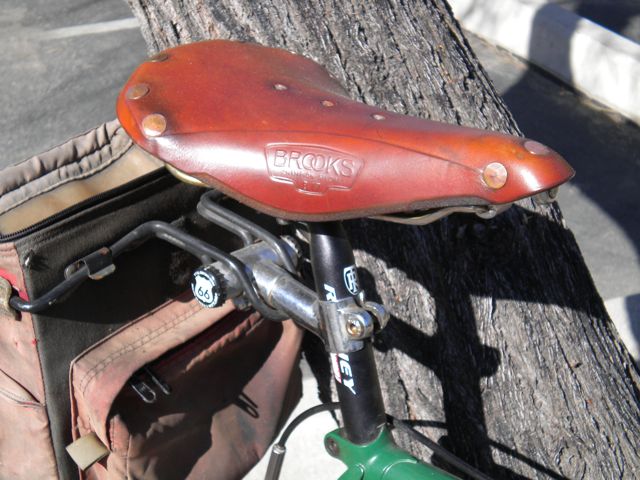 There is something about a Brooks saddle that makes me want to wear a silky robe and smoke a pipe.

Dinner at Cafe Poca Cosa for some excellent Mexican cuisine (we are a stone’s throw from Mexico Here) and drinks with fruit salad on top. All good considering that whatever this tour offers in terms of great riding (which is plenty), it lacks in good cuisine. 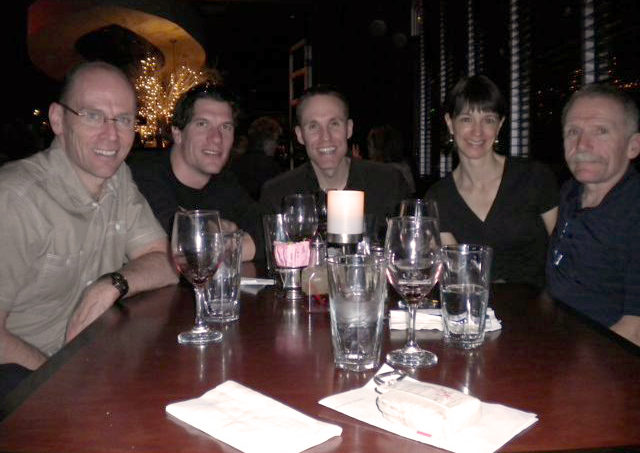 Back at the hotel we watched the somber news from Japan on the TV. The footage is incredible. Unreal.

We were all exhausted and I fell asleep at 8:30, sleeping until 6:30 this morning. Sleep lately has been hard, and it was nice to have a good night’s sleep, uninterrupted by the cat, who is no doubt missing his 3am feeding and visit. Perhaps I will bring home a pet coyote to keep him company.

Today we will ride some bikes.