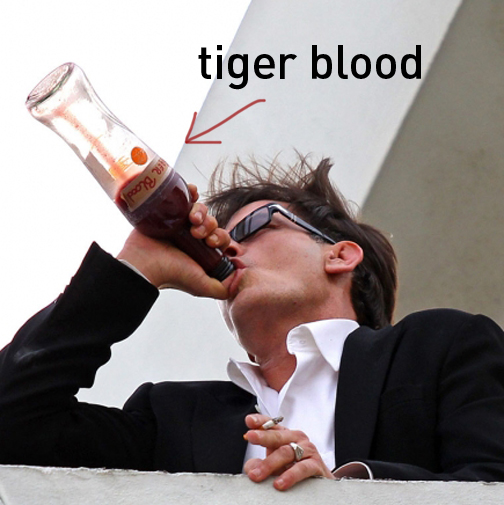 Let’s get something straight. I do not jump out of planes. I don’t juggle chainsaws, eat fire, or party with Charlie Sheen on weekends.

I ride a bike.

And apparently, to some, that makes me batshit crazy. I’ve heard it enough times from enough people that I had half started to believe it, but recently I have come to the conclusion that it’s not me that’s crazy, it’s everybody else.

When I started riding outside this winter, friends (cyclists and non-cyclists) told me I was crazy. Yet, when I ride inside on a trainer or rollers, winter riders think I’m nuts. (And let’s not even talk about what people are saying about me doing a 130 km race in February).

Mountain bikers and cross racers can’t seem to explain how I could possibly enjoy road riding, other than perhaps some sort of horrible mental defect. But my roadie friends think that riding cyclocross is for the borderline insane.

The roadies I ride with think I am crazy for racing criteriums. Many of said roadies ride two or three hundred kilometre brevets just for fun. I’ve done that too – which makes my fellow crit racers think I need to have my head examined.

The other day I had an uncle ask me when I was going to grow up. Considering this  particular uncle wears an earring and rides a Harley, I wasn’t too offended.

I’ve had girlfriends who’ve spent a small fortune on a white pouffy dress that they wore once – gasp at the cost of a carbon fibre bike. And guy friends chide me for spending a hundred bucks on a race licence, then blow thousands of dollars to WATCH OTHER GUYS play hockey.

And they call me crazy.