A Few (or Four) of My Favourite Things 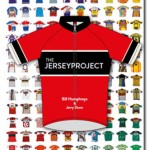 Being well aware of my unhealthy obsession with jersey design, The Dark Lord forwarded a link to an awesome new book entitled The Jersey Project, which documents cycling jerseys of historic or cultural significance from the sublime to the darn right hideous. I’m looking at you Team Footon Servetto.

Dubbed “The Coolest thing at Interbike” by Bill Strickland of Bicycling Magazine, I knew I had to have it – especially since it will likely be the one and only time I can afford the coolest thing at Interbike without selling a kidney. Unable to find a Canadian source, I sent an imploring twitter message to the author, who assures me my copy will soon be on its way. Thanks Twitter. In your face Santa. While the book does not include the Sweetest Jersey in the World, nor the soon-to-be-released Sweeterest Jersey in the World, I’m sure it will have some beauts. 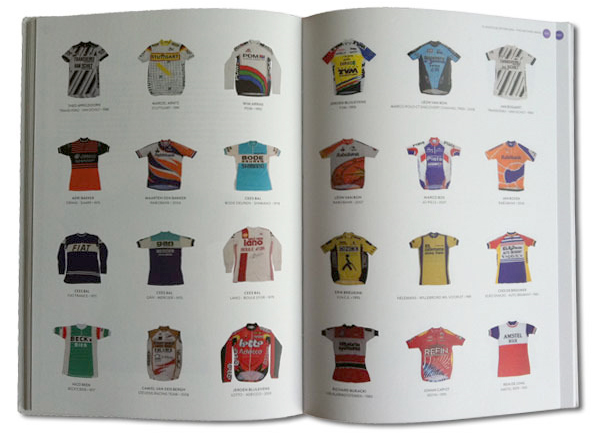 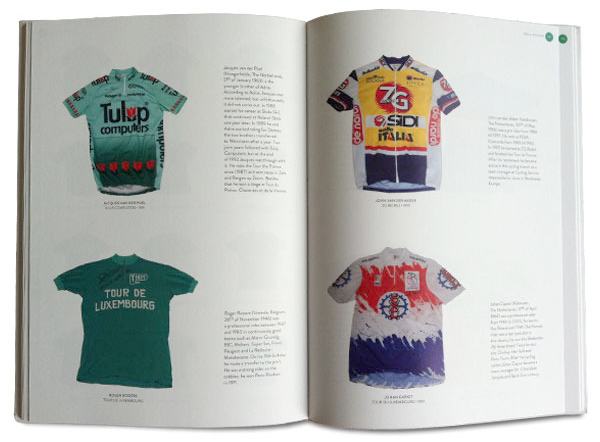 And then there’s these amazing French-made cast iron roadies that photographer and finder of all things cool Ian McCausland found and shared. 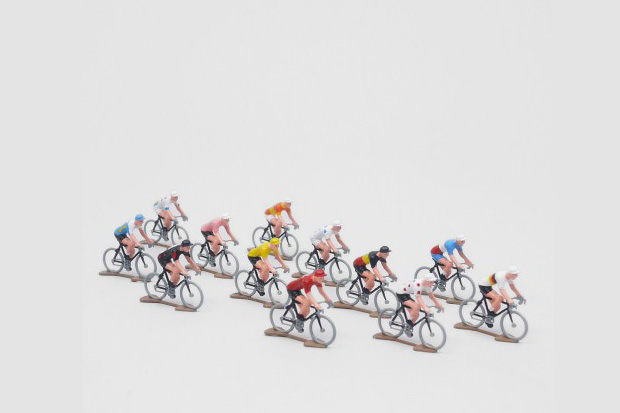 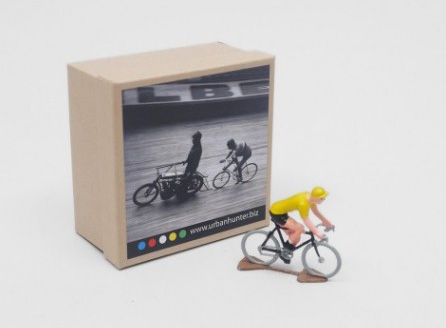 At 5cm tall, these adorable little cyclists are only slightly smaller than the real thing, and would look great perched on top of my monitor at work (you can’t legally practice graphic design without having geeky figurines perched on your monitor). Maybe I’ll invite them to do an alleycat in New York with the dinosaurs. 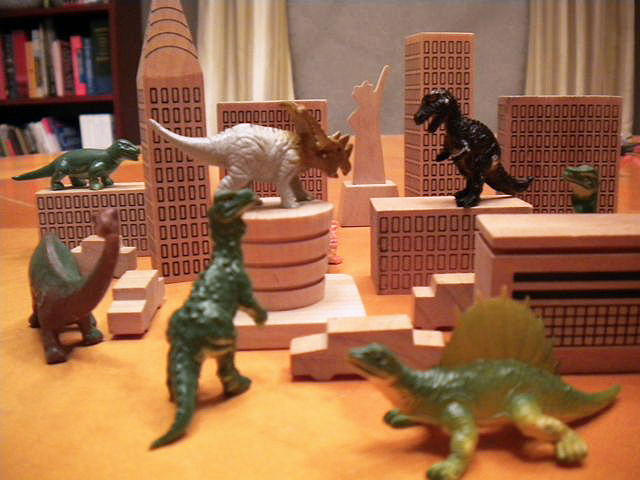 The mini peloton figures are usually available from Present London, but the last time I checked they were out of stock – hopefully because Santa already bought them all for me.

A lapsed fashion designer, my friend Megan is one of the most connected and fashion saavy women around. How she puts up with me running around in lycra shorts with ass padding I’ll never know. In addition to being über stylish, Megan is also very practical, and recently told me about a friend of hers in San Francisco who makes these beautiful and warm wool cycling caps. Like I needed another reason to run away to San Francisco. 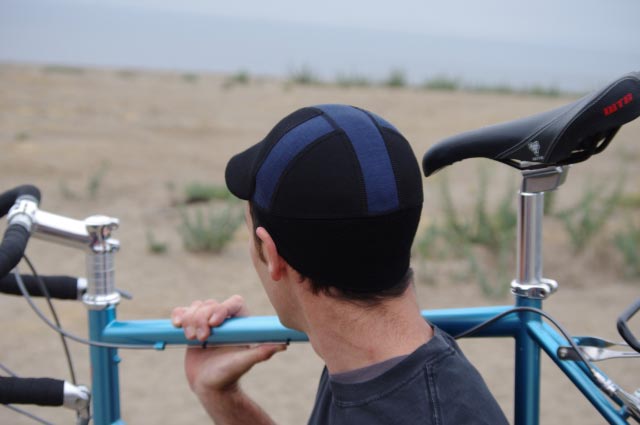 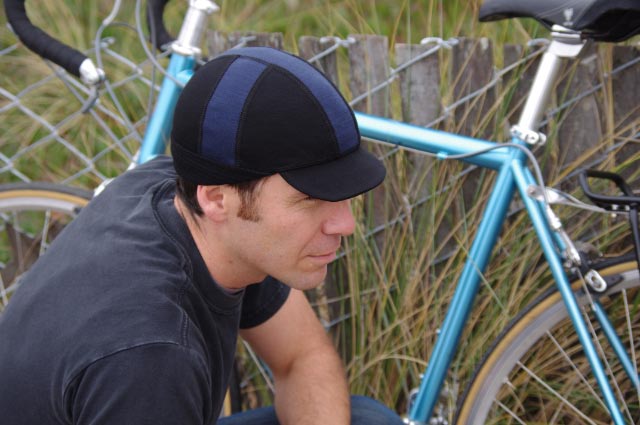 These beautiful caps are hand-made by former pro racer Matt Smith of DiSanto Clothing, from the finest New Zealand Merino wool. Wool is one of those amazing materials that seems to defy logic, keeping you warm and dry in the cold, and cool and dry in the heat. My friend Gina in Greece has a flock of sheep (her Greek husband bought them for her for their anniversary and didn’t get laid for a year) and tells me they are the stupidest mammals on legs. Perhaps making wool useful is God’s way of keeping sheep safe from our friend Mr. Darwin. If you have time, read this great interview with Matt about his caps, and his experience as a pro racer in the 1980’s. 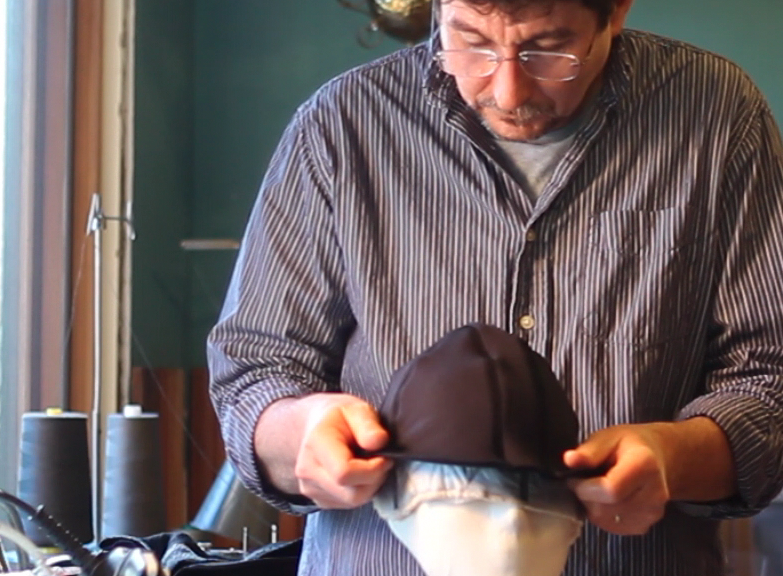 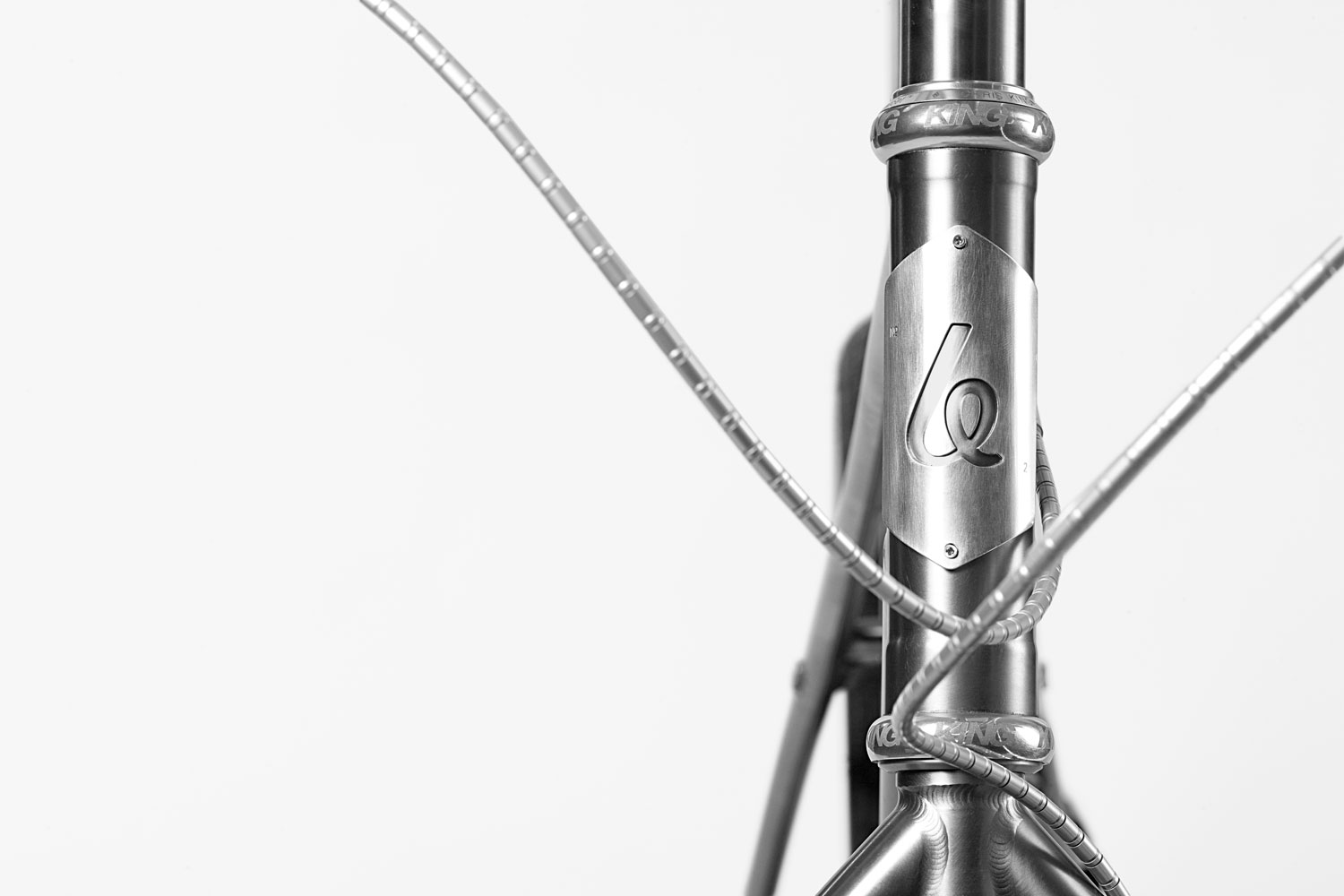 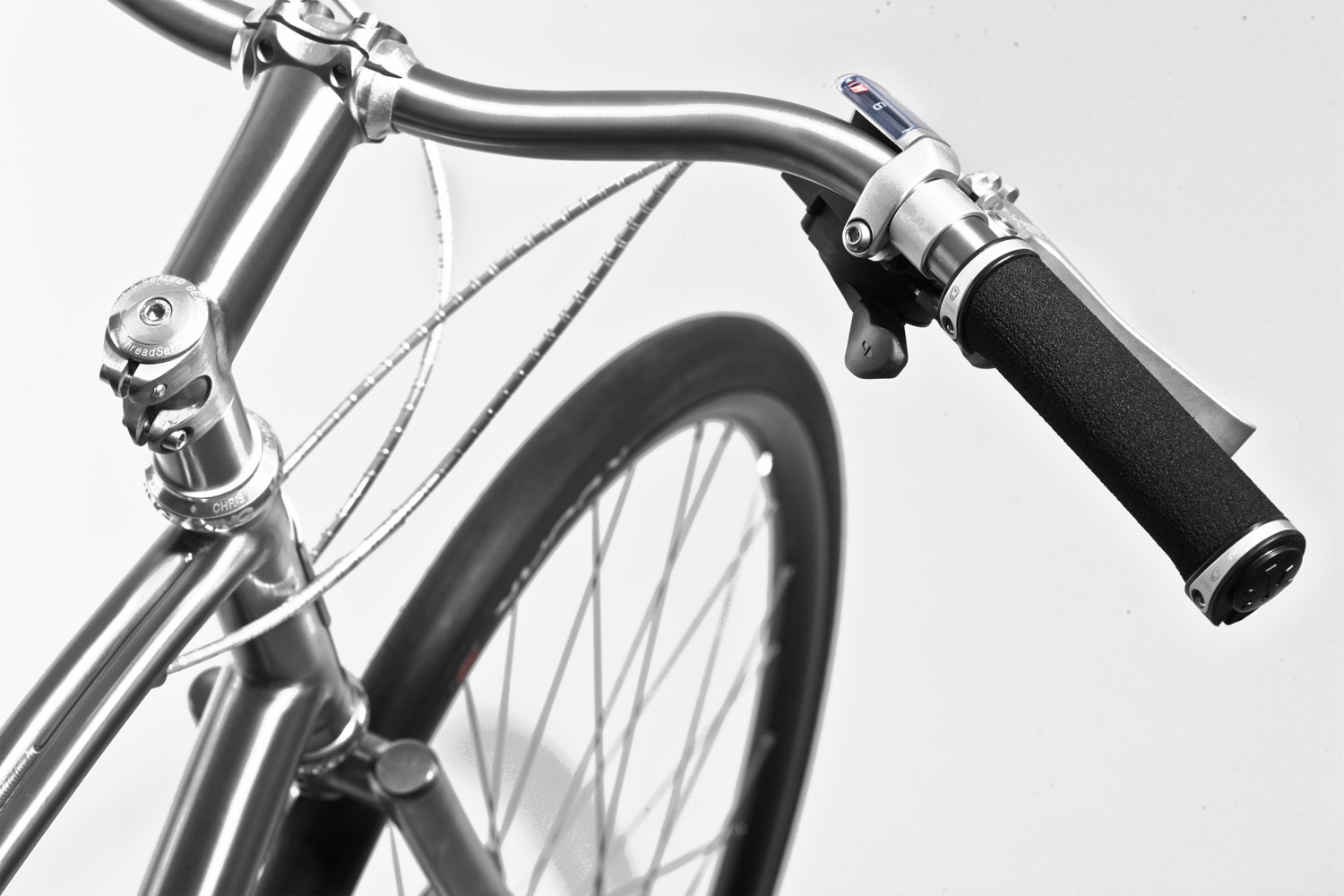 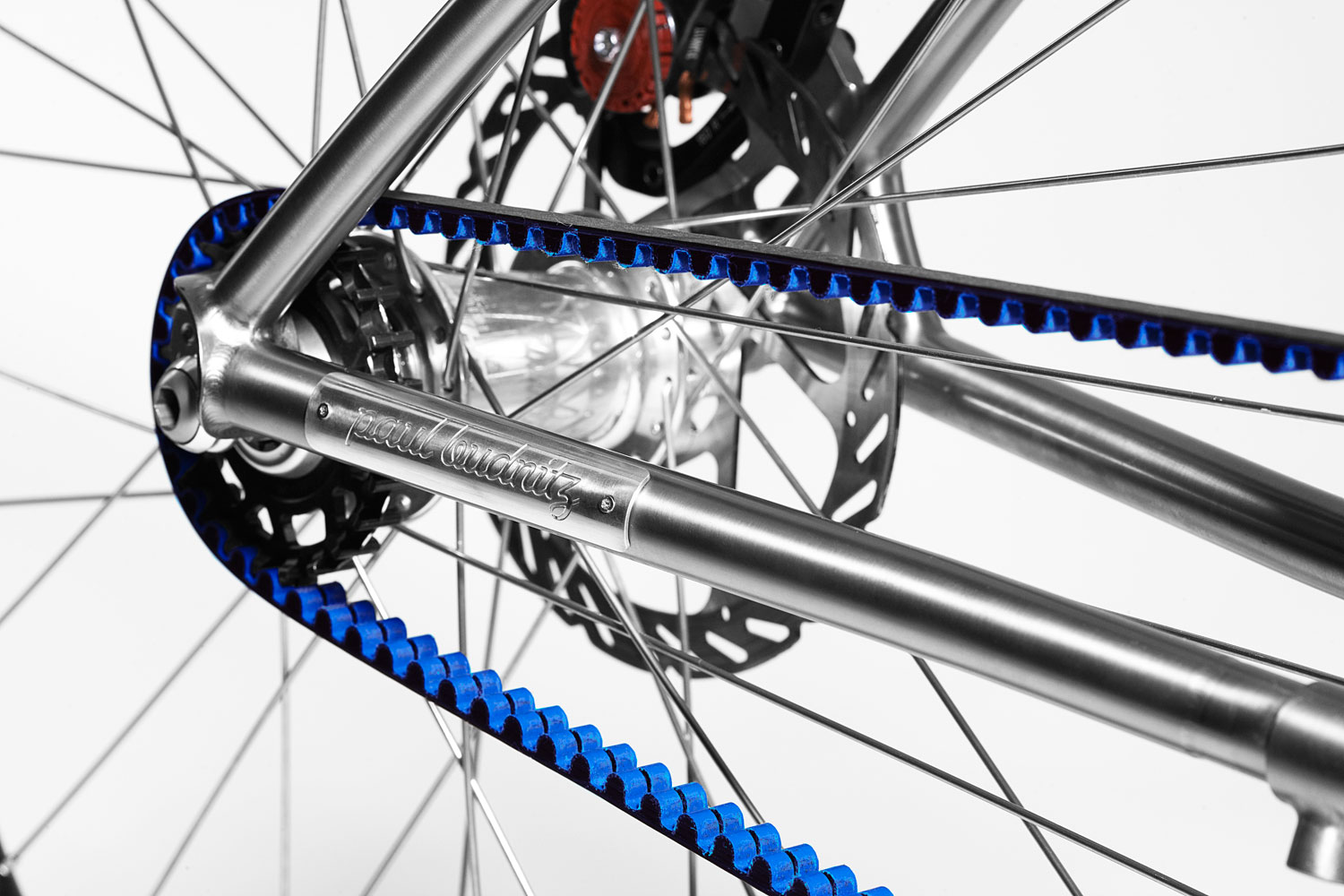 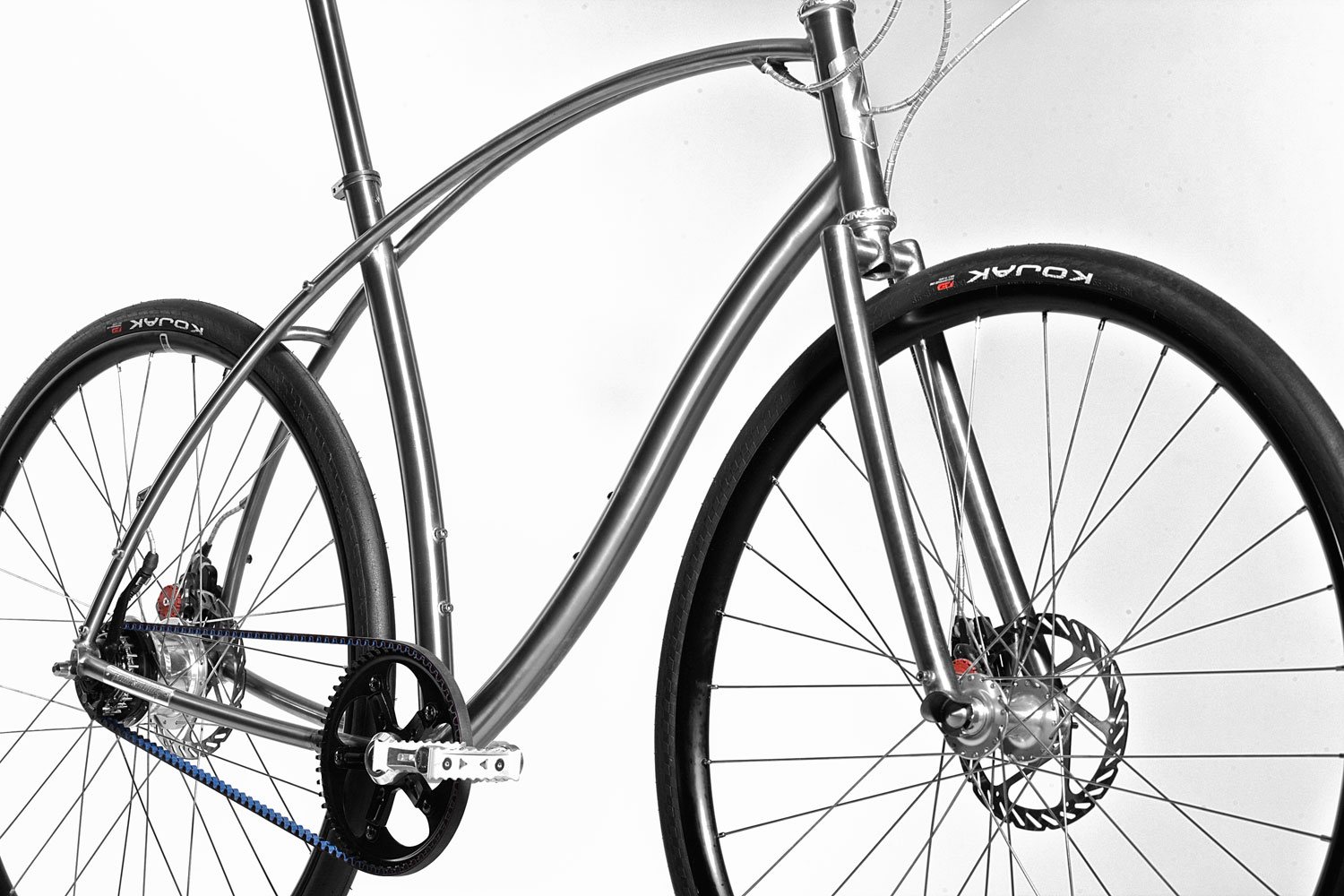 Paul Budnitz makes, among other things, the most delicious titanium bicycles I’ve ever seen. I have a bit of a thing for titanium – the soft ride and glittery naked metallic finish make me feel as funny as Andy Schleck watching a train enter a tunnel. Paul Budnitz also lives in New York City. I have more than a bit of a thing for New York City. I silently closed my office door to ogle his website in privacy. It was good. Very, very good.

Thanks people. I hope you’ll understand when I come knocking on your door because the bank has repossessed my house. I also hope you have room for all my cool bike shit.