So it’s the start of July, and we all know what that means. Your morning productivity is going to drop to zero, and none of your ‘normal’ friends will want anything to do with you for the entire month. It’s Tour time!

It’s the first day of the Tour de France and I’m out at the CycleChick country estate, enjoying some fresh air mixed with a generous helping of smoke from the massive fires burning down most of Saskatchewan. In our little family commune (which looks suspiciously like a trailer park) there is one satellite TV, which happens to belong to my in-laws. Thankfully they seem to like me, and better yet, they like watching the Tour.

But this morning there is trouble brewing. As much as my mother-in-law likes me, she like pro tennis more, and this morning is a big day at Wimbledon. When I show up with both my hat and my coffee in hand (I love my mother-in-law, but she makes the weakest coffee on the planet), Federer has already won the match. I pretend to be excited and quickly change the channel. Rather, I ask my mother-in-law to do it because I have no idea how the satellite TV works.

The prologue is well underway when I tune in, and rider after rider is being shot out of the starting tube like lycra-covered Nerf rockets. I hate time trials. Or rather, I hate DOING them. Watching the pros do them is another matter entirely. Sleek, muscular legs working like pistons to push out massive watts in perfectly smooth circles… is it getting warm in here? Clad in the latest technology from head to toe, they are wearing and riding the most cutting-edge aerodynamic engineering that money can buy. And yet somehow, they still look ridiculous.

Although many people do, I find it hard to hate Phil Liggett. He’s like that doddering eccentric old uncle who might have been bright at some point, but has quite completely lost his marbles, yet everyone continues to indulge him. He may not be able to tell Geraint Thomas from Betty Grable, but for me, he is the voice of the Tour. I was pretty bummed out not to hear Sean Kelly’s musical lilt (“we have tirty-tree kilometres to go now…”), but equally thrilled to hear Jens Voight’s oh-so-charming butchery of the English language in the rare spaces between Uncle Phil’s erroneous pontifications. Shut up Phil.

Having said that, I’ll admit I am coming in to the Tour this year totally cold – maybe even colder than Phil, so I guess we’ll both have to just learn as we go. The minions are uncommonly talented and attractive, but not necessarily known for their fact-checking, so if you want accurate, serious, and non-biased Tour information, read Cycling News like everybody else.

Without further ado, here are the four favourites:

Nairo Quintana
Columbia (Movistar Team)
He’s, like, 12 years old and kind of looks like a little Aztec doll, but this guy can climb circles around pretty much everyone else. Media have spun him as rags to riches story, implying he was some barefoot waif who rode a rusty old bike 600 miles everyday just to get medicine for his dying family or some such shit. This really pisses the guy off, since he basically came from a middle-class family and rode his bike to school because he thought it was rad. He’s big into humanitarian and gender equality issues, which makes him tops in my books. Plus he kicked Contador’s ass in Tirreno-Adriatico in March. 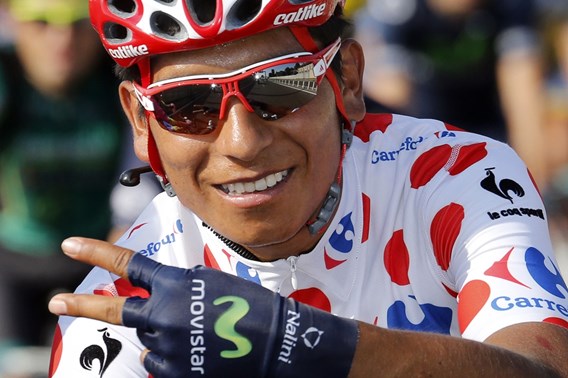 Alberto Contador
Spain (Team Tinkoff-Saxo)
Quintana may be the quintessential good guy, but every good story needs a villain and Contador fulfills that role beautifully. I really love to hate this guy. He won the Tour in 2010 and promptly had it, as well as the 2011 Giro win taken away because he tested positive for a banned substance, which be blamed on a tainted steak. He’s been going gangbusters ever since though (cough), and his goal this year is to win both the Giro and the Tour de France – a feat that has not been done since Marco Pantani did it in 1998 (cough, cough). With the exception of the one he crashed out of and the ones that were taken away, Contador collects grand tour wins like Pokemon cards. I hate to say it, but the guy is very, very good, even if he’s very, very, bad. 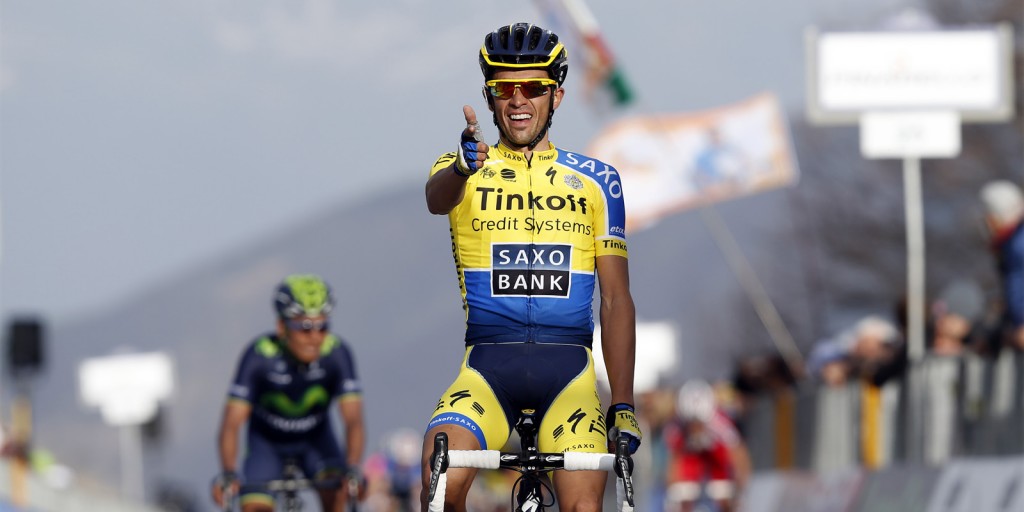 Vincenzo Nibali
Sicily (Team Astana)
Last year Nibali (is that the worst Italian name ever or is just me?) won the Tour after pretty much everybody else crashed out. Was it luck? Seems to me you don’t want to fuck with the Sicilians, so we’ll just leave it at that. Coincidentally, Team Astana has had more dope-related troubles than the dealer from my high school. Even the day before the tour Lars Boom raised eyebrows with his low cortisol levels – not a violation per se, but enough to make headlines. Regardless, it does appear his teammates might have been too high to notice their leader flat on stage 2 today, and basically left him to fend for himself while they went in search of a 7-11 to get some munchies.

Chris Froome
Great Britain (Team Sky)
After schooling team leader Sir Wiggo in the 2012 Tour de France (he came in second, but only because he had to wait for stupid Wiggins), Froome won the Tour in 2013. In addition to being an absolute monster, he’s kind of a bad-luck guy – often plagued with illness, and a bit on the crashy side – something that took him out of the Tour last year. Maybe that’s why he’s a bit of a softie, preferring luxury motorhomes to the usual hotels arranged by the organizers. Oh and apparently he has a really cute cat. In fact according to a recent article in Bicycling Magazine, it has its own Instagram account. Must have been a slow news day. 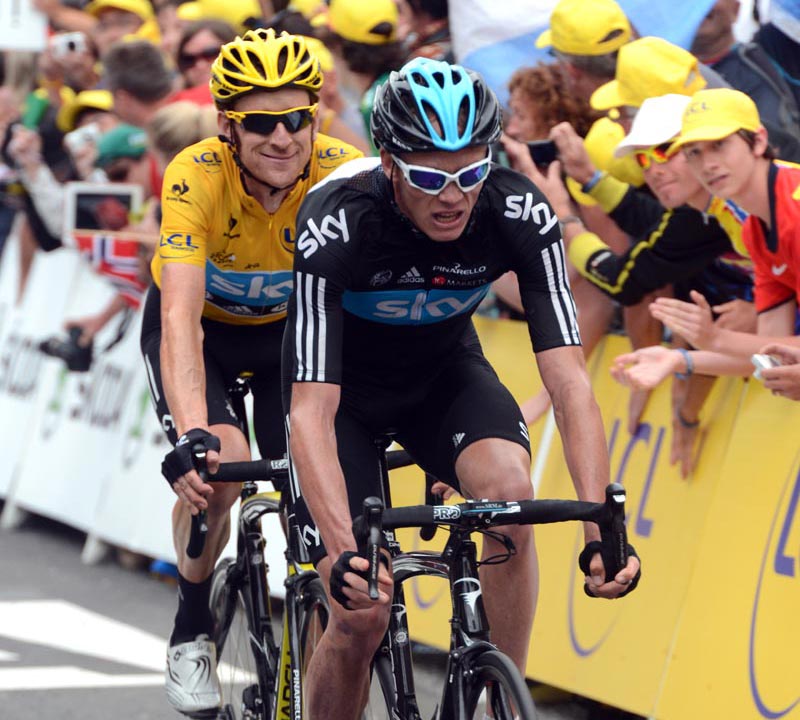 It’s nice to see four solid contenders – especially since top riders can be such drama queens, and good drama makes for good spectating. Quintana is already pissed at Nibali for a snarky comment he made about the fact that Quintana trained at home in Columbia, instead of hanging around with the cool kids in Italy, and Quintana has implied that Froome is “kinda slow”. Meow.

Of course time will tell, because in bike racing anything can happen, especially if that race is 21 days long and has over 200 riders. With a high probability of crashes, mechanicals, illness, and doping scandals, it’s anyone’s game. My money is on Betty Grable.