Aside from the distraction during my workday and trying to keep all of the Italians straight, I am thoroughly enjoying the Giro D’Italia right now. So much so, I am almost tempted to wear pink. Almost.

At our post-ride coffee this morning we were discussing some of the highlights of the race so far. I was pleased to share my favourite Giro moment to date – the end of Stage 2, where there was a dramatic finish between sprinters Mark Cavendish and Alessandro Petacchi (one of the few Italians I can actually remember). Petacchi was weaving all over the road like a drunk teenager in a minivan after shooter night, thereby blocking the Manx Missile’s efforts to cross the line first. Petacchi was jubilant. Cavendish was not. 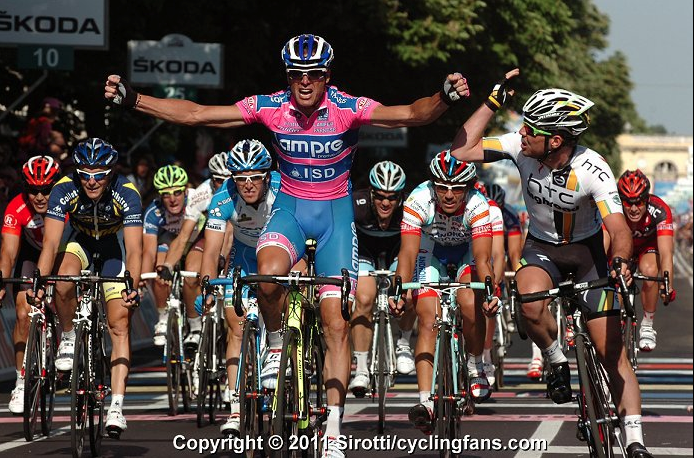 Having maintained the overall lead in the race in spite of missing out on the stage win, Cavendish was still obligated to participate in the customary presentation of the Maglia Rosa (pink jersey), complete with pretty podium girls and champagne, perfectly captured in one of the funniest cycling photos ever. 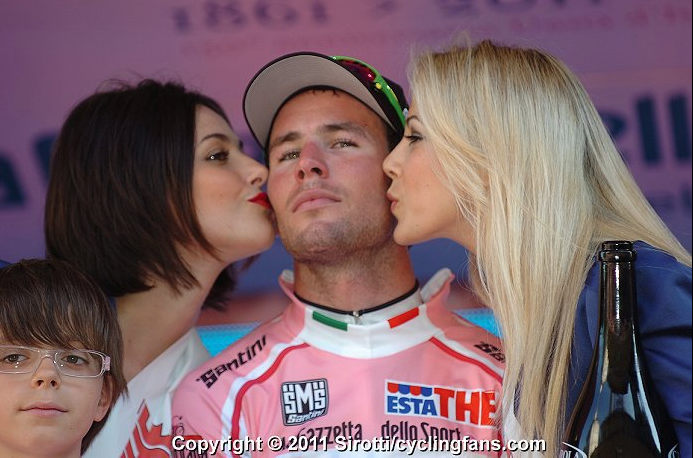 Poor Cav – sucks to be you. I bet after this picture was taken he grabbed the bottle of champagne, pushed the girls and the little kid off the stage, and stomped off to his trailer to de-friend Petacchi on Facebook. Awesome!

Sadly, now that the Giro has gotten all “mountain-y”, the sprinters have gone home and I have to rely on the Italians once again to keep things interesting. Which I’m sure they will, whether I can keep them straight or not.